Yesterday Origins is a point and click adventure game with a large amount of puzzles to solve and a fantastic story to follow. The game is quite lengthy, which is always great for entries in the genre! Are you up for the challenge? Come read our Yesterday Origins review to learn more about this clever release!

The game consists of a Prologue Chapter followed by another six chapters where the plot grabs you and never lets go until the end. This is one of the hardest adventure games I have ever played, but a very satisfying one in the end. Sure, it might show a bug or glitch here and there, but it’s certainly not a deal-breaker for me! And now, let’s explore what the story is about, shall we?

You play as a couple: John and Pauline Yesterday. The story is told over a few centuries. John and Pauline are a couple who can literally end up living forever. As the game opens in the Inquisition Dungeons, you take on Miguel during the 1400s. He was captured and imprisoned by the Spanish Inquisition. Why? Because speaking many languages is apparently a crime. After solving a few puzzles, you’ll fast forward 500 years to present day with John Yesterday in his house with his wife, Pauline. John loses his memories with each death, while Pauline can retain all of her’s.

The story is quite lengthy, and I must be careful when I talk about it as to not to spoil the game for you! You will meet a large array of characters, and solve many, many puzzles along the way. The game is very engrossing and engaging. The solutions to its puzzles are never obvious, so you’ll need to take a deep breath and think outside the box to succeed! 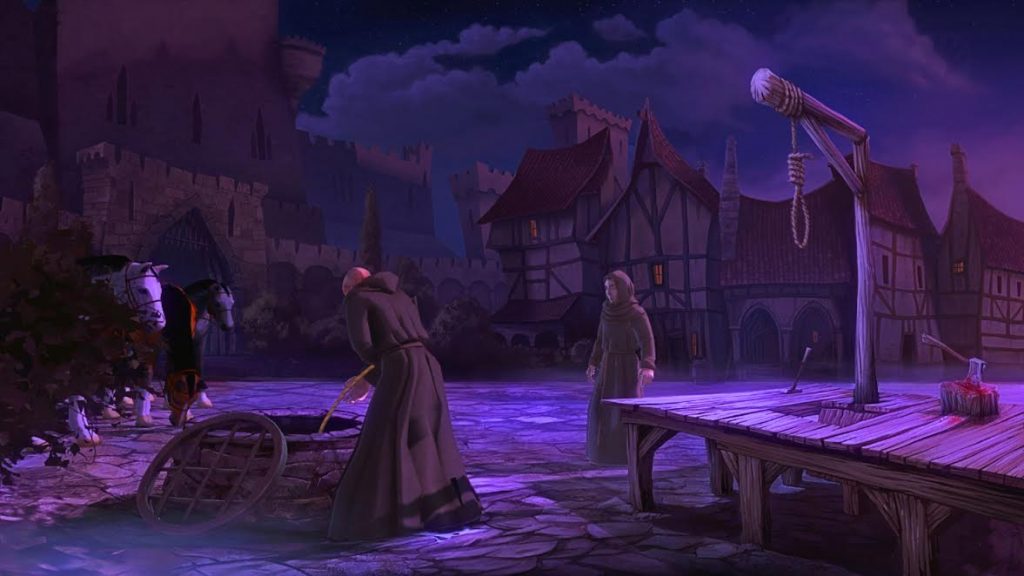 You will collect many items, as is to be expected from a point and click game. You’ll also be able to combine them to create something useful. For example – and this is just one puzzle I’ll spoil for you – early in the game, back in the Inquisition Dungeons, you are in chains and need to free yourself. After doing this, you’ll have to distract the guard. If you’re clever, you’ll manage to make the guard throw his beer tankard into your cell. You then combine a poisonous frog and the tankard to make the guard hallucinate so that you can go free! You can now see why that puzzle took me a bit to figure out! You can expect more mind-bending puzzles like this one as you progress through its story.

As for the bugs I mentioned, I encountered one where characters would talk, but their mouths didn’t move. It was very strange, but fortunately, it only happened a couple of times – it is easily rectified by pausing the game. The story is really good, so this bugs were something I was able to look past. 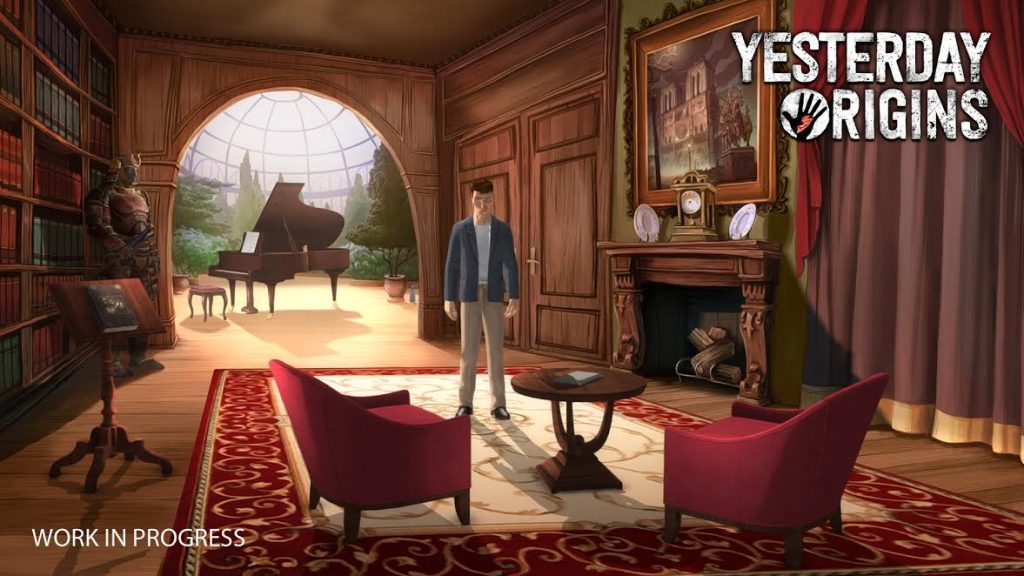 Overall, the game is fantastic and lengthy. This is not a short game! I’m at well over 12 hours in the game and still have a lot to do! And yes, the game does indeed have a Platinum trophy. Unfortunately, this game has a ton of missable trophies, so good luck with your trophy run! I highly recommend that you purchase this wonderful point and click release for your PlayStation 4. I love the genre, and writing this Yesterday Origins review has been a great way to end my month! 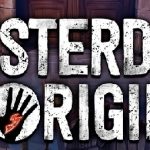 Disclaimer
This Yesterday Origins review is based on a PS4 copy provided by Microïds.