Super Dungeon Bros is a roguelike dungeon crawler that is highly addictive. You will spend hours and hours playing it without realizing how much time has passed! This release is far easier to play with a friend or with a group of up to four players in either online or offline co-op. Sure, you can absolutely play the game in Solo mode if that is what you prefer, but playing with a group is best. Want to learn more about it? Then come read our Super Dungeon Bros review!


You and three other buddies have a choice of four characters to chose from, all named after rock stars. The story is quite interesting and humorous – you will see this just from the opening cutscene. The brothers are having a party when they get a message that they are to go on a mission. Their sole purpose is to go through the three dungeons and rescue the Rock Gods. Their reward for completing this mission? They will become rock legends.

At the start of the game, you can only use two weapons: a crossbow for long range combat or a broadsword. The broadsword is the best choice when you’re just starting. You attack by using the Square button and perform spin attacks with the Triangle button. The crossbow, on the other hand, is too slow for my taste. You also have to manually reload it which is far from ideal when overwhelmed by the horde of the undead. 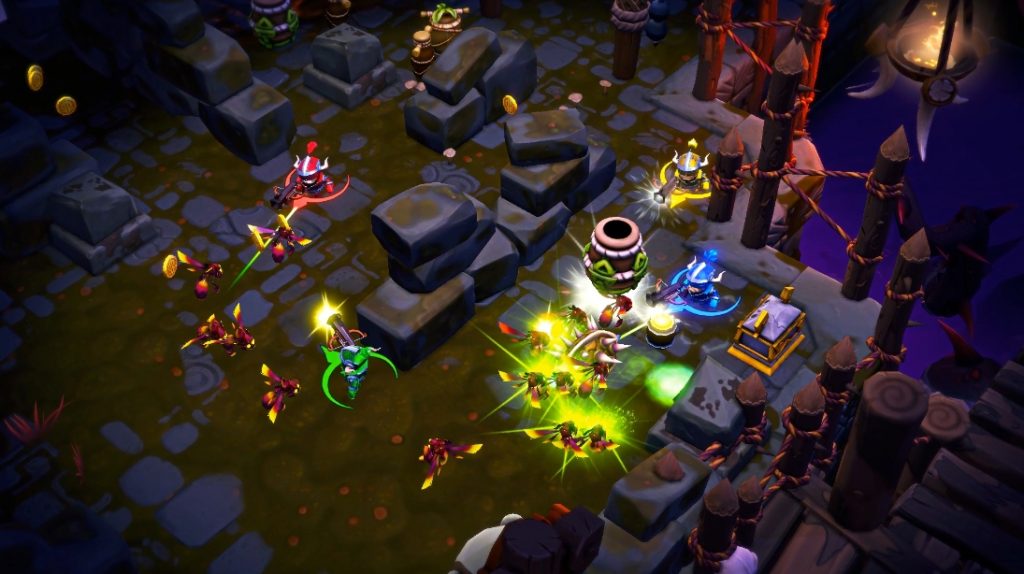 You are unable to run, but you can jump across gaps. If a gap is far too big to jump over, there is usually a switch nearby to bring up a bridge. You can cross safely but, thankfully, your enemies can’t. You can dodge attacks, but this is only available a couple of times before you get dizzy. New weapons are unlocked once you have found enough gems, but if you’re playing solo that could take some time.

You start each game with four lives, and on each floor, you can purchase additional lives or replenish your health meter before moving on. You can also find beer by smashing objects, and it will replenish your health meter a little bit. If you die, you lose a life. Once you have used up all your lives, then it is game over. You’ll then be taken to the results menu and, if you have enough gems, you can unlock new and better weapons, hats and more. 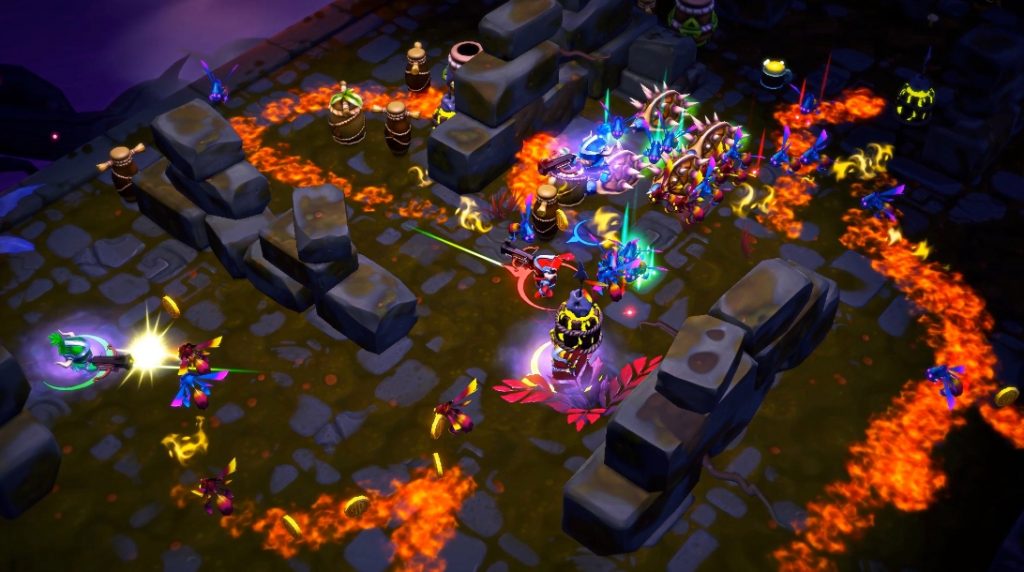 As mentioned before, the game is a roguelike so if you die you lose any upgrades that you have purchased and will have to start again from scratch. On the plus side, you keep your gems and anything you have unlocked. And if you are playing with friends you can be revived without losing a life – another good reason to play with a buddy!

Each floor of every dungeon has a gold treasure chest with gems and coins, and they are absolutely worth going out of your way to loot. Also at the end of every floor is a purple wormhole which is your exit to continue going deeper into the dungeon. You’ll also run into some nasty bosses that are extremely difficult to beat. You’ll probably die several times as you learn more about each boss, so patience and perseverance are a must. 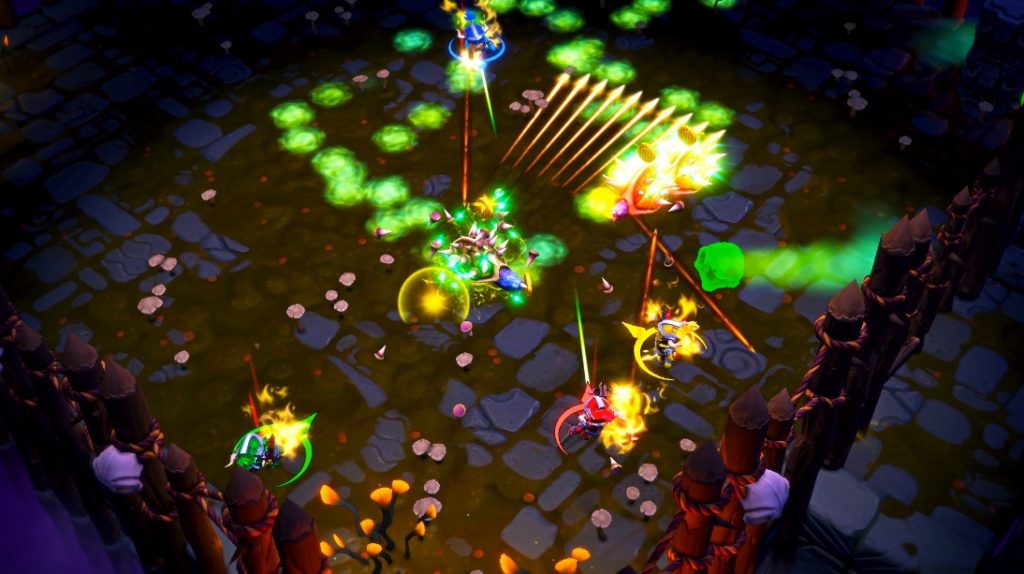 The enemies will come at you in hordes, and they will pretty much always overwhelm you if you’re not careful! On the right side of the screen is your threat meter, and the higher that goes, the bigger the horde becomes. If you don’t escape when the meter is full, they will keep on spawning until you either die or manage to find a way to get far, far away. This might not sound like a game for everyone since the gameplay is very frantic, and you’d be right. But if you give this one a chance I’m sure you won’t regret it!

To add replayability to the game you can complete the daily and weekly challenges. These will allow you to earn some quick and much-needed gems. You can do the challenges either online, in local co-op or solo. The further you go the more gems you will earn – they are very fun with the dungeon layout being very random. The weekly challenges are the harder of the two and will pit you against tough enemies. I have done quite a few daily challenges, and I was able to unlock three new weapons, so it’s certainly the easiest way to farm gems. 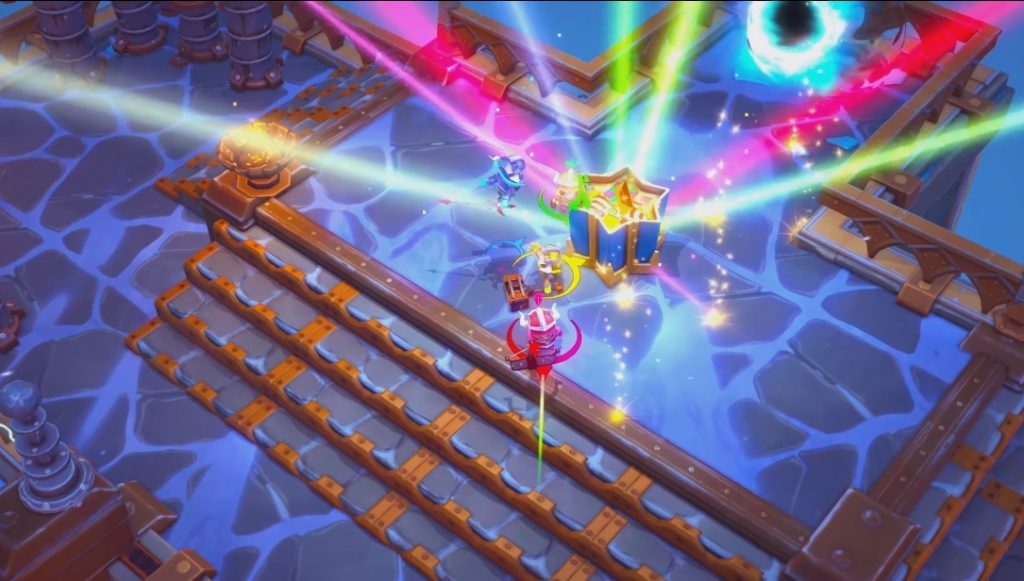 This game is a lot of fun if you have the patience and skills for it. The music is awesome and greatly complements the experience, but I do feel that the story could have been expanded a bit between each floor. That would be my only complaint for this game after having played it for my Super Dungeon Bros review. 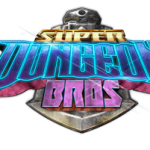 Disclaimer
This review is based on a PS4 copy provided by Wired Productions.