Do you like a challenge? Are you sure? Then you should definitely play the latest release from Renegade Kid and Nighthawk on PS4 and Vita. Why, you ask? Read our Mutant Mudds Super Challenge review to learn why!


In this game, you play as Max, a blonde boy with glasses. He has a water gun for a weapon and a Jetpack to get around each level. Max is on a quest to stop the Mudd creatures. He must collect the water sprites in each level to do this. Other than the game’s introduction and ending, it is a pure platformer with no dialogue – voiced or otherwise.

There are a lot of enemies and a lot of traps and hazards to overcome. Max can shoot water pellets at enemies and press the X button to jump. Pressing the button again will activate the Jetpack so that he can hover a bit. The Jetpack only allows you to glide for a few seconds – just enough to avoid danger here and there. 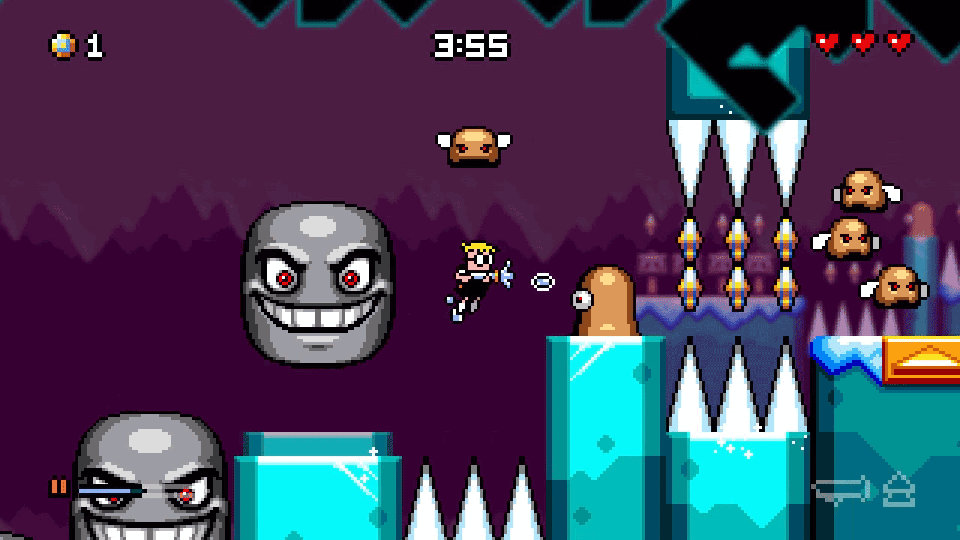 At certain points in the level, you can also switch planes. There’s a back layer, the central layer, and a front layer, and you can sometimes switch between them. This looked great on the Nintendo 3DS thanks to its 3D effect. While it doesn’t click as well on Sony’s consoles, it still gets the job done.

The game, as its name suggest, is even more challenging than Mutant Mudds. You’ll die a LOT in this game. So much in fact that the game has a death counter. You get three hit points for each level, but hazards, like falling into a bottomless pit or hitting a spike, will bring instant death. All the enemies from the previous Mutant Mudds game are back but on a much tougher scale. They are often placed near hazards, so you’ll need to juggle more than one thing at once. 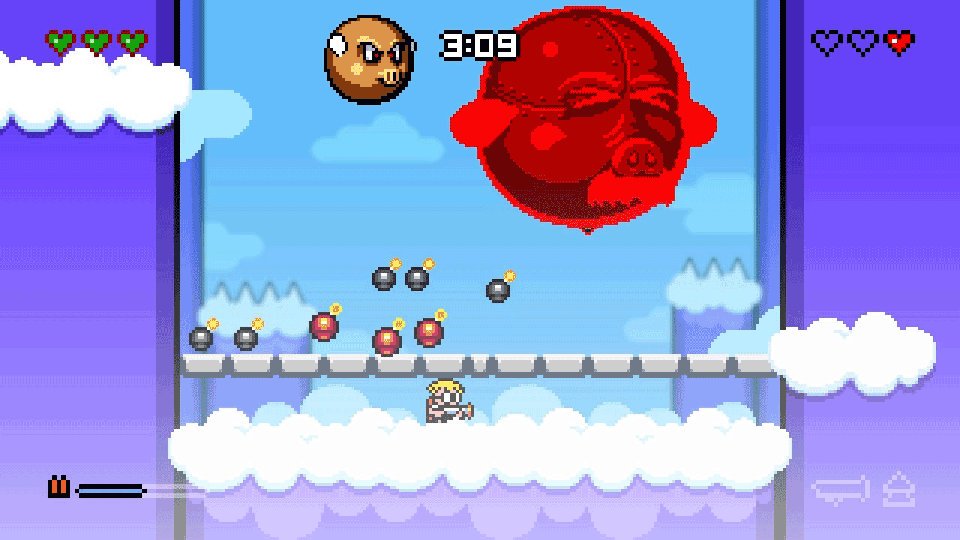 Super Challenge does offer checkpoints, but these are optional. If you feel like it, you can skip them and try to finish each level in a single go. If you die, you’ll need to start each level right from the start. There is even a trophy for finishing the game without checkpoints. Are you up for this challenge?

The game really is brutal and is directly aimed at highly skilled players. And other than the first part of the first level, there is no tutorial level. Think of this game as what Super Mario Bros. 2 (what we know here as The Lost Levels) is to the original Super Mario Bros: the same fun experience, but way more challenging. New players should start with the original Mutant Mudds so that they are ready for this sequel. 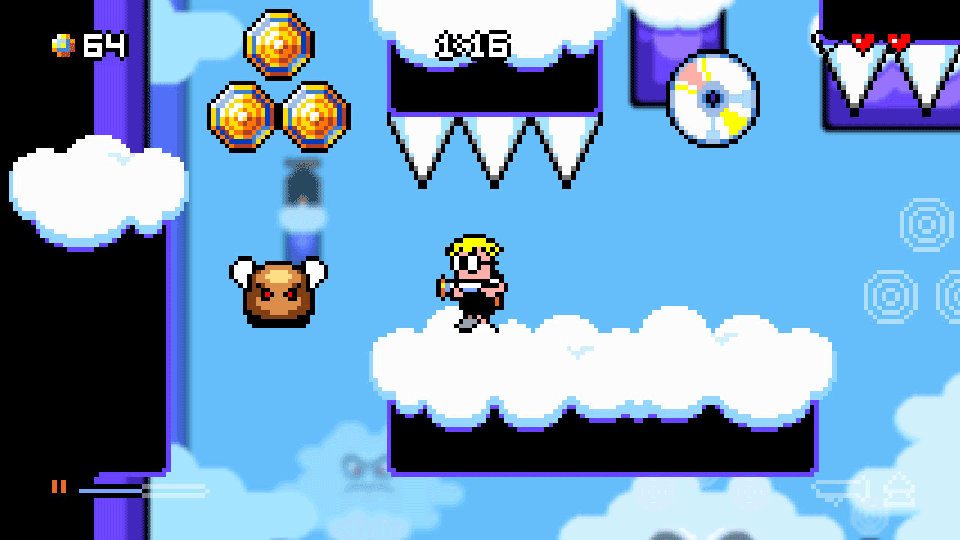 On top of everything, each level also has a secret stage which will require you to bring the correct power-up into the game. There are three power-ups, but you can only use one at a time. There’s one to increase the time you can use your Jetpack after each jump. Another one will allow you to jump very high in one go. The third power-up will make your shots more powerful, and they will be able to travel longer distances.

Including the bonus levels, there is a total of around 30 levels which is not bad for a bite-sized indie game. You have a lot of coins to collect in each level as well, and you have to collect them to be able to face the boss for each world. The bosses are unique and each one will provide a lot of challenge. They will test your skills to their fullest, so be ready! 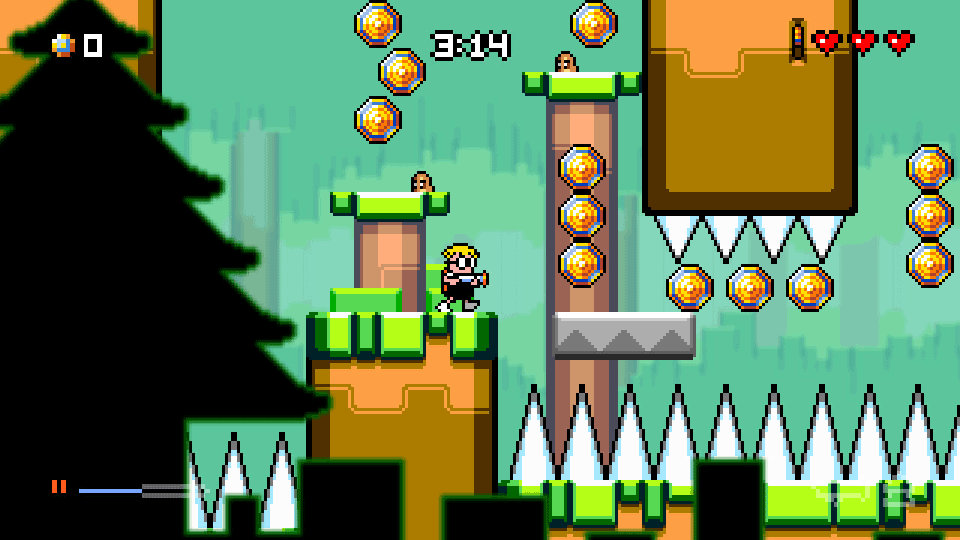 The graphics are presented in a very colorful and charming art style that will remind you of games from gaming ages past. And as you can imagine, the length of the game is highly dependent on skill. As for trophies, its a small list that is big on challenges. It’s a shame there is no Platinum trophy as it would have been a very rewarding Platinum to unlock! 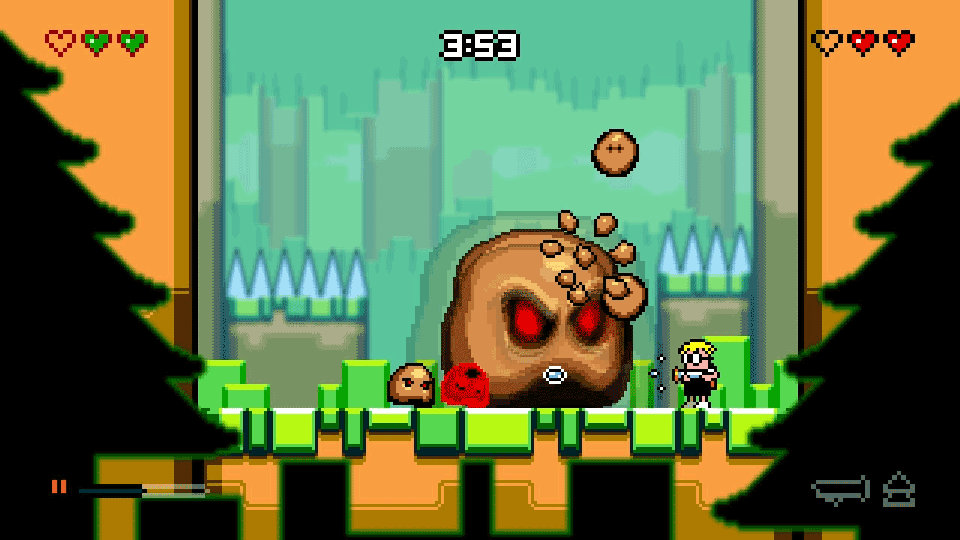 After playing the game for my Mutant Mudds Super Challenge review I highly recommend the game to skillful players. If you played the previous release in the series, then you’re set to give this one a go. If you haven’t, you really should play Mutant Mudds first to get a feel for what you’ll need to overcome in this sequel.

BATMAN – The Telltale Series Episode 4: Guardian of Gotham Out Today