Zen Studios is back with another pinball release for their free-to-play Zen Pinball 2 title. This time around we’re getting a table pack with two pinball tables. Ready to learn more? Then come check out our Marvel’s Women of Power Pinball Pack review!

The table features Black Widow from S.H.I.E.L.D, as well as characters such as She-Hulk, Spider-Woman, and Thor. The table looks and feels not a whole lot different from previous Marvel tables, so if you have played any of them, you will know what to expect from this one.

Black Widow and Madam Masque from Hydra were fighting over a red Cosmic Cube in the sky when it was destroyed, so the pair were sent to an alternate universe that is ruled by Russia. Madam Masque and Black Widow want to escape, and the only way they can do that is by working together as a team. 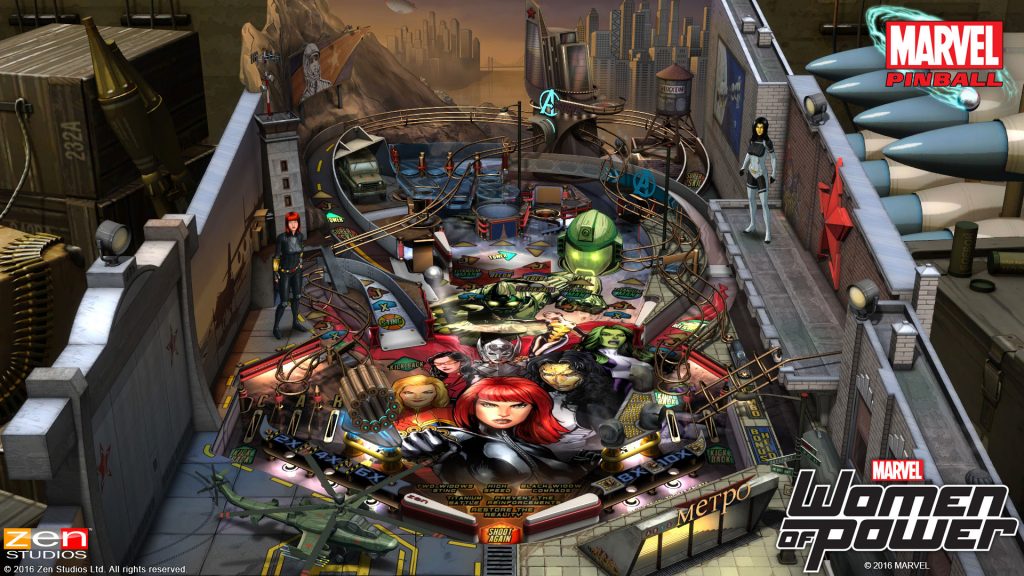 The table has four flippers instead of two which makes the table a bit more challenging as you have to closely watch where the ball. The launcher is a perfect fit for the theme of the table – it is in the shape of a pistol. Your goal is to break the street lights to create a skill shot. Unlike previous Marvel tables, you can activate all mission in whichever order you see fit. Once all missions are unlocked you will face off in an epic final battle.

The animations are first class with characters moving around the table, and the sounds are as authentic as a real pinball table. Some animations include a helicopter flying across the screen, which is pretty incredible. The table in itself is pretty, but the missions appear to be quite meaningless. For example, there is a mission you can activate called Search for other A-Team members, which is triggered by shooting the ball into a target in the middle of the top screen. Completing the mission adds absolutely ZERO to gameplay, which I didn’t like.

In the Champions table, Ms. Marvel tries to take on Bombshell after a robbery. There is a good array of characters to watch out for such as Sister Grimm, Spider-Gwen and more. The graphics are the complete opposite of the A-Force table, with a more cartoony look – very fun to look at! Remember the Bob’s Burgers and American Dad! tables from the Balls Of Glory pinball pack? The graphics are fairly similar in appearance. The table features a girl who has the ability to talk to Squirrels, and who is aptly named Squirrel Girl. There are some very lighthearted moments here as well, making the table much more fun than any other Marvel table to date. 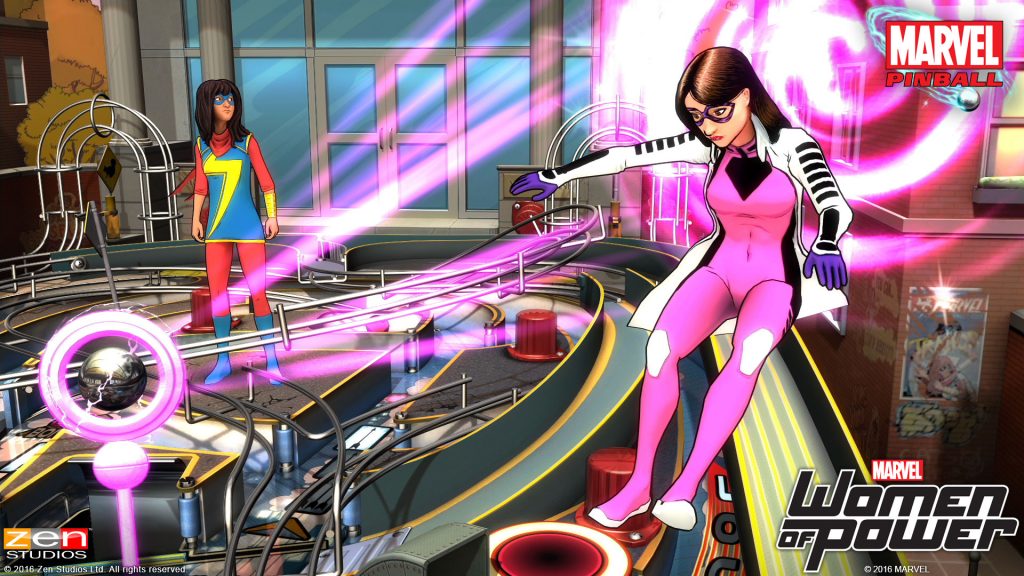 To activate missions you need to hit the golden circle three times in succession – for the first two it stays still, but on the third strike, you need to hit it while it moves around the table. It will require some practice to perfect, but if you stick with it, you will succeed. If you manage to succeed to will summon Bombshell, and you need to destroy the bombs she throws. I found Champions table to be the more fun out of the two, but they’re both great options for your pinball collection! 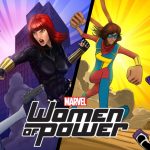 Disclaimer
This Marvel’s Women of Power Pinball Pack review is based on a PS4 code provided by Zen Studios.

Week 2 Of The Sale of The Dead Is Now Live On PSN!