Players beware! Earth’s Dawn is a highly addictive 2D brawler. If you have played the excellent Dragon’s Crown or the remarkable Odin Sphere: Leifthrasir, then I guarantee you will love Earth’s Dawn. The game’s art style, gameplay mechanics, and mapping system will make you feel right at home, and the fighting style is a nice mix from both games. But above all, the game can stand on its own as one of this year’s best PlayStation 4 games. Want to learn more? Then come read our Earth’s Dawn review!

You play as a member of an elite military group called A.N.T.I. The fate of the planet rests on the shoulders of these soldiers – they must destroy the hostile monstrosities in their path and reclaim Earth. Military Intelligence is calling it the E.B.E Invasion. Can you put an end to it and save Earth from impending doom?

Earth’s Dawn has a modern day post apocalyptic theme, with all kinds of ugly flying, crawling, and walking monstrosities to fight off in droves. Earth’s Dawn is based on a huge underground network of tunnels with multiple paths, some are inaccessible until you progress a little bit further – but you will get a skill that will destroy the barriers early on. There is a lot to explore and plenty of goodies to loot during your time with the game. 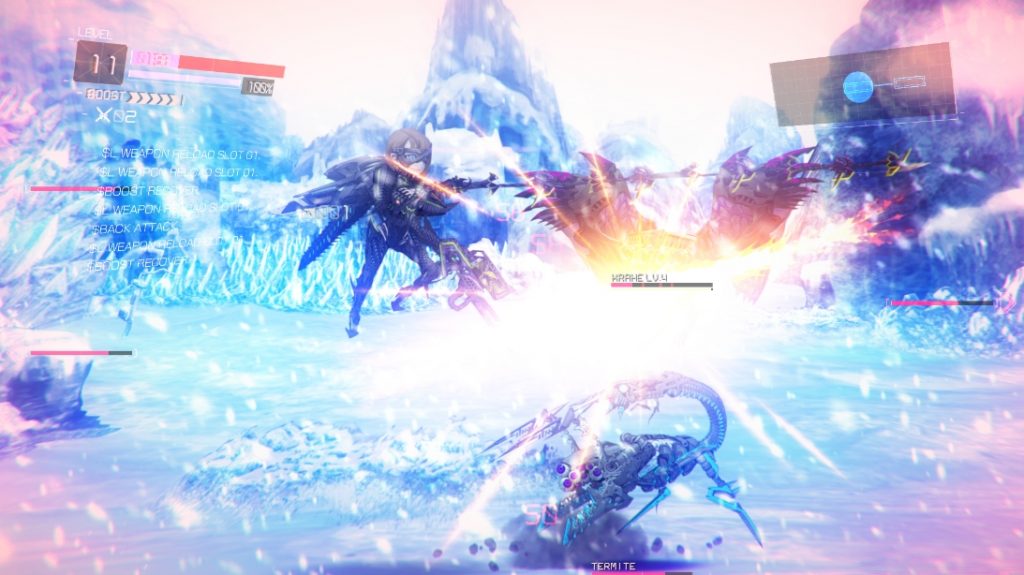 Earth’s Dawn is split into two types of missions: Story based and Free missions. The Free missions are like sidequests that open up as you progress through the story. I recommend doing them to help you level up as the story missions to become tougher as you progress. I played on the normal difficulty, and it provided me with a happy medium in terms of how challenging it was. 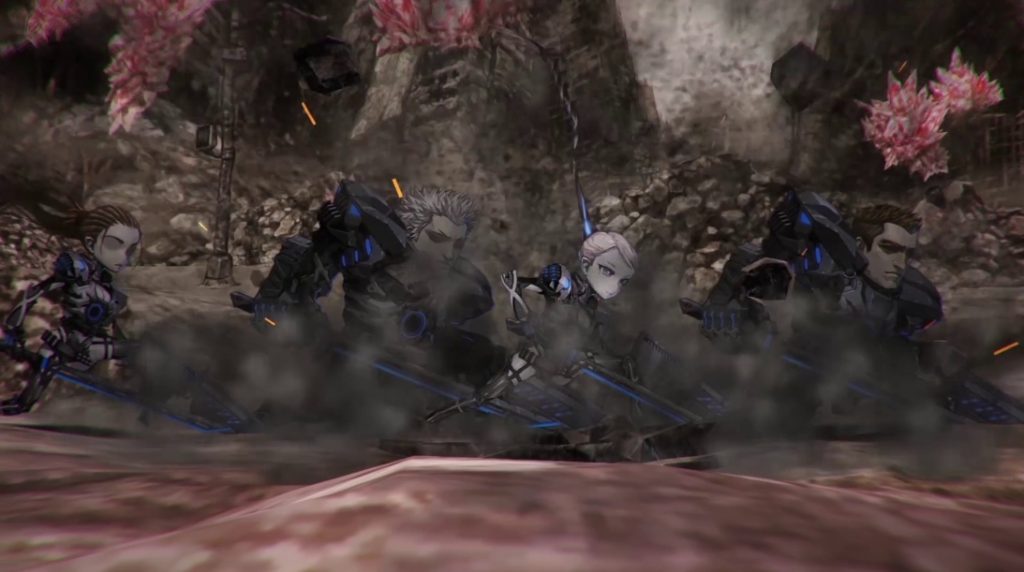 Each mission is graded, and you need to obtain an S rank to get the best possible prize. I am not overly sure how many missions there are as I have only completed 30 of them so far, but there is a trophy for S ranking 60 missions, which is easy to do as you can over level to have a shot at getting said rann.

When you select a mission, you will see stars beside it those represent the mission’s difficulty. A single star means it’s a very easy stage, while five stars means you’ll find a considerable challenge. You have been warned, so don’t forget this! 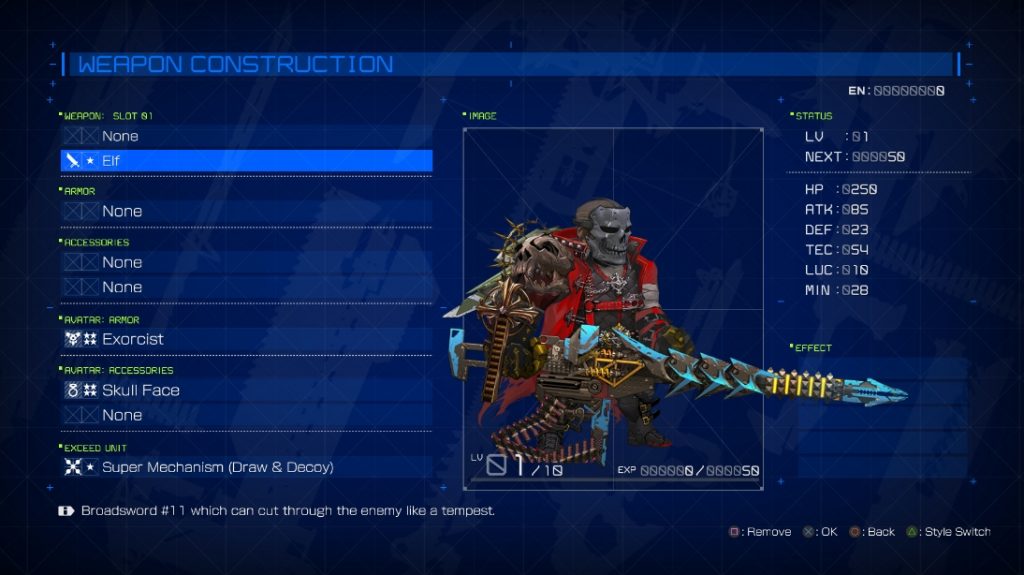 Combat is, at first, a button mash affair. Square is your attack button. Triangle is your guns. Circle is your ultimate weapon – once you get around two full uses you need to charge your purple meter to be able to use it again, so keep that for the boss fights! The basics of combat are pretty simple and easy to understand.

The game is all about looting, and you’ll need to do this a lot to be able to craft new weapons, weapon enhancements, armor and more. Enemies will drop crafting parts, and once the tunnels open up a bit, more you will be able to explore new locations for valuable resources. As you progress in the game, you will unlock new weapons and armor to craft so that you can become stronger and take another crack at missions you couldn’t S rank. 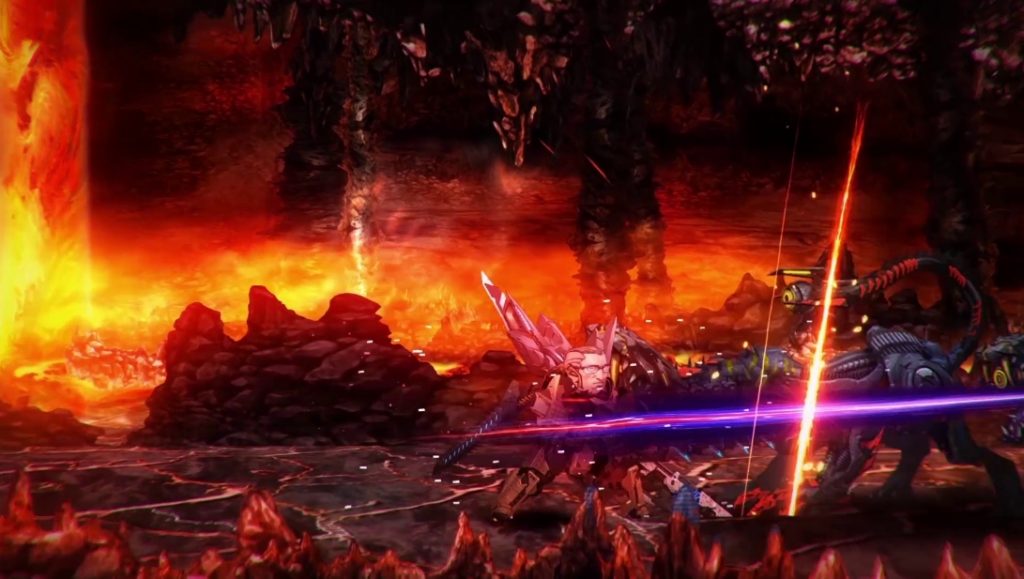 On top of this, the game has a MASSIVE skill tree to complete. As you progress and level up you will earn points that will allow you to make your character grow to gain access to new skills. You will see a picture of a brain, with sections dedicated to specific options – attack, defense, skills, and so on. There is a trophy for completing the entire skill tree, so you’ll be spending a lot of time to get it!

The bosses are really big, ugly and EPIC! They’re also extremely challenging, so you may not defeat a boss during your first try. If that happens, its your cue to go and level up your character some more so that you can unlock new stuff in the skill tree to gain the advantage you need. 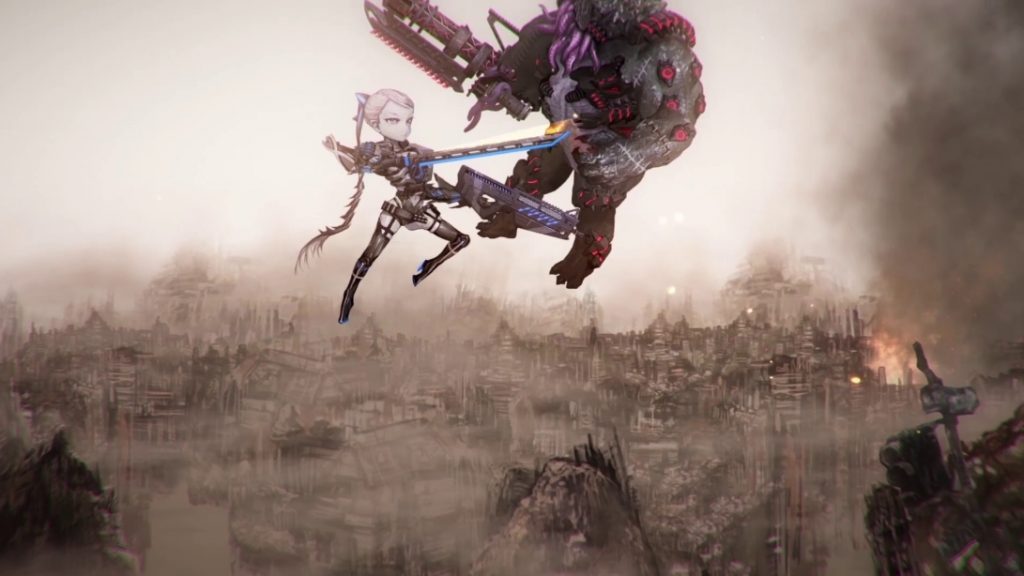 Bosses are not the only challenging part of the game. There are some speedrun missions in which you have to complete a specific set of objectives within a given time limit, and they are a real PAIN to do. Thankfully there are NO SPEEDRUN trophies, so at least we got that out of this deal. 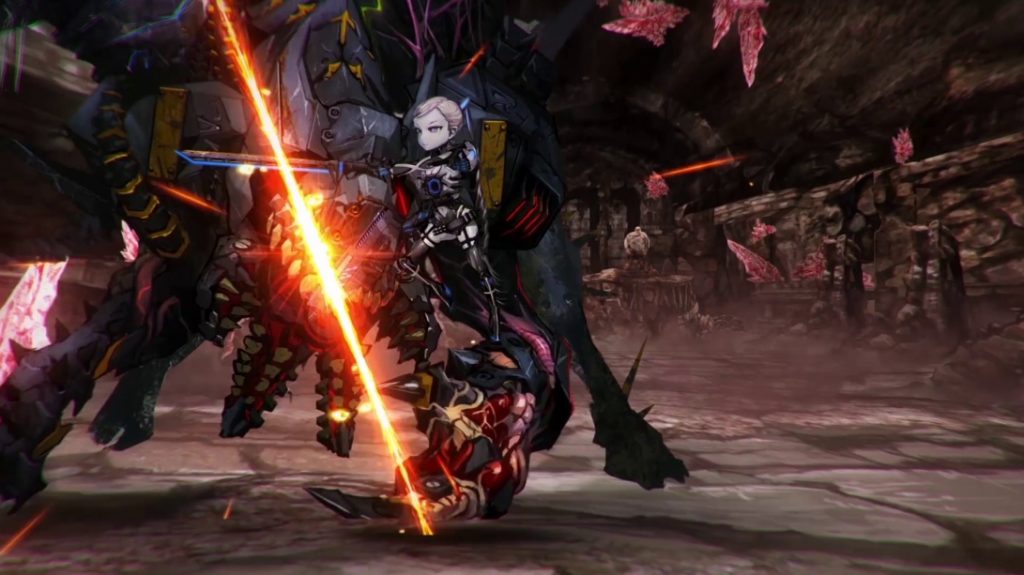 The game is very addictive, the graphics are really vibrant and great despite its post-apocalyptic backdrop. The missions offer a nice variety and can be replayed to get better ranks. The crafting system is simple and fun. The gameplay is solid and very entertaining. After reading my Earth’s Dawn review you’ve surely realized this is a must-have on PS4, so be sure to download it today!

Disclaimer
This Earth’s Dawn review is based on a PS4 copy provided by Rising Star Games.