Will PlayStation VR Really Be The “Next Gen Of Gaming” We Need?

With the release of PlayStation VR starts the chance of immersing yourself in a new gaming experience. Unfortunately, some people have a few problems with VR. The big one is they get sick when playing games with fast movement. This is a fact that players all over the world are reporting. Sure, it doesn’t happen to everyone, but it does make you think: maybe the technology needs a couple of extra years in research and development? Maybe more powerful consoles are needed so that this doesn’t happen?

Today I want to know what YOU think of your experience with Virtual Reality! Do you already use the PlayStation VR system or other VR equipment? Do you experience any motion sickness or is this certainly not a problem for you?

I have been reading a lot of articles lately on this topic. There was one from a soldier reporting that the headsets the military uses always has the same effects on several of its members. Something very common is that their eyes would suffer under the VR because of muscle problems. Right now it seems that a lot of gamers and the members of the press are not experiencing this when using VR. But they’re probably doing things differently. For example, a recent PlayStation VR Review recommends that you to play while sitting down in order to lower the potential for motion sickness to kick in. 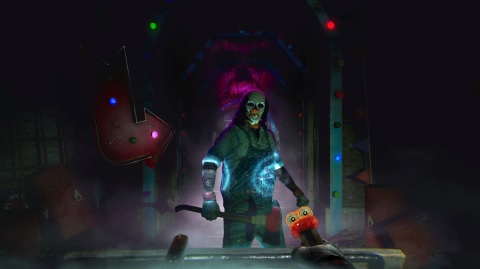 The other great problem with Playstation VR are the games. Most of the games currently available for PlayStation VR during its launch are very short. To me, some of them feel like extended tech demos! Such is the case for, say Batman Arkham VR. There is no game that makes us really want to rush out to buy a Playstation VR unit. Yes, there are some interesting titles in the mix. For example, Here they Lie or Until Dawn: Rush of Blood – they can certainly get your pulse going!

But the great change that will probably help to push our lives towards VR has to do with social gaming. Social Gaming like what Werewolves Within, a game Ubisoft will publish at the end of the year, will set out to do. But also from games full of social experiences such as Sports Bar VR, or being able to, say, play casino games at All Jackpots while immersed in a virtual setting you. These are the types of games that could be a great success for VR gaming as a whole and a great chance for publishers to make some additional money with DLC for clothings and accessories for avatars. Maybe we´ll get a standardized Avatar System for our games, like EA´s Gameface system.

What do you think of this idea? Does VR really have a shot at being more than hyped up accessory like the Kinect from Microsoft or the very weird 3rd party developed Playstation Gametrak? Will VR survive the next couple of years and will it grow to become the norm? Or will it end up following the fate of the PlayStation Move on PS3?

Disclaimer:
The opinions presented by writers are their individual opinions and in no way reflect the opinion of PS4blog.net.