Blue Rider is out on PlayStation 4, and we’re having a lot of fun with the game for our review. We got in touch with indie studio Ravagan to talk about the game’s development and its release on Sony’s home console, so be sure to check it out!

PS4Blog: Hi! Welcome to PS4blog.net. Could you please present yourself to our readers and let them know a bit about who you are and what you do?

Hi! Thank you. My name is Daniel Igarza, CEO for Ravagan. We are a game-development team from Argentina. We’ve been involved in the game industry for a decade now, providing worldwide companies with art outsourcing services, but we didn’t start to develop our own games until a couple of years ago. We felt it was time to pour all the knowledge we’ve gathered throughout our many years of work into a product of our own. The result of all this Blue Rider, and this is just the beginning!


PS4B: Blue Rider, a game that pays homage to the old-school shoot ’em up classics is now on PlayStation 4. How would you describe the game and its features?

As you just did: an homage to the old-school shoot-em-up genre. Our core team is mostly formed by PC/Console veterans who miss a lot the arcade feel of old action games; that’s why we’ve decided to go for a game like this.

Blue Rider is, above all, what a real arcade release is meant to be: a very simple yet challenging game. We describe it as an “easy-to-play, hard-to-beat” game. We didn’t focus on characters or storyline – we just put our everything into the mechanics and graphics. It’s 100% an arcade game: as soon as you grab the controller, you’re already playing. And it’s also so intuitive that you won’t need to learn how to do it. However, you’ll discover many things during your gameplay sessions! 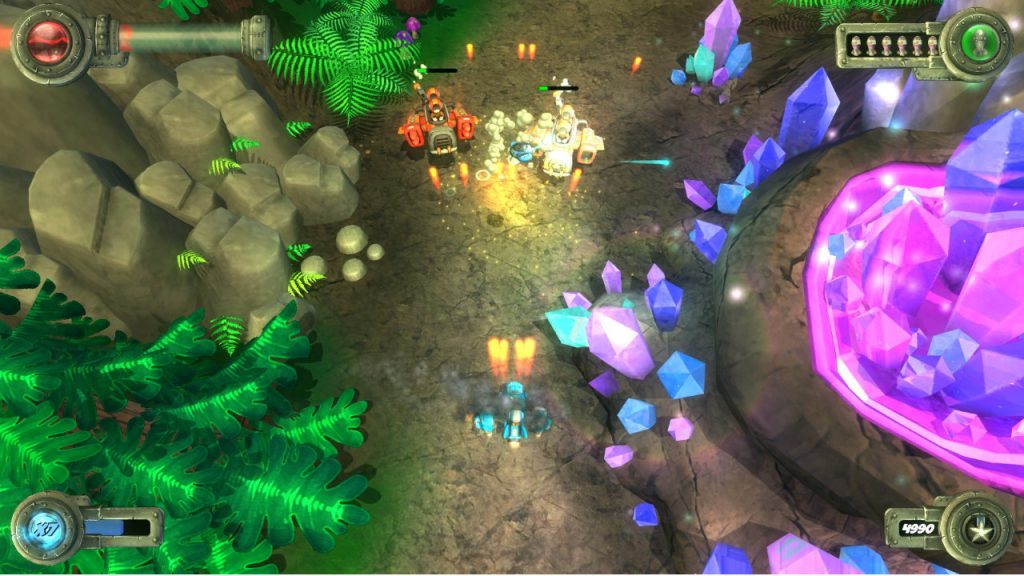 PS4B: When did you start working on Blue Rider? How long was the development process for the game for its eventual release on Sony’s home console?

The project started in January 2015. By April, we already had a playable prototype, and the game was completed and running on PC by the end of November. So, we managed to complete a game in just 11 months, with a very small team of 4-6 people. It would have been a bad idea to publish our game during the “end of the year” season, since we’d be going up against a ton of big releases. We therefore decided to wait until March 2016 to do so. We got greenlit on Steam in only eight days, so the process was really fast and easy.

And when we got our PS4 and Xbox One development kits, porting our game to consoles was very easy as well. But porting is only part of the equation, as there are many other things involved in the process (certifications, ratings, QA, promo material), and that took a lot of time to complete.

Blue Rider is now finally available in the Americas and in Europe, and we’re thrilled about it! 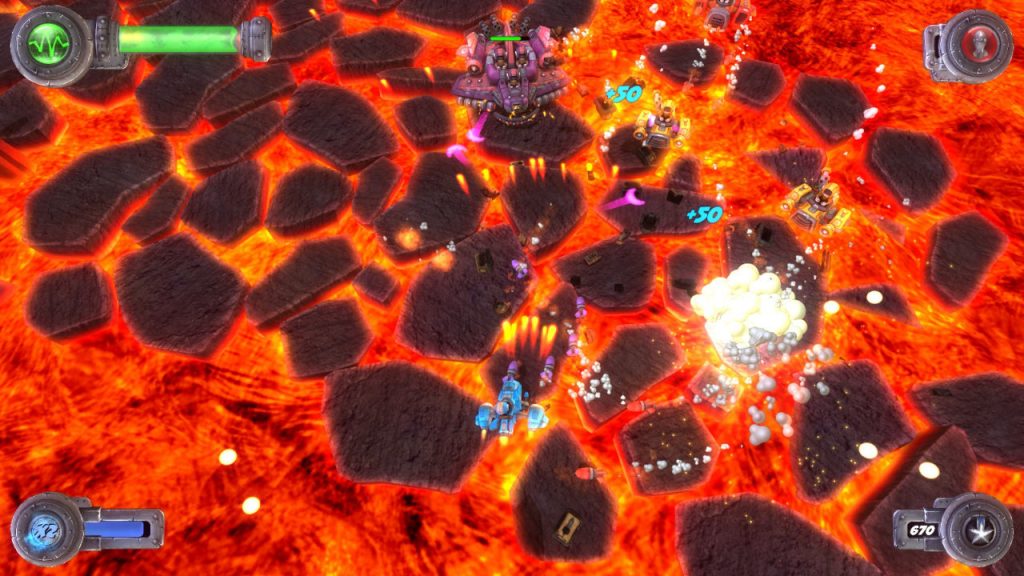 PS4B: How many hours will it take someone to complete all stages in the game?

So far, we’ve calculated that it will take an average player around 20-30 hours to beat the game for the first time. After that (once you’ve learned how to beat each of the nine final bosses), you can probably finish the whole game (from start to finish) in an hour… and unlock trophies and achievements as you go!


PS4B: Considering the genre for Blue Rider, what are you doing to extend replay value for this release?

Although we consider Blue Rider to be a very replayable game, we understand that completing all the nine stages is what makes it challengingly fun. I know it’s a very personal point of view, but I really love games that aren’t very replayable, but that end up being one hell of a ride after playing them once!

But for this one, there are plenty of hidden objects and strategies in the game that players might be willing to discover. 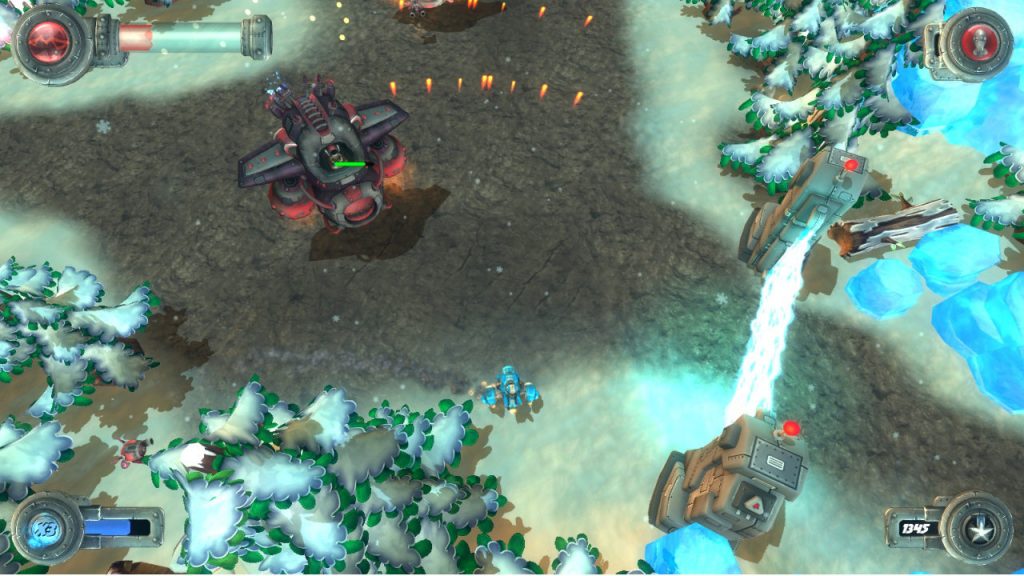 PS4B: Are you thinking of working on extra stages for the game to make them available as DLC?

No. In any case, new features would appear as free updates.

Honestly, we’ve also decided to develop Blue Rider because it was (among many other ideas we’ve had) the ideal project to prove ourselves as 100% independent developers/publishers, due to the game’s simplicity.

Adding multiplayer, RPG or online features to it would have increased the production line a lot, and our mission was to complete our first game in less than a year. And we succeeded greatly! We couldn’t be prouder of the results.

Now we go for more… 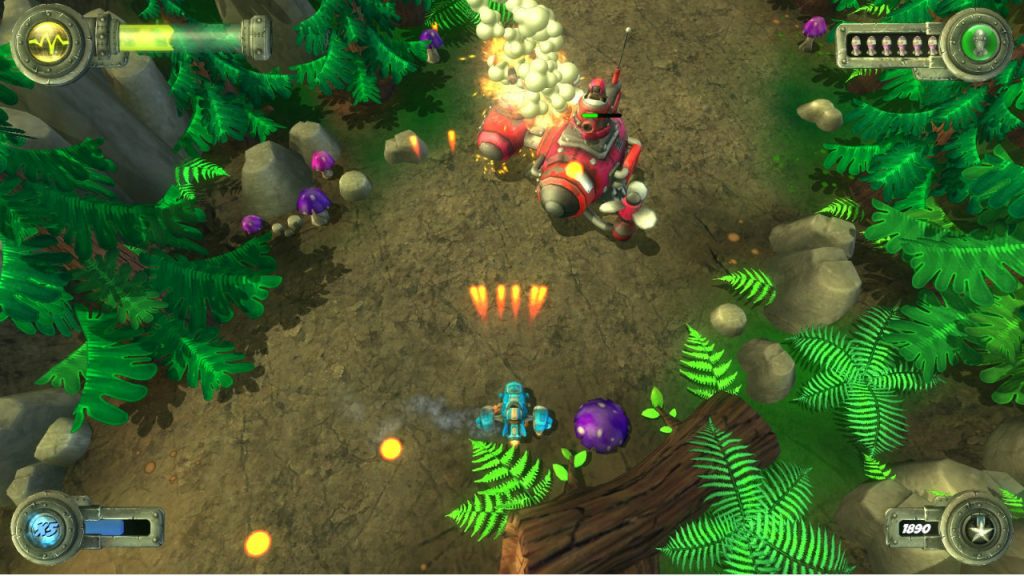 PS4B: And now our time is up. Would you like to add anything else before we go?

Releasing a game on consoles is a personal dream we’ve kept since childhood. I’m afraid we still haven’t realized entirely how important this game is to our personal lives and careers. It’s one of those personal victories that, once achieved, there’s no way back. We’re all very excited about what’s next to come.

Thank you so much for your interest and time.

BATMAN – The Telltale Series New World Order Out On October 25