Unholy Heights is a tower defense / sim game in which you must seduce new tenants in order to get them to live in your mansion. Come see what we thought of this release in our Unholy Heights review!


This is a double review for the PS4 version of Unholy Heights. The game was played by Ceidz and EdEN. This review presents what they both had to say.

As mentioned in the introduction, Unholy Heights is a tower defense game containing sim elements where you must recruit new residents… who are actually monsters! Basically, each resident pays a rent to live in your mansion so that’s where you will get part of your income for the game. Said income is needed to increase the comfort of your various monsters so that they stay longer in your building, or to increase your building size. The residents can even fall in love with other monsters of the same species and breed kids that will help you too!

When night falls, however, you will be attacked by the bad humans of the nearby village on their quest to destroy your mansion because it is hosting monsters! I noticed that if you have a bad start and screw up, subsequent waves are very hard to tackle as the enemies have plenty of health. 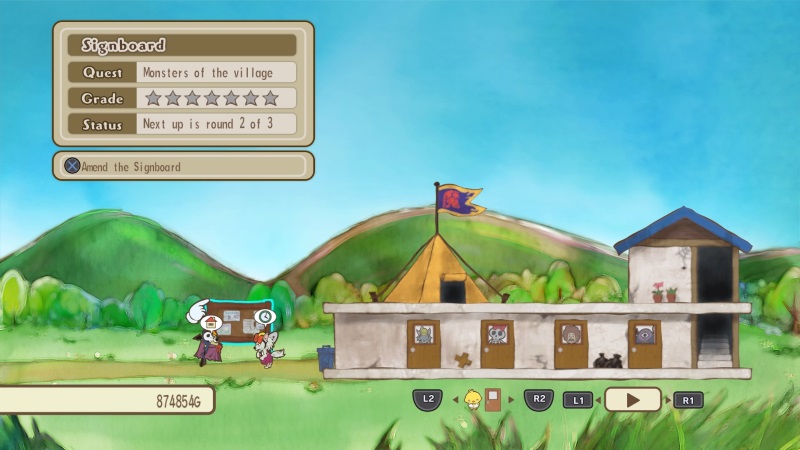 Between enemy waves, your job is to check on your residents to see what request they have, and you can then progressively raise their rent as their room comfort increases. They’ll always tell you the right price for their room, so going too high for what you’re offering will make resident leave your mansion. Speaking of which, waiting for them to come into your mansion is a bit passive and I thought those segments were too long. This game also has a quest mechanic that will help you fight various enemies spanning a few waves to raise your characters strength and to receive some extra income.

One aspect of the game that stood out for me is how confusing it was at first, even with the included tutorials. I had to play for at least half an hour before getting to understand how this game works! I think it could have been easier to handle, or the tutorials could have been more helpful during the first set of battles.

As you all know, I’m a big fan of entries in the tower defense genre, so I was definitely ready to take this game for a spin. As Ceidz has mentioned, in Unholy Heights you need to make money by convincing as many monsters as possible to come and live in your mansion, which is great since the sim elements for this one are solid.

As for the tower defense part, I can see why Ceidz might have been a bit frustrated playing them as the game certainly does not hold your hand! Your skills will be tested in full during the tower defense sections, and one mistake might end up screwing up your entire plan. 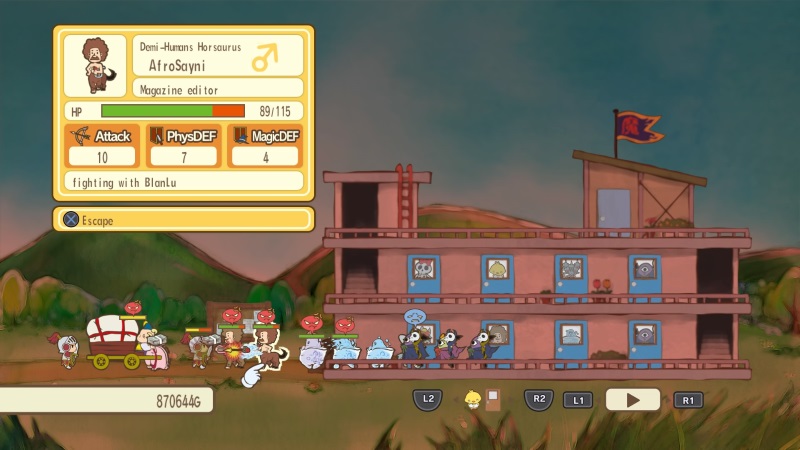 As for your tenants, as happens in real life, some of them might end up falling a bit behind on paying their rent, so you need to be on top of things and find a solution to this. Sure, you can kick them out as soon as they miss a payment, but you might want to take a deep breath and think it over. Kicking out monsters as soon as they miss a payment is bad for morale… but so is keeping them freeloading for too long. If other monters see you don’t give a damn about someone not paying rent several times they might follow that example, so be careful!

Final Thoughts
Unholy Heights is a fun little tower defense game containing sim elements. Ceidz noticed that some of its gameplay mechanics were confusing at first. While getting new residents into the mansion was fun, the overall novelty of the game might not be for everyone. We hope that our Unholy Heights review helps you to decide if this is the right game for you, because it might be perfect for your gaming taste. If you’re into tower defense games, then this may be right down your alley.

You can purchase Unholy Heights from the PSN.

[PS4Blog.net Interview] No Pest Productions On A Bastard’s Tale