Touhou Genso Rondo: Bullet Ballet is no ordinary bullet fest. If you look at this game and think it’s similar to Enter The Gungeon, then you would be making a mistake. This one is all about one on one duels, and you can move around the playing field freely as you dodge the bullets fired by your opponent. Thankfully the aiming is automatic, so you can freely dodge incoming fire as you return the favor. The ultimate goal is to reduce the pale blue health bar of your opponent to zero before you’re dead. 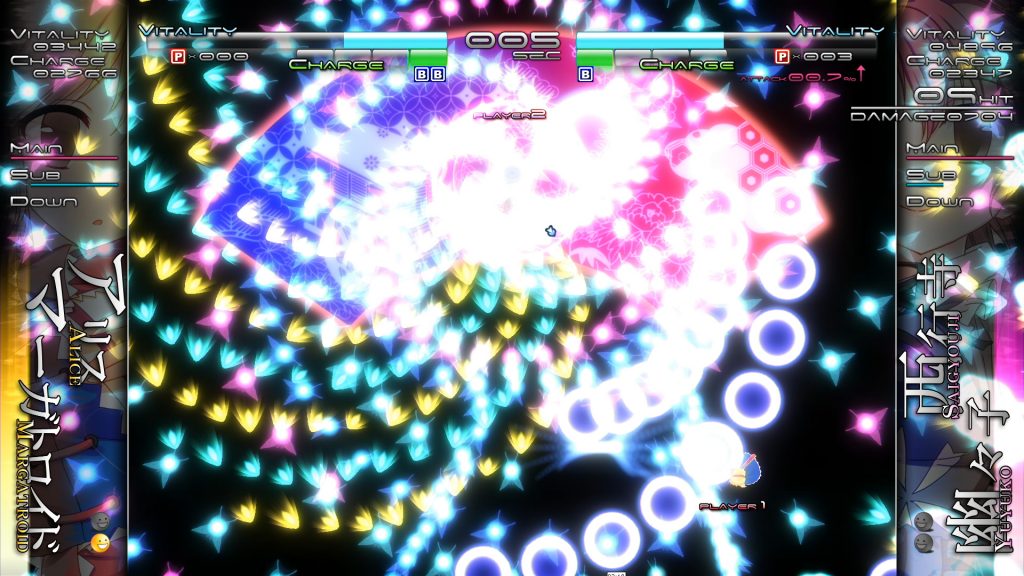 As is standard in this genre, you have a main attack and a secondary attack. Each attack you use will deplete and will need recharging, and this will result in some shooting inactivity. You can use both the L1 and R1 to combine attacks. You can also use charge attacks – you have a green meter which is displayed below your health meter. The charge meter is filled by successfully dodging attacks, and once your charge meter is full, you can unleash powerful attacks. You can also dish out some up-close melee combat. Not only that but up-close melee combat will also reward you with power-ups, so do take advantage of that opportunity! 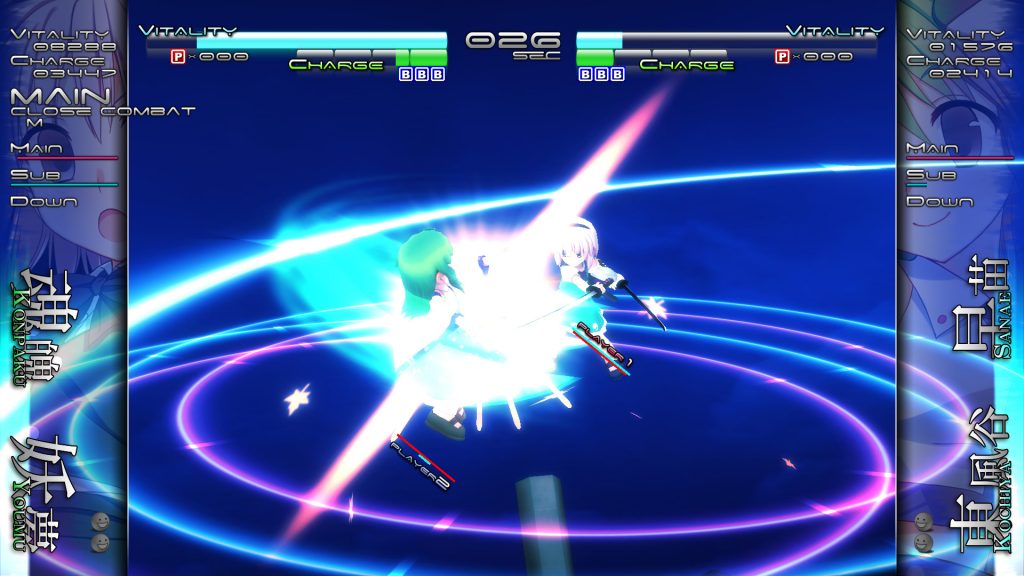 You can choose from a multitude of characters to use depending of your style of play. For example, Reimu Hakurei deals damage with talismans and seals. Marisa Kirisame uses light and heat magic to deal damage. Sakuya Izayoi is a knife thrower. And that’s just three of your options! There are additional characters that you can purchase from the store, if you want even more variety. 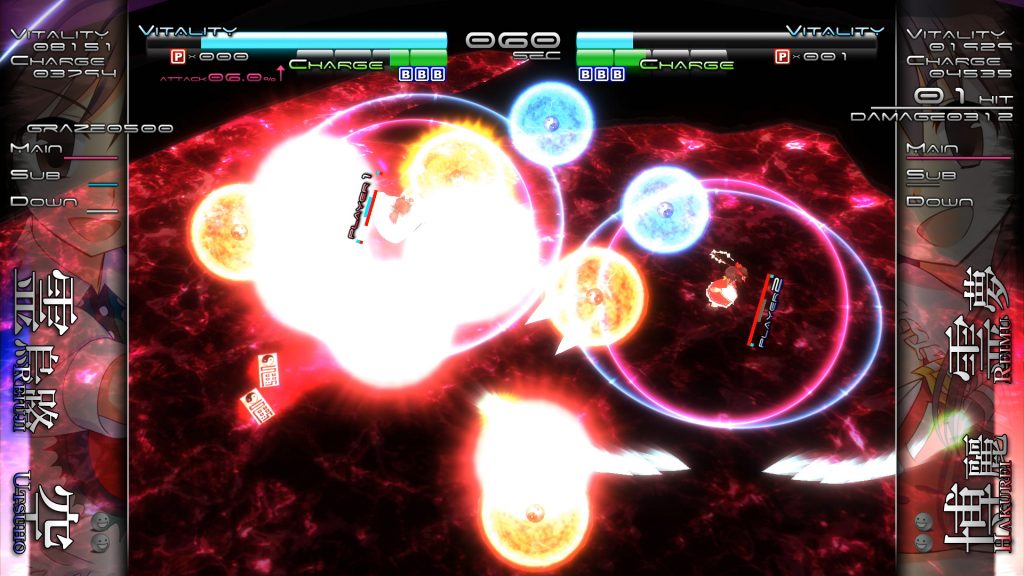 Aside from the main Campaign Mode you also have Arcade Mode in which the difficulty is ramped up quite significantly. So if you want a good meaty challenge, Arcade Mode is what you want. You can absolutely play online and go head to head with other players and see how good you really are! 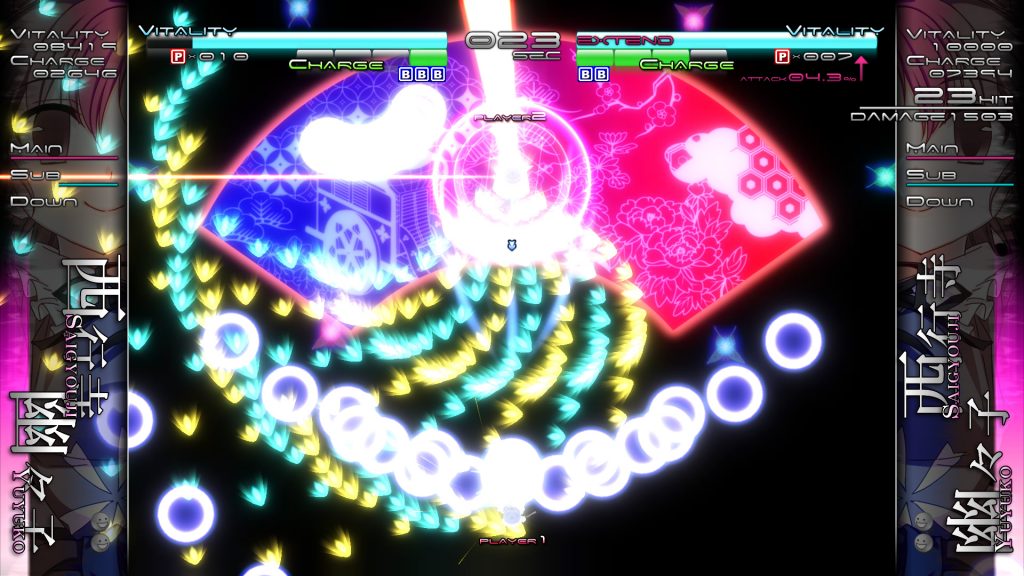 The only thing that didn’t really sit well with me was the Tutorial Mode. The game just throws all the information at you, so you are left to figure it out for yourself, unless you want to start again from scratch so that you can pay more attention the second time around. I was a little disappointed by a lack of opportunity to actually play out a tutorial. 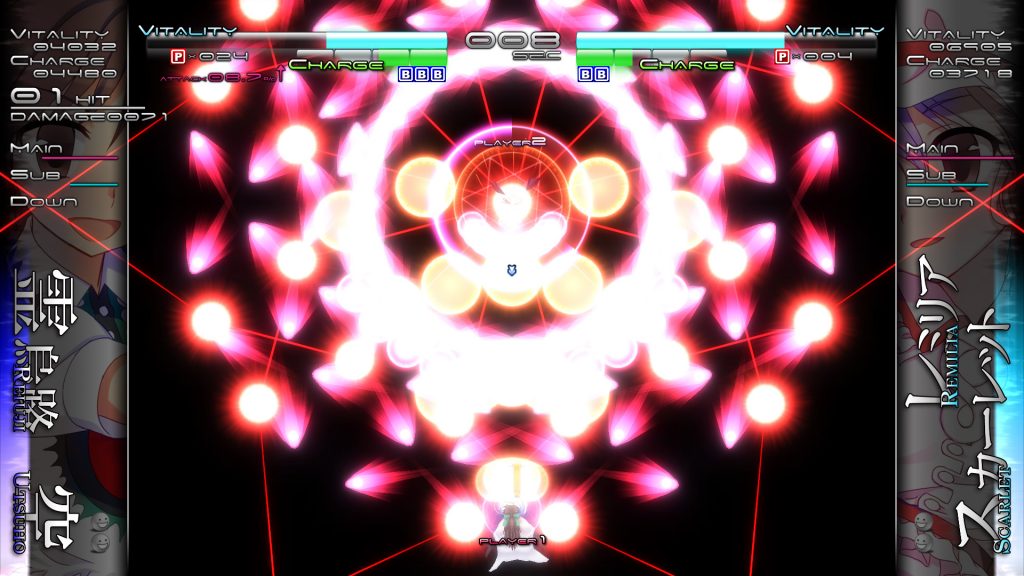 The game includes a Platinum trophy, and a full run requires playing through with all available characters in the Campaign and Arcade modes. As expected, there are also some online trophies thrown in the mix to keep you busy. Playing this game for my Touhou Genso Rondo: Bullet Ballet review was certainly a nice change of pace from the other games I’ve been reviewing lately, and I highly recommend that you give it a go. 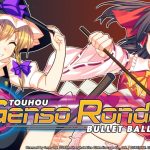 Disclaimer
This Touhou Genso Rondo: Bullet Ballet review is based on a PS4 copy provided by NIS America.

Celebrate Halloween In Style With Overwatch!

BATMAN – The Telltale Series New World Order Out On October 25