Solbrain: Knight of Darkness is an open world hack and slash game. Your sole purpose is to hack and slash your way through several waves of enemies. There is no story, which in itself is highly unusual for an open world game. You are literally dropped in a random map with no explanation, no narrative, and no objectives. Even the enemies are just an onslaught of copy/paste hordes from the previous hordes you’ve defeated. Enemies have no life and no personalities. Zombies have more personality than the enemies in this game! If by now you haven’t realized this is a game to avoid, come read our Solbrain: Knight of Darkness review to learn more!

As for the gameplay, you’ll be hacking and slashing at whatever comes at you. While doing this there is no hit counter on the screen. This means it doesn’t look like you are actually hitting anything. The sword just strikes through their bodies as if you were slashing at thin air. And enemies don’t react – there is no blood or gore. In short, the hit detection is an absolute ZERO. Also, you are carrying a shield, but you cannot use it to parry, and there is no way to dodge either.

You have a mana bar for your magic attacks, but it unfortunately does not refill. It will probably be depleted after only 3-4 magic attacks. That means you won’t be able to sue more magic until you’ve completed the stage. There are absolutely no mana potions (nor any health potions for that matter!) in the entire game. 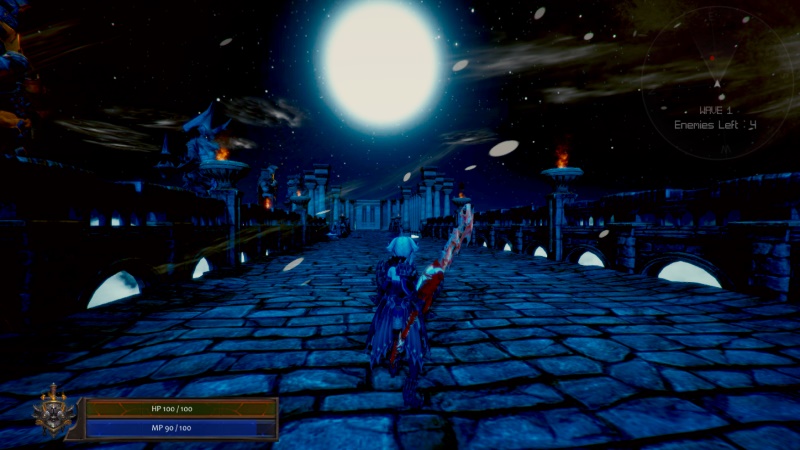 About the game’s presentation, there are absolutely no menus, no pausing, no saving, and not even an auto-save. In fact, there is absolutely zero in terms of options outside the main game. This is in completely unacceptable and extremely lazy. In every game I have ever reviewed, there has always been some form of a menu.

Let’s get this straight: graphics aren’t the reason I play games. I love a game with a good story, good mechanics, and if the game plays really well with minimal bugs and glitches, I can look beyond sub-par graphics. I played Godzilla at the start of this year and loved it despite the awful graphics! Having said that, Solbrain: Knight of Darkness has really bad graphics. The colors and textures are badly optimized. The main character doesn’t look like she is running – in fact, she’s hovering as her feet aren’t on the ground when she runs! That is not a glitch or a bug.

There was news posted online about how Lightning Game Studio was stealing assets from well-known games. I had noticed that the music was familiar. I couldn’t figure out from where, and It really bugged me, so I went to Twitter in hope the team could shed some light… but their account is set to private. After this, I decided to do a little Googling, and it turns out the music has been stolen from the wonderful and brilliant Ori and the Blind Forest! Ori and the Blind Forest is a unique puzzle platformer by an Moon Studios on the Xbox One. The specific song that was stolen is called Restoring the Light, Facing the Dark, which fits Ori perfectly but didn’t fit at all with Solbrain. 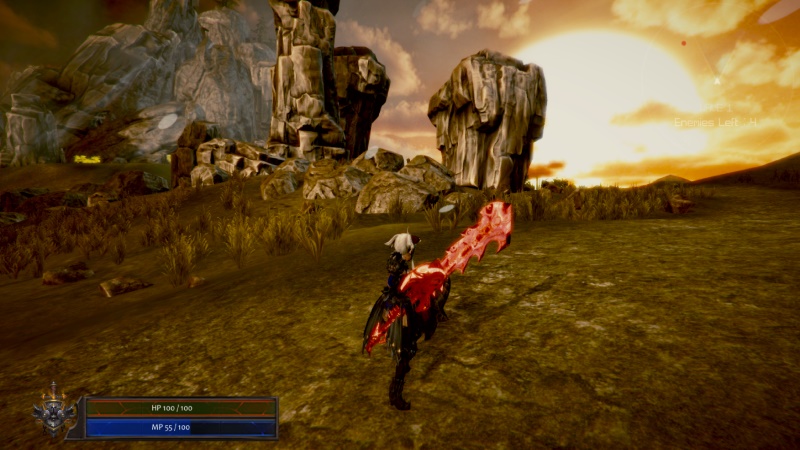 There were also rumors that assets have been stolen from many games. After looking at the game’s assets, this is pretty much confirmed. What was stolen? The legendary Dragonscale Shield from Skyrim, and the character model from Terra Online. The game logo (which can be seen above) looks a lot like Lightning from Final Fantasy XIII-2, and even the font seems to have been taken from The Legend of Zelda. I don’t have an official source for all of this, but when you look at the game in its entirety, you’ll also start to notice things.

In conclusion, I am not sorry I reviewed this game, but I am sorry it is such a disaster of a game. This was a very expensive game at $14, and it’s not only a giant asset flip, but a flip of stolen assets. If you are curious about the game, you can find plenty of videos on Youtube and on Twitch. At the time of writing this Solbrain: Knight of Darkness review, the game is no longer available for purchase.

Disclaimer
This Solbrain: Knight of Darkness Review is based on a PS4 copy provided by Lighting Game Studios.