You may know Black Forest Games for their Giana Sisters series, but this time around the team have changed genres, big time! They took a game called DieselStormers to Kickstarter back in 2014, asking for a modest $50,000. They succeeded and got to work on the game, but during the development phase, the team was hit with a potential lawsuit from the makers of Diesel Jeans… who said that the name DieselStormers could confuse people and had to be changed. The game was eventually renamed to Rogue Stormers, which is very aptly named as the game is a roguelike with permadeath and procedurally generated levels. Come learn our Rogue Stormers review to learn more about the game!


Rogue Stormers is a run and gun platformer set in a medieval fantasy world. The graphics are certainly colorful and pretty, which is a nice contrast to the game’s difficulty curve. Since levels are procedurally generated, you really can’t learn the layout and enemy placement, which greatly increases the difficulty.

But worry not, because your time with the game won’t be for naught! As you go, you’ll be able to purchase upgrades which are permanent even after death, so gameplay does become easier over time if you put enough time into it. 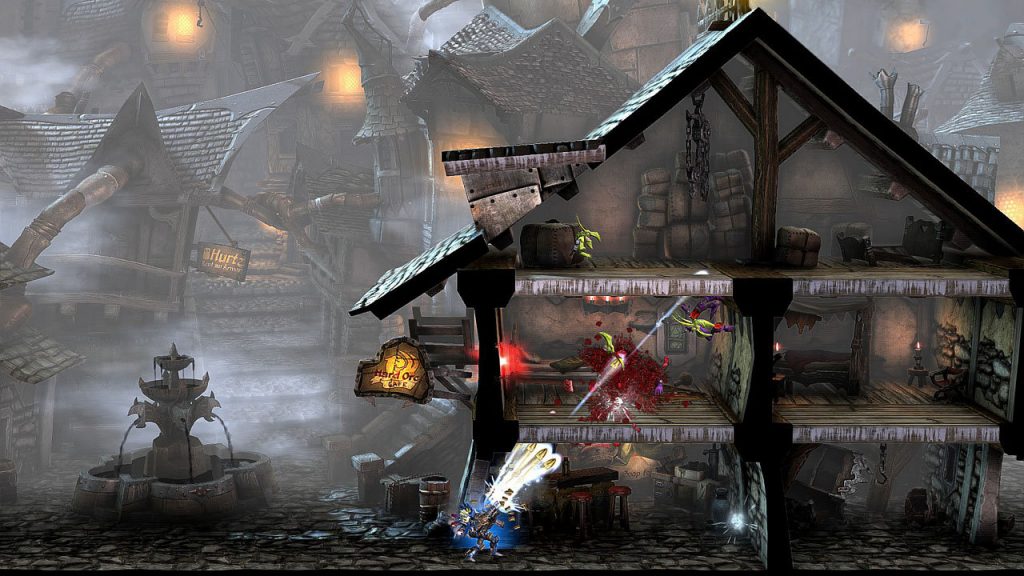 Once you start you’ll be able to choose a character, but at first there’s only the one option. You’ll be able to unlock more characters as you progress in the game. You have a main weapon and a special attack, and each character comes with some perks. For example, Brecht’s perks (your starting character) are 10% extra HP and a percentage of extra loot from treasure chests.

As you play, you’ll be able to find Jackpot machines in each level which you can use to obtain collectibles and upgrades. Navigating the platforms is easy and flawless, but dropping to lower platforms can be a little cumbersome during the heat of battle.

When exploring, you should be mindful of treasure chests, especially if you are low on health! Some are booby trapped, and this could instantly end your game. So unless you have a decent amount of health I would stay clear of treasure chests and come back when your health meter is, well, a little healthier! 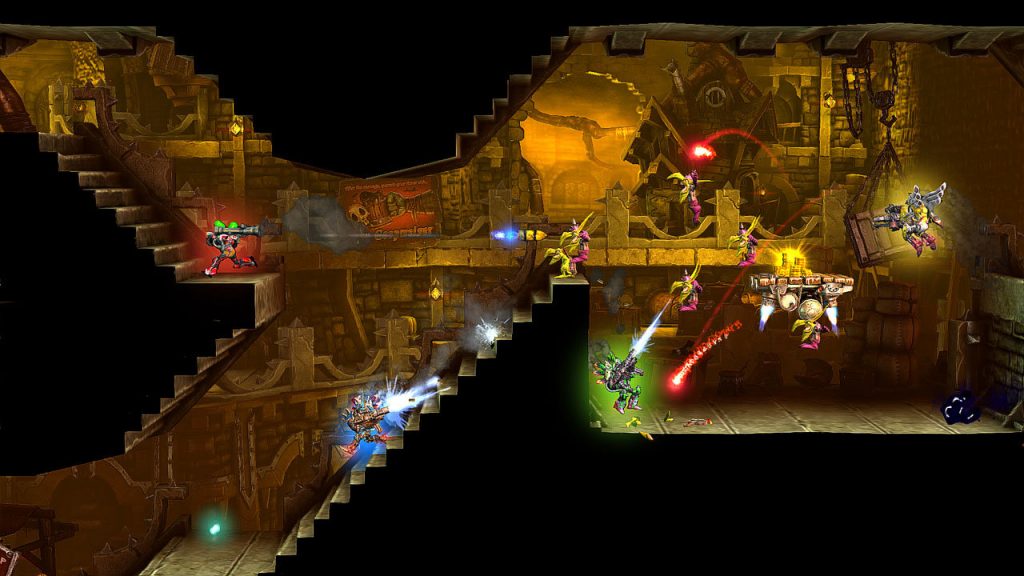 The enemies are tough and will take huge chunks out of your health. Not only that, but they will charge at you as well, and this is where you need to use your dodge mechanic. And enemies are not the only thing you have to worry about! Rogue Stormers is also part platformer which means there are plenty of traps and hazards that will get in your way.

The bosses are quite tough. You will not figure out their attack patterns, and since they pack a punch you might end up dead in an instant, having to start all over again, hoping you meet the same boss so that you can apply what you’ve learned. Trial and error at its finest, right?

Rogue Stormers does have online co-op and couch co-op for up to four players who will make gameplay a lot easier and plenty more fun when compared to going at it solo. If you have an extra controller or two, why not get a couple of friends around for a few runs? 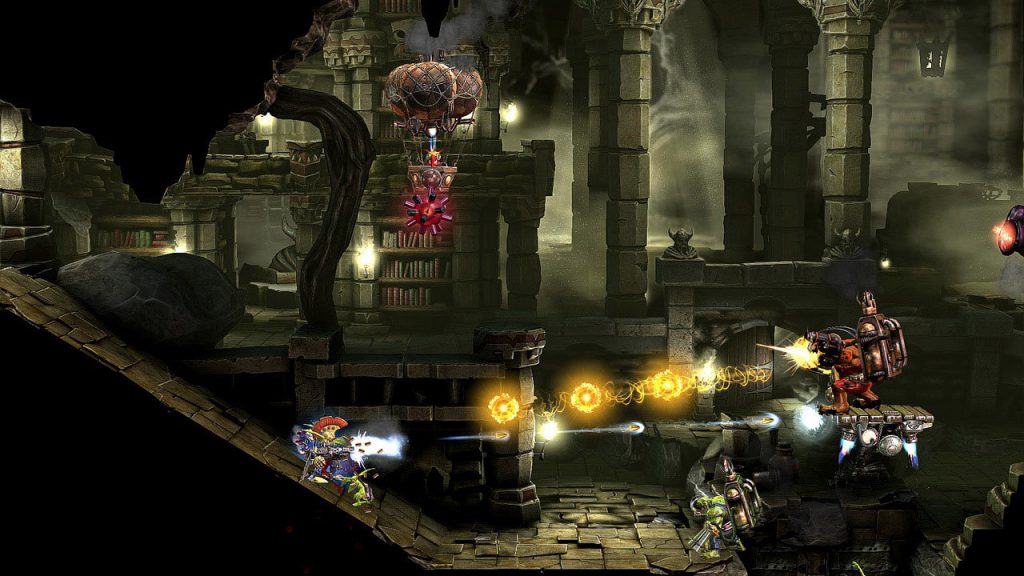 Rogue Stormers is beautiful to look at, and its fast-paced music really fits the game’s energetic presentation. The permanent upgrades are a nice change from how the usual permadeath mechanics quick in for roguelike releases. The more you play, the better you’ll get at defeating everything the game throws at you. I definitely liked my time with the game for my Rogue Stormers review, and hopefully you wil as well!

The New PlayStation 4 Birthdays The Beginning Screens Are Here!