Did you ever play Rainbow Moon? Did you sink as many hours into it like I did? Lost Sea is a new game by the very same developers, and it’s just as great as Rainbow Moon, but certainly shorter – there is a speedrun trophy for completing it in under two hours! So while it might not be as massive as Rainbow Moon, it is just as addictive. How good is the game and how it look on PS4? Come read our Lost Sea review to find out! 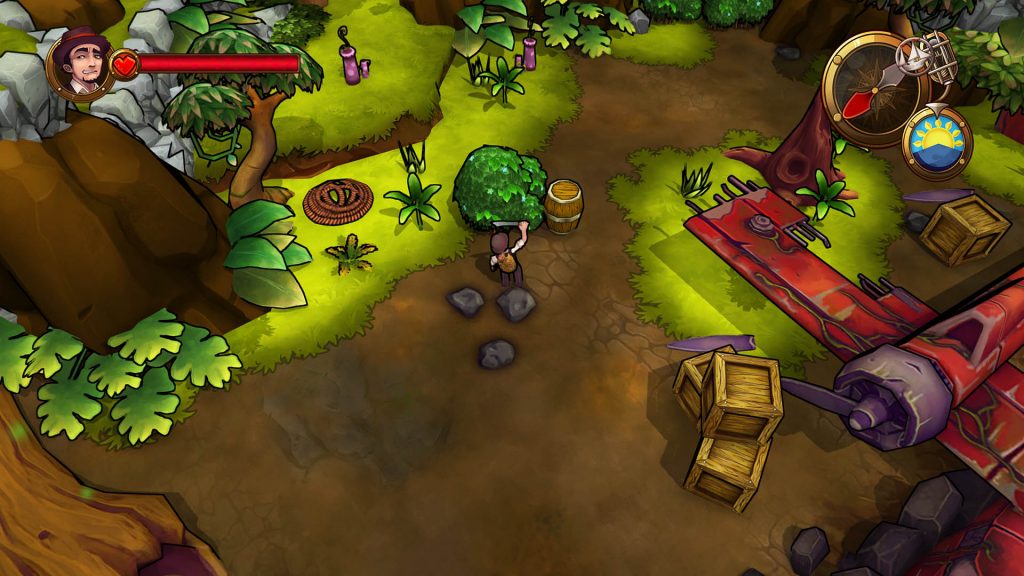 Lost Sea is an action adventure game where you find yourself on a deserted beach after crashing your plane. You will have to explore the land for some stone tablets to progress in the game. Finding a key on each Island lets you unlock the main door that holds the stone tablet which enables you to explore other Islands. Each are is short and sweet and procedurally generated. If you die you start back on the first Island and you are given EXP and coins depending on how many stone tablets you have found. That alone is unusual, but at least its fair! 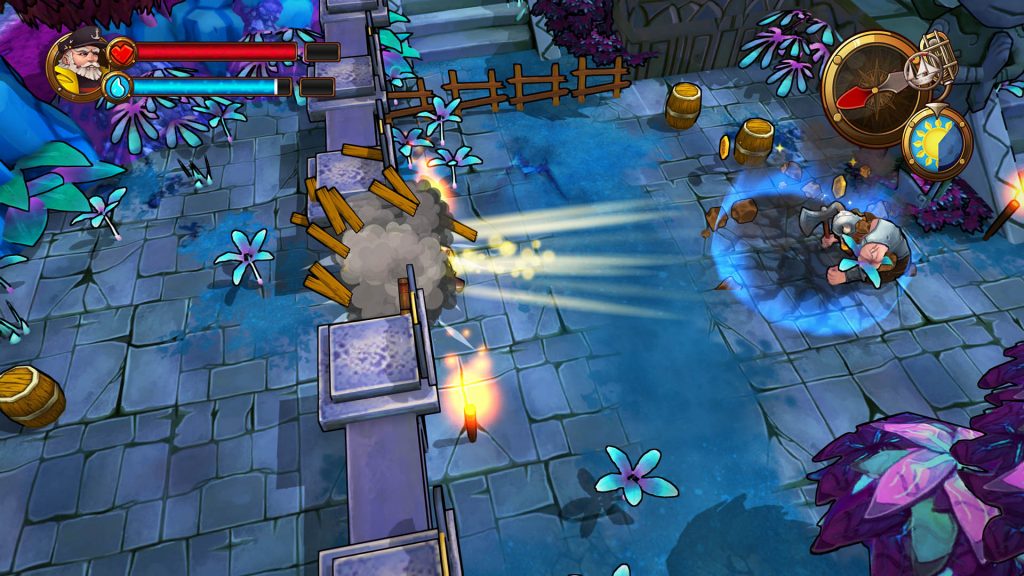 Gameplay is very simple and easy to follow, and the challenge lies in the difficulty of each Island. Each one has a skull rating, telling you the difficulty you’ll face. Not only that, but the permadeath adds to the overall challenge as well. Gameplay mechanics are slowly introduced as you progress. Once you have the sword you can slash at the crates, barrels for coins and trees for berries to replenish your health meter and more. Then you will learn moves and gain skills and buy upgrades for your ship. Gameplay is quite balanced in that respect. Lost Sea is a very easy to pick up and play and very accessible to all regardless of skill level. 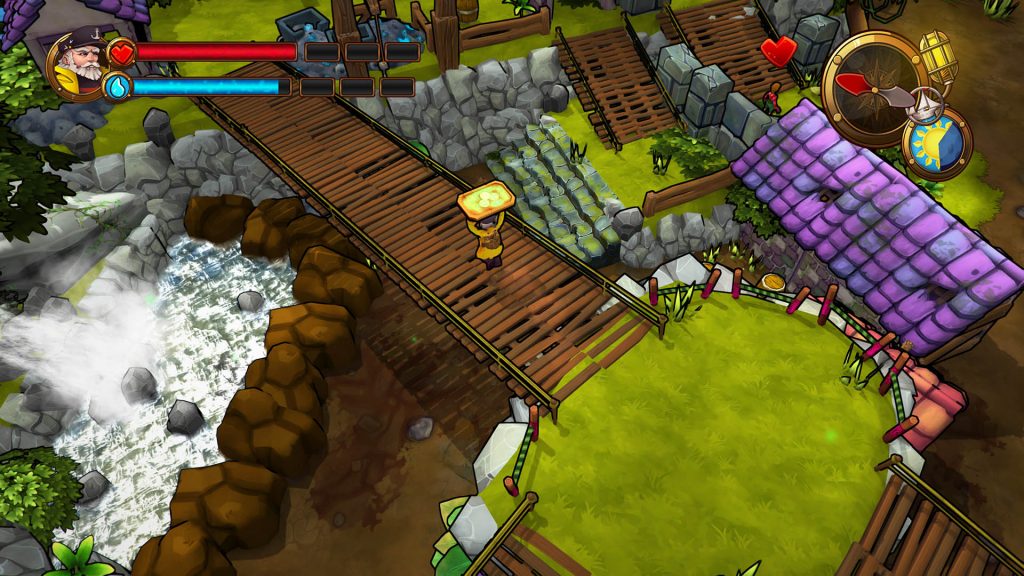 The only downside I had with the game is recruiting crew members. You can only have one at a time and your previous member will return to the dock and will not come with you to the next island, which really sucks. I think It would have been a little better to have them in the dock and you can pick and choose who to take with you. 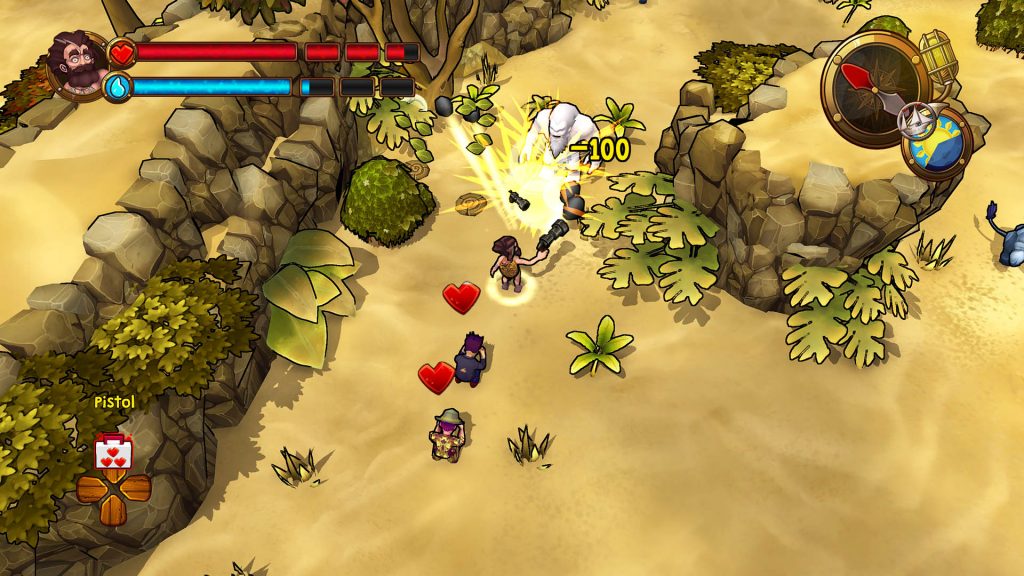 Each member has specific skills. Some of them can’t fight but can, say, repair bridges. Others might have the locksmith skill and fight by your side. There is a diverse choice of characters you can choose at the start of each game, and because the game has some mild roguelike elements you can experiment with each character after dying to find the one you like best. 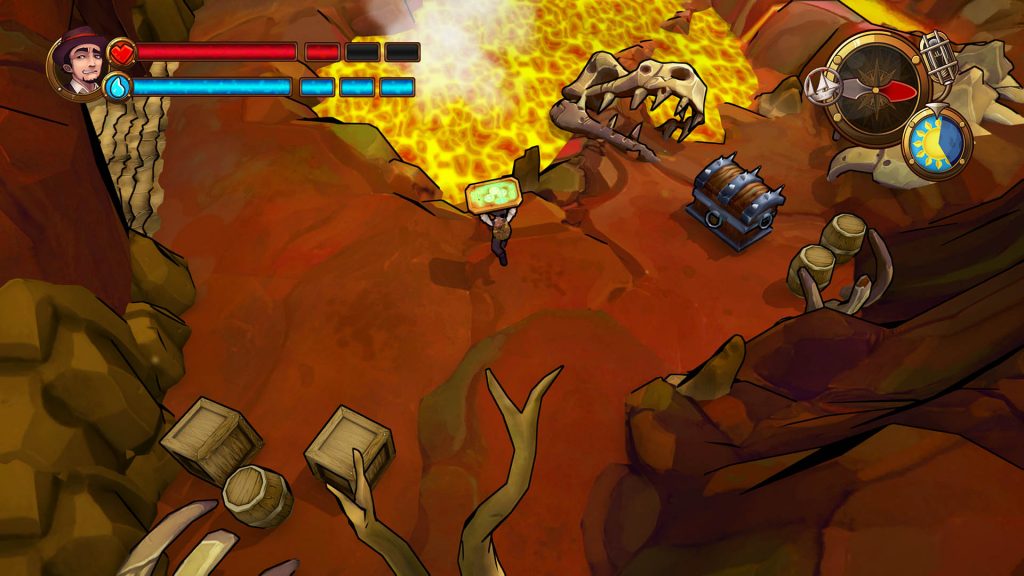 The combat is very easy, and most enemies can be done away with three hits or less, even on harder Islands. The harder Islands usually have more and bigger enemies, but combat is not tough. But avoiding death is a challenge as the bigger enemies do pack a punch, making it harder to stay alive. Healing items are sparse, but you can use the pink trees that will heal you up to an extent. There are also berries that you can find that will add 10% to your health meter. The randomization of the islands will prevent you from getting bored as every island is different after each death. 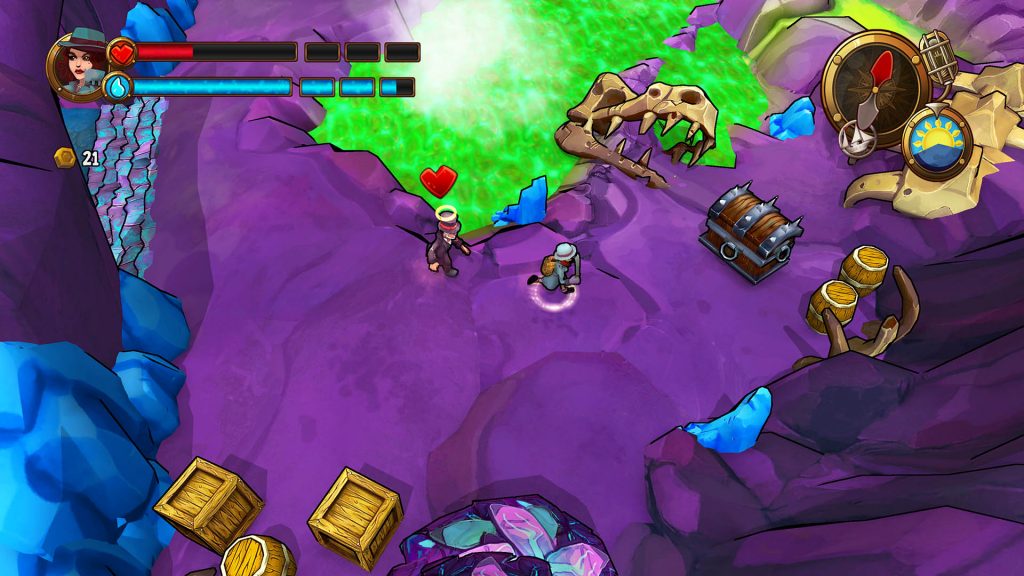 There are a total of 18 collectible treasures to find on the islands. Not only that: there is a trophy for finding 1000 Islands! I think that will take a lot longer than a two hour to speedrun through! Most of the trophies are pretty easy to obtain. You will need to do a run without buying skills and upgrades, and a run without recruiting anybody… and don’t forget the speedrun trophy as well! You will get quite a few of the trophies in your first hour of gameplay. And for all you trophy hunters out there, I have great news! Lost Sea features a platinum, so you’ll definitely be busy for a while! 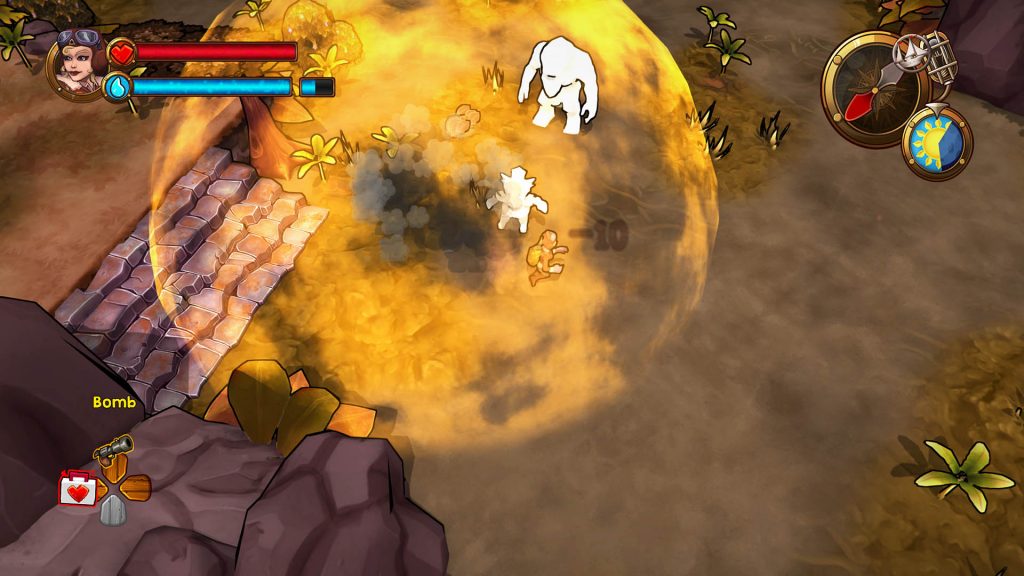 The team clearly worked hard to make Lost Sea the best game it could be, and I’m here to confirm that they achieved their goal. The cel-shaded look is great for this one, and the gameplay mechanics are fun and will keep you coming back for more. I had a ton of fun doing my Lost Sea review and I will continue going back to the game as I aim to add that Platinum trophy to my collection!

Dislaimer
This Lost Sea review is based on a PS4 copy provided by eastasiasoft.

The Silver Case Is Coming To PlayStation 4 In Early 2017!