10 Second Ninja X from Four Circle Interactive and Curve Digital is an action packed release with bite-sized levels that require you to give it your all every step of the way. Each level is only 10 seconds long, and if time runs out, you have to start all over again. Do you have what it takes? Read our 10 Second Ninja X review to see why we had a lot of fun with this game!


Captain Greatbeard has kidnapped all forest critters, so it is your job to go after him to rescue every single one of them. He has turned them into robots, and destroying the robots is the only way to release your friends.
Let’s get this going by talking about the game’s controls. You move with the left analog stick, jump with the X button, and double jump by pressing the X button twice. You can use your sword for melee attacks by pressing the Square button, and can throw shuriken with the Circle button. 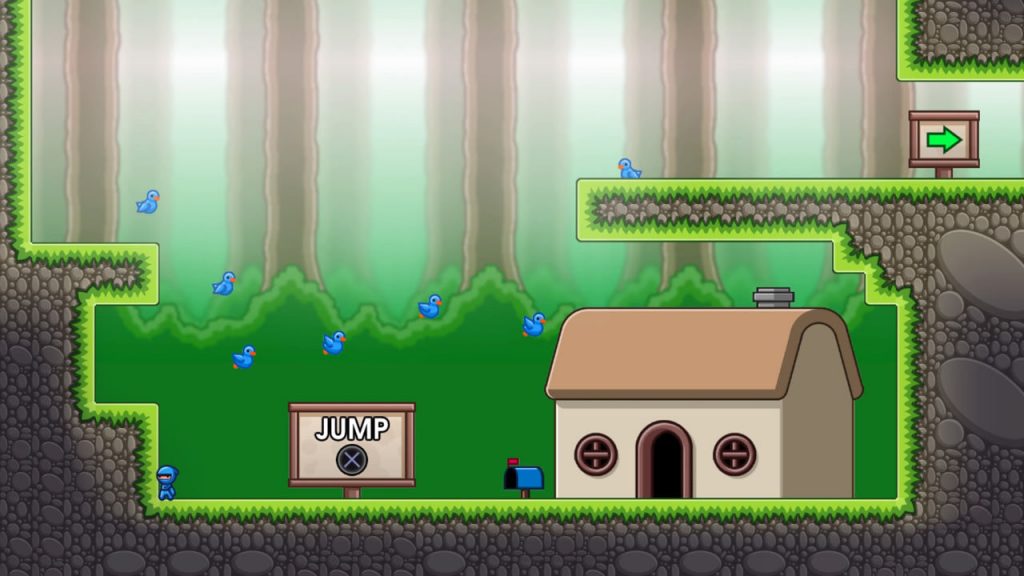 At the start, you only have access to one set of levels which will serve as the game’s tutorial so that you can learn the basics. Since you only have three shurikens at your disposal, you can’t just use them to defeat every robot in a level. You’ll, therefore, need to mix melee and long-range attacks to defeat every enemy before your ten seconds are up.

You are rated at each level based on your performance, with the highest rating being three stars. One star is awarded for completing the level, but the other two you can only get if you complete the level fast enough. How fast do you need to be to get a three-star rating? It depends on each level. Some require that you complete them in two seconds at most, while others which are larger have a more relaxed five or six seconds limit. Luckily the timer doesn’t start until you make your first move, so be sure to use that moment to evaluate level’s layout and where enemies are placed. 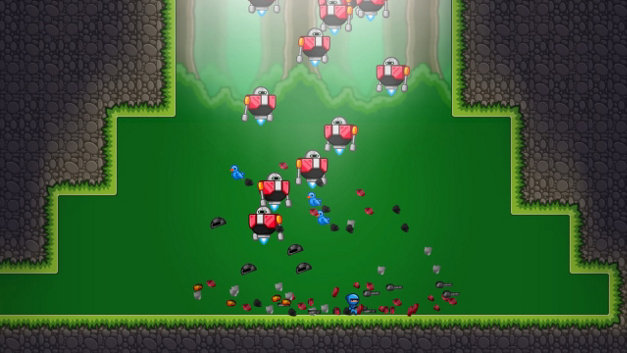 You’ll probably only get a single star for the first handful of levels you play, so a lot of trial and error is required to find the best strategy which can lead you to that coveted three-star rating. Once you find something that almost works, you can keep trying as you shave half a second here one-quarter of a second there until you succeed. You also need to get good because the rest of the level sets are unlocked once you have enough stars in your collection – forty stars is the first threshold you’ll need to cross.

You’ll unlock new areas of the ship as you play, and this will eventually open the way to the Arcade room where you can try your luck in a fun mini-game that can reward you with hint tokens to make it easier for you to find the perfect route for completing a level. Kats Crate Smash is the name of the mini-age, and in it you must destroy the flying robot with the green check mark, which will mix in with the other flying robots at the start of the game. 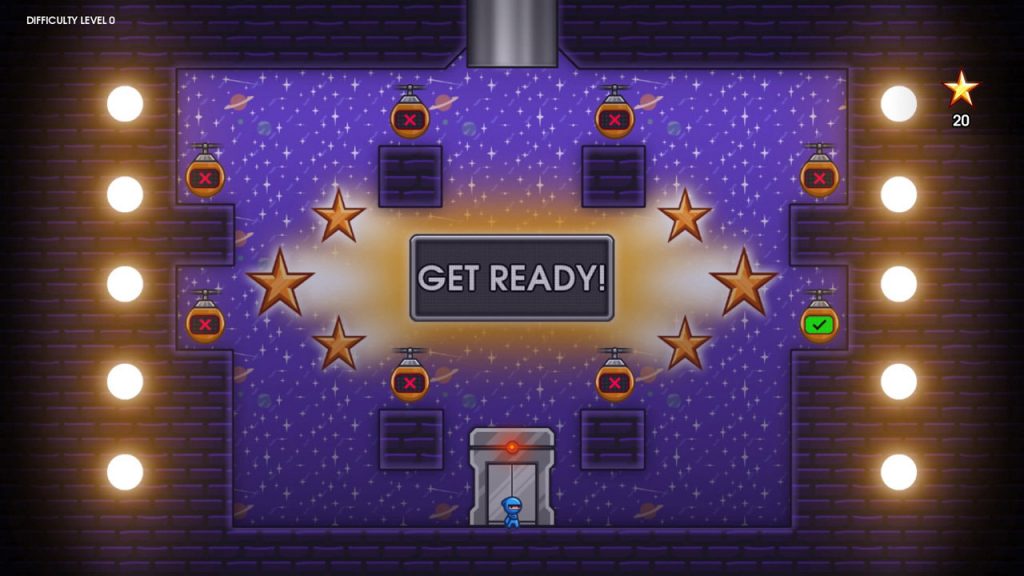 You’ll get to meet the rest of the crew in-between the regular levels, and one of them will ask that you find the nine pieces of a gaming disc for a long-forgotten and lost game that she’s very much looking forward to playing since it’s an unreleased sequel to a game!

In the lobby, you’ll find the entrance to the Costume Department as well as to Marathon Mode. In the Costume Department, you’ll be able to change the appearance of the main character thanks to the help of Natalie… once you unlock the costumes. As for Marathon Mode, well, that one is unlocked along the way, and it tasks you with completing all levels in each set in one go per set. You’re graded on how well you’ve done, and there’s a trophy tied to getting an X rating in all Marathon Mode sets… for which you need to complete each level in a set with a three-star rating, without retrying any level and without dying a single time. Sooo…. good luck with that! 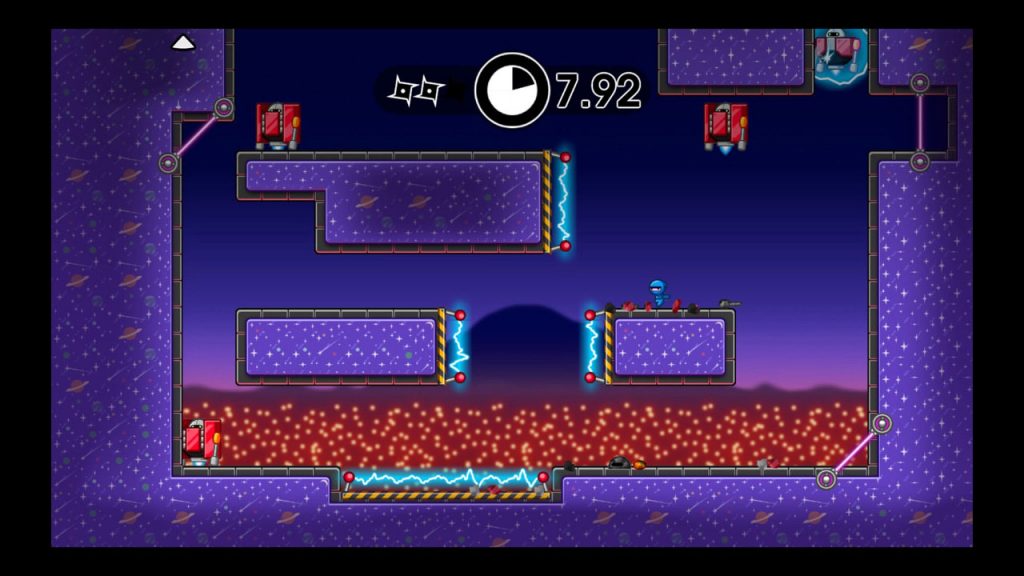 Speaking of trophies, there are twelve trophies in total for 10 Second Ninja X, with several of them tied to getting a ton of stars for your collection. Most of the trophies are actually of the hidden variety, so you might get some of them without even trying. Take, for instance, the first trophy I got which was for finishing a level with less than 0.03 seconds to the next star. This I got while I was trying to lower my overall time for a level, so if you aim at a three-star rating for every level, I’m sure you’ll eventually get it as well. 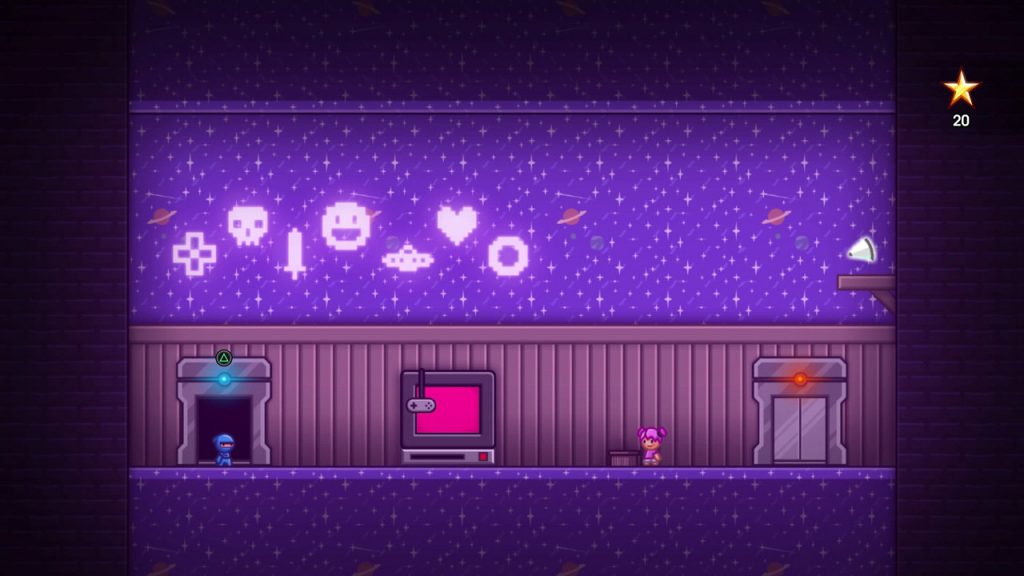 I greatly enjoyed my time with the game. As I wrote this 10 Second Ninja X review, I kept replaying each level over and over again until I managed to get a three-star rating on each level. Due to its arcade nature and how levels are 10 seconds long, this game will keep you coming back for more, as you play each level “just one more time” as you search for the perfect route.

Danganronpa 1•2 Reload Is Coming To PlayStation 4!