SEGA got in touch with us to announce that they’ll be releasing Hatsune Miku: VR Future Live next week for PlayStation VR. The game itself will be free to download, and players will be able to purchase “Stages” at $14.99 each that will include a set of songs to enjoy.


According to SEGA, the first Stage will go live along with the game’s release and it will include the following songs:

Love Trial by 40mP
1/6 – out of the gravity – by noa
Satisfaction by kz
Weekender Girl by kz & Hachioji P
39 by DECO*27 & sasakure.UK
Cute Medley – Idol Sounds by Mitchie M
Love Song by Lamaze-P 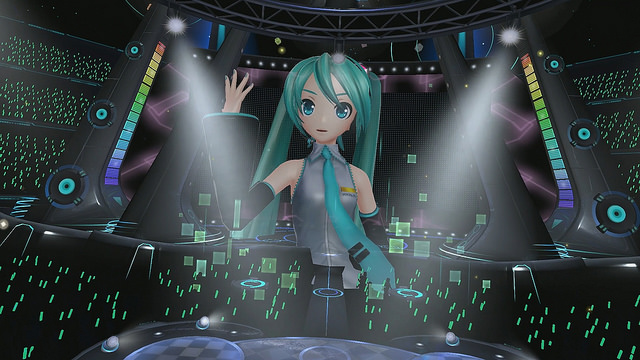 On top of this, SEGA mentioned that there will be an update for Hatsune Miku: Project Diva X, a game which I had a lot of fun reviewing. This patch will give players a glimpse of what to expect from Hatsune Miku: VR Future Live:

If you picked up Hatsune Miku: Project Diva X, be sure to check out the VR-enabling patch, which will be released alongside PS VR, that will enable you to view concerts you created using the Concert Editor in VR! While not the full VR Future Live experience, it will give you a small taste of what Miku + VR can be!