Exist Archive: The Other Side of the SkyMediaPS4
No Comments

Exist Archive: The Other Side of the Sky Out Today! | PS4Blog.net 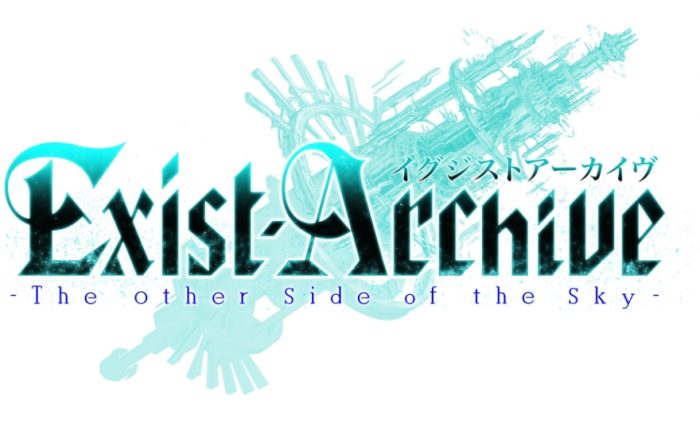 Aksys Games has released Exist Archive: The Other Side of the Sky today for PlayStation 4 and PS Vita! This is a game you should definitely check out if you’re a fan of the work of Aksys Games, tri-Ace and Spike Chunsoft! The game is available both physically and digitally in North America for PS4 adn Vita, and as a digital-only release for both systems in Europe.

The game can best be summed up as a spiritual successor to the beloved Valkyrie Profile series, which is why we jumped at the chance of bringing you a review for the game on PS4 and Vita! Be sure to check the game’s trailer below, and do let us know what you think!


Star Ocean and Valkyrie Profile celebrate 20 years of RPG mastery with Exist Archive: The Other Side of the Sky! Prepare for an expansive RPG adventure that plunges the player into a mysterious realm beyond imagination! Brandish godlike powers in intense combo based battles with unspeakable horrors and vicious bosses! Traverse sprawling 2D dungeons as you scour the realm for loot, monsters and answers to the mysterious Underworld.

Key Features for Exist Archive: The Other Side of the Sky

Strategize and Execute
Each character attack corresponds to a button that unleashes massive devastation. Maximize the punishment you dish out to enemies by building powerful combos!

Chemistry is Key
Mixing and combining attacks will affect your party chemistry. Trigger special events and attack combos by balancing your Friendship, Affection and Rival levels. What insane skills will you unlock?

Fortune Favors the Bold
Your choices dictate the fate of your party and offer multiple paths to unique endings.