Since we really liked Jotun from Thunder Lotus Games, we got in touch with them to talk about Sundered, their next PlayStation 4 project which they’ve recently revealed.

PS4Blog: Hi! Good to have you with us at PS4blog.net. Would you kindly get us going by presenting yourself to our readers?

Hey! I’m Will Dubé, Creative Director at Thunder Lotus Games. Good to be here once again!

PS4B: You’ve announced Sundered as your next PlayStation 4 project, and you had us at Metroidvania! What can you tell us about what seems to be a gorgeous looking 2D game?

Sundered is a horrifying fight for survival and sanity. You play Eshe, a wanderer in a ruined world, trapped in ever-changing caverns teeming with eldritch horrors. Harness the power of corrupted relics to defeat gigantic bosses at the cost of your humanity. It is a game that builds on the strengths of Jotun: hand-drawn art, epic boss battles, and great immersion. However, we know Jotun was far from perfect. With Sundered, we’ve added more complex mechanics, tons of replayability, and meaningful choices. We’ve gone into a darker universe heavily inspired by Lovecraft’s writings. 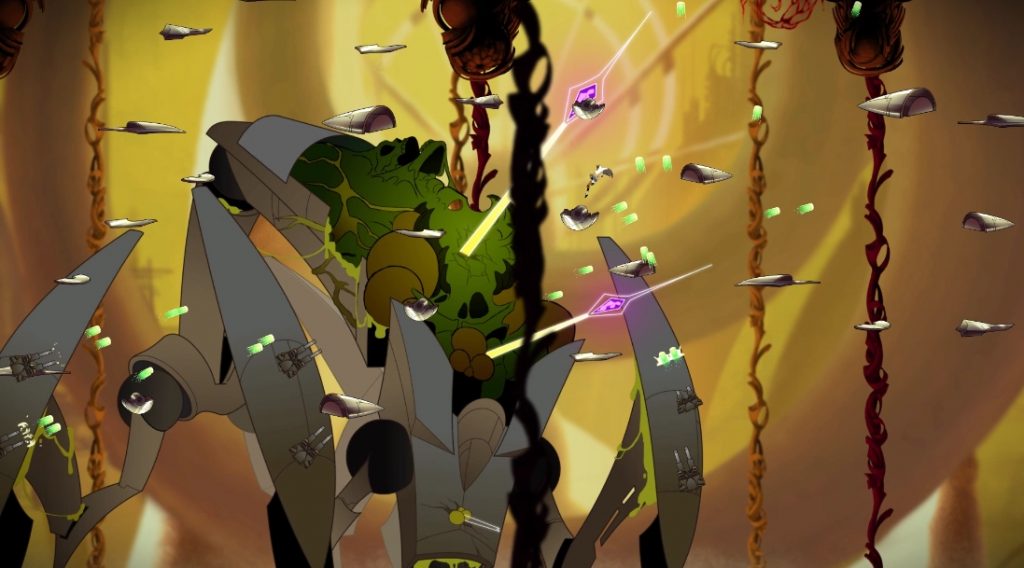 PS4B: Could you please expand on the “replayable” part of the game’s description? It sorta makes me think you’re talking about a Metroidvania with some degree of procedurally content and a couple of roguelike elements thrown in for good measure.

Yeah, so there’s already been tons of questions on the subject, which is great! A lot of people feel that a procedural metroidvania is impossible. In Sundered, the structure of the world does not change, similar to a game like Diablo. Sub-sections however are procedurally assembled from hand-crafted levels to keep things fresh. 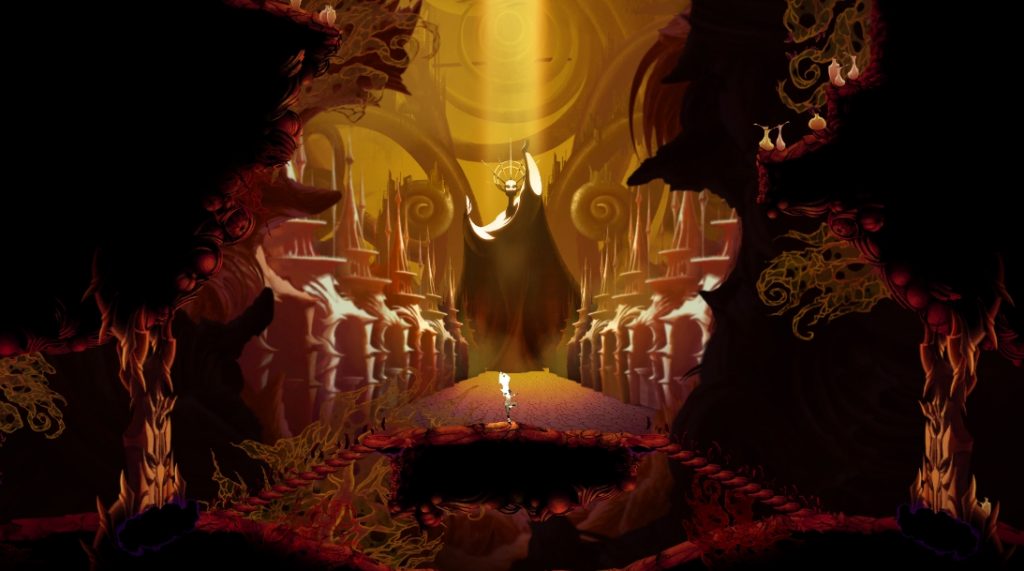 We absolutely loved going to Kickstarter with Jotun. We had a really great experience and having our backers test the game in early builds really helped us nail the experience. Though we are pretty much ok to fund production ourselves (with the help of the Canadian Media Fund, who helped us with Jotun too), we haven’t closed the door on Kickstarting Sundered for additional features and polish. 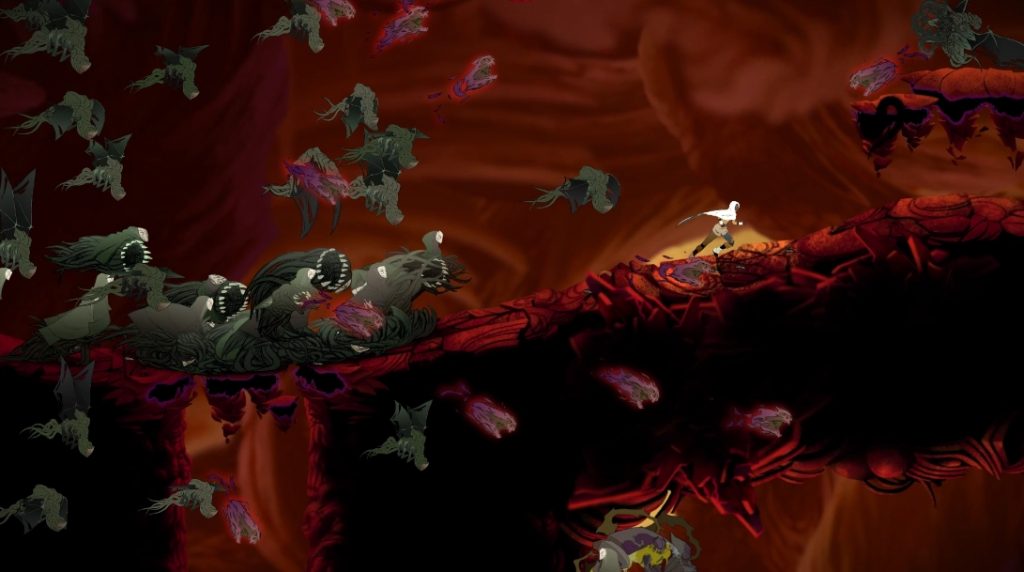 PS4B: Thank you for your time. Anything else you might want to share before we end this?

Thank you for asking the questions! Resist or Embrace.