We’re currently working on a review for Filthy Lucre, so we got in touch with indie studio Fabrik Games to talk about the game’s development and release on PlayStation 4.

PS4Blog: Hi! Good to have you with us at PS4blog.net. Could you please present yourself to our readers and let them know a bit about yourself?

Hi, thank you for having me. My name is James Lacy and I’m the Lead designer on Filthy Lucre. I’ve been in the games industry for 14 years, and have previously worked on titles such as MotorStorm and Driveclub.

PS4B: We’re here to talk about Filthy Lucre on PlayStation 4. How would you describe the game?

Filthy Lucre is a top down stealth-action shooter that allows you to either sneak in and out of any of the 5 unique locations undetected or go in guns blazing with maximum aggression.

Each location offers a different challenge as the open areas in the Scrapyard and the claustrophobic corridors of the Manor need a completely different approach. You’re able to set your loadout before you go into each mission and you can select any combination of the 30 items available once they have been unlocked. Most importantly you can play through the entire game in co-op split screen or online.

PS4B: What drew the team to working on a stealth action game?

We’re all huge fans of both stealth and action games, so we were really passionate about making something that combined the best elements of both genres. We spent a lot of time prototyping and balancing our systems in order to create a world that would react and respond to your actions. Guards will notice when there are any changes in the world, such as broken alarm panels, missing targets and dead bodies. Even the slightest change can cause a ripple effect that could lead to a guard going on a search and finding the trail of destruction you’ve just left downstairs. 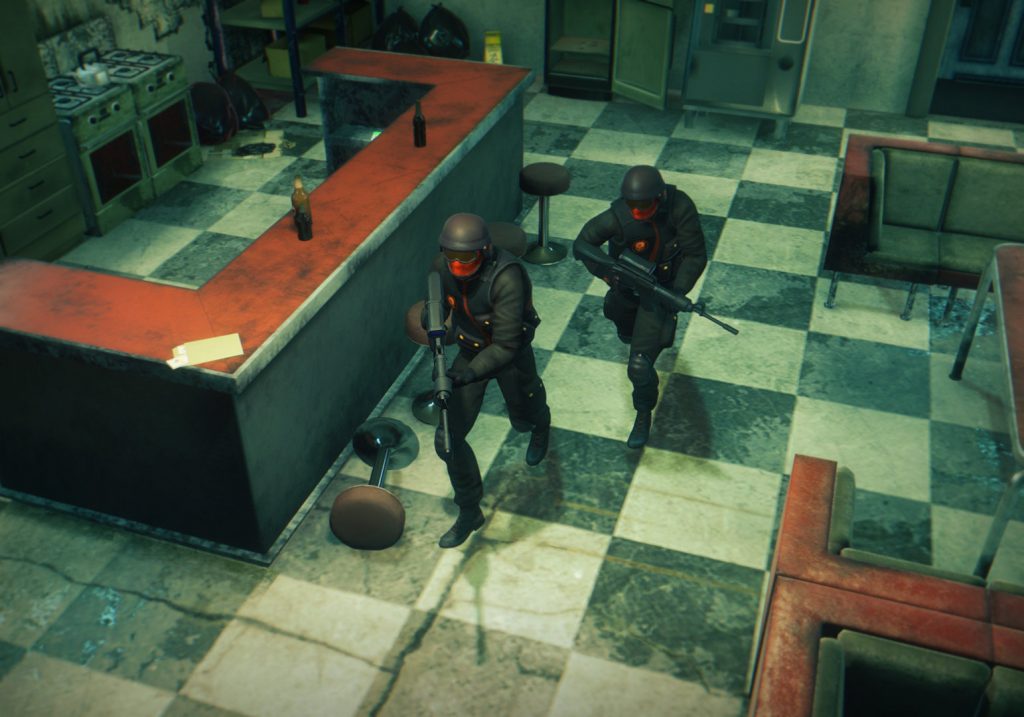 PS4B: Is it really possible to do every single section of the game either with full on stealth or by going in guns blazing?

There are no restrictions to play styles throughout the game, however the world will react and respond to your actions. So if you’re going to go in guns blazing, it’s worth making sure you take in the right tools to do the job, items such as the Bossburg shotgun and the proxy mine are a great combination when you want to cause some chaos. You can escape the mission at any time, so if the heat gets too much, you can just grab what you can and get out. 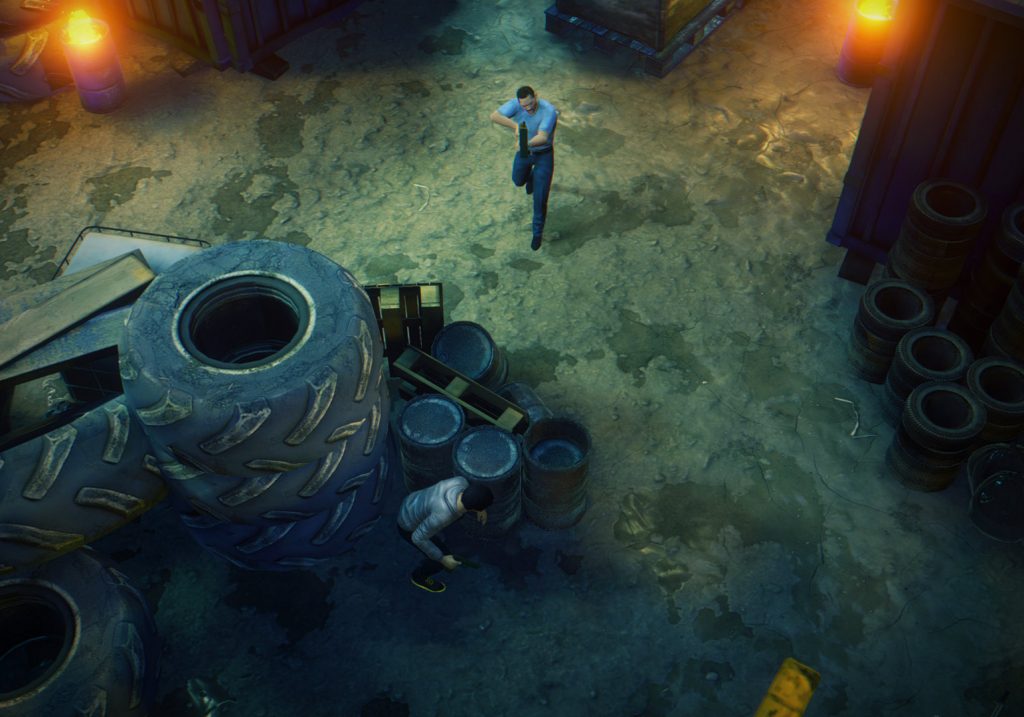 PS4B: How long will it take players to complete all missions included in the game?

There is a total of 15 missions in the game across 5 different locations. To gain access to new missions you must complete a variety of targets that include stealing, sabotaging and assassinations. As you rank up, you will gain access to the Bank where the primary target must be completed in order to unlock the next set of missions. There is also 3 challenges to complete within each mission, as well as a hidden Antique that will appear back in your hideout once it has been successfully stolen. We estimate there is around 8-10 hours of gameplay in total to finish all the missions. 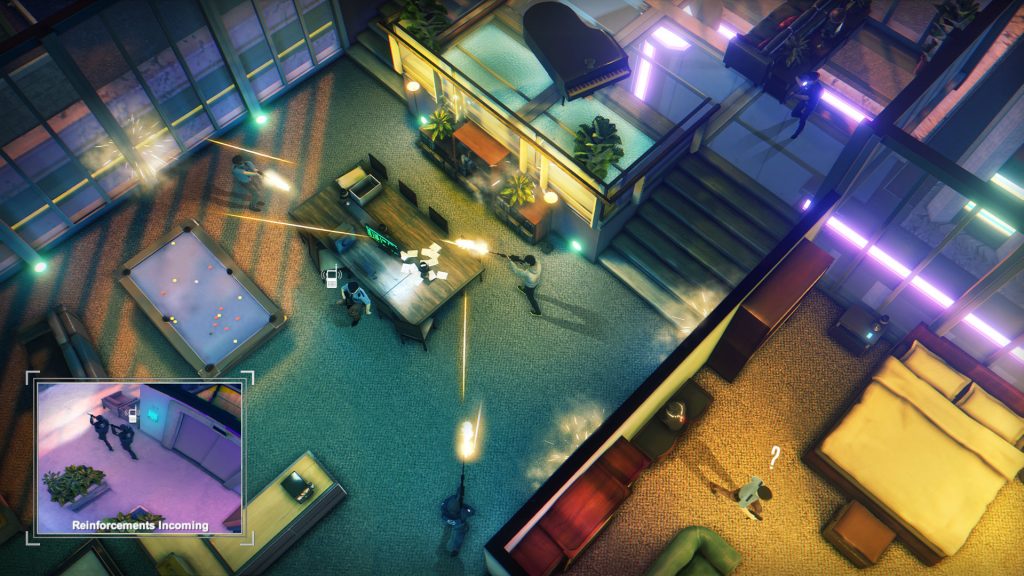 PS4B: On that note, what are the estimates on the total number of hours required for someone to secure the Platinum trophy for Filthy Lucre?

I would say an additional few hours are required to reach our platinum trophy as completing all of the primary objectives undetected is one of the toughest challenges in the game. You’ll need to make full use of the body hider to get this one done. 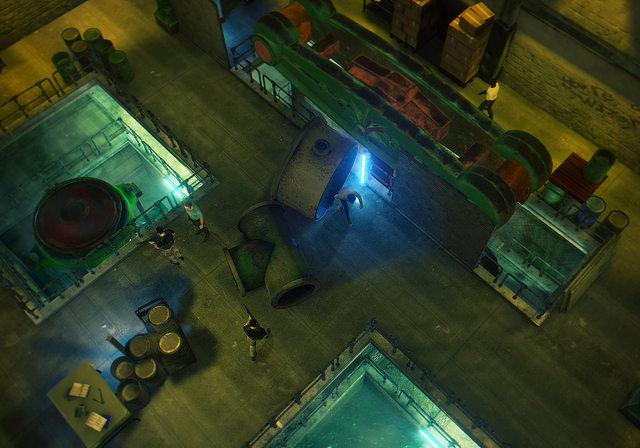 PS4B: What is the team working on now that the game has been released? Are you working on DLC missions for the game or have you started work on a new project?

Our number one priority at the moment is reacting and responding to our community with not only bug fixes and improvements, but also features that they may want to see in the game further down the line. 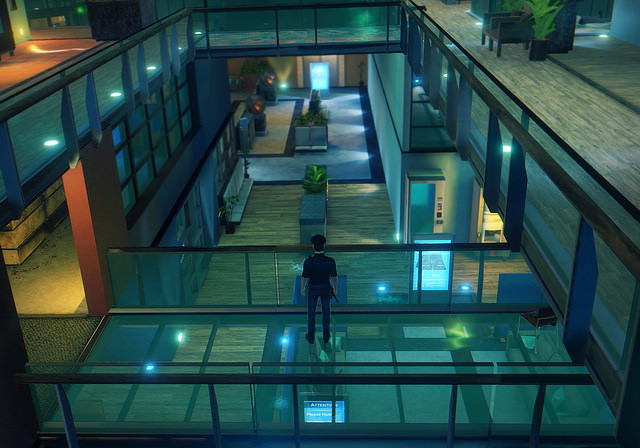 We really hope you enjoy Filthy Lucre as much as we enjoyed making it. You can follow us on twitter for more news and updates. Thanks.