Slain: Back From Hell from Wolf Brew Games and Digerati Distribution was a successfully funded game on Kickstarter achieving almost $20,000 from a $12,000 base goal. Over a year later, the game has now finally arrived on PlayStation 4. Is this a game you should have in your PS4 collection? Check our Slain: Back From Hell review to find out!


Slain: Back From Hell is a 2D hack and slash sidescroller with a hint of Castlevania thrown in for good measure, which means I was immediately hooked. The story is about Bathoryn who has come back to the land of the living after a spell in hell. He has been sent to defend Chalh from Lord Vroll the Vampire, and your job is to liberate the six ares in the game.

And this is no ordinary game. If you want a good and meaty challenge then that is the game you’ve been waiting for – it offers absolutely no hand holding. Once you start you are on your own. Despite the generous checkpoints the game offers, it is quite challenging – Bloodborne challenging. Along with the many enemies to fight you also have to avoid hazards such as spikes and lava pits that will mean an instant death for your main character. Luckily checkpoints act as the game’s save points as well, so when you die you go straight back to the last checkpoint you reached. 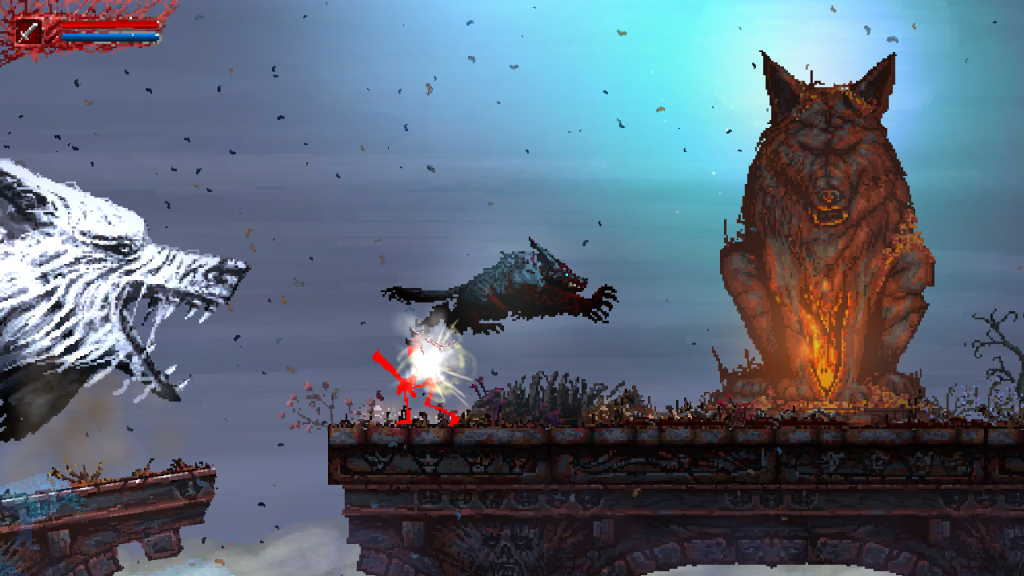 You will face skeletons, fire blowing giant creatures with wings, man-sized rats and more. Some enemies will wield swords, while others will cast dangerous magic to stop you in your tracks! There’s also a lot of platforming fun to be had along with all the killing, and the game’s art style allows the action to shine. 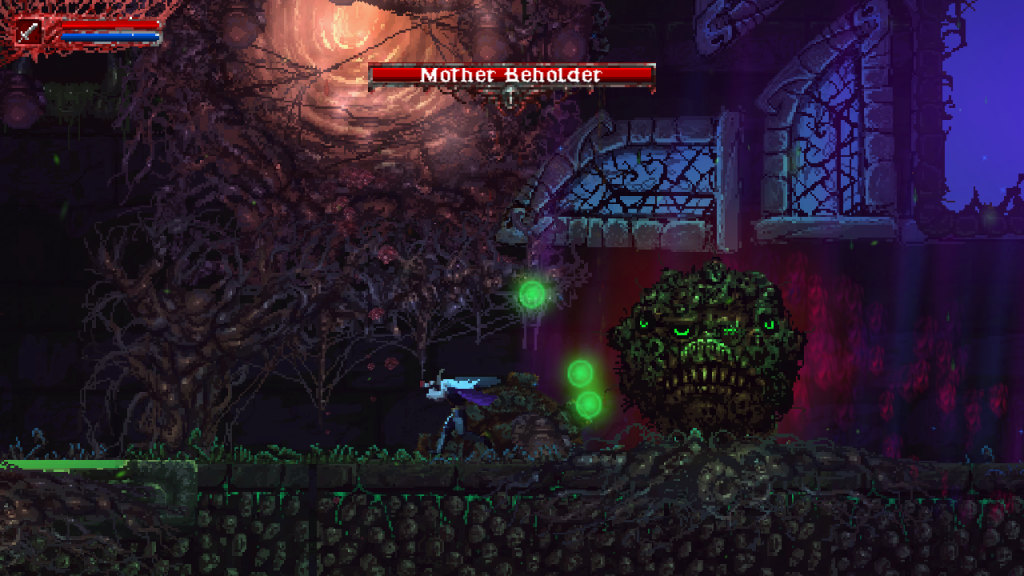 The boss fights in the game are EPIC! You can’t just hack and slash your way through a boss or even a sub-boss. You will have to learn their attack and movement patterns, and sometimes you will need to parry to land an important critical hit. Considering your life bar is very short compared to theirs, a few hits is all it will take to end your life, so yes, a little trial and error is needed. You’ll also need to find to which element they are weak against so that you can maximize that and deal some considerable damage during the small windows of opportunity of each boss fight. 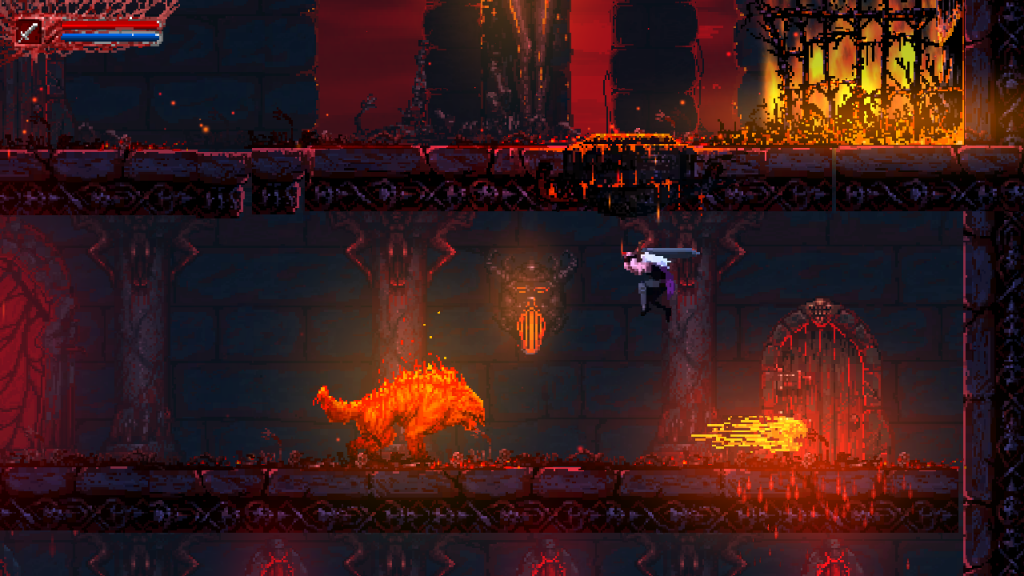 Along with the basic melee attacks at your disposal, you will also have magic attacks that will use up your mana meter, as is the case of the fireballs and bombs you can conjure to your advantage. You’ll need to mix and match melee and magic attacks to make short work of all the enemies out to get you, so be sure to get a feel for the timing and damage dealt by each attack so that you’re always ready to activate the right ones for your current situation.

There are some mild puzzle elements in the game, such as flicking switches to enable platforms to move so you can progress to the next section. The puzzles are quite easy and are a nice diversion from all the fighting because it is in the combat where the challenge lies. 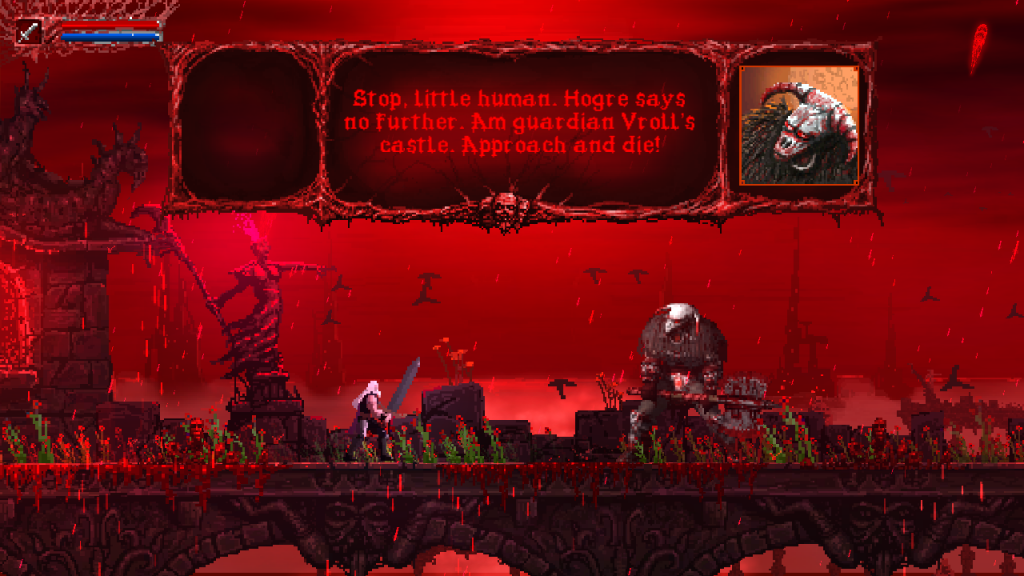 As I mentioned before, traps are a tricky part of Slain: Back From Hell and several are cleverly hidden by, say, a bunch of birds or some other elements. If something looks suspicious, then be suspicious of that area! Sure, dying only sets you back a few minutes, but there’s plenty of death in combat as is, so no need to also die in a single hit from a hazard. 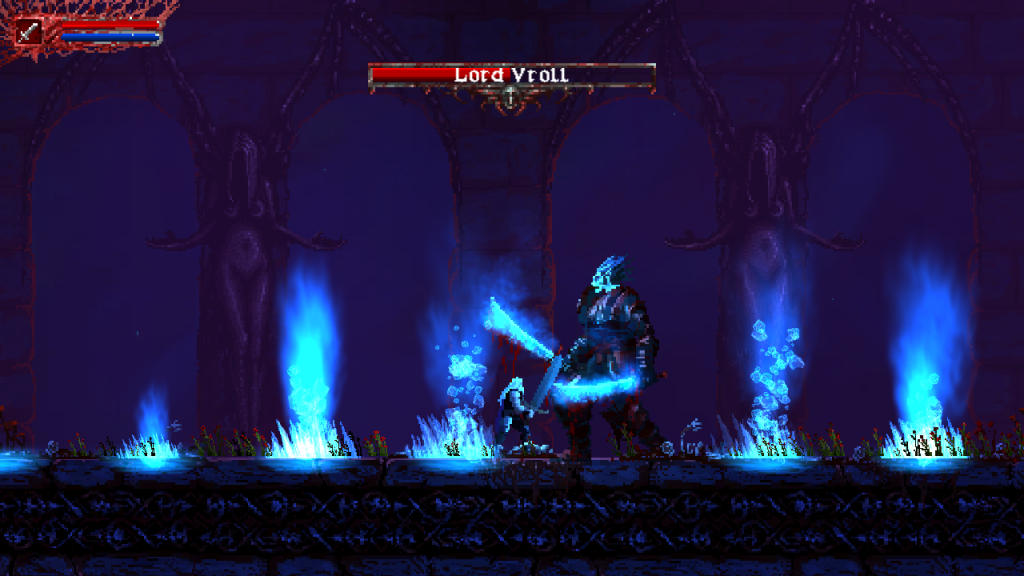 I highly recommend that you add Slain: Back From Hell to your PlayStation 4 collection today. Writing this Slain: Back From Hell was the highlight of my week and I’m sure it will entertain you as well for several hours. If you’re a fan of games such as the old-school Castlevania series and want to face a very challenging release, then this game is a must-have for you. 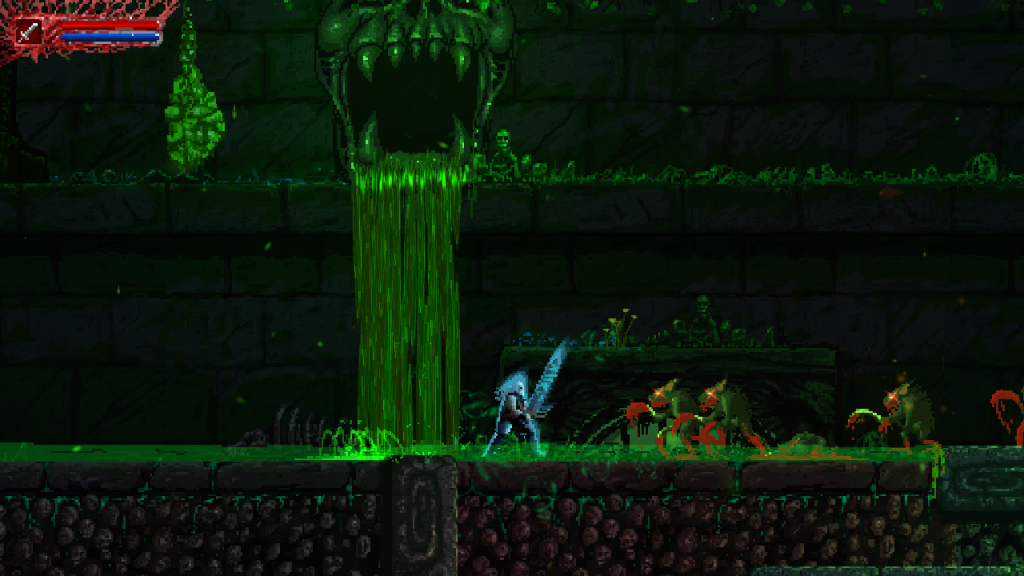 Disclaimer
This Slain: Back from Hell review is based on a PS4 copy provided by Digerati Distribution.