Oceanhorn is a game inspired by The Legend of Zelda – specifically by The Wind Waker. There’s certainly a lot more to this game but, how does it do on PlayStation 4? Read our Oceanhorn Review to find out!

As you can see from the trailer above, this game has been greatly influenced by The Legend of Zelda: The Wind Waker (which I loved!), and because of this, my review will include a few comparisons between the two.

Your time in Oceanhorn will mainly be spent exploring and destroying a few enemies on your path. My first impression of the world is that I felt it was closed down to a line since we can’t navigate freely on the water (like we could do in The Wind Waker) and each new island must be discovered (by hints found on the islands you can already visit) in order to be able to navigate there.


The entire world map is relatively small, but each island is unique, and the game includes a good variety of landscapes and locations to explore. Also, there aren’t many monsters in this game compared to other action adventures I’ve played, and it was actually fun to be able to explore each island without being swarmed with enemies at every step. They do however respawn rather quickly so you might have to take them down more than once if you want to explore further. 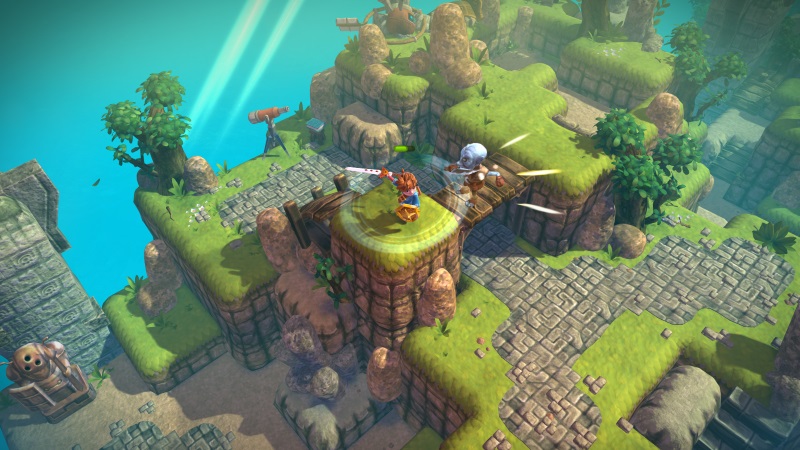 As for its gameplay, after playing for several hours, I came to the conclusion that the controls fee a bit stiff. For instance, it’s impossible to move and swing your sword at once. Outside of the controls, there are a lot of simplistic puzzles like flicking a switch or moving blocks to pre-defined spot, and the various power-ups for the game are progressively awarded as you progress.


The game is beautifully rendered with vivid colors, running at a flawless 1080p and 60fps – never once did I get a single frame drop. As for the soundtrack, it was created by gaming music legends Nobuo Uematsu and Kenji Ito, two seniors in the domain. It is a very good soundtrack, and some themes got stuck in my head after a play session. The remote play on the Vita isn’t very good because the shield is mapped to R2, which is hard reach on the Vita’s backpad. In the heat of action, I lost way to many lives like this, so I did wish we could have a chance to remap buttons. 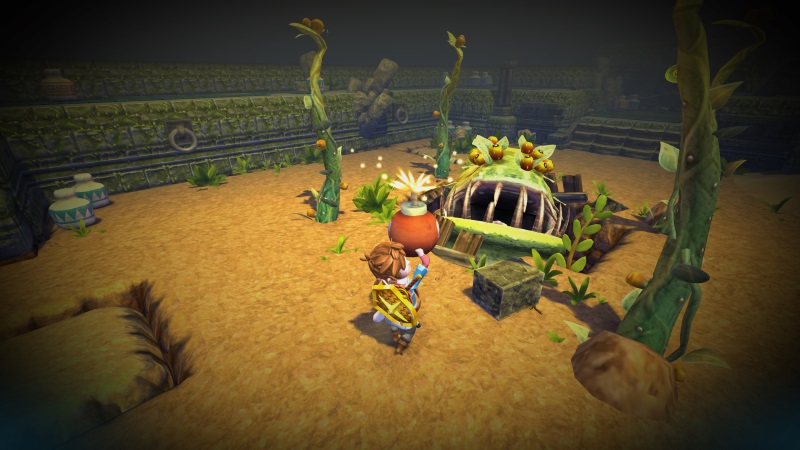 Final Thoughts
Exploring the world of Oceanhorn was great, and I loved it. I noticed that the controls were a bit stiff, but it wasn’t a deal breaker for me. The main campaign should last you around 15 hours, which is a good length for this type of experience. Playing this one for my Oceanhorn review really was a highlight of my week, and hopefully you can give it a try today!

You can purchase Oceanhorn from the PSN.

Disclaimer
This review is based on a PS4 copy of Oceanhorn provided by FDG Entertainment GmbH & Co KG.