The world of Hatsune Miku: Project Diva X is split into five different areas called Clouds: Cute, Cool, Elegant, Quirky, and Classic. The Clouds are in danger, and it’s up to you to save them by singing. By performing songs and doing great, you’ll secure Voltage that can be used to restore the energy of the Cloud Prisms, so that they can shine as brightly as they once did. Filling up Cloud Prisms is the way you’ll unlock more clouds and open the way to enjoying new songs.

To get you going, I suggest you enter the tutorial section in the options menu so that you can learn the basics of the game. But before that, while in the options menu be sure to calibrate the game! Since this is a rhythm game, timing is key, so properly calibrating the game for any delay introduced by your TV display is a must. Once you’ve done that, doing the tutorial will quickly make you an expert in Hatsune Miku: Project Diva X!

You must press the Square, Triangle, Circle and X buttons (or left, up, right and down on the D-pad) to match the icons that move towards the center of the screen in tune with the beat. On top of this, sometimes you’ll see arrows of a specific color that match a direction in the D-pad and one of the face buttons, so you must press both (for example, right and the Circle button) at the same time for the note to count.

When you see a melody icon with a long tail, you must hold the button until the end of the note. For star icons, you’ll have to flick with the left or right analog stick (and you can even use the touchpad on your DualShock 4 to swipe) – you can do this in any direction you want. If you see a rush icon you’ll need to madly press the displayed button as fast as you can – the more you tap, the bigger the icon will get, letting you know you’re getting a lot of points for your effort. 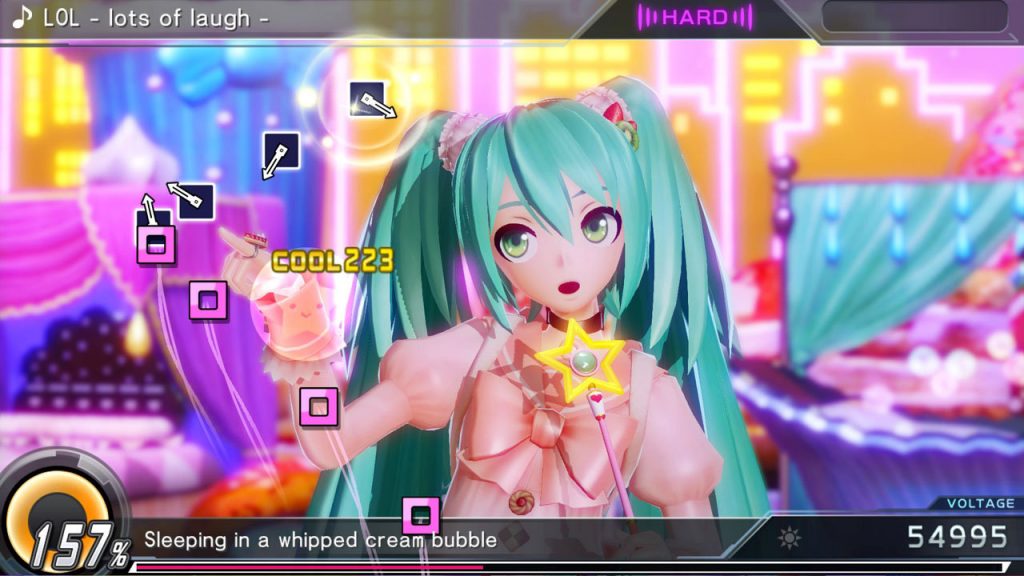 During songs you’ll also run into Technical Songs were you’re required to combo the corresponding number of notes shown on the upper left of the screen. A combo means that you must hit all notes without missing a single one. During a song, you will also get to play a Chance mini-game where you can secure new costume modules as drops. You must hit the icons on display to fill the starts on the bottom left of the screen, and if you’re successful you’ll get something good as a reward. Completing the tutorial will also reward you with your first pair of titles and a shiny new trophy for your collection.

Once you’re back in the main game, you’ll see that the only available cloud is the Classic Cloud, so you’ll need to complete all songs in this cloud before you can open the way to the next one. The first set of songs is certainly the easier of the bunch, which makes sense since there are probably some of you out there who are just starting to learn how to play the game. The last song in the set is a medley where you can get to play all previous songs in one go, for a big concert where more than one character will be singing and dancing.

Going back to Modules, these allow characters to switch to a new wardrobe that will also introduce special effects and bonuses to the mix. You can go into any song with your favorite setup (which you can save to speed things up), but there’s also something else you have to consider when dressing up for the occasion. Each song has a specific aura, so if you can match said aura with your modules and accessories you’ll get a bigger bonus! There’s also some combinations that might lower your overall bonus for a specific song, so be sure to check before you play it!

Accessories that aren’t of the same aura or strictly of the same set can still grant a bonus, as was the case for me. For example, you can wear a pair of dog ears and a dog tail, and get a small bonus to the overall voltage you can earn in a song. But if you do like I did and set a pair of dog ears and a cat tail, the bonus will be bigger as it will trigger the “Animal Lover” bonus which for that song was a very good extra 6%.

Due to the nature of Hatsune Miku: Project Diva X, doing videos of the game is a bit tricky. Why? Because all songs in this new Hatsune Miku game have been created by the Hatsune Miku community. On a great move by SEGA, each person has retained the rights to the song, and is, therefore, able to issue ContentID/Copyright Strikes, because it is their content. Luckily the PlayStation 4 version was developed with this in mind, so hitting the share button on your DualShock 4 will auto-filter the music out, so that all that is left is the proper gameplay mechanics. 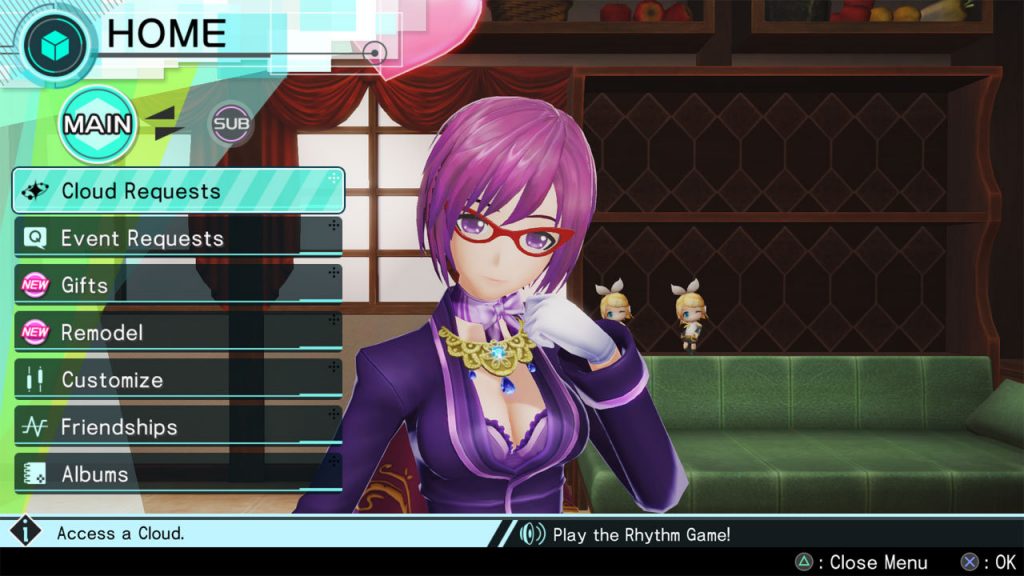 This being a major release, it was expected that we’d be getting a full trophy count with a Platinum, and that’s exactly what we have for Hatsune Miku: Project Diva X. As you’d expect from a rhythm game, the time it takes you to unlock the Platinum trophy will greatly depend on skill, so be sure to practice a lot so that you can get the hang of things in no time! Trophies are unlocked by earning titles which are obtained by completing songs (in higher difficulty settings), completing story mode, securing unlocks, keeping characters (very) happy, and more.

I’ve been having a ton of fun playing the game for this Hatsune Miku: Project Diva X review, and I’ll keep going strong for a while. The gameplay mechanics are solid, the game looks great on PlayStation 4, and the song selection is very fun, which is a must for a game like this. The game is $49.99 on PlayStation 4 and $39.99 on PlayStation Vita, and while it does offer cross-save support, as you can tell from the price difference, this is not a cross-buy release. What IS cross-buy is the game’s DLC, so if you buy it for one version, it will unlock for the other one at no extra cost. 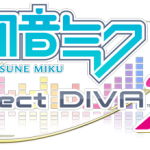 Time For You To Save With The Co-Op Sale On PSN!