Have you played any of Team17’s Worms games? I have, and they are absolute brilliant fun and full of comedy. The developers obviously thin the same and have paid homage to the series with Cannon Brawl, a very entertaining release now on PS4. Read our Cannon Brawl review to see why we can’t stop playing this game!


The story is about two brothers who fight over the control of the kingdom – one is evil, and the other is good. The evil brother kidnaps the good brother, so their sister sets out on a mission to rescue him. You must, therefore, gather allies to succeed in your quest.

Cannon Brawl is a 2D RTS game with a hint of resource management and tower defense. Think Worms with a dash of old-school Warcraft to get you started and you’d be on to something good. In the main campaign mode, which you can play solo or online, you’ll explore twenty action packed levels and ten mind-bending puzzle levels. Cannon Brawl offers players dozens of hours of fun, and you’ll certainly like your time with it!

The game has three main mechanics: building defenses, harvesting resources and firing weapons – cannons. You will need all three to succeed in each crazy level! The terrain changes with each level, from beautiful mountainous landscapes to snowy levels, each more beautiful than the previous ones. The aim of the game is to build mining factories that will give you gold to build weapons and items to protect your castle and defeat the opponent, by destroying their castle. 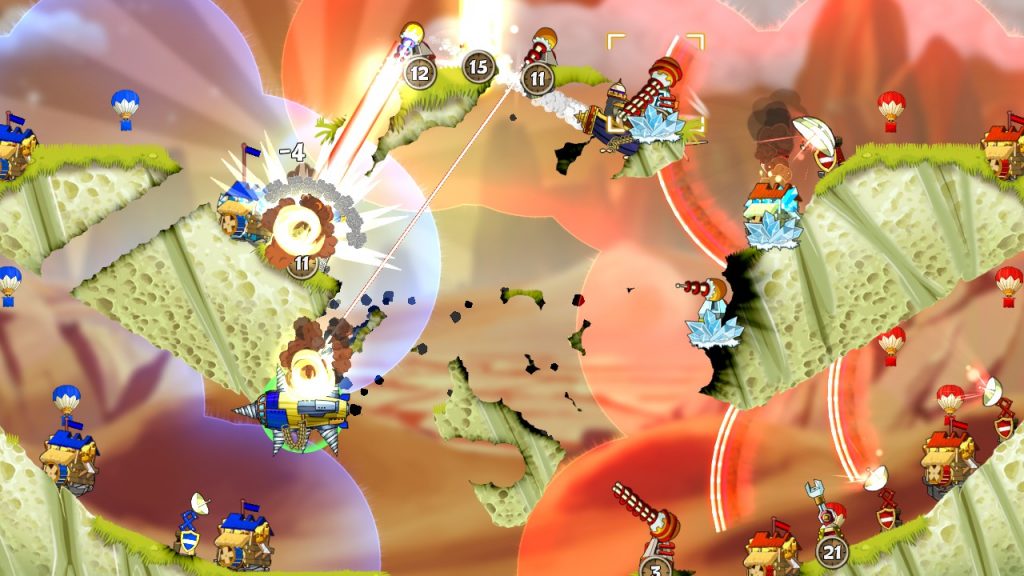 At the start of a game, you control a ship with a character of your choice. Your castle serves as the armory for you to purchase weapons and defenses. So once your first batch of gold is mined, fly over to your castle and pick a balloon and place it anywhere within the marked zones – this marks your territory. Your enemies cannot enter it, and you likewise cannot enter theirs unless you take out their balloons so that you can place yours to expand your territory.

Once that is done, go back to your castle and select your weapon of choice and then place it anywhere in the marked zones to build it. Rinse and repeat with any other weapons and defenses you unlock during the game. To add a little extra layer of strategy to the game, all weapons and defenses have a cooldown period before you can use them again, so it is wise to have as many weapons and defenses as possibly so that you will always have something available for you! 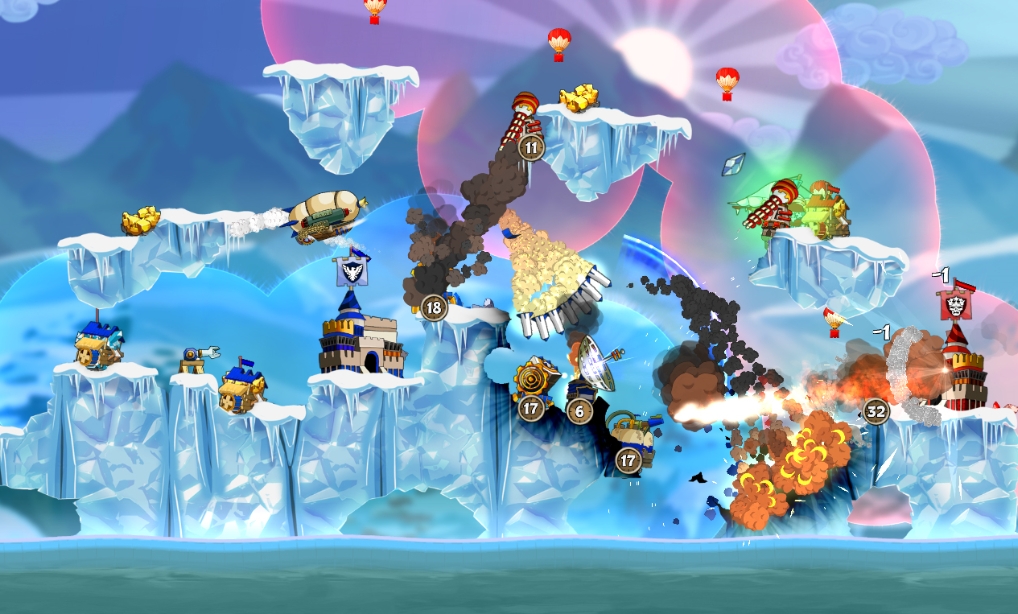 You can upgrade your weapons and defenses to reach their maximum potential as long as you have the gold to do so. The upgraded weapons can go the extra mile and deal massive amounts of damage. The game is really good to play solo, but even better in couch co-op for some added mayhem. Beating the twenty level campaign will also unlock nightmare mode, which considerably increases the challenge.

Each character you pick will have their own special abilities, such as drilling holes or healing your weapons, defenses and your castle if within range. On top of that, there are over ten unlockble ships and a large variety of weapons and items. There’s also ten puzzle maps to complete, and they are very tough! For example, in a level, you will be asked to take out a castle in just one hit… one hit! The other nine puzzles levels are just as fiendish and will keep you busy for a while. 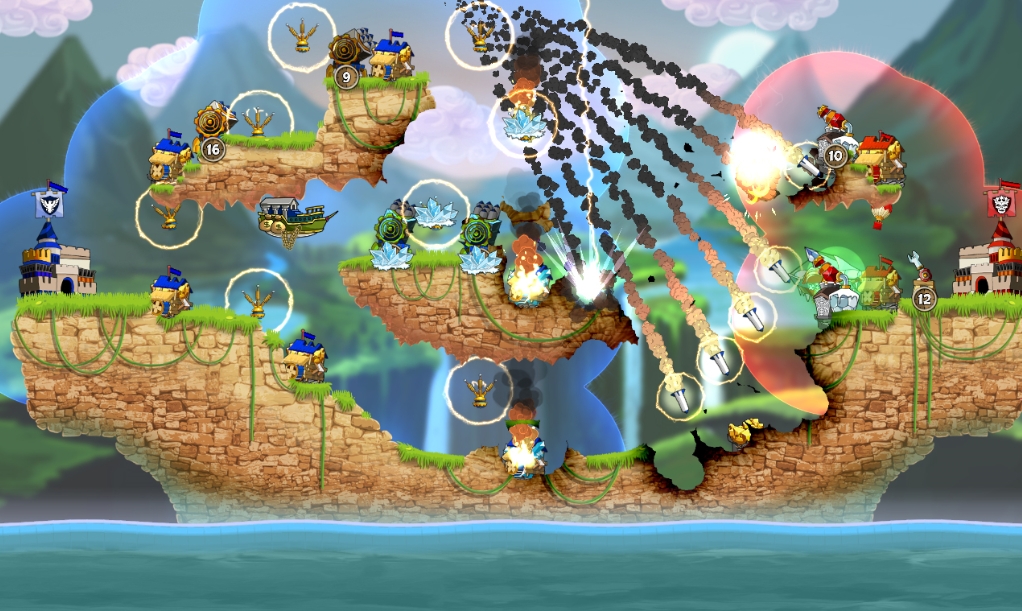 The game is a lot of fun to play. The menus are easy to navigate, the controls work beautifully, and the level of polish is great – the sound of explosions is very authentic. There are plenty of characters to choose from and a lot of content that will keep you coming back for more. Cannon Brawl is quite addictive.

And most importantly for all you trophy hunters out there, this one includes a full trophy count with a Platinum trophy! You will need to play the game at least twice – once in normal mode and once in Nightmare mode – to have a chance. I’ve been at it for a long time both while writing my Cannon Brawl review and after that, so you definitely have a challenge ahead of you!