Severed from Drinkbox Studios is a PS Vita release that shines from start to finish. This is one of the best games I’ve played this year not only on Vita but on all current gen consoles and portables. Read our Severed review to find out more about this great game!


This one is a Metroidvania of sorts but presented as a dungeon crawler where players control Sasha, a heroine who only has one arm. She is transported to a bizarre world in her quest to save her family. Will she succeed or fall in her journey?

Severed is presented from a first-person perspective, and other that some cut-scenes, you’ll spend the rest of the game like that. This makes it easier to explore each area in the game since you’ll only have to move in one of four directions. This is also key for the main gameplay mechanic for the game which makes heavy use of the PS Vita screen, since you’ll be swiping, tapping and touching it with your finger as you attack the many enemies that you’ll encounter during this quest for redemption. 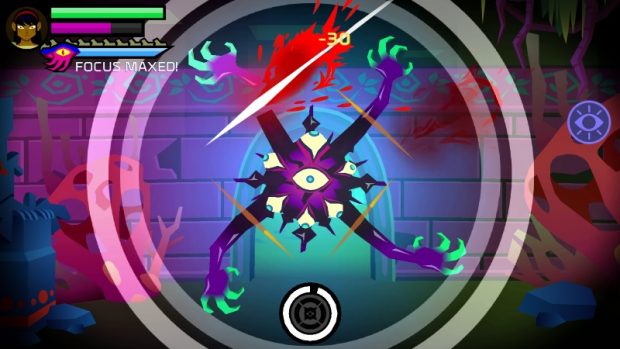 Things start out easily with only a single enemy to fight, and the first batch of enemies have very clear tells to warn you so that you can counter their attacks. Iif you see an attack coming there is a chance for you to counter it if you’re fast and precise! Say you run into a weird monkey-like enemy who has four arms. He might attack with any of the arms, and if you want to counter, you must swipe to slash from the proper direction to hit his arm mid-attack to not only counter the attack but also leave it open for you to do some heavy damage. You’ll later also need to charge attacks before countering to counter an enemy’s charged attack, and having that extra element will keep you always on your toes.

After defeating an enemy, you will have a short window of opportunity to swipe on the screen at specific spots of their anatomy to sever their arms, wings, and more. Said “battle trophies” you can collect serve as the in-game currency for you to spend on the many skill trees you’ll unlock as you go. You’ll be able to increase the strength of your attacks, open the aforementioned charge attack for you to use, as well as several skills that can greatly turn the tide of battle. Freezing your enemy in place for a few seconds is a very powerful skill, right?

This is especially even more important when you realize you’ll eventually start running into battles with four enemies at the same time. This will force you to keep an eye on every enemy at all times, so that you can be ready to counter and damage them at the right time so that you’re not overwhelmed. 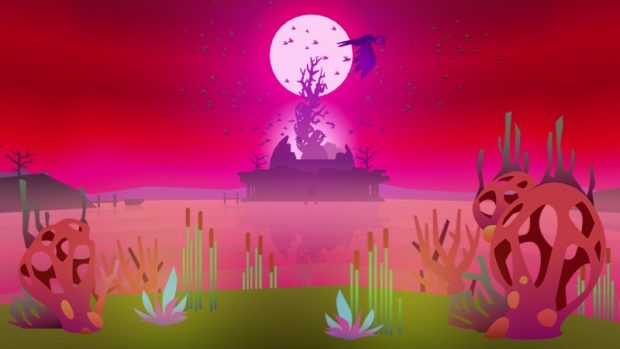 Luckily the game will let you know with several visual cues which enemy is about to attack, both when you look at the main part of screen and at the bottom where there are is one icon for each enemy that also includes a bar on its edge that will slowly start to fill up so that you can know when an enemy will attack. And if any of said bottom icons is flashing red, you have less than a second to make your move, so try not to get to that point or you’ll be receiving a ton of damage before you realize what is going on. Enemies will get harder and harder as you go, blocking more of your hits, gaining a piece of armor or a protective barrier that must be destroyed or avoided as you slash on the screen.

As you explore you’ll find the entrance to each of the game’s dungeons, where in good Metroidvania fashion (and reminding us a bit about The Legend of Zelda as well), you’ll get to apply both your gained knowledge and unlocked skills to have a shot at reaching the boss, while also having to solve specific puzzles with what you learn and unlock in each particular dungeon.

And speaking of exploration, you should search everywhere both in the overworld and in each of the dungeons, because there are many collectibles for you to find. There are heart pieces that will reward you with more hit points so that you can have a bigger chance of surviving each fight, as well as brain pieces that will increase your magic gauge so that you can use more skills in each fight. 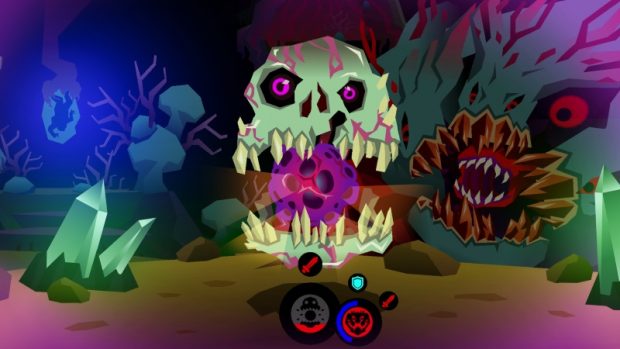 Trophy Hunters, pay attention, because Severed has a full trophy list! And if you think that learning that the game has a Platinum trophy is great, wait until you hear the best part: Severed has no missable trophies! For a Platinum run, you’re looking at 6-8 hours depending on how good you are at the fights (so that you can purchase more upgrades faster by getting extra parts from defeated enemies) and if you find most of the secrets as you go along so that you can reduce backtracking to the bare minimum.

Severed is one of the best games on the PlayStation Vita. It makes good use of the portable’s touch screen for its battles, and the art, as always, is top-notch. Sure, it might be a short adventure, but you’re going to love every minute of it. I had a lot of fun playing the game for my Severed review, and I can’t wait to see what the studio does next.

Disclaimer
This review is based on a PS Vita copy of Severed provide by Drinkbox Studios.