Shutshimi was a surprise to me when I played it last year. It was a shoot ’em up with a hook that I had never seen before. Each level was a bite-sized 10-second long area, the same as a goldfish’s memory – oh, yeah, and you are playing as a goldfish with ginormous arms and guns. 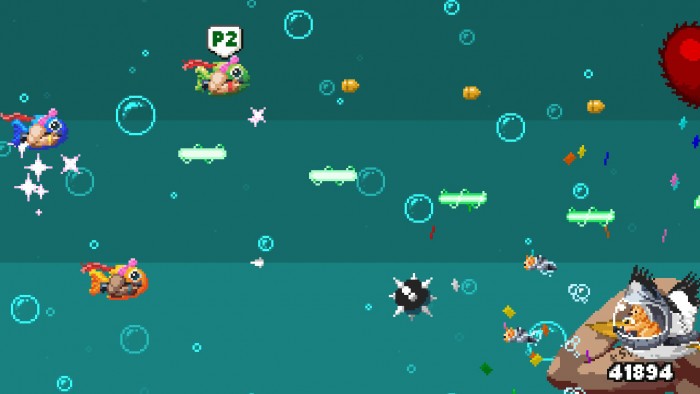 After each 10-second level, you pick an item that will give you some sort of extra element for the game, such as different weapons, reversed controls, upside down screen, butts (lots and lots of butts), and even a bouncy castle. The game is silly but is definitely great at giving us immense replay value.

This is still a game I pick up regularly when I want a fast-paced bite-sized fun game to play for a bit for a few sessions. Even better is the co-op mode which you can play with up to four friends and compete for the top score – choose to work together or help to hinder the progress of other players!

The game was free on PS+ in April, so if you are a PS+ subscriber, then you should definitely check it out as it is hopefully part of your library as long as you added it along with the other free games. If you don’t have it, then definitely worth buying since it’s immensely fun.


You can read the original review right here.