THE KING OF FIGHTERS XIV is finally here! It’s been a long wait, but the latest entry in the long-running series is ready for fighting aficionados to take a crack at it. Has the move to the PlayStation 4 helped the series? How do the 3D models hold up vs. the hand-drawn art of ages past? Did all of your favorite characters make the cut? Read our The King of Fighters XIV review to find out!


I’m a big fan of THE KING OF FIGHTERS series, starting all the way back with the first one when players were restricted to selecting teams and not individual fighters from each team. SNK definitely had a great idea when they figured they could bring together the characters from their many fighting series (as well as characters from other game genres!) into a single release, and the rest is history. 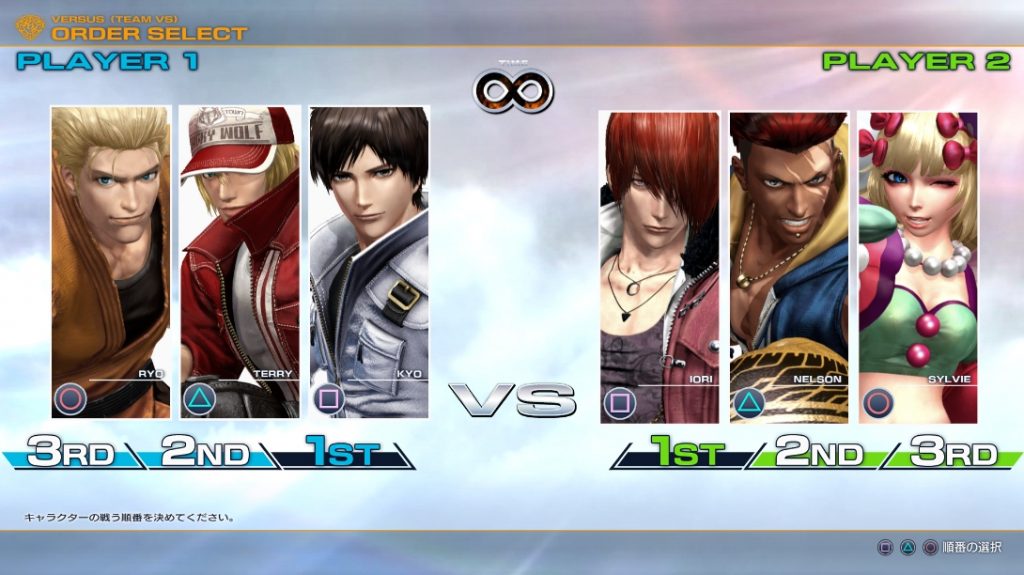 If you’re new to the series, you can go into the tutorial to learn the basics, from how to move, dash, jump, and crouch, to more complex things such as guard crush, emergency evasion and more. Antonov, the great champion of the first generation of The King of Fighters and host of The King of Fighters XIV will be teaching you everything you need to know to become a skilled fighter. Learning how to guard and at what height you need to protect yourself is a must in a fighting game, so going through the tutorial is not a bad idea so that you can get a feel for the game’s timing (plus, there’s a trophy for completing all subjects in the tutorial, so if you want a Platinum trophy for your collection, the tutorial is pretty much mandatory).

There’s a lot to learn if you want to be #1, such as how to enter Max Mode when your power gauge has at least one charge in it. While in Max Mode, some of your specials will become EX Special Moves, which are more powerful and can definitely turn the tide of battle. Max Mode can be activated by pressing the LK and HP buttons at the same time, and a timer will start to let you know how long you can benefit from this. 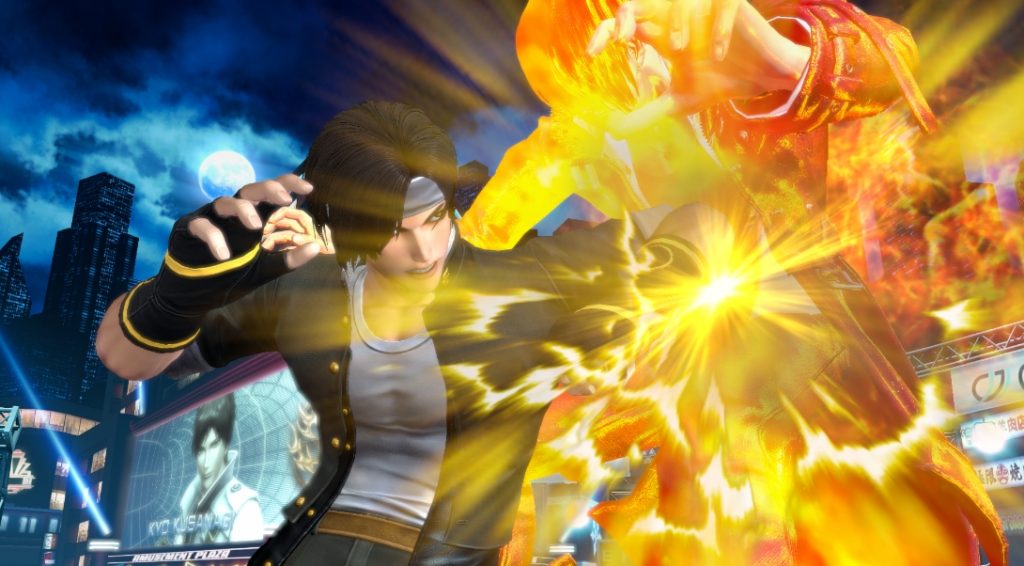 There’s also Rush which is activated by being close to your opponent and quickly mashing on the LP button. With Rush, you’ll be able to deal some extra damage as you mix things up and also introduce some special moves into the combo. And if you have at least one charge ready in your power gauge your last hit will be a super special move that will be devastating for your opponent, so do keep this in mind! Oh, and if you REALLY want to deal some massive damage, try activating Max Mode before going into a Rush… 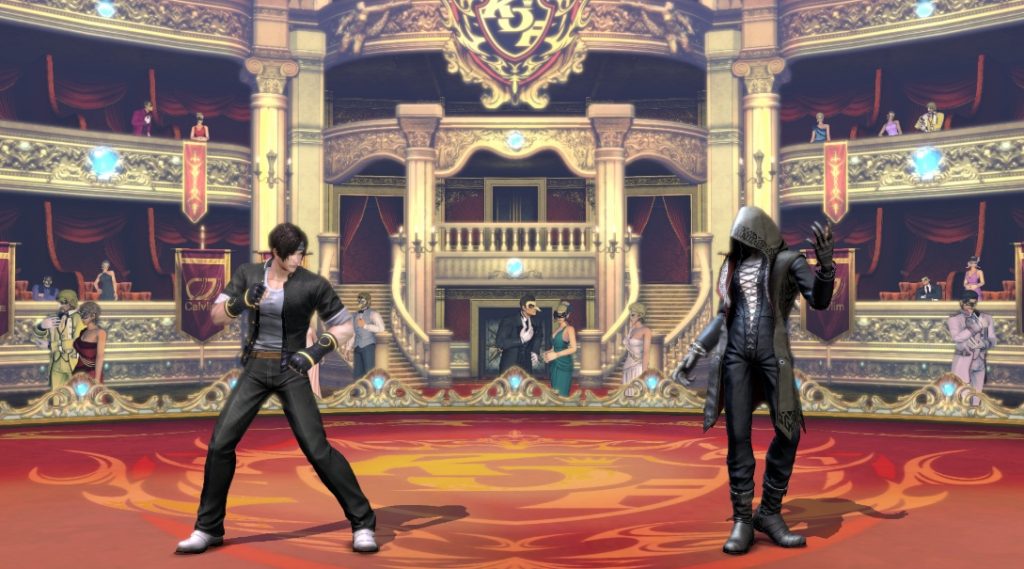 As you play, you’ll get to unlock Gallery items. Right now there are two ways of being awarded a new item for the Gallery: you’ll get a random item for each match you win in Story mode, or you’ll get a random item as a Fight Bonus in your Fighting list after an online match is over. They are separated into Special Illustrations, Movies, Sounds and Artwork. The Special Illustrations are my favorite since they showcase the many designs of the characters during the series history, going all the way back to the games from the 1990s. There are 440 Special Illustrations to unlock, so there’s definitely a lot of work to do if you want a complete collection! 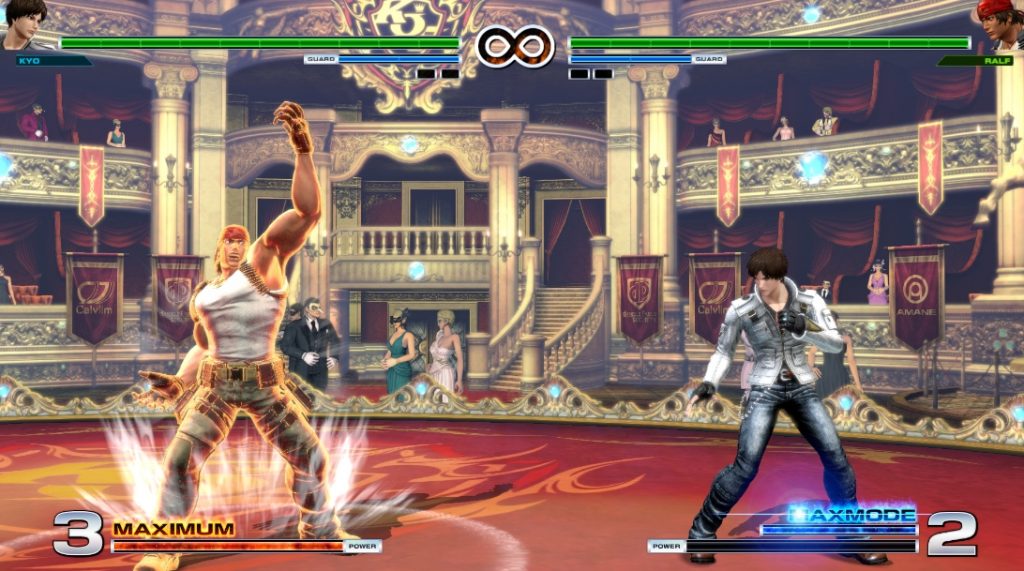 On top of Story, Versus, Training and the Online mode (which I’ll review separately since at the time of writing this review there aren’t many people online), there’s also Mission mode where you can take on specific challenges with each of the many fighters available for THE KING OF FIGHTERS XIV. The challenges are split into three types: Trial, Time Attack, and Survival. 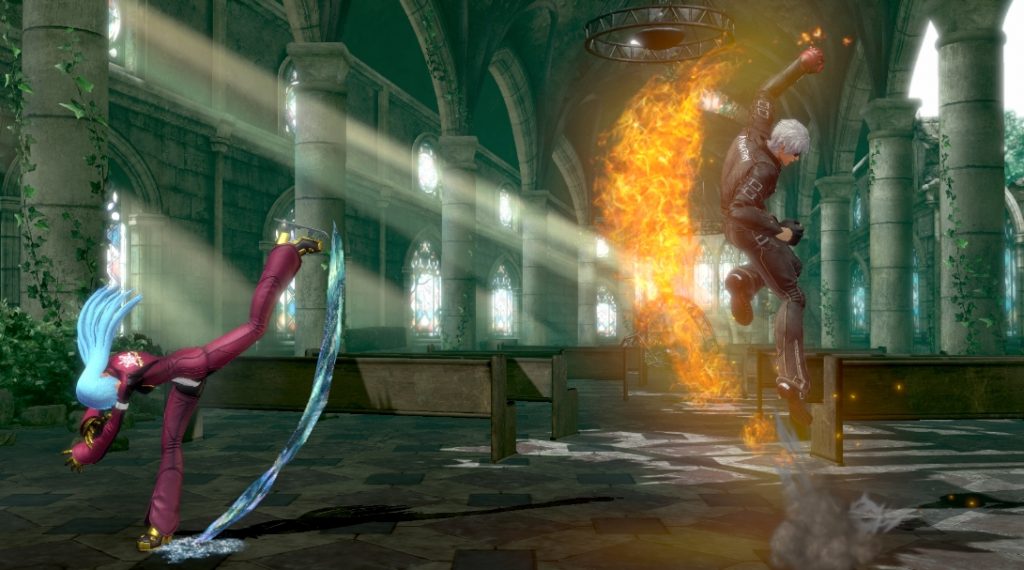 For Trial there are five levels to complete and each one will ask that you perform a particular combo in a perfect sequence, and this applies to every fighter in the game. For Time Attack, as you can probably tell by the name, you have to complete a series of fights as fast as possible, and if you can complete it in less than 4 minutes you’ll also gain a couple of trophies for your trouble! The final challenge is Survival where you must survive for as long as possible on a single health bar. There’s another pair of trophies tied to this set of challenge, so you’ll definitely spend some time playing Survival until you can best 30 opponents in one go. 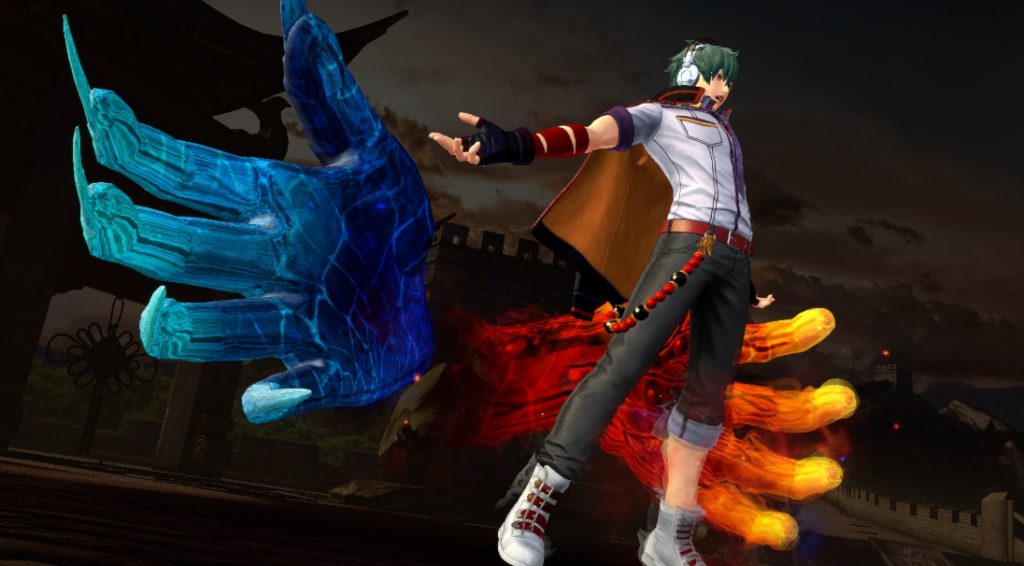 I loved my time playing the game for my THE KING OF FIGHTERS XIV review, and I’ll continue to play for the rest of the year until I can get that Platinum trophy. I’ll be giving the online component a go to bring you a second review that will only discuss the online portion, so be sure to stick around at PS4blog.net!

Disclaimer
This review is based on a copy of THE KING OF FIGHTERS XIV provided by Atlus.