The controls are easy to understand. You move around with the left analog stick or the D-pad, jump with the X button, interact with the circle button, shoot with the R2 button (this button will be your best friend!), use your grenade with the R1 button, activate the special with the square button, and finally, you can press the L1 button to use a defense skill.

The game eases you into things, keeping the Heroic and Epic difficulties locked up so that you don’t go in guns blazing only to be killed in a few seconds. It also gives you a tutorial level so that you can understand how the game works. Once you grab a weapon, it will tell you how the bar at the top center of the screen will map the progress of the level until time is up and you can complete it. Weapons have a set amount of ammo, and once you’re out you’ll have to wait for the weapon depot to offer a new weapon for you – you’ll be able to tell how long you must survive until that time hits by looking at the helpful dots that will light up and the “ding” sound of a weapon being ready for you. 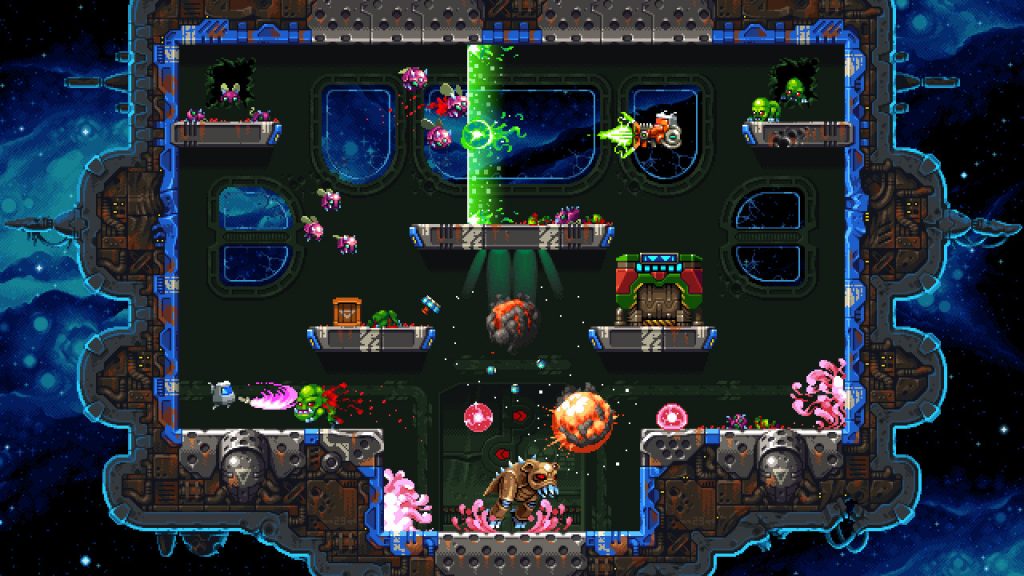 On top of the weapon depot, you’ll also find crates that can be destroyed to obtain the equipment and supplies it contains, giving you access to stuff such as a sidearm and more items I won’t spoil here. If you are damaged you can use the healing station to save you from defeat, but it won’t fully heal you, so hit it as soon as you are down by a heart or two!


The game introduces more elements in each level, such as an explosives station where you can grab handy and powerful grenades, and it later opens up new types. For Pressure levels, on top of surviving and killing all enemies you must also be carefully aware of the valves in the level that can become overloaded with pressure and “explode,” taking a heart with them. Another variant is Hyperdrive where you’ll have to take fuel from one station and deliver it to another station – as you can imagine this makes it harder to focus on the enemies around you, making things more hectic and dangerous. 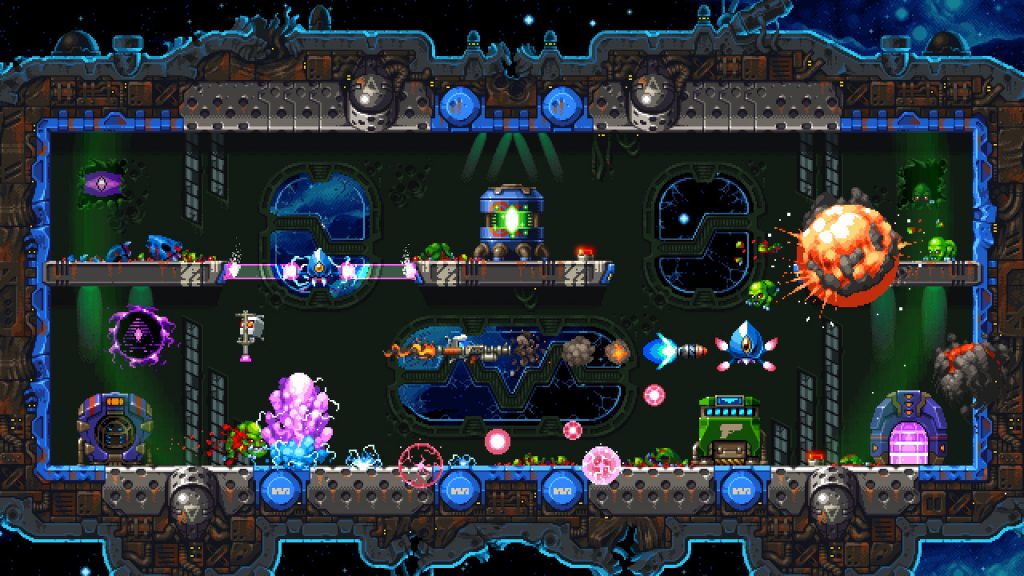 If you don’t kill enemies fast, they will evolve and mutate into more powerful versions that can deal more damage and take more hits to be killed, so if an enemy starts to glow, be sure to kill it before it changes!
As you play, you’ll unlock new weapons, new items and new enemies, so the more you play, the more variety you’ll have during your runs! During my first run I ended up dying at the boss level for the first set, so for my second run I ended up gaining access to a defense move (dash, which allowed me to escape quickly from a tricky situation). I later gained access to a special skill that I could activate by spending one of the green square pick-ups I got after killing enemies.

As I continued to enjoy the game, I found a perk that allowed me to double jump, and this greatly changed the way I did subsequent runs since double jumping definitely gave me an advantage over the weaker enemies since I could dive in, shoot my weapon, and then quickly get out of harm’s way with a double jump+dash combo. 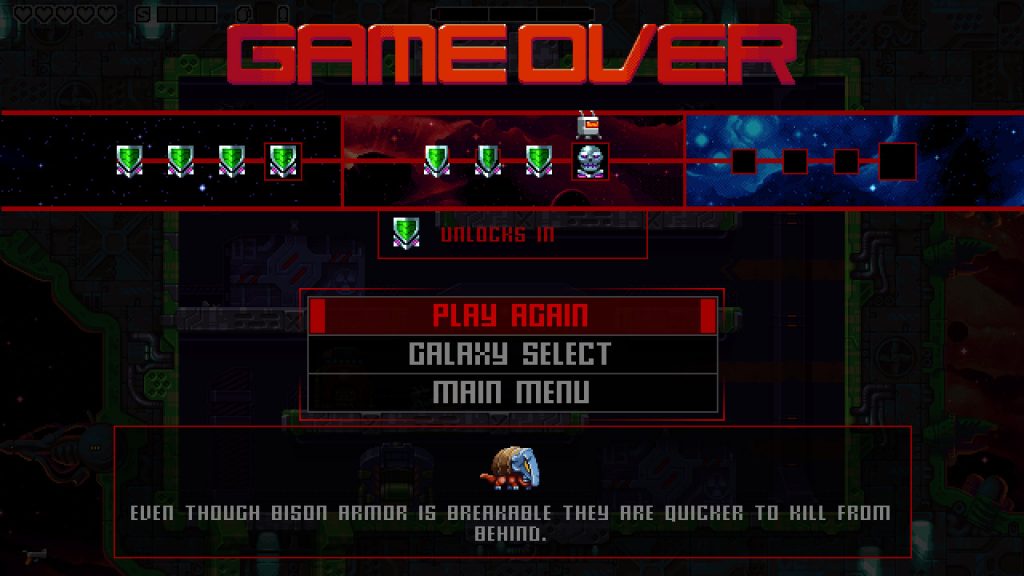 Unfortunately, once you die you lose everything you had found, but the odds of finding your equipment again (plus new stuff!) are good since you’ll get more and more crates for each run. Find the right equipment set for you and try to stay alive for as long as possible!

Once you’ve played for long enough and completed enough levels, you’ll unlock Endless mode which can be accessed from the main menu. As the name states, you’ll be trying to survive for as long as possible to get your name on the leaderboards, so good luck with that! 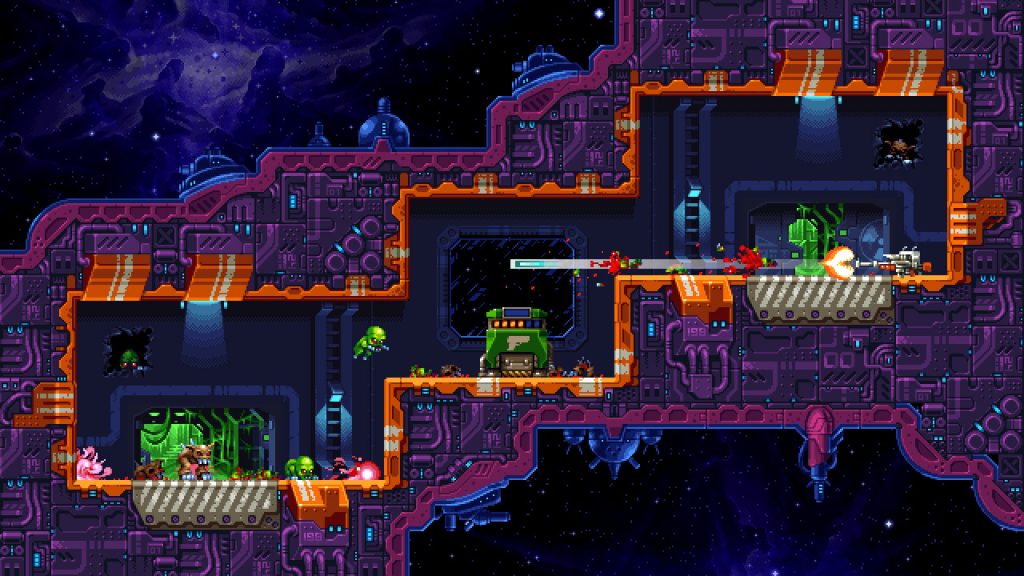 Super Mutant Alien Assault features a regular trophy set with seventeen trophies, four of which are Silver, with the rest being bronze. Most of them are Ultra Rare right now which was to be expected considering the high difficulty of the game even in the lowest setting. There’s also a few trophies for completing the game on each difficulty setting with a partner, so be sure to find someone who is really good at the game so you can 100% it!

Even after playing for several hours, I continued to unlock new level modes, new enemies, new weapons, new perks, and more! I definitely loved playing the game for this Super Mutant Alien Assault review, and I’ll continue to play every day until I can get all trophies for it! 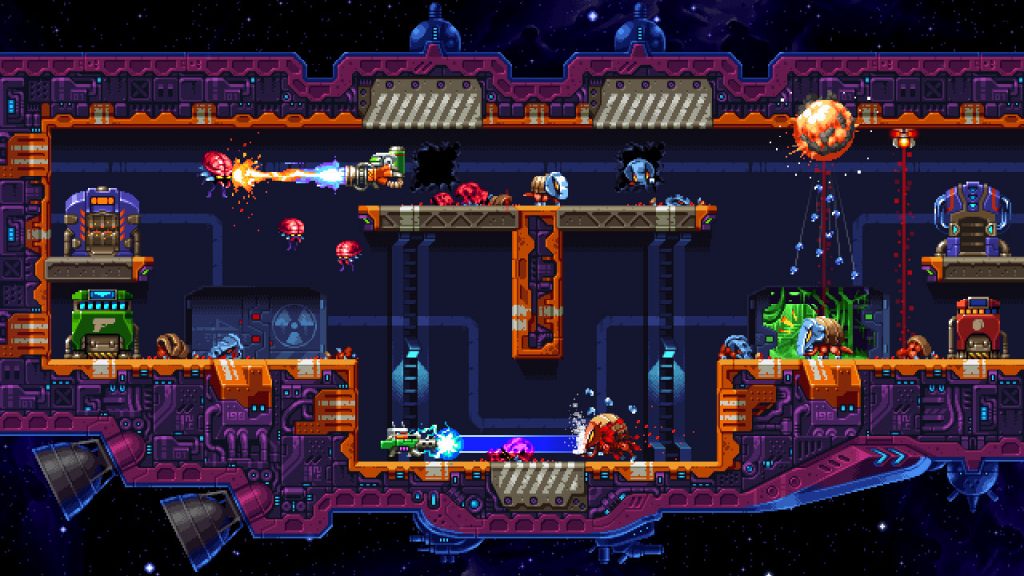 Disclaimer
This review is based on a PS4 copy of Super Mutant Alien Assault provided by Surprise Attack Games.