Steredenn is a retro 2D Pixel art shoot ’em up from indie Pixelnest, and features very challenging rogue-like mechanics (die, and you’re back at square one). On top of that, the environments are randomly generated, so forget about learning your way around the maps since your next playthrough will be different! Come check our Steredenn review to learn more about this fun game!

As you boot up and play for the first time, you are thrown into the deep end in a map that is infested with asteroids, enemy ships and within minutes you’ll already encounter your first boss. With regards to boss battles, you can certainly expect a serious challenge with just your basic weaponry. During each run, you will find carrier ships, and destroying one will grant you an equipable weapon, which will come in handy so that you don’t die so fast. In Steredenn, you are going to die a LOT, and your thumbs are going to ache until you become a pro! 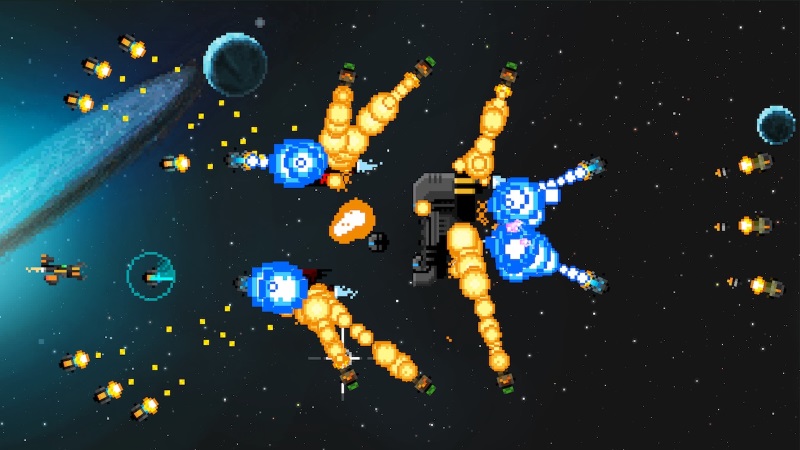 Steredenn has four game modes: the first one is Play Mode where you start without any upgrades and try to reach the end of each level while fighting bosses along the way. The only thing that is different from most Shoot ’em ups is that you can only fire forward, but you can still move freely around the map. Your only weapon is the blaster, but you get new weapons as you progress by shooting down carriers. The weapons themselves are also quite interesting – you’ll gain access to a sword or a buzzsaw! And there’s something else you need to know Steredenn is a roguelike, so the only opportunity you have for getting healing items is by defeating bosses!

There is also Daily Run mode. In this one, you challenge yourself to beat the scores of other players around the world. The only requirement is to beat a level and accumulate a good enough score to earn a place on the leaderboards. The only questions left are: Are you good enough? Can you climb your way to the top? Let us know in the comments below if you get it there!


Arena Mode pits you against the 13 different bosses of the game, which is great for when you want to practice fighting against the bosses to learn their attack and movement patterns, so you can train yourself to survive them all. This mode won’t unlock until you have progressed in Play Mode.

The final mode is Superplay, a mode that won’t open up until you complete a full Play Mode run. In this mode, you are given the chance to pick the map you want to play without the random generator element, which is a very cool mode if you can unlock it! 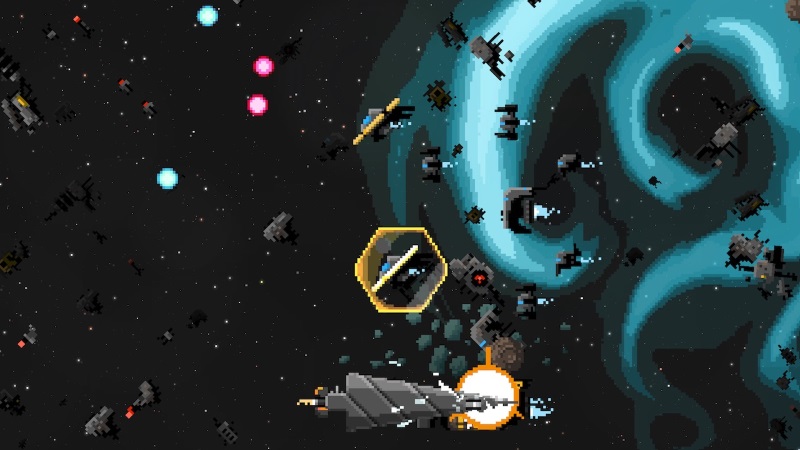 I found the game to be quite tough and challenging, which is exactly what the devs wanted to give us. I liked the art style, and the gameplay is flawless. My only niggle was that you can only shoot in a single direction, but aside from that, it was a fun game. There is no platinum trophy and most of the trophies are hidden, which is a shame since I thought that a game this tough deserved a platinum.

By now my Steredenn review has probably shown you that the game is definitively aimed at expert Shoot ’em up players. I would not recommend Steredenn to casual players since it is a very tough game and it will prove to be very frustrating due to its high difficulty level.

We Have A New Trailer Available For Yomawari: Night Alone!