Shantae and the Pirate’s Curse is a 2D puzzle platformer, and this time around there is a much heavier focus on exploration and more islands to visit – along with Shantae’s hometown of Scuttle Town there are another six islands of fun exploration and platforming greatness.

In this follow-up to Risky’s Revenge. Shantae is no longer a half-genie and is now a full-fledged human without any magical powers. Shantae wakes up to cannon fire outside her home in Scuttle Town, and after speaking to her close friends Bolo and Sky she heads to town to find out what is going on. She finds out that the Ammo Baron and his cronies have overtaken Scuttle Town. 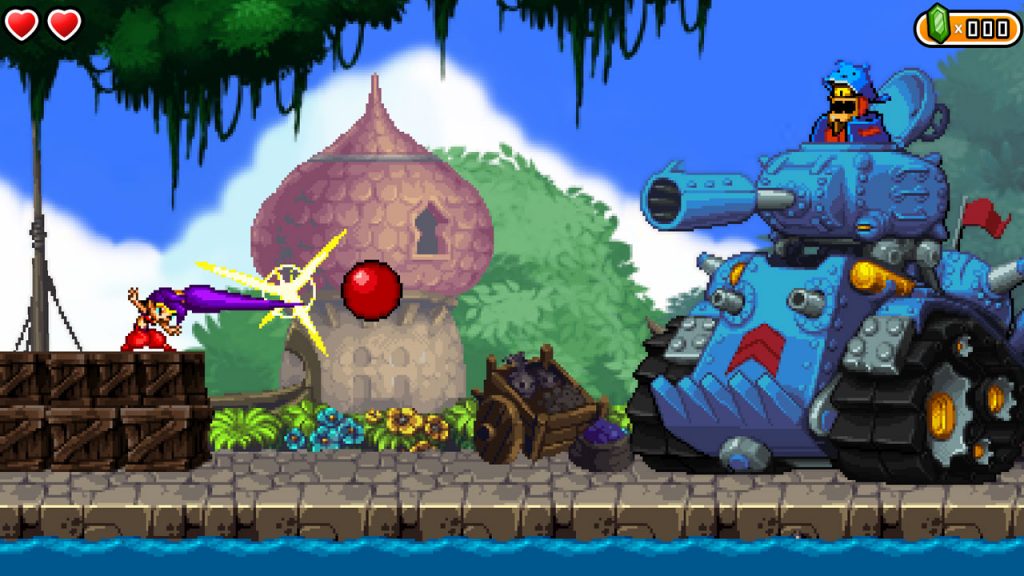 Shantae has her hands full as she traverses the game world completing quests, collecting new powers and most important of all taking back Scuttle Town and lifting the curse that has befallen on the town. To help her with her mission is no other than her former arch nemesis, Risky Boots! Doesn’t that sound very interesting to you?

As with previous Shantae games, there is very little hand holding, so knowing what to do or where to go can be a challenge in itself for those new to the series. This is why talking to NPCs is very important, and sometimes they will send you on a fetch quest which will open up new areas to explore! Talk to everyone you meet since you may even get some clues on how to solve a puzzle that has had you scratching your head for a while. 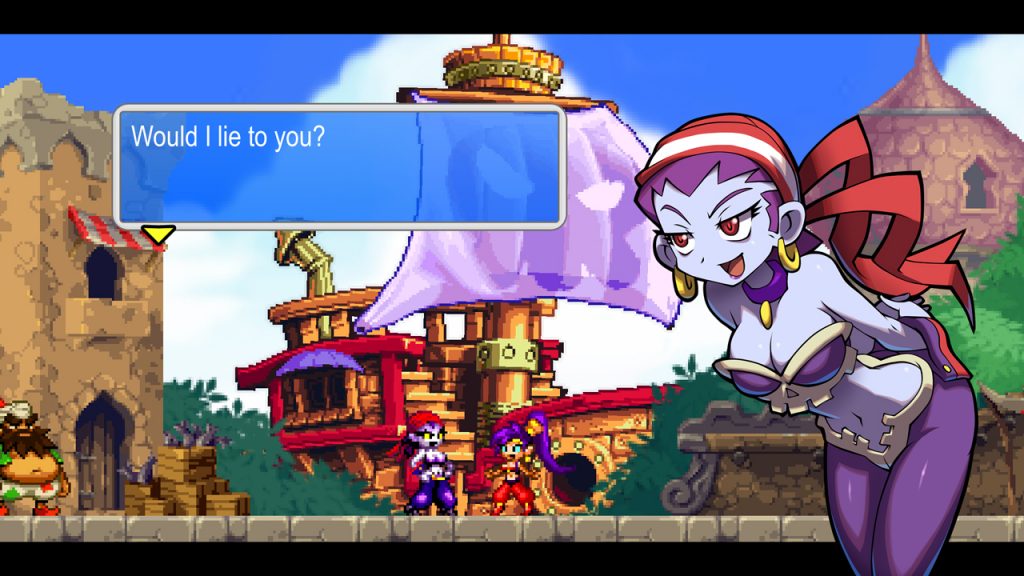 This being a Shantae release, you can expect lots of platforming as well as puzzle solving – some puzzles will require precise timing or an item… or even both! Everything you see in the game is a puzzle until you find a particular item, power, or hat. If you have played any of the previous Shantae games, you will know how the puzzles work because it is the same in Pirate’s Curse.


Combat-wise nothing has changed from the previous games. Shantae can still use her long purple hair to whip enemies into oblivion, and she can upgrade her abilities with the money you collect, so be sure to grab all gems you can find because you’ll surely need them! 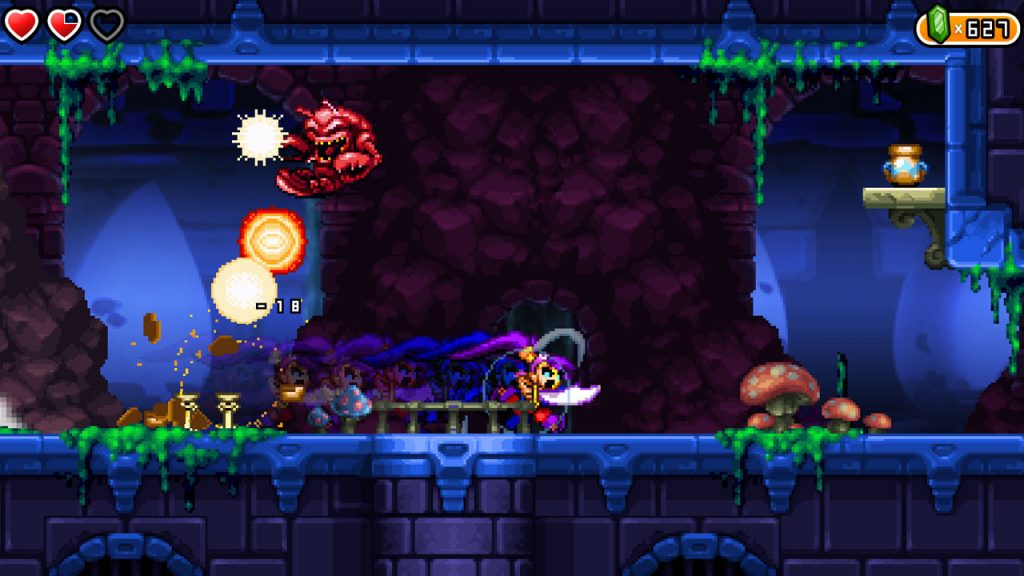 When Shantae complete’s a dungeon she will gain a new power, and these can be a new weapon like a gun to shoot your enemies or switches to solve puzzles and access previously inaccessible areas, or a hat that allows Shantae to float great distances to clear biggers gaps than the one’s she can with a normal jump.

What is a Shantae game without collectibles? You have red squids that will give you an extra heart when you find enough. There are also 20 dark magic to collect, so be on the lookout for nasty special Cacklebats so that after you defeat them you can belly dance to suck up the dark magic! Collecting all the dark magic will give you access to the game’s true ending, so that’s a great incentive to keep going. 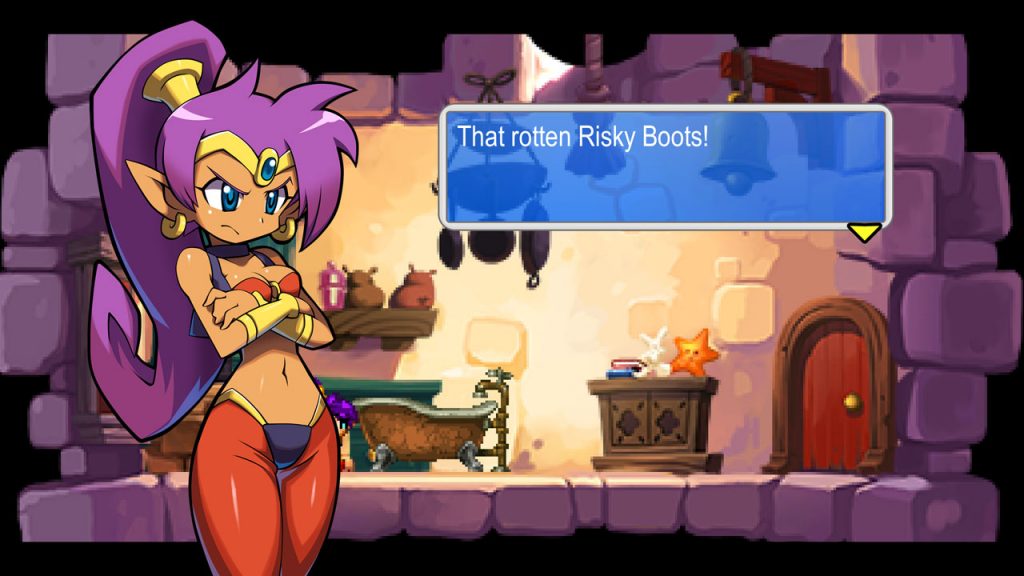 Shantae and The Pirate’s Curse is another brilliant game from WayForward. If you’re a fan of the series, then you’re going to love playing this one as I did for my Shantae and The Pirate’s Curse review! It has a fun story, a new twist on gameplay and lots of content for you to enjoy. As always, the music from Jake “Virt” Kaufman is great, and you’ll definitely find yourself humming a song or two after you’ve finished this one!

Disclaimer
This review is based on a PS4 copy of Shantae and The Pirate’s Curse provided by WayFoward. 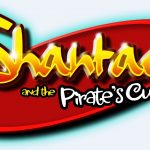 Shantae and The Pirate's Curse Review