Tumblestone is an action-packed puzzle game. Race your friends in multiplayer or challenge yourself in story mode. Solve progressively more difficult and creative puzzles, help a sausage make friends, and find out what happened to the Tumblecrown.
* Competitive multiplayer: Tumblestone’s intense puzzle-solving action will turn playing ”just a few more rounds” with friends into a late-night Tumblestone marathon.
* Online multiplayer: Play online against your friends or make new ones using Tumblestone’s ranked matchmaking system.
* Bots: Have an open slot? Play against the computer. But can anyone withstand the punishing Nightmare bot?
* Story mode: The 40+ hour story campaign will test your puzzle-solving prowess. Featuring 11 gameplay modifiers.
* Arcade modes: Relax and enter the zone with Tumblestone’s 3 arcade modes.
* Leaderboards: Online leaderboards let your friends know you’re better than them.
* And much more!

Tumblestone is a new match three puzzler out on PS4 from The Quantum Astrophysicists Guild. The game takes the classic match 3 formula and gives it a unique spin on consoles.

The basic premise of Tumblestone is that you need to clear all of the blocks above you. You do that by selecting three blocks of the same color and eliminating them. Sounds easy right? The difficulty comes from you having to eliminate the blocks in a certain order, or you will not have three to match at the end of the round. This adds a different layer to the game as you really need to think about what blocks you will be exposing when eliminating blocks and how they will help your next move. If you reach a dead end the puzzle blows up, and you start again, hopefully after learning from your so that you can do better the second time. 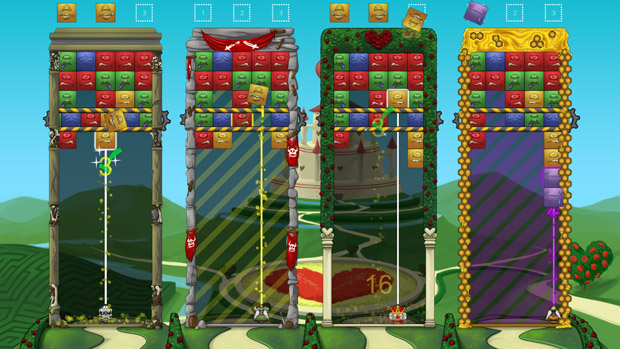 The minute to minute gameplay was really fun creating a super cool experience, and something very different from what we’re used to playing in the genre. I found myself thinking many steps ahead, being careful about the way to proceed. However, if I could change one thing, it would be adding a back button. I would reach a dead end and would hope I could back a few moves, but instead, I was forced to repeat the puzzle all over again.

The game has a huge story mode, and that is where I spent a significant portion of my time playing. The story mode is what introduces you to the different mechanics of the game and how they work – It slowly layers them in while you progress through the story, training you to use them to your advantage. With 12 distinct worlds featuring different kings and queens (and maybe a playable sausage), there is a ton of things for you to invest your time into. Each world is divided into many maps with 30 levels each, offering dozens of hours worth of content. 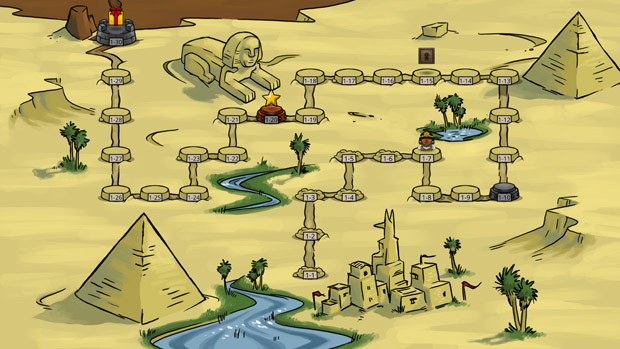 One of the big things I appreciate about the game is the finite price tag. Typically with Match 3 puzzle games – I’m looking at you, mobile games – you only get to play for a bit before you run out of “energy” and need to wait for it to recharge. But with Tumblestone, because you are paying for the game upfront (just like back in the day!), microtransactions don’t exist.

I’ve talked about the story mode, but the fast and frantic multiplayer is where the game really shines. It’s a blast to play with friends locally or online. I had a buddy over, and we had a great time on the couch playing against each other until the last Tumblestone was gone. There are three match types available (keeping with the theme), including Battle mode where when a player erases a block it is sent to his opponent, Tug of war where you need to clear a section, and then it goes to your opponent, and finally Puzzle race which has no meddling from the opposing players as you are racing to complete your puzzle before you opponent finishes. 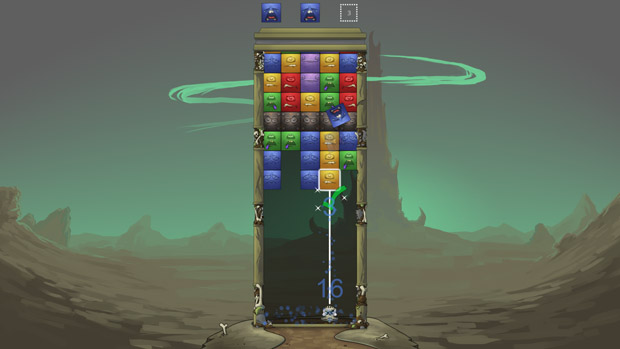 The game has a ton of trophies available including a Platinum trophy!! You will need to sink some serious time into beating the Story mode and playing all of the other modes the game has to offer in oder to unlock it. Not impossible, but this one could be difficult depending on your skill, so be ready! 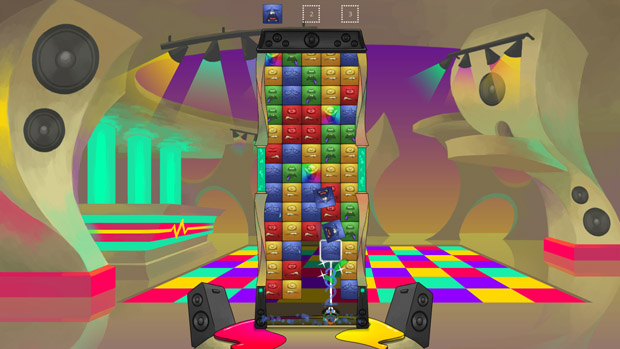 I really enjoyed Tumblestone. It has all the fast-paced action I’m looking for in a puzzle game without the annoying mircrotransaction system that ruins them for me. It features tons of fun modes including single and multiplayer modes. I spent hours playing the game for my Tumblestone review, and plan to continue playing until I can finally get that Platinum trophy. Next time you have a buddy over dig this one out for hours of fun and aggravation! 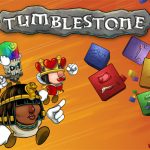 Disclaimer
This review is based on a PS4 copy of Tumblestone provided by The Quantum Astrophysicists Guild.