Game ReviewsMediaMighty No. 9
No Comments

Mighty No. 9 is a game created for anyone who fondly remembers the golden age of classic challenging platformers:
a time when you were rewarded for your skill & perseverance, when you swore blowing into cartridges fixed them, when you knew level layouts and boss patterns like the back of your hand and when game tunes of your favourite stages were stuck in your head!

Mighty No. 9 is a sidescrolling action platformer and is an unofficial spiritual successor to Capcom’s super popular Mega Man franchise. This game puts you in control of Beck, the 9th Mighty Robot and the only one affected by a weird technological virus – the other eight Robots have been infected and have gone berserk. Your mission will be to work your way through each level to rescue the other robots at the end.

Our hero Beck can dash, hang on to ledges and shoot from ladders, but he cannot aim, meaning you can’t alter the direction of your shots. He can’t double jump either, but he can absorb enemies after shooting them a few times, and the faster he does the bigger his combo. He can absorb powers and boosts for short bursts of time, for extra speed, strength, and defense, but these only last a minute or so. 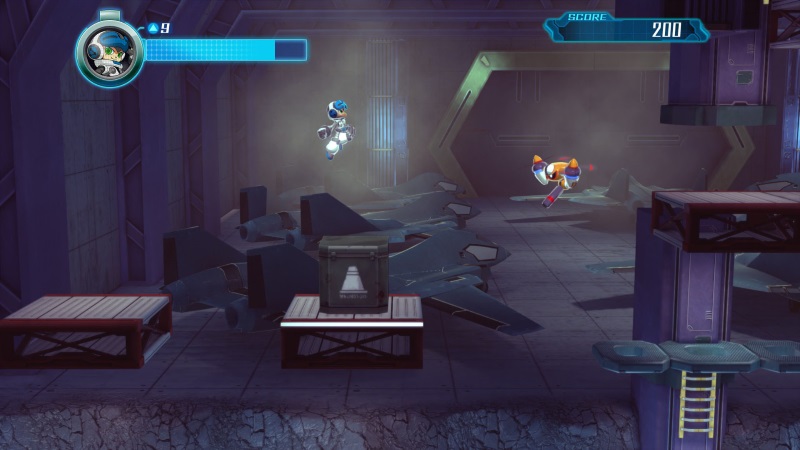 The game can get quite difficult, with some parts of levels that can instantly kill you. The checkpointing system is too far apart, and if you die you will have to complete that section again – not only that but each death loses you points, and the more points you lose will affect your final overall grade at the end of each level. The good news is you can customize the settings to your liking, and you can have as many as nine lives or if you want to have a real challenge to can set it as low as you like.

Mighty no. 9 involves a lot of skill, particularly in boss battles, so you can’t just button-mash your way to victory. If you want to stay alive and help your robot friends, then you need to learn their attacks and patters to win the battle… oh, and as expected, once you win you gain the robot’s weapon.


The game also has additional content you can try. Aside from an extra playable stage titled Vermillion Destroyer, there is Ray’s Expansion DLC, which is extremely short for an expansion if you ask me! Ray is actually an epic boss battle which Beck will face off. Ray feeds on Xels to prevent disintegration, and she sees Beck as a rival because of his ability to absorb Xels. She wants answers from Dr. White about why she is the way she is, but to reach him she needs to destroy the Mighties.

There is a lot of in-game dialogue which is unforgivably unskippable, but as side from that is well written. The graphics look nice, but the game isn’t particularly colorful as the color palette is a bit limited. I actually kind of expected a vibrant game with lots of bright colors, but graphically speaking it was disappointing. It’s very challenging, and it offers a lot, but the end result is missing something.

Along with the story mode, you can work towards completing a series of challenges with success and failure conditions, including a restriction on what abilities you can use. There are 36 solo challenges to complete, with varying difficulty levels. There are more of these which are specifically for online or co-op multiplayer, and there is also a Boss Rush mode and New game+ for you to take a crack at. 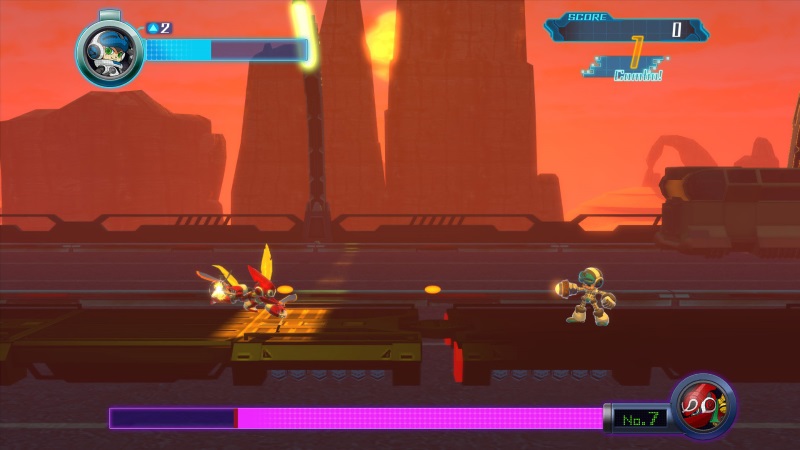 The wait has been long, and while the game has it’s fun moments, I’m left feeling it could have been soo much more. Hopefully, the team takes what they’ve learned with Mighty No. 9 and applies it to the sequel I hope they’re working on.

Disclaimer
This review is based on a PS4 copy of Mighty No. 9 provided by Deep Silver.

Fun action game that could have been so much more

Team Another World Joins THE KING OF FIGHTERS XIV 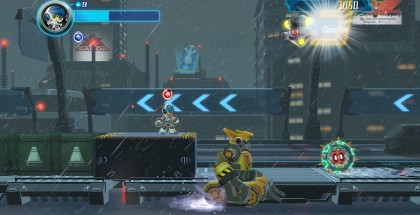