Heart&Slash went to Kickstarter in in 2014 -the small team at aheartfulofgames set out to create a very ambitious game in a very short schedule. After a lot of hard work, the game has finally found its way to the PlayStation 4. Read our Heart&Slash review to learn more about this very interesting game!


Their Kickstarter was very successful hitting their $20,000 base goal and achieving an extra $11,000 of funding, smashing all of their stretch goals. But, what is Heat & Slash about you ask? Is the game any good? Let’s find that out! 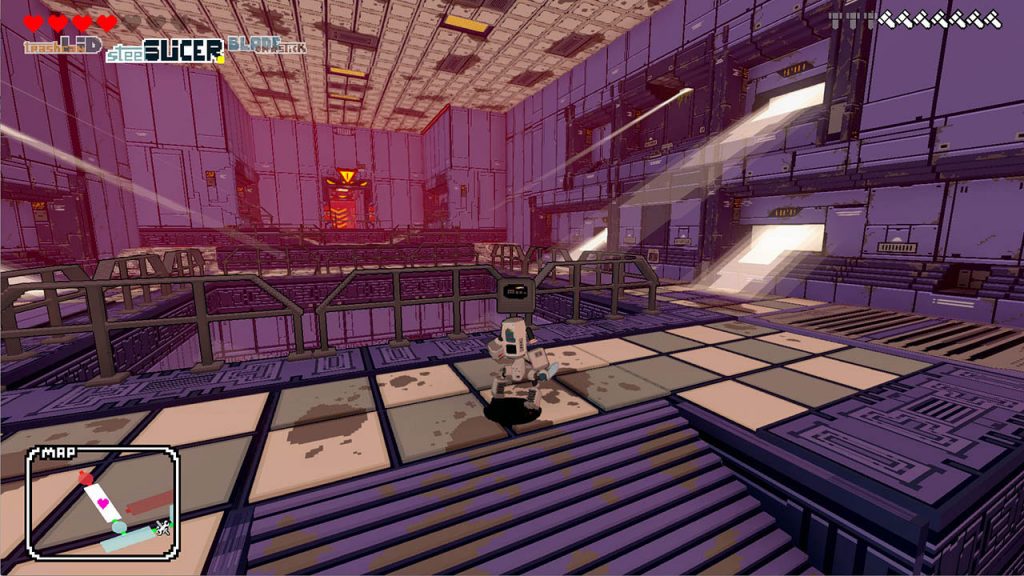 Heart&Slash takes place 100 years after the Robolution – A war that wiped out all humanity. You take on the role of a sentient robot called Heart who is trying to escape a world of mindless automatons known as QUASSY. QUASSY ensures all robots are identical in every way, meaning they can’t be as sentient as Heart. 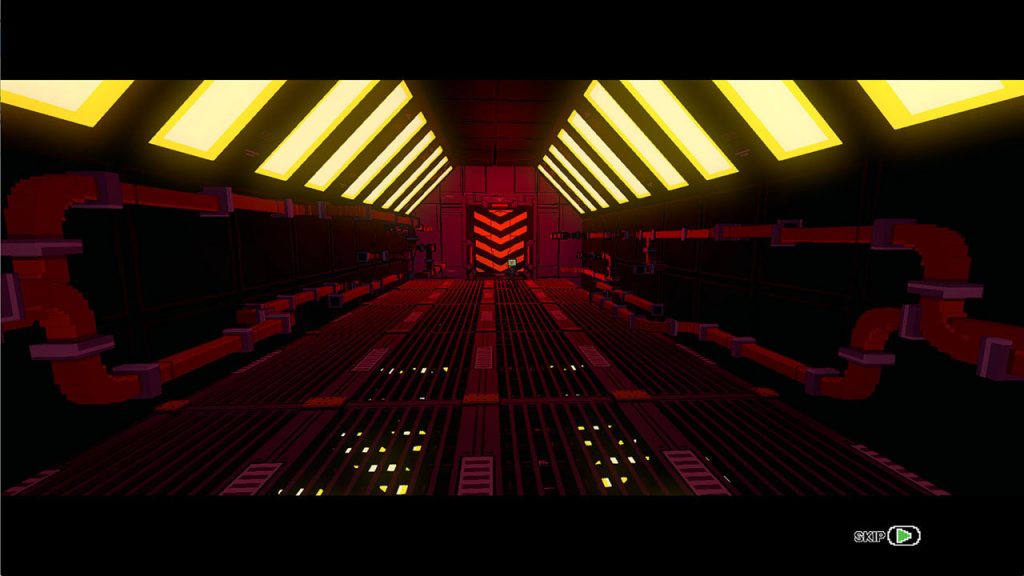 Heart&Slash is a retro pixel art game with some roguelike elements such as having to restart from scratch and losing all your upgrades. You do however start subsequent playthroughs with anywhere between 1-4 boxes full of nuts and bolts which serve as the game’s currency. 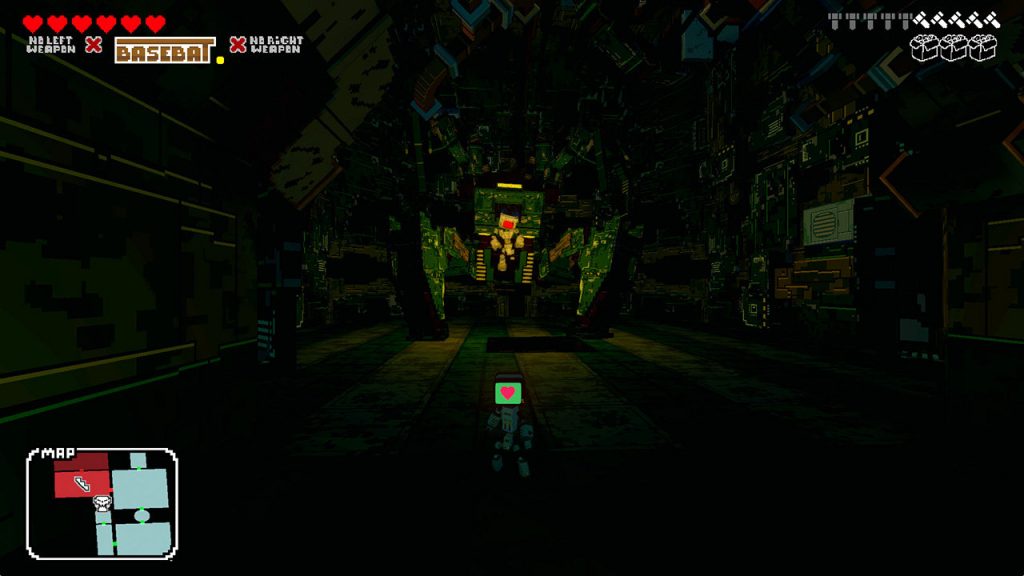 You will traverse the huge maps killing all robots and hitting any computers that have smoke billowing from them – which is Heart’s creator and guide. The creator also gives Heart a box of nut and bolts to purchase an upgrade with or refill your hearts, so be sure to always check with him!


Once you hit a section of a map a big warning sign in pixilated red color pops up across your screen – this is a boss area. Make sure you have plenty of full hearts and a decent set of weapons to tackle the boss fights. The fights are very very challenging and will take huge chunks of your hearts away if you’re not careful – use evade and dodge as much as possible. The bosses are randomly generated so what bosses I got will or could be very different from yours. 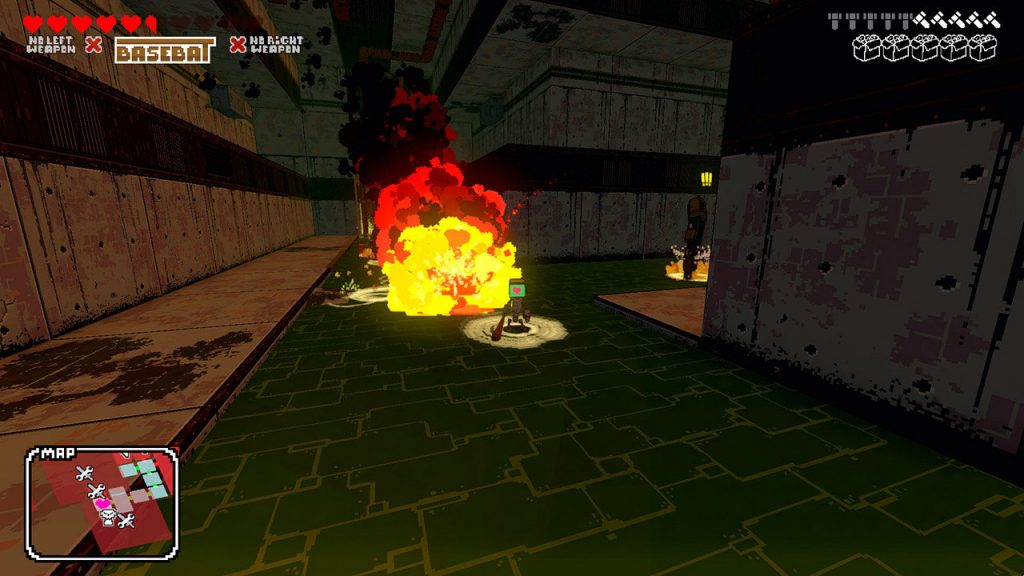 When an enemy is about to strike that is your cue to dodge/evade far from danger. You may be faced with multiple larger and smaller robots such as soldiers and robot spiders as well as the more heavily shielded tanks, so you must always stay on the move if you want to stay alive. The game has a total of 93 different enemies to fight with, and when you die, it is permanent. Everything is different with each playthrough. 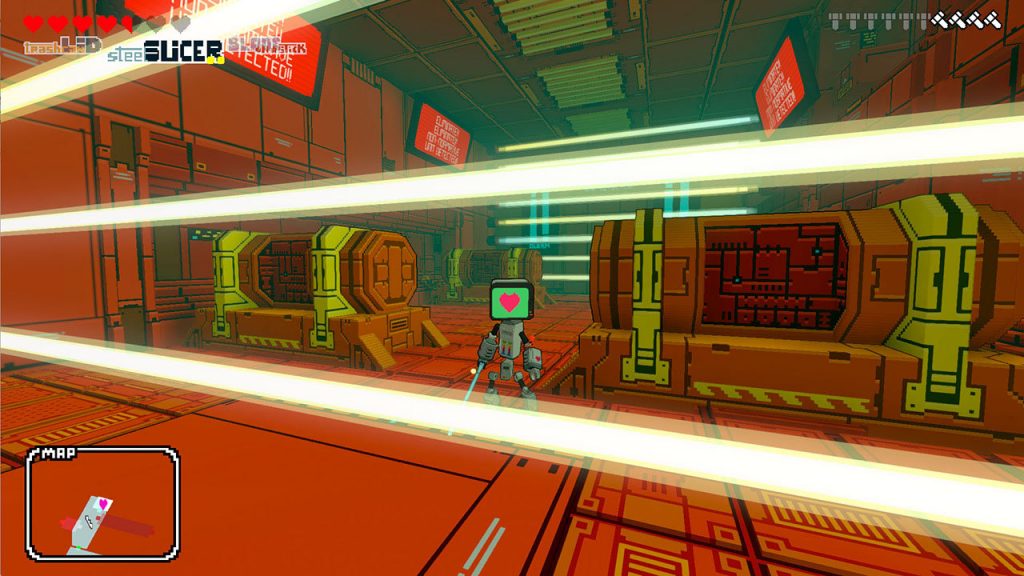 With the random maps of every playthrough, making it impossible to learn your way around to learn the layout and enemy placement, you must get good at the basic attack/evade mechanics early on or else you’ll be dying way more than you should.

Something else to consider is that each enemy is weak to certain weapons – check an enemy’s face for the correct weapon to use. Blue is for electricity based weapons, Red is for fire-based weapons, Green is for Earth-based weapons and so on. There is a total of 135 weapons to unlock throughout the game, and you’ll have access to blades, guns, hammers and a whole lot more. You can also purchase upgrades for your weapons and armor, and this allows you to have a better shot at surviving. 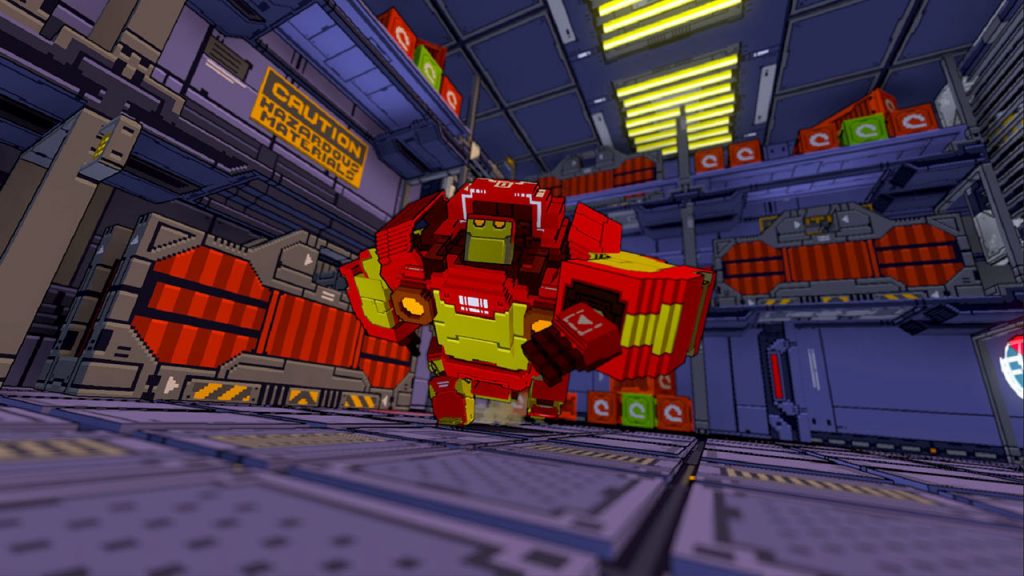 The camera speed was a bit of an issue in the game for me as I feel that it spins way too fast. Fortunately, you can adjust the speed in the options menu so that you can find what works best for you. The controls are inverted by default, but you can turn that off as well which was great for me!

The game¿s graphics are cute, and the game itself and its story ar every good as well. The permadeath aspect is definitely not for everyone, so hopefully my Heart&Slash review has allowed you to see if this is the type of game you’d want to play for hours at a time. 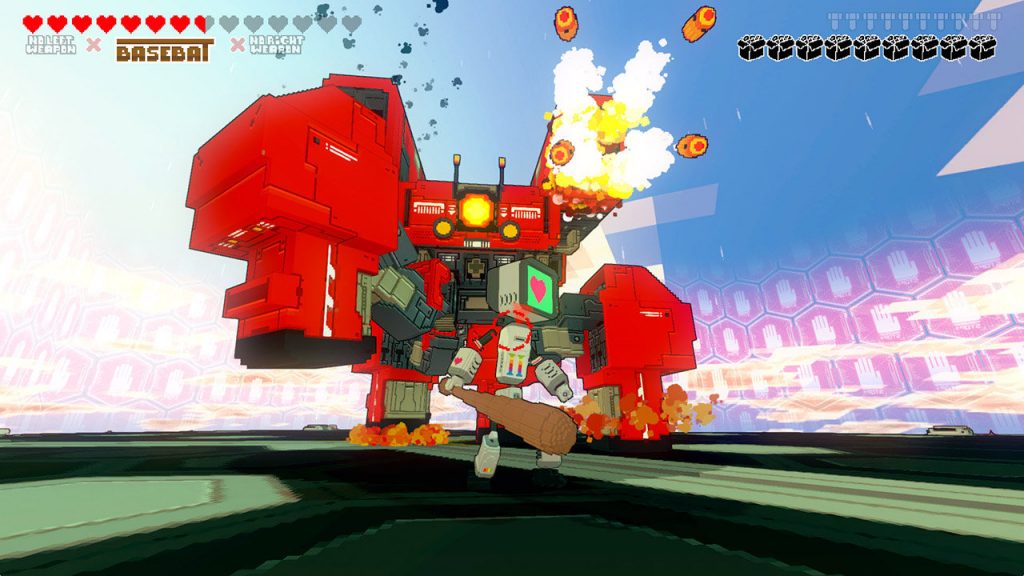 Disclaimer
This review is based on a PS4 copy of Heart&Slash provided by Badland Games.