Create your own legend in F1™ 2016. Get ready to go deeper into the world of the most prestigious motorsport than ever before. F1 2016 is the official videogame of the 2016 FIA FORMULA ONE WORLD CHAMPIONSHIP™ and features the full 2016 season calendar of 21 tracks, including the brand new Baku circuit in Azerbaijan, and the full roster of 22 drivers and 11 teams, including the new Haas F1 Team.

F1 2016 immerses you in not only the on-track excitement of a FORMULA ONE™ career, including the addition of the iconic Safety Car and also the Virtual Safety Car for the first time, but also uniquely offers the drama and vehicle development that goes on behind the scenes. Work with your agent, engineer and team to develop your car in the deepest ever career experience, spanning up to ten seasons. Forge your own path to glory, and rise to be the champion.

F1™ 2016 has hit the pavement from the seminal racing studio Codemasters who have developed the Grid and Dirt series in the past. They’ve now taken their second shot at the high octane racing of the Formula 1 series.

So a bit of a confession: I haven’t actually played many Formula 1 racing games, so this was a very new experience for me. When playing racing games, I have preferred them more arcade in nature with games such as Need for Speed, and less sim-like a la Gran Turismo. The closest I got to a racing Sim was the more sim focused Need for Speed Shift. That being said, I started playing this one with an open mind, hoping it would show me the ways of Formula 1… and boy did it do that and more! 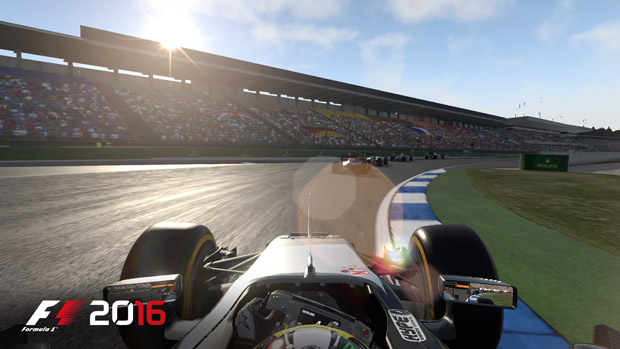 I will say that at first the game was very overwhelming for someone new person to the F1 franchise. I started with the career mode since, as with most sporting games, this is usually a nice way to get you eased into the gameplay. I did like the setup of your character sitting in a cafe with a laptop in front that worked as the menu system.

After a meeting with someone, you are off to the races needing to pick a team to race for, so that you can then start preparing for your first race. This is where the game gets confusing for new players as the rules of Formula 1 aren’t really explained very clearly, so I had to some research to understand what was going on.

You get the chance at several practice attempts before each race so that you can learn the track. The focus here is running clean straight lines, taking your turns properly and staying on the track. The game has some good tutorial options to help you get used to things and some of the systems including DRS (Drag Reduction System), tires, and even hitting the rights parts of the tracks for the best optimal time. Completing these during your practice attempts is vital if you want to have any chance of success in the game. 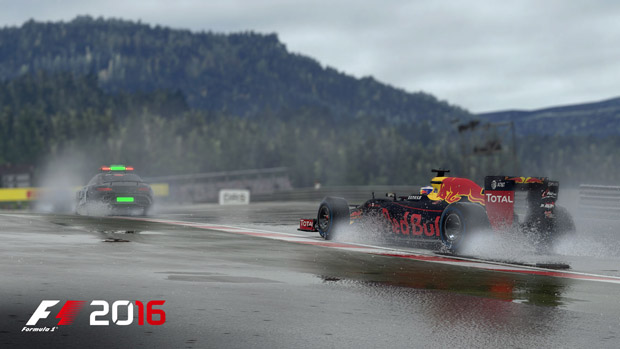 From the menu settings you can alter the controls and options in the game, allowing it to be more forgiving for new players – or if you are a grizzled vet you can jack up the difficulty. In the menus, I also found a way to pull out the camera from the cockpit to one following behind the car, which for me was a big advantage.

Another aspect in the career mode I really enjoyed was the rival system, which put you up against a rival during races and depending what the criteria was you would compete for supremacy during the event winning you some extra R&D points that could be put towards more additions for your car.

As this is a racing sim, you have a lot of options for getting your car to be as fast as possible. I mentioned earlier that you earn R&D points, and they obviously can be spent on researching and developing new ways to hone your car to your liking and improving its performance. This was a bit overwhelming for me, but veterans of the series or F1 fans will surely have fun tunning those cars exactly as they like them. 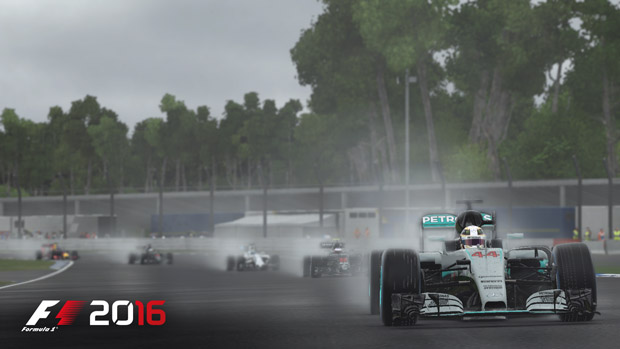 The game includes a few other modes including a Time Trial mode, great for extra practice on tracks, or a championship season where your focus is on bringing home a championship. I didn’t spend a lot of time in the online mode, partially because I thought I would get my butt kicked… and I did. However, during my time online the game did run well even with a decent amount of players playing at once. This is the type of game where you need that speedy online play with no lag, or it will cause problems with the experience, and F1 manages to deliver on that!

The game looks great as you’d expect from racing games on PS4, but this one looks very special. I did spend a good amount time in the cockpit view initially, and boy the amount of detail packed into things is immense. The cars, tracks, crowd, and even the pit crews are full of small but important touches that make this an excellent game. 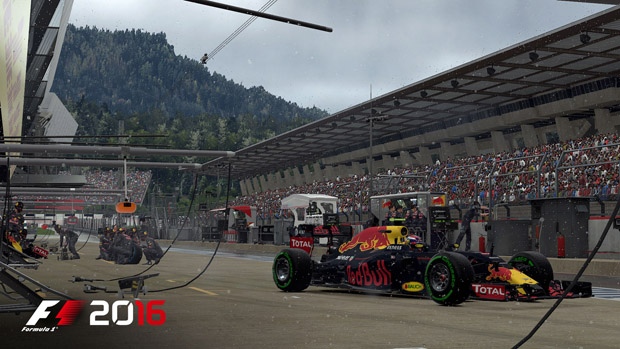 The game has a Platinum trophy, with two Gold, ten Silver and thirty-seven Bronze trophies for a total of 50 trophies. You will get a bunch of them just for playing through the season and the different modes, but there are some that will require some skill, finesse and mastering of the games mechanics to unlock them. Also, the game has a few online trophies, one of which requiring you to win five online races, so you better Git Gud.

If you are a fan of the Formula 1 racing then this is a game for you. You can tell time was taken in its development creating a detailed true to form game for the franchise. I would have loved to see some extra beginner-friendly modes, but between the tutorials and some extra practice you will be picking it up and crossing the finish line in no time. If someone like me could have fun writing this F1 2016 review, Formula 1 veterans are sure to have a blast!

Disclaimer
This review is based on a PS4 copy of F1™ 2016 provided by Codemasters Inc.

PlayStation Plus Is Raising Its Price Next Month