Dead Island: Retro Revenge is a very polished 2D side-scrolling beat ’em up. Not only will the game appeal to Dead Island fans, but also to the fans of 2D sidescrollers of ages past. When you boot up for the first time a cutscene is shown with Max on the sofa playing a game on his console. What is the game you ask? It is no other than Dead Island: Retro Revenge! A couple of thugs then come along and steal his cat and drive off in the RV. This made Max very mad and ready to get even and get his beloved pet back. So he goes through post-apocalyptic zombie infested California in search of his cat. 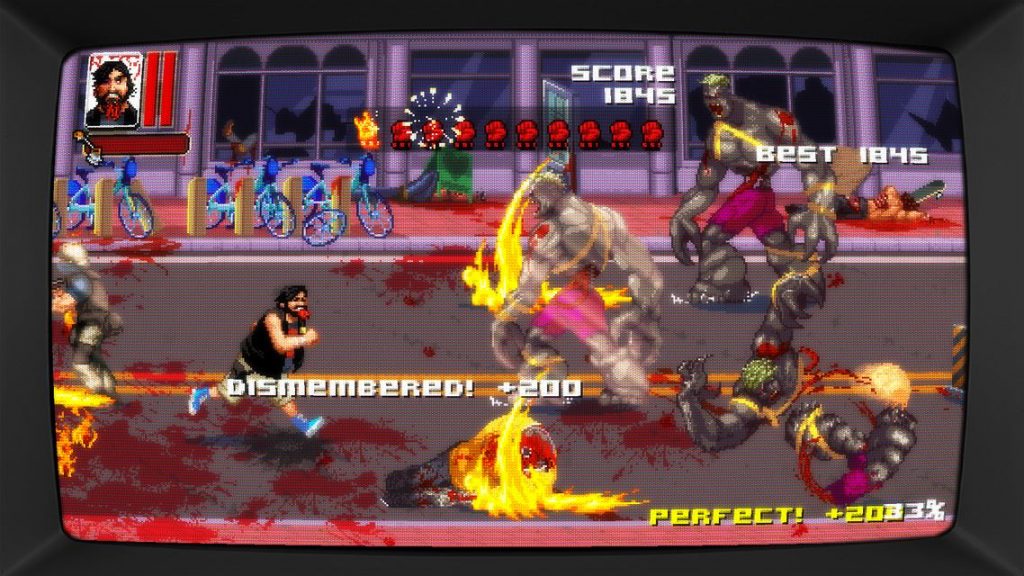 In this 1980’s and 1990’s inspired brawler, the combat system consists of movement between three lanes and your attacks need to be activated with great timing – during the level you will be graded with Good, Perfect, homerun and so on. The more Perfects you earn, the bigger your points boost, and you can rack up even bigger points by kicking barrels into hordes of zombies and getting multiple kills at once. Gameplay is all about practice and getting your timing just right.

You only have three lives, and once you deplete those, you will need to restart the level. You will earn a variety of weapon upgrades as you go, such as a machete, a snow blade crossbow and more. There is a good variety of enemies available, such as fast runner zombies, zombie dogs, exploding zombies, the machete throwing zombies, and there are even zombies that throw grenades at you. There are even human enemies thrown in the mix at later levels! 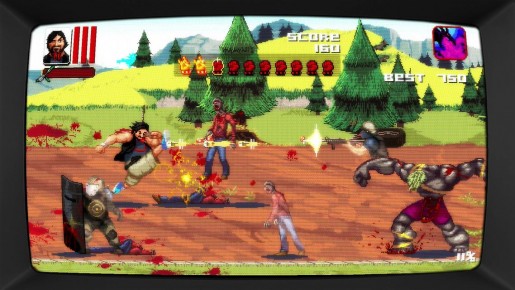 As you progress gameplay will get faster and more challenging enemies will appear and in greater numbers, but all is not lost there are some bonus picks ups along the way to help you destroy the hordes. You will notice pale blue crates with POW written on them – those are your weapon crates. Pick one up to kill the zombies with greater ease than with kicking and punching. There are export crates with a picture of an umbrella on them will give you a health boost or some massive extra points. The game has online leaderboards, and to earn the top spot those extra points will come in pretty handy.

Dead Island: Retro Revenge is a short game since there are only three chapter with eight levels in each, and depending on your skill you could complete the entire game in roughly three hours or less. To my surprise, there are absolutely no boss fights. Most beat ’em ups usually have a boss at the end of each chapter, but this is the first time I have not seen a boss challenge in this genre. 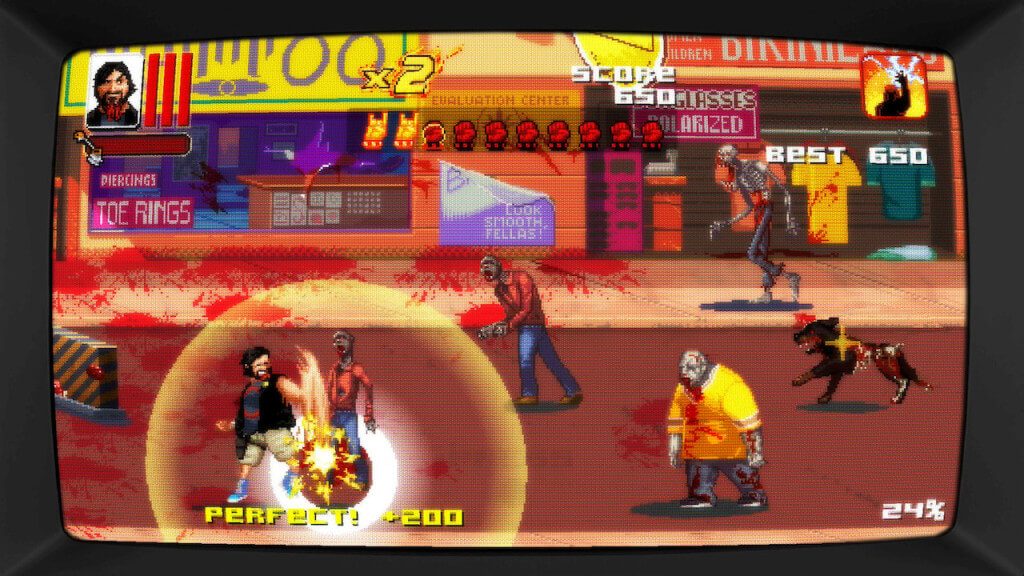 Despite being such a small game, the variety of locations is very good. Each chapter sends you to completely different locations with a new variety of hazards to avoid and new enemies which takes the edge off the repetitiveness of the gameplay due to the game’s nature.

The game is easy to play but tough to master. Are you one of those gamers that can hit the top spots of the leaderboards? Then you’ll get the most out of this bonus release! I had a lot of fun doing this Dead Island: Retro Revenge since as far as bonus games go, this one is a great extra to the awesome Dead Island: Definitive Collection. 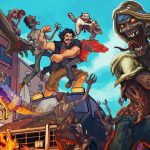 Want To Check 26 Minutes Of ABZÛ Gameplay On PS4?