Free To Play Gaming and You – PlayStation 4 Edition

For PlayStation 4 owners, 2016 has definitely been an interesting year with the arrival of several Free to Play (F2P) releases – games where you can download and play a game for free, but it features some type of micro transaction for, say, energy to play more often, or to activate power-ups, extra skins, in-game currency, casino chips, new characters and more! Is F2P for you? Come find out!

To get us going, let’s check this quote, straight from the PlayStation page that lists all current F2P PS4 games on Sony consoles to really drive the point home:

Just as the name implies, Free-To-Play (sometimes abbreviated as F2P) games are free to download and play — no purchase necessary. F2P titles often have additional means of allowing players to customize their characters, unlock new levels or gain new abilities by way of optional payments, but getting started requires no initial purchase.

There’s definitely something in here for everyone, with most genres having at least one entry in the list. We won’t be looking at all F2P games currently available, but will instead focus on a handful that will give you a taste of what to expect on PlayStation 4. From action packed games to online casino experiences to puzzle games and more, you’ll get a chance to learn more about the options for F2P PS4 games. 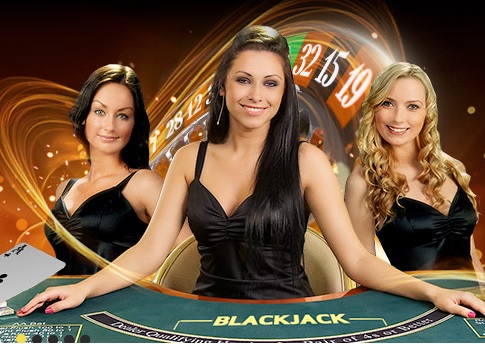 1.- SMITE
SMITE is one of the biggest Multiplayer Online Battleground Arena (MOBA) games available in the marked right now, with millions of players worldwide. The game went through a close and an extended Beta on PlayStation 4 before being available to everyone, and its competitive action has definitely grabbed the attention of PS4 gamers. 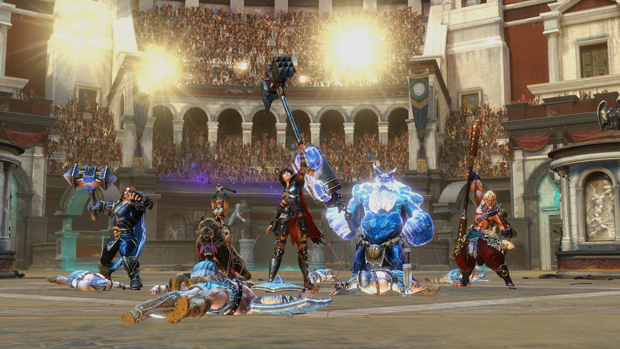 The team at Hi-Rez Studios is working hard on the game, constantly updating it with new content while also rebalancing characters, skills, and items as needed. The F2P component for this one is that while you can play it for free, each week the Gods (playable characters) available for free rotate, so if you find a favorite one (or ten!) you’ll need to pay real cash to purchase a pack that includes some in-game currency as well as unlocking all current and future Gods in the game. There are also some expansions in the work for the game, and these ask for some of the in-game gems you can earn as payment. If you want to speed things up you can use real money to buy extra gems and start unlocking new skins and new expansions right away, so do keep that in mind. 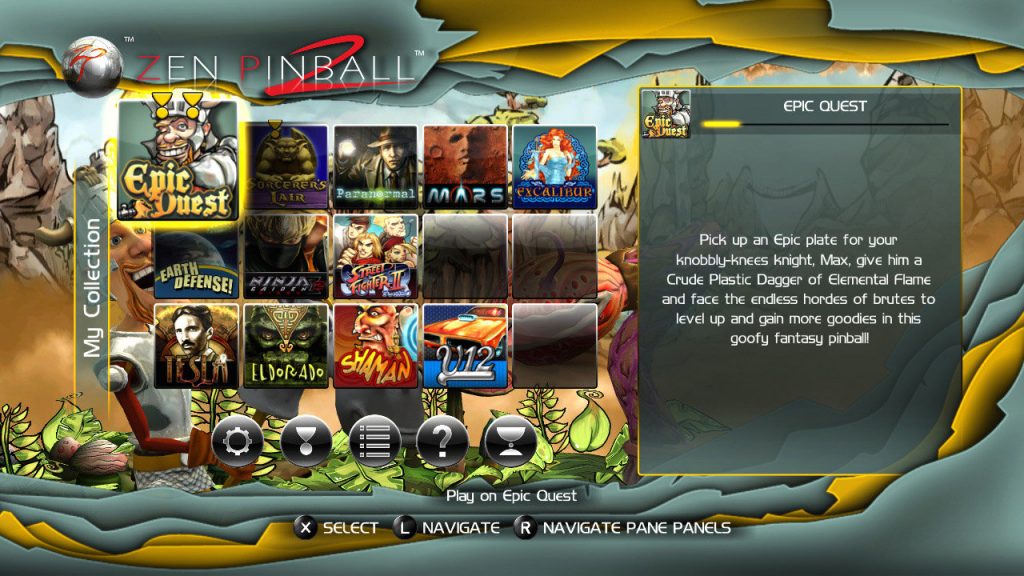 2.- Zen Pinball 2
No list for F2P PS4 games would be complete without mentioning Zen Pinball 2 from Zen Studios. With dozens of tables to choose from, and several of them being based on licensed properties such as Aliens, Plants Vs. Zombies, and Star Wars, to name a few, there’s certainly a special table for every pinball aficionado out there. 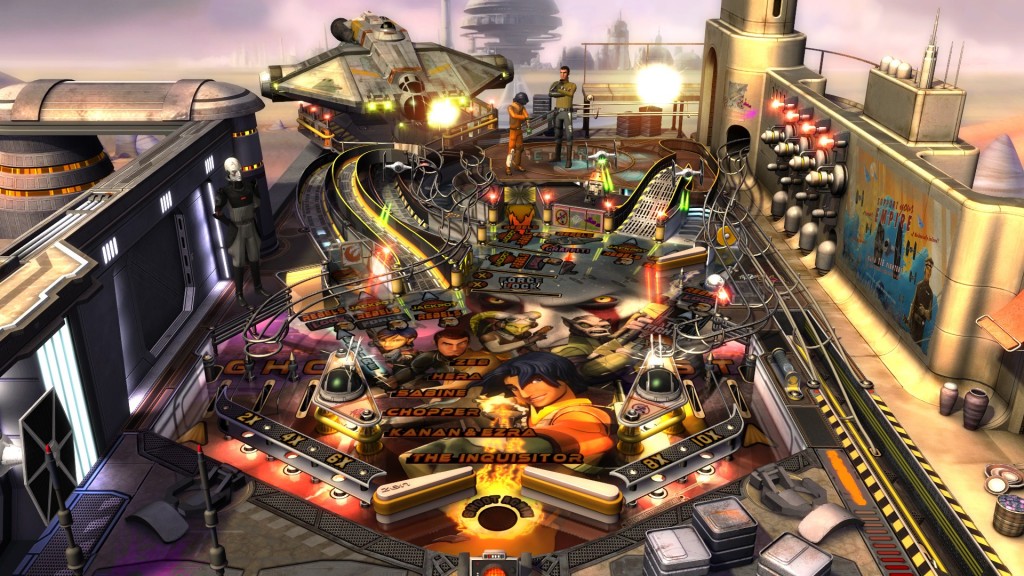 The base game can be downloaded for free, and you can also download trial versions of every single pinball table available for Zen Pinball 2. Trial versions won’t let you earn trophies as you play (something that is very important for trophy hunters), on top of having other restrictions, but they do offer you a chance to “try before you buy” so that you can play for a bit and see if the “feel” of the table is what you’re looking for. Unlocking each table costs real money, and that is when the F2P elements show up. So far I haven’t found a single pinball table on Zen Pinball 2 I didn’t have fun with, so you’ll surely get your money’s worth with this one.

3.- Frozen Freefall
Frozen Freefall is definitely a different entry when compared to the rest of the games in our list, but since it’s a F2P release, it certainly counts! The game is a match-three puzzle release with the Frozen license on top, and you can imagine how this is a big draw for adults and kids alike. There’s a lot of content in here, with 195 free levels to play and a local multiplayer mode. 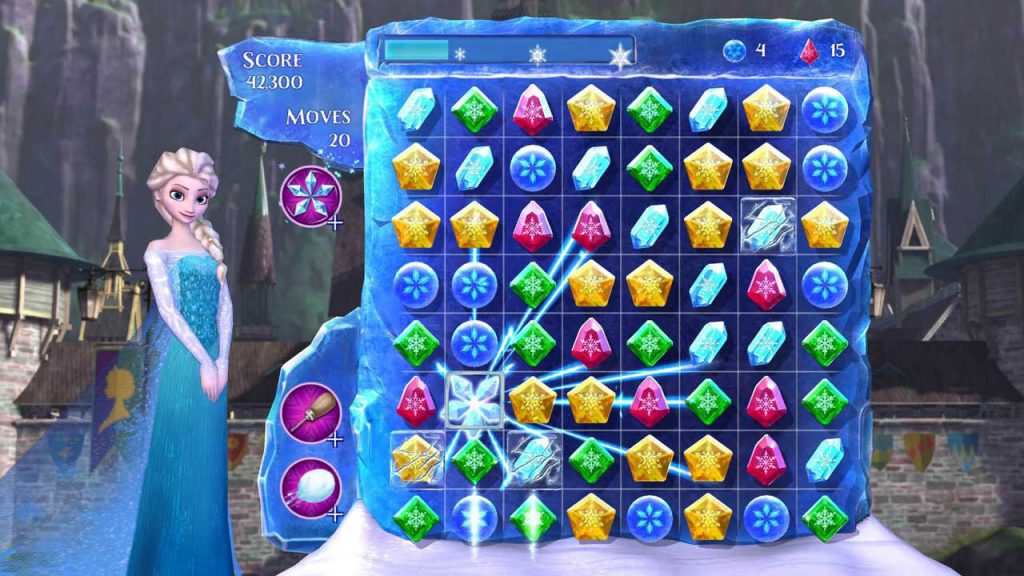 The F2P side of things is that you have a limited number of lives to play the game (as is the case for most F2P puzzle games, lives regenerate over time), so you can purchase more lives with real money to keep you going. You can also use real money to purchase power-ups such as, say, an Ice Pick to remove a piece from the board, and these are available either individually or in packs. There’s a big pack for $29.99 that includes 30 lives, 12 Ice Pick, 12 Power-Ups, 22 Snowballs and 7 Hour Glasses, and considering that each power-up on its own would cost you $0.99, the $29.99 does offer more value, but your mileage will vary depending on how much you (and your kids) like match-three games AND Frozen.

We’ve barely scratched the surface of the F2P PS4, with other games such as Loadout, DC Universe Online, War Thunder, Blacklight: Retribution, Zen Pinball 2, Gems of War, Hawken and more currently available for Sony’s home console. The advantage of F2P games is that you can just download them, try them out and see if you like the gameplay enough to spend some money on them, so there’s really no harm in sampling as many as you can before you find the ones that will get more of your time!

What did you think of this post? Have you tried any F2P games on PS4? Let us know in the comments below!