Atlus has just let us know that there’s a new team joining the good fight: Team Mexico will be part of THE KING OF FIGHTERS XIV! Come check out the video that showcases Ramon, Angel, and King of Dinosaurs. Yes, Lucha Libre is going to be represented in style on the new The King of Fighters release coming to PlayStation 4 very soon!


Here are the top-line refinements for THE KING OF FIGHTERS XIV:
3D Evolution: All 50 fighters, movesets and more are rendered in full 3D graphics that preserves the essence of KOF’s visual style but updates it with a whole new dimension.

The Best Roster Yet: There are 50 fighters total, with 31 returning from previous entries into the KOF series, and 19 brand new characters. All 50 characters will be available at the game’s launch.
Revamped Online Experience: THE KING OF FIGHTERS XIV has devoted a lot of development time to improving the game’s netcode for vastly improved online gameplay. KOF XIV uses the PS4’s online architecture to have a whole host of online conveniences, from spectating to saving replay/battle data, and having a single online KOF XIV profile to connect with friends.

Don’t forget that you can pre-order the physical Premium Edition for the game so that you can get all the cool bonus stuff you can see in the image below! 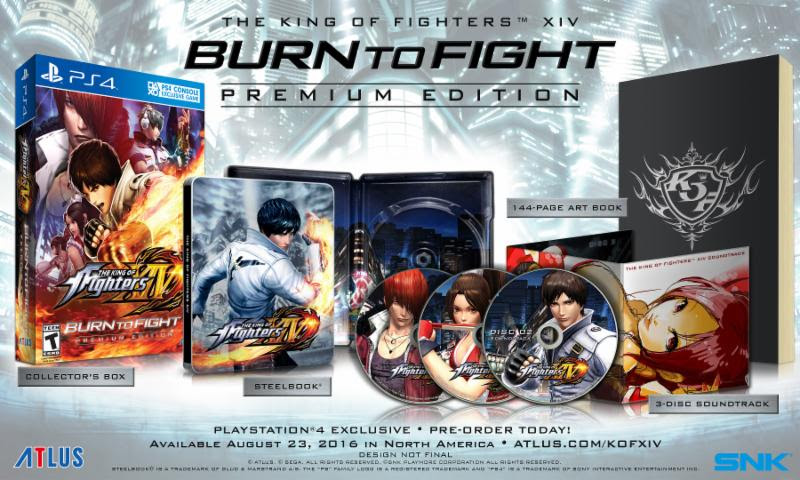 Emily Wants to Play – Coming On August To PS4