Gaijinworks has been very busy lately, putting the final touches on a deal that will allow them to release Summon Night 6: Lost Borders on PS4 and Vita in 2017! After releasin Summon Night 5 on PSP (yes, on a physical UMD disc!), making it the first main entry in the series to leave Japan, the publisher set out to also secure the rights for the release of its sequel.

The gameplay is classic Summon Night, but turbocharged and streamlined. The usual strategy grid is displayed when you move, but the characters are free to run anywhere within their movement range without being limited to the squares. The Summon magic is represented here, as expected, as are assists, but there’s a new huge Summon Burst type of attack that unleashes crazy devastation on enemies.


Terrain is expressed in 3D beautifully, as are the characters. And the ever-popular night conversations are available with more characters than ever to help develop strong ties with allies at the end of every chapter. Summon Night 6 also supports cross save, allowing the game to be played on both PS4 and PS Vita. And players will need that edge because the game is a replay beast, with more than a dozen endings to see.

As for the Summon Night 6: Lost Borders, the image below shows what’s included in the big box. This will only be available with the PS4 version of the game and it will have the:

Exclusive Four PVC Molded Drink Coasters, one for each of the main characters, and one of the game logo

Exclusive Collector’s Box to hold everything 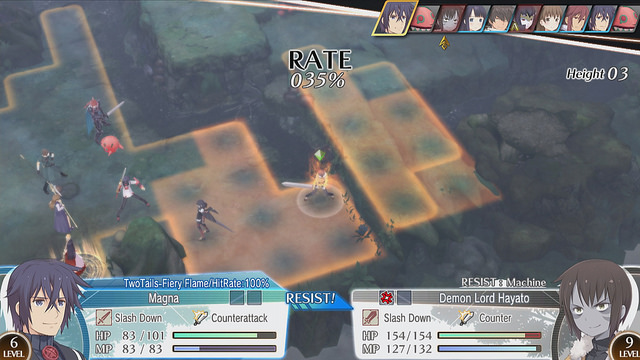 We’re definitely thrilled about this announcement and look forward to playing the game in early 2017. Have you pre-ordered your copy already? Let us know in the comments below!