Reus Coming To PS4 Later In The Year

Soedesco got in touch with us to mention that they’ll be releasing Reus on PlayStation 4 later this year. So far their release schedule only quotes a Q3 2016 release, but we’ll update you with a more solid launch date once we have it. For now we can share with you the game’s announcement trailer as well as some brand new screens!

Create seas, deserts, forests, and swamps. Combine powers to make plants, trees, animals and mines. As the world takes shape, tiny humans will start to settle and create villages. It’s up to you to determine how well your giants will take care of the humans. Will you help them grow and develop? Even spoil them wherever you can? Every aspect of a planet will create different challenges and opportunities for the inhabitants of your world, so try out lots of combinations to see what works and what doesn’t.

You start out with the 30 minute mode called “Era,” in which you have to get your planet as evolved as possible within the time limit. While playing, you will unlock several developments and power-ups if you do well. With those, you will be able to evolve the world further and unlock longer “Era” modes (60 minutes and 120 minutes). If that sounds overwhelming, you can always try the beginner and freeplay modes. In the latter, you can play as long as you want, but you will not earn any developments. Perfect for stress-free playing and practice! 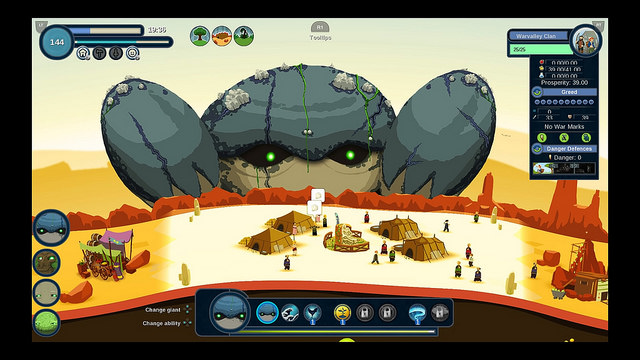 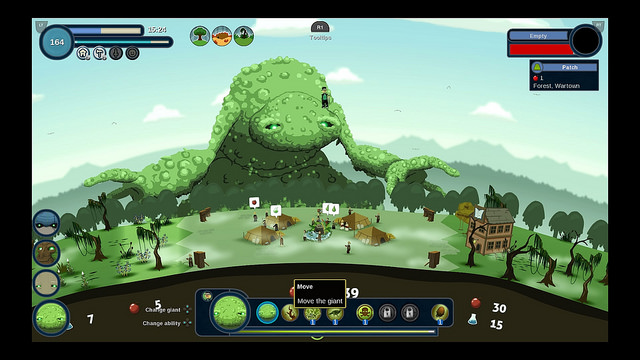