Gryphon Knight Epic got started with a Kickstarter campaign – its gameplay pitch video looked pretty. The team asked for $18,000 and succeeded with an extra thousand dollars in the development pot. Was the wait worth it? Read our Gryphon Knight Epic review to find out!


Gryphon Knight Epic is a fun 2D side scrolling shoot ’em up with gorgeous hand-crafted pixel graphics, all in a medieval setting. You play as a decorated Knight called Sir Oliver who rides Aquila, his trusty Gryphon. At the start, Sir Oliver saves a princess from a dragon, and he then get’s married and retires from Knighthood. 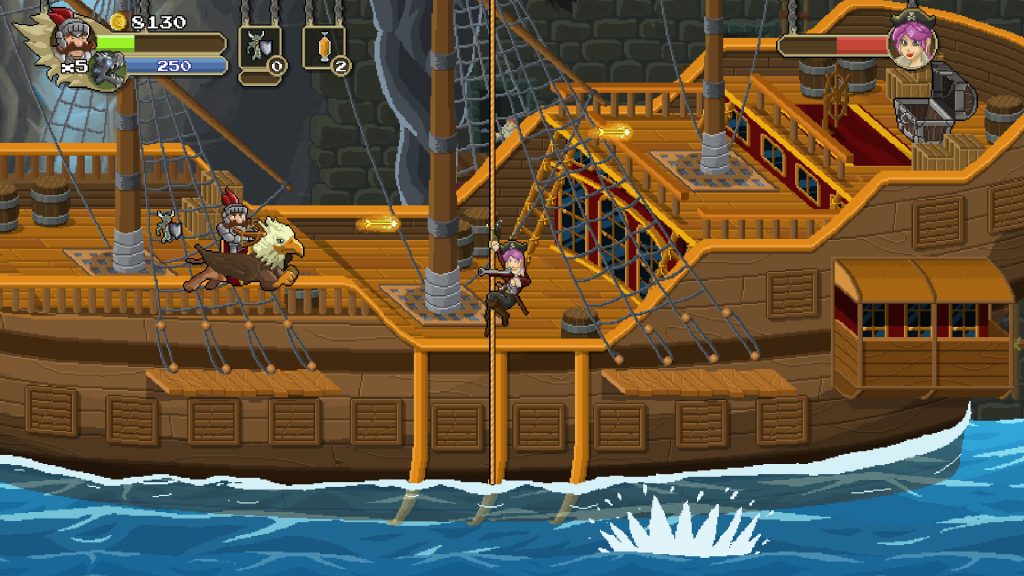 Many many years go by, and Sir Oliver finds out that the treasure his comrades took from the dragon was cursed, all except for the amulet that Sir Oliver had picked up. Mot only that but it turns out that the amulet is the cure for the curse that is affecting his friends, which means he must set out on a mission to save them. 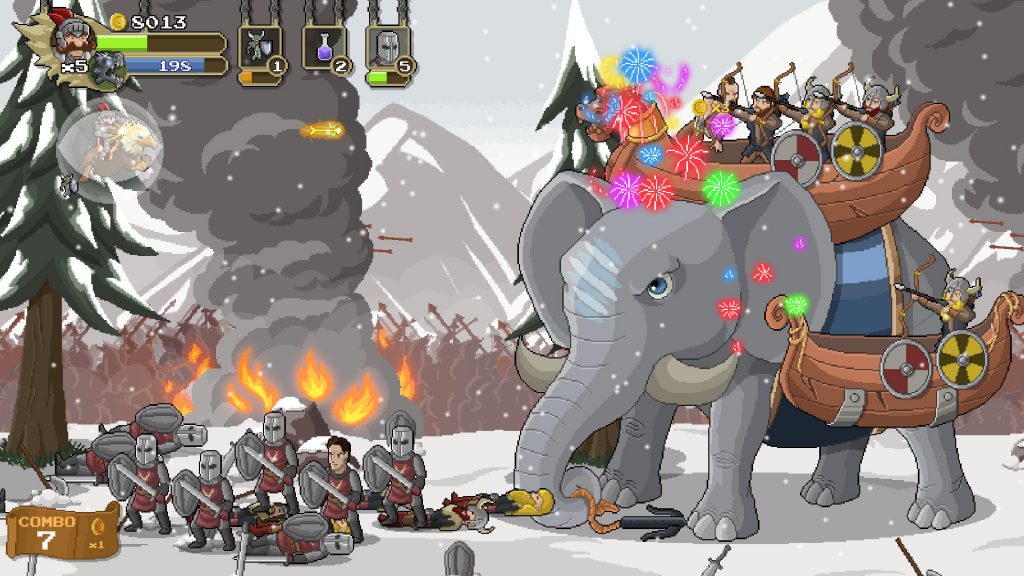 The game has eight stages, and they get harder and harder as you progress. You can choose between three difficulty choices for each stage: Squire is the easiest since you get more hit points and take less damage, but you also earn less money. Knight is the standard difficulty, so you get standard hit points and earn the standard amount of money. Epic is the brutal difficulty where there is no healing, you get fewer hit points but can get more money. 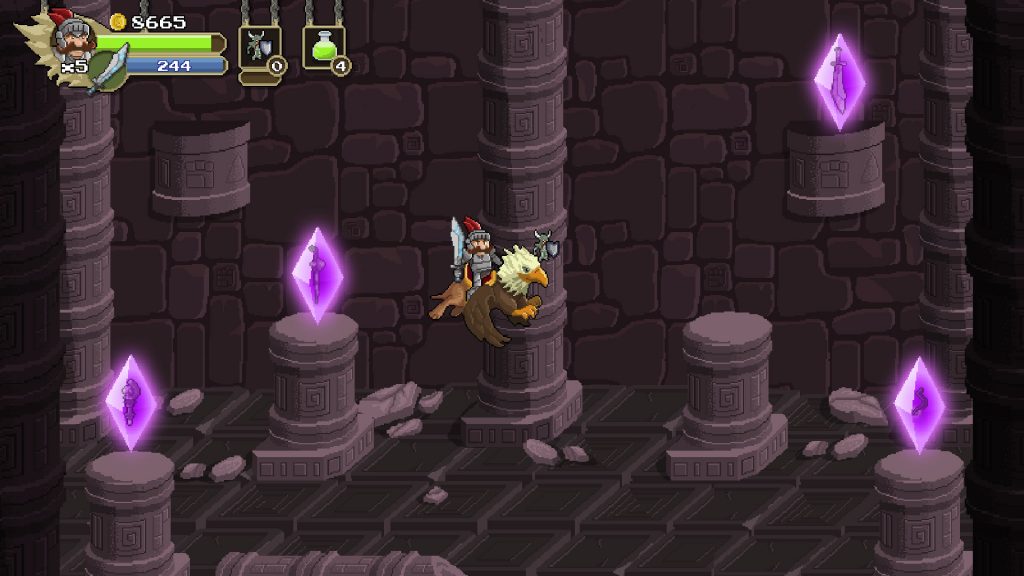 Upon starting the game the first three stages are open, and after you complete the tutorial stage, which you will start automatically, you can play the remaining stages in any order you wish. Once you complete the first three, the next three stages will open up and you can play those in any order as well. If you find one particular stage too difficult you can quit back to the map and select another stage to try. Each one is also around 10 minutes long, including the boss fight for the level. 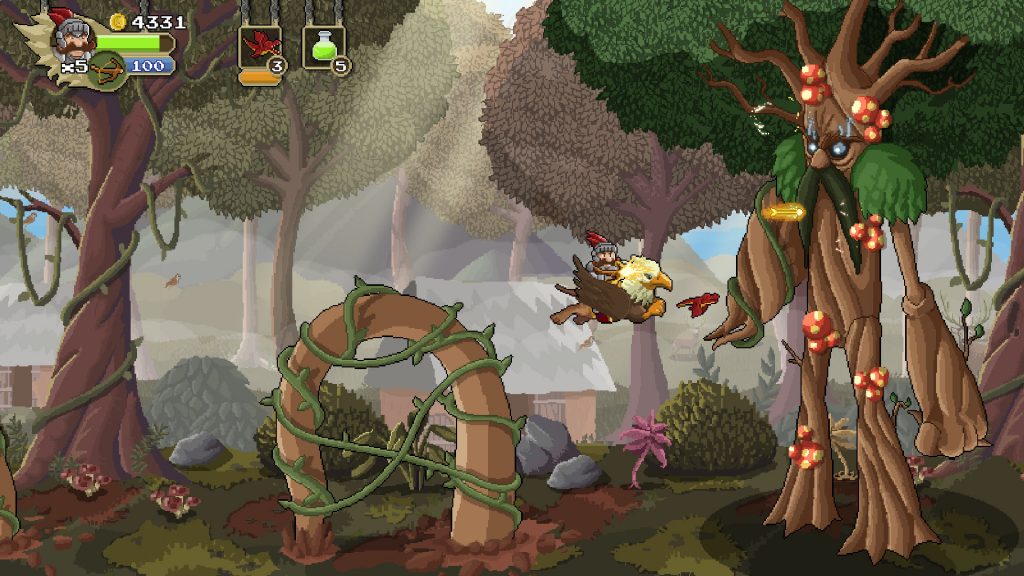 Each stage has different locations, and the enemies are plentiful – they will shoot at you, blind you, confuse you or poison you. The bosses are weird but wonderful, and some will have their own mounts like a Scorpion or a Gorilla! There is even a tree for a boss that shoots mushrooms at you – I think that is my favorite boss in the whole game. Each main boss will give you his/her weapon to use after he/she is defeated, and you can upgrade each one at the Wizard’s shop for a fee. The upgrades have three levels and the cost increases with each level. It will take many playthroughs to get the money you need to upgrade everything! 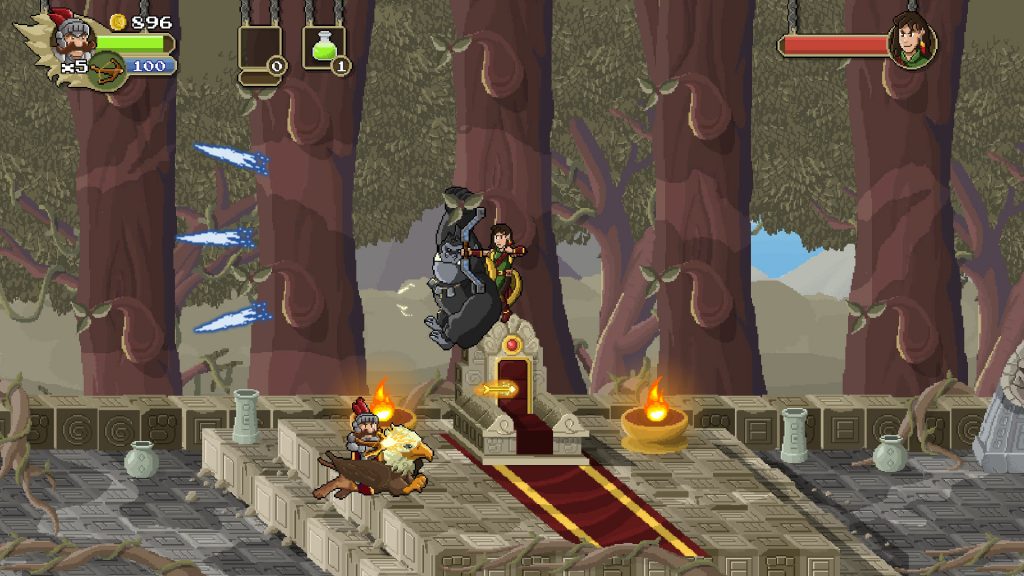 All stages in the game auto scroll, with a finger marker telling you which way to go, but you can change the direction of the scrolling with the circle button. The only disadvantage with this is that enemies respawn so you can’t really clear out the whole stage… but if you want to get a particular trophy for obtaining 5000 coins in one stage, going back and forth should do the trick. 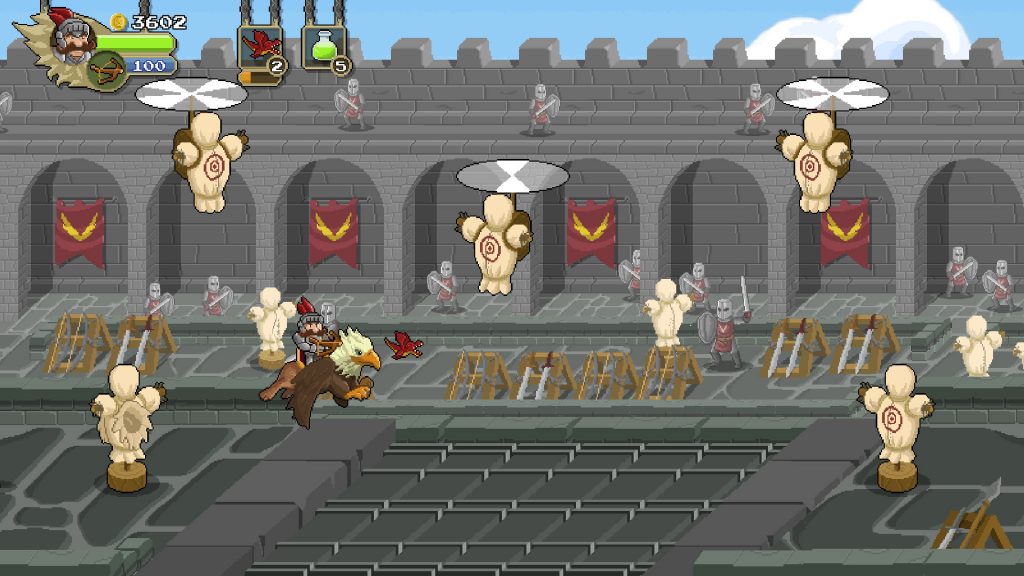 I had a ton of fun playing the game for this Gryphon Knight Epic review. The game is the perfect lenght, and it includes a full trophy count that will surely make trophy hunters happy. The Platinum will definitely require some effort, but if you work hard enough you should have it in your collection. 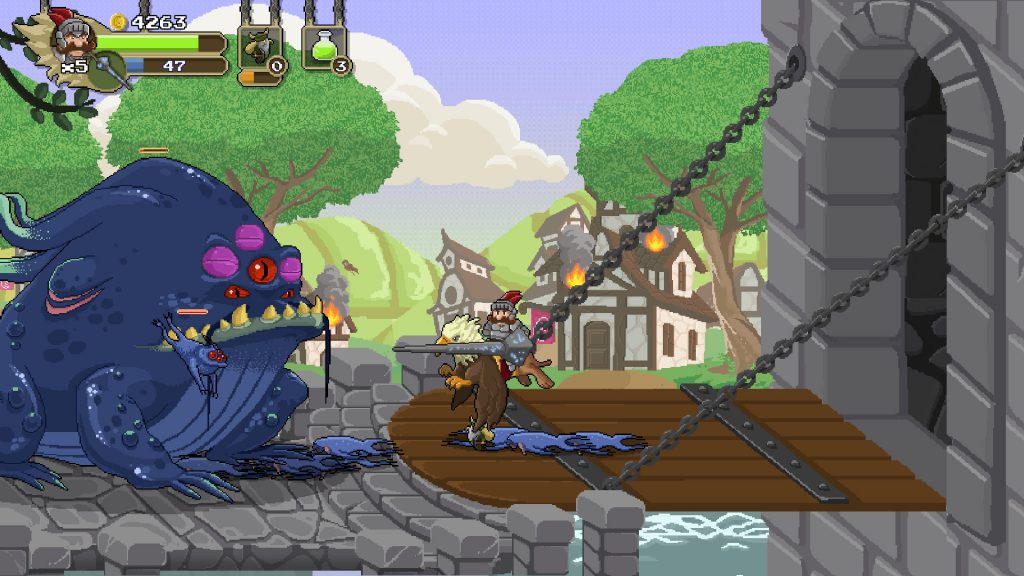 Disclaimer
This review is based on a PS4 copy of Gryphon Knight Epic provided by Cyber Rhino Studio. 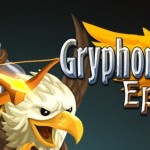