KING Art Games has previously run three hugely successful Kickstarter. They did one for Book Of Unwritten Tales 2 (an excellent point and click release). Their second Kickstarter was for Battle Worlds: Kronos, which I’m reviewing today. Their third successful Kickstarter, The Dwarves which I backed, will be making its way to the PS4 later this year. 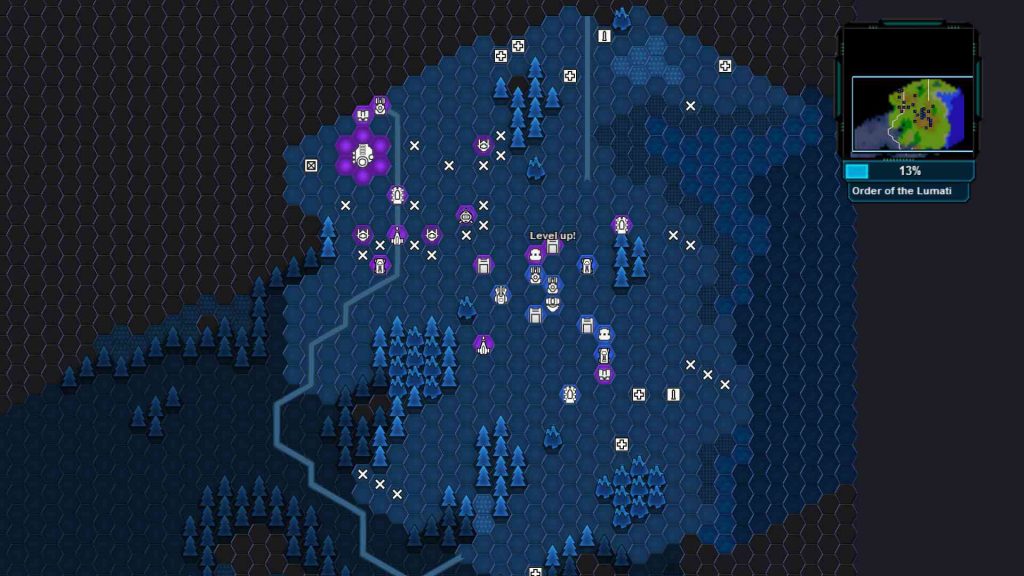 Battle Worlds: Kronos is a hardcore turn-based single player strategy game. KING Art Games said that there are far too many “easy” games out there already, so they wanted to create a game that was very challenging, and they certainly achieved that goal! Good planning and clever tactics are an absolute must if you want to stay alive. 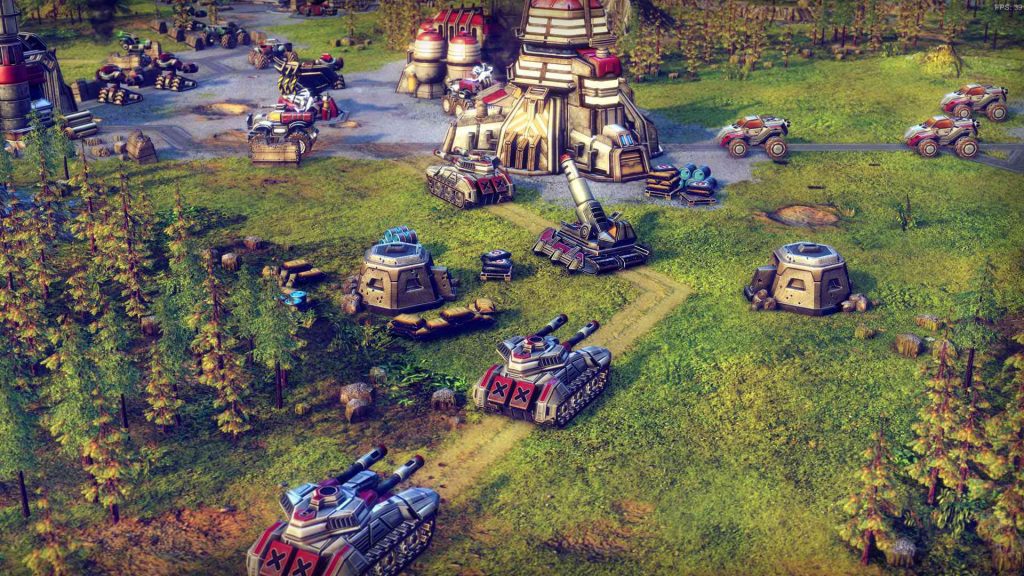 The story is about the death of the Emperor of Kronos. After this, the three factions start a war for the right to choose the next Emperor. This is something that has always been done to choose a successor. However, this time, the stakes are much higher. The war is much more aggressive than usual because immortality is very close to being a thing, and that means that the successor will quite likely be Emperor forever. 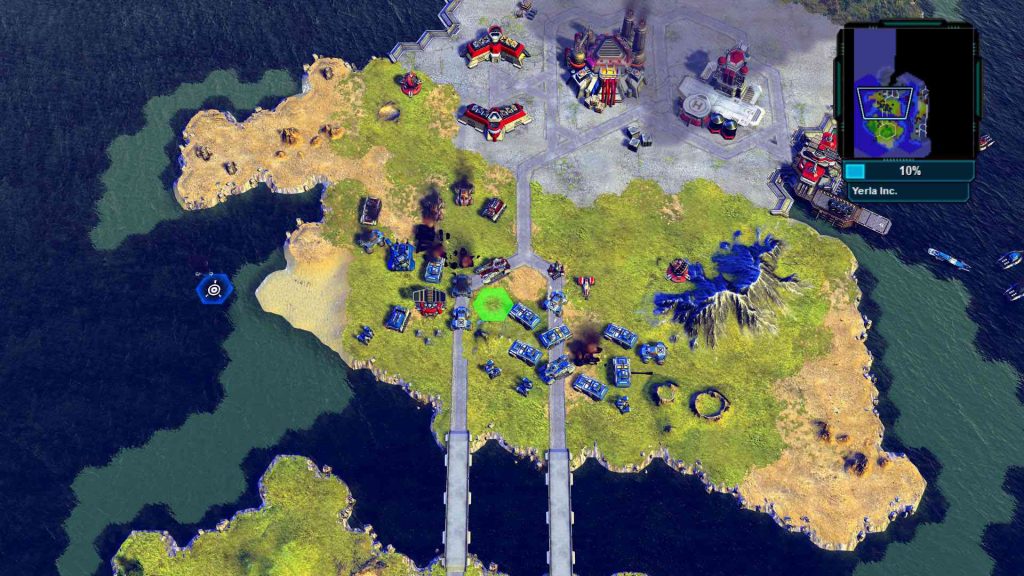 Battle Worlds: Kronos has quite a deep tutorial that explains how you play the game. After this, you can hit the PS4 touchpad for further instructions which you can see on the left side of the screen. At the start of the Tutorial, a message pops up with this note ‘Read this if you want to live,’ followed by ‘Battle Worlds: Kronos is a hard game, but if you can’t beat it that’s not because it’s too hard. It’s also not because you aren’t good enough, it’s because you haven’t read the tutorial steps that appear on the left side of the screen bit by bit.’


The game has quite a lot for you to learn. Luckily the tutorials are great, clear and easy to understand. To fully absorb how the game works, you must play and make some mistakes, so that you can learn from them. That is the beauty of Battle Worlds; Kronos: sure, you will make many mistakes, and you will probably die a lot too, but you will know what you did wrong and be able to correct them as you go. 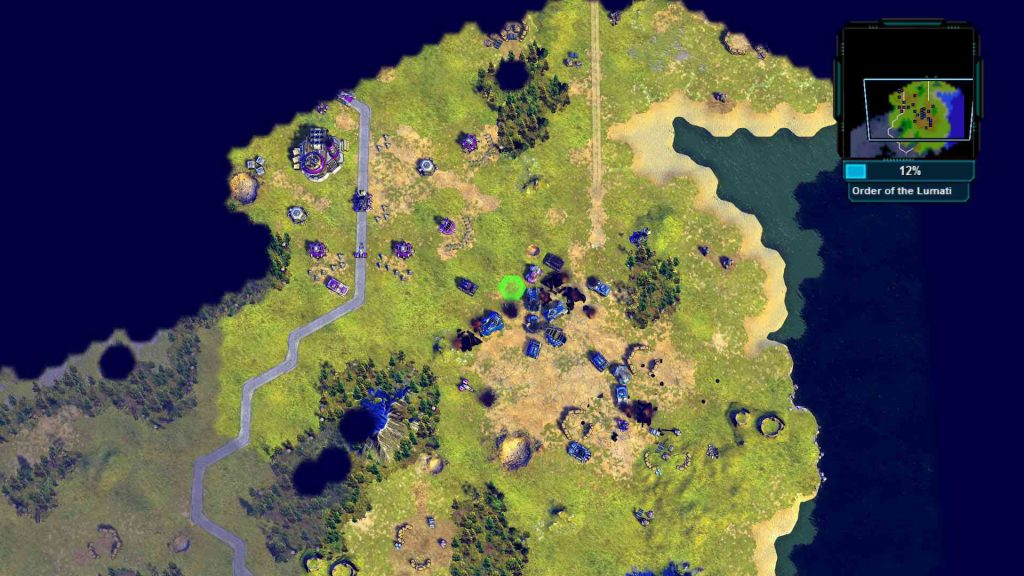 You will be controlling your forces by land, air, and sea in this chaotic and hectic strategy game. There are three single player campaigns for you to sink your teeth into: A New War, A New World and Trains. That means there’s plenty of content in this game, as long as you can endure it’s difficulty curve. 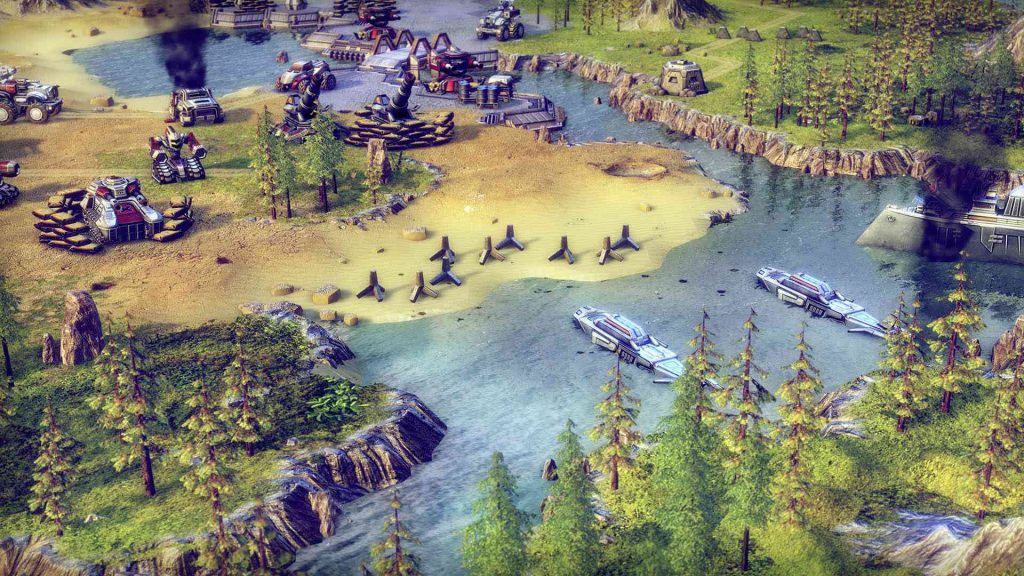 Some scenarios will offer you the opportunity to call for reinforcements if in need, but to keep players from abusing this feature, you can only do it once every ten rounds. Trophy hunters beware: there is a trophy for completing all scenarios without using reinforcements, so do keep this in mind as you play the game! 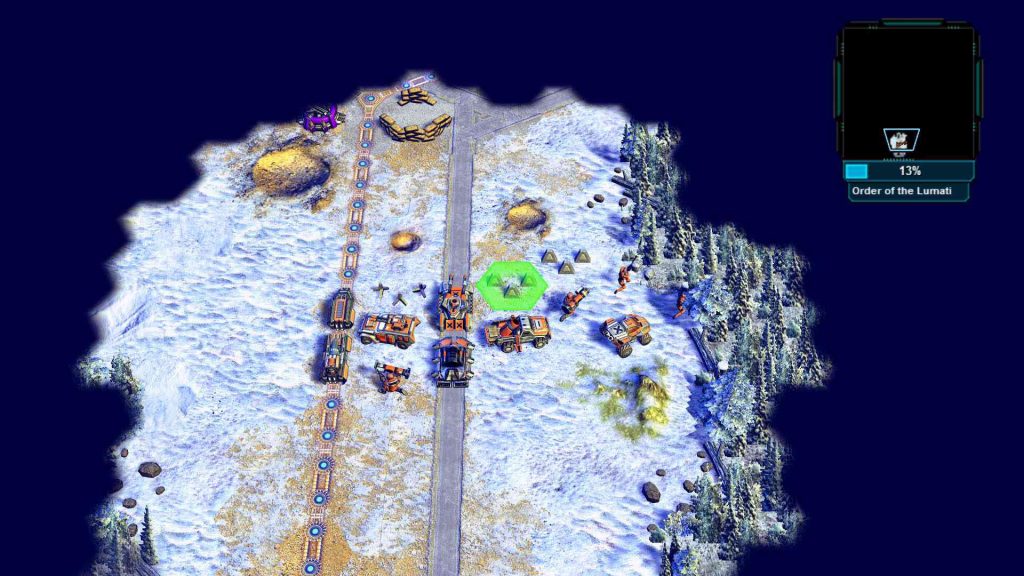 There is no resource harvesting since the game is more into resource management and acquisition – this is where ammo and repair stations come in- You cannot harvest them, but you will find ammo in supply drops, which are scattered around the map. The same goes for repair stations, so be on the lookout for these very helpful locations! You can make use of a supply truck or two to visit them. 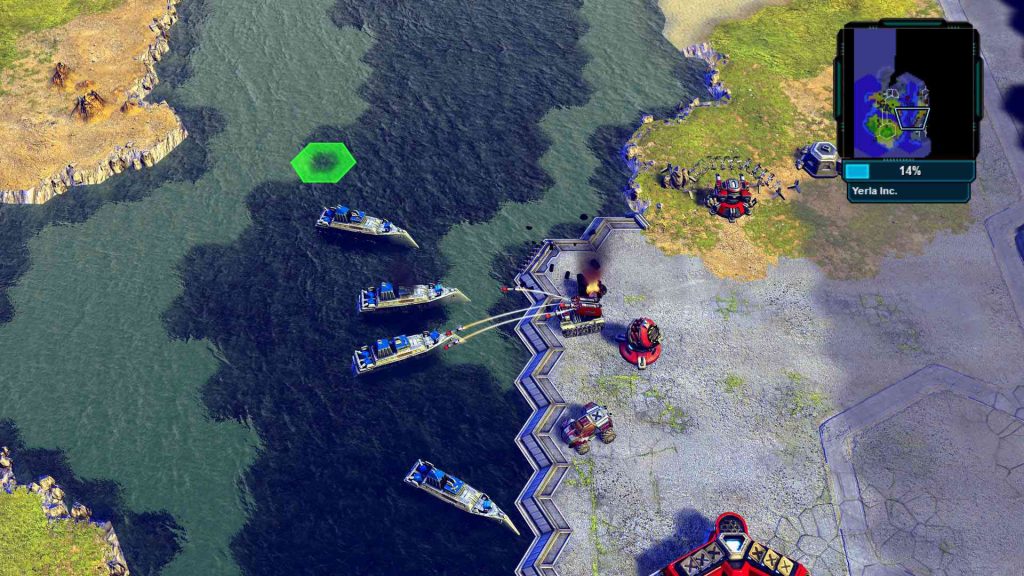 Combat is the most important aspect of the game. Combat is turn-based, so once your turn is done, you can hit the square button to end your turn so that the enemy AI can take its turn. You have a variety of units at your disposal ranging from scouts to tanks and artillery. On top of that, you have naval forces and air forces as well. You won’t get them all at once, so they will slowly be introduced as you progress through the scenarios. Each unit has a different attack power, so you want heavy hitters like tanks and artillery in the front lines, so place your units just right as you work your way down to the weaker ones. Keep your ranged units out of attack range but make sure you are close enough for them to do big damage to your opponents. 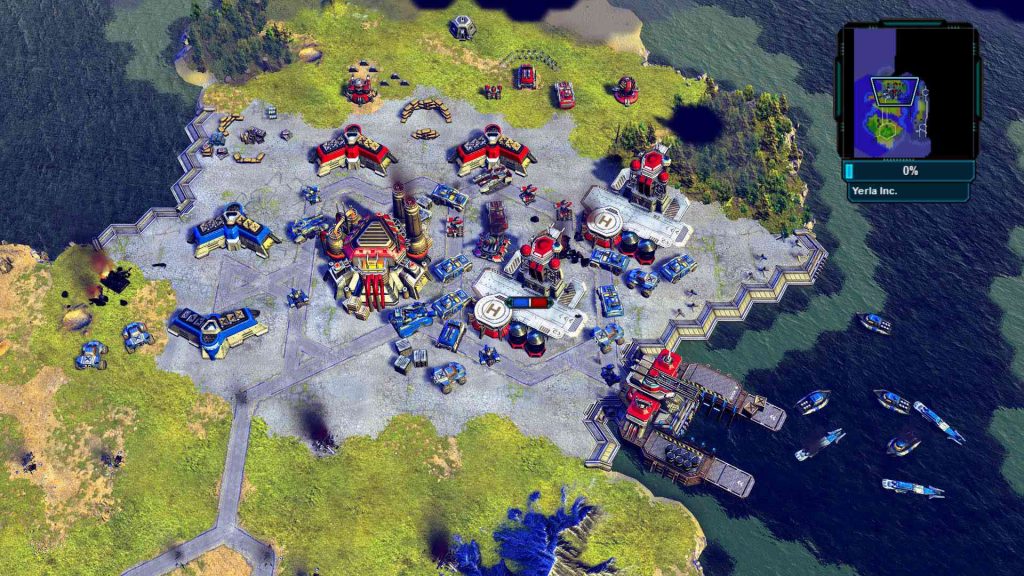 Each unit has a set number of actions for moving and shooting, or you can choose to move the same unit twice if needed. Some units can only move and not fire, while other units have a joker action that gives them an extra turn to move or shoot, so plan accordingly and make the most of that extra action! The AI is very clever, so you need to be one step ahead and be outsmart it. 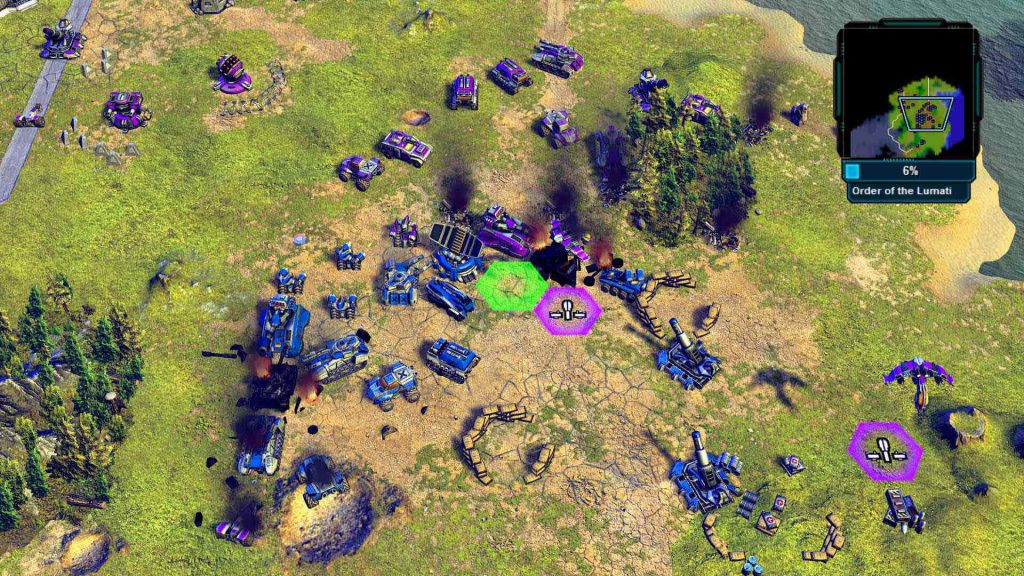 Battle Worlds: Kronos has some RPG elements as well. The more your units fight, the more EX they will earn, eventually leveling up to become more powerful and learn new abilities. Once you have destroyed an enemy, their wreckage stays on the map for one turn. At first, I thought the wreckage might be lootable, but that was not the case. Maybe something to consider for a sequel? 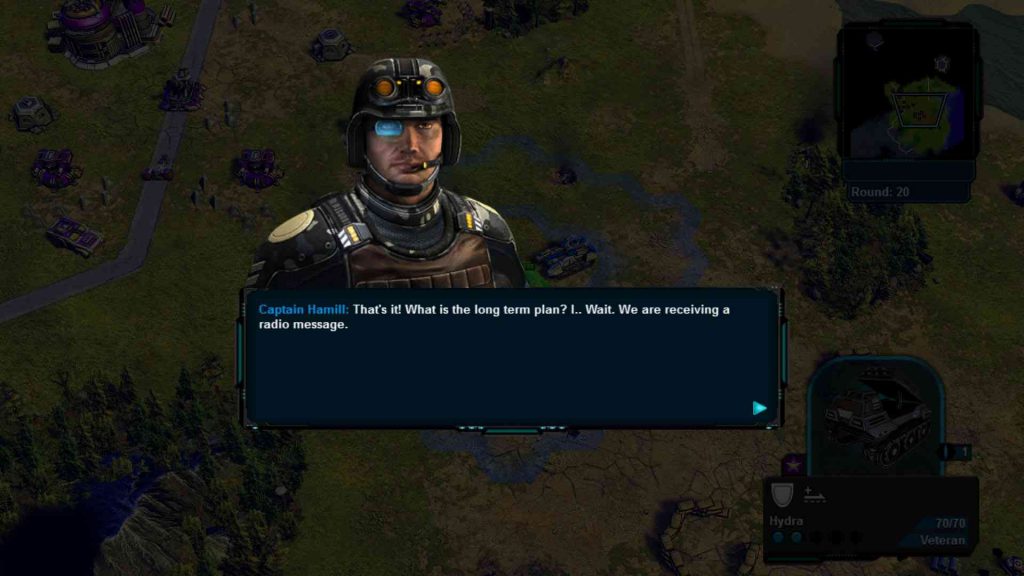 There is a lot of content in Battle Worlds: Kronos and a lot for you to study and learn as you play. The game is very fun, but can be very frustrating for some, especially if you are not a pro at this type of game. KING Art Games wanted to explore another genre, and present gamers with a challenge, and they have succeeded. I died a lot to write this Battle Worlds: Kronos review, but in the end, it was worth it since there’s a solid and fun experience to be had with this release. 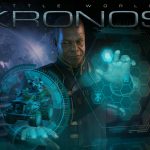 Team South Town Ready For THE KING OF FIGHTERS XIV

Save Big Thanks To The Re-PLAY Sale!