Odin Sphere is a side-scrolling RPG from Atlus and Vanillaware that released late in the Playstation 2 cycle, but that to this day is still recognized as one of the best games in the entire Playstation 2 library. Odin Sphere (PS2) was released as a PS2 Classics on the PlayStation 3 a while ago, but now Atlus and Vanillaware have worked on a full remake for PlayStation 4 and PS Vita.

I played through the entire game back when it was originally released a full decade ago, so I was more than ready to compare how this new release stacks up to the classic version!


In Odin Sphere, the days are grim as we are close to the very end of the world. What made this game so unique back when it first released was its gameplay of course, and how the story is told from five different perspectives, with each character having his/her own reasons to save the world. 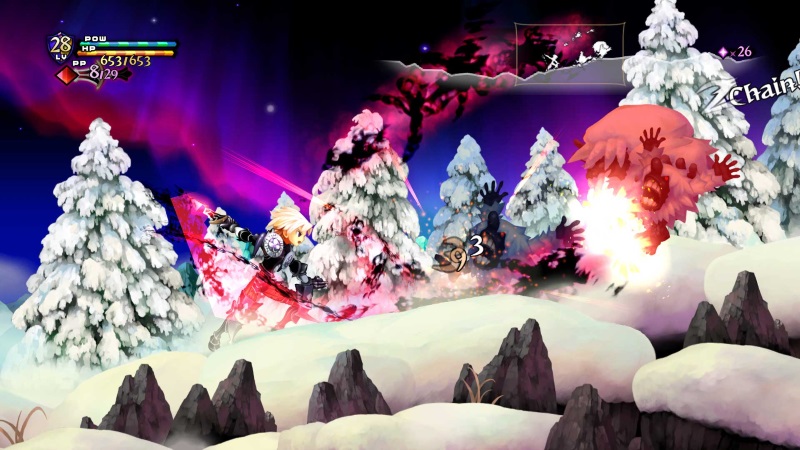 In this remake, you are invited to select either the classic or refined mode, the second one being the mode that will allow you to experience the game using the enhancements remake. Both versions are similar and follow the same story, so it’s up to you to play the version he/she prefers. Also, Japanese-RPG enthusiast will be happy to know that the original Japanese voice overs are included, so you can play the game using either English or Japanese voiceovers!

I won’t spoil anything about the story in this review because experiencing the story first hand is part of what makes Odin Sphere such a special game. Each character’s story connects with that of the other characters, and one story’s hero might not have the same role in another character’s story! As you can guess, having insight into the game from each individual point of view incrementally reveals new elements about the overall theme, and it’s an awesome way to tell a tale.

As for the gameplay, Odin Sphere Leifthrasir is a hand-drawn action-RPG side-scroller in which you must destroy various enemies and bosses in different sections of the continent. The gameplay itself is very easy to pick up as you attack the various enemies with the action button. Once enemies are destroyed, they release Phozons, which are particles of life that can be collected by the weapon of the playable character called a Psypher. Phozons can be used to power-up your weapons, but also for growing plants – since there are a lot of seeds dropped by the various chests found on the map. Once a seed is planted, you can release some of the Phozons captured from previous enemies to have your fruit grow. Once the fruit is mature, you can collect the fruit and either stock it in your inventory or consume it, which is how you raise your experience level (eating food in Odin Sphere is how combat experience is awarded!). This is a fresh concept from getting experience from enemies and was a blast to experiment with! 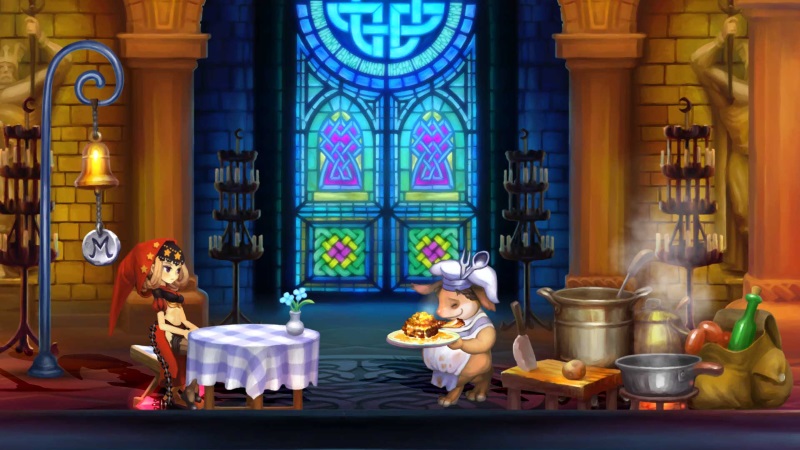 As you progress, you’ll also get access to more complex fruits that can be grown and even a full cooking shop to which you bring the different ingredients and recipes to obtain meals that in turn give a lot of experience. As you get closer to the ending of each story, mastering the cooking skills is mandatory to be strong enough to proceed. Collected items can also be alchemized together in order to get an even better item. One of the minor issues I had with this game was the inventory space was low, so a lot of time is spent managing your inventory instead of actual alchemy. It was even worse with the original release, but while the inventory space seems to have been increased, I thought it was still a minor issue.

Odin Sphere Leifthrasir is a gorgeous game, with a fully hand-drawn art style. This version is definitively more fluid than the original release, were the huge sprites were just too much for the PS2 hardware. The voice acting was also great, and I loved the possibility to play the game in the original Japanese language. A cut-scene skip feature is also included, which is nowadays an optional and very welcomed option. The soundtrack is also as perfect as it was a decade ago. The game is looking crisp and sharp on the Vita screen (the console on which I mainly played the game), and it looks equally great on your TV screen. 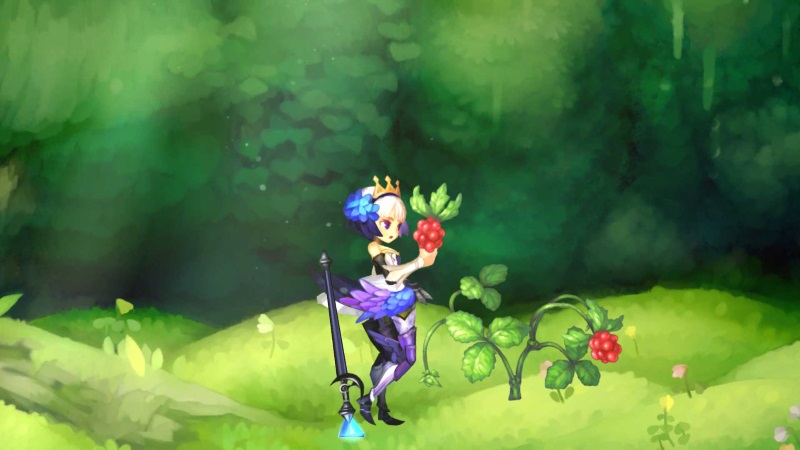 Almost ten years later, Odin Sphere Leifthrasir is still a game that has a lot for you to love. With its action-RPG setting, alchemy and cooking systems and its superb story, it’s a game that has to be played! The inclusion of Japanese voice-overs is also a nice bonus.

The only main issue I had with this game is that it eventually gets very repetitive as you have to play through the same major story timeline five times before unlocking the final chapter. But other than that, if you never played this game, then do not hesitate and purchase it! If you played it back in the day the original release, do consider giving it another go because the improvements made to this remake are well worth a second dip.

You can purchase Odin Sphere Leifthrasir on the PSN right here.

Disclaimer
This review is based on a digital copy of Odin Sphere Leifthrasir provided by Atlus.

A classic gets a new chance to shine! 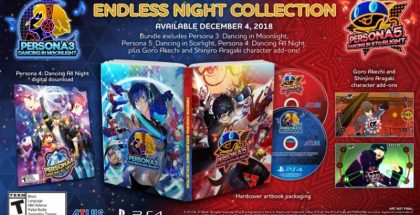 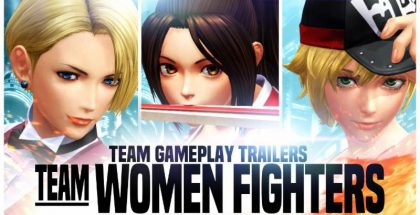