The Vikings have invaded the world of SMITE! Get ready to board your ship, set sail and pillage and plunder the world with all your might in Vikings Invasion!

Last week SMITE on PlaysStation 4 got the 3.9 patch which added some cool stuff to the game. You can read my previous post about the update right here to catch up.

As for today, what I want to focus on is the Vikings Invasion content included with the update. You can purchase this add-on right from the Store you can access from the main menu for only 900 gems, unlocking a dearth of content for you to play.

So what exactly is the Vikings Invasion content? Well, to get things going, once you access the content you receive two new skins for Chaac and Kali with a Viking motif. You also receive a new Viking-themed Ward, Pedestal, Loading Frame, a Ymir Announcer Pack, and a Norse seafarer music theme. All this is unlocked immediately when accessing the add-on, so right from the start, you get something for your hard-earned gems.

The other big addition is the new quest line which you can access from the main menu. You get to choose which quest you want to complete, and after doing that you can focus on the next one in succession. For reference, I’ve included below the path I took. 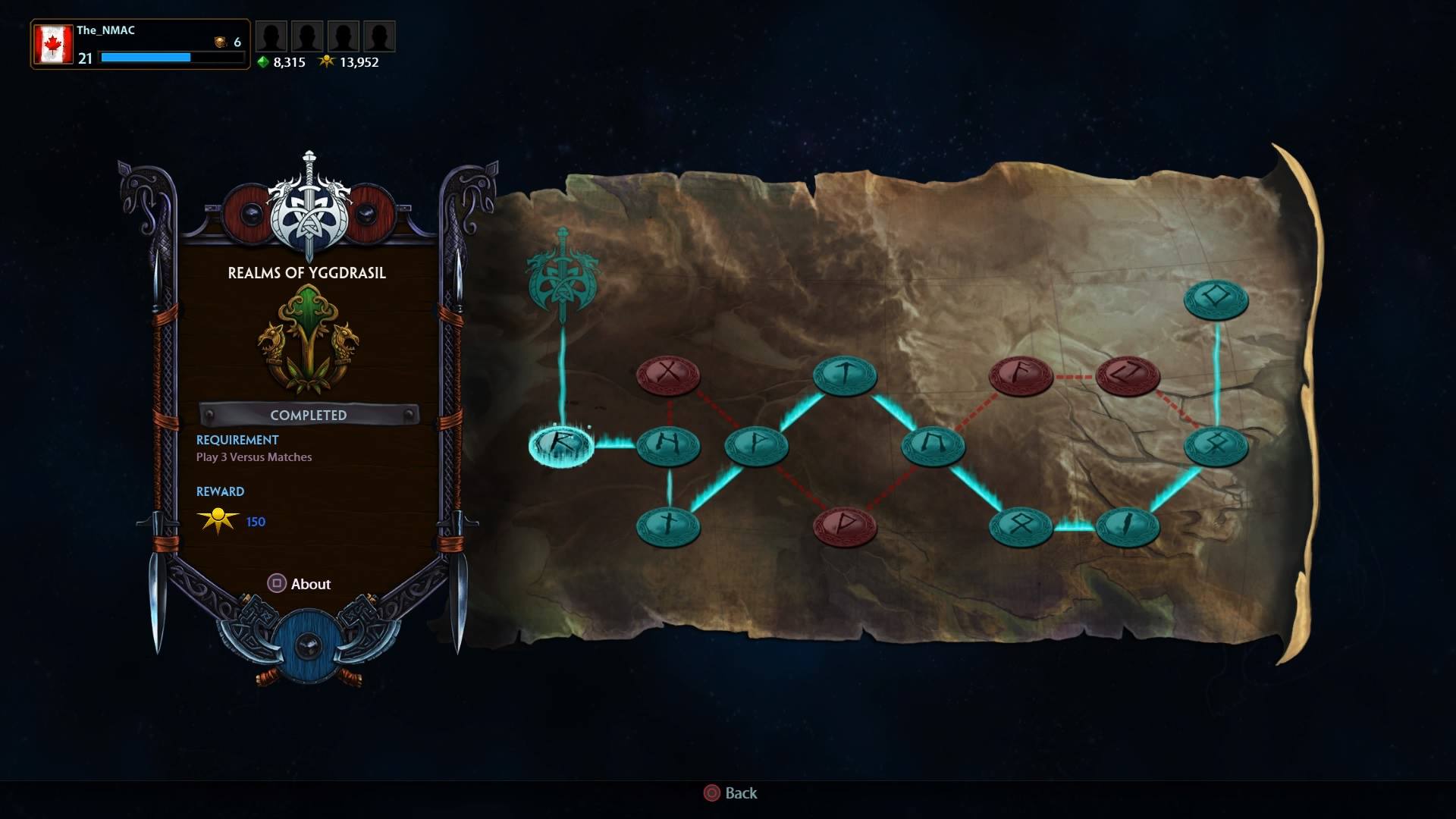 The quests will range from simple things like getting eight kills and do 50000 player damage, to getting your first win of the day. For the most part, they are all very doable. As you complete each quest you are either gifted with more favor, a chest with a random skin in it, or an upgraded Viking Skin for Chaac and Kali! By the time you finish all of the quests, you will have received six new skins which ain’t bad. 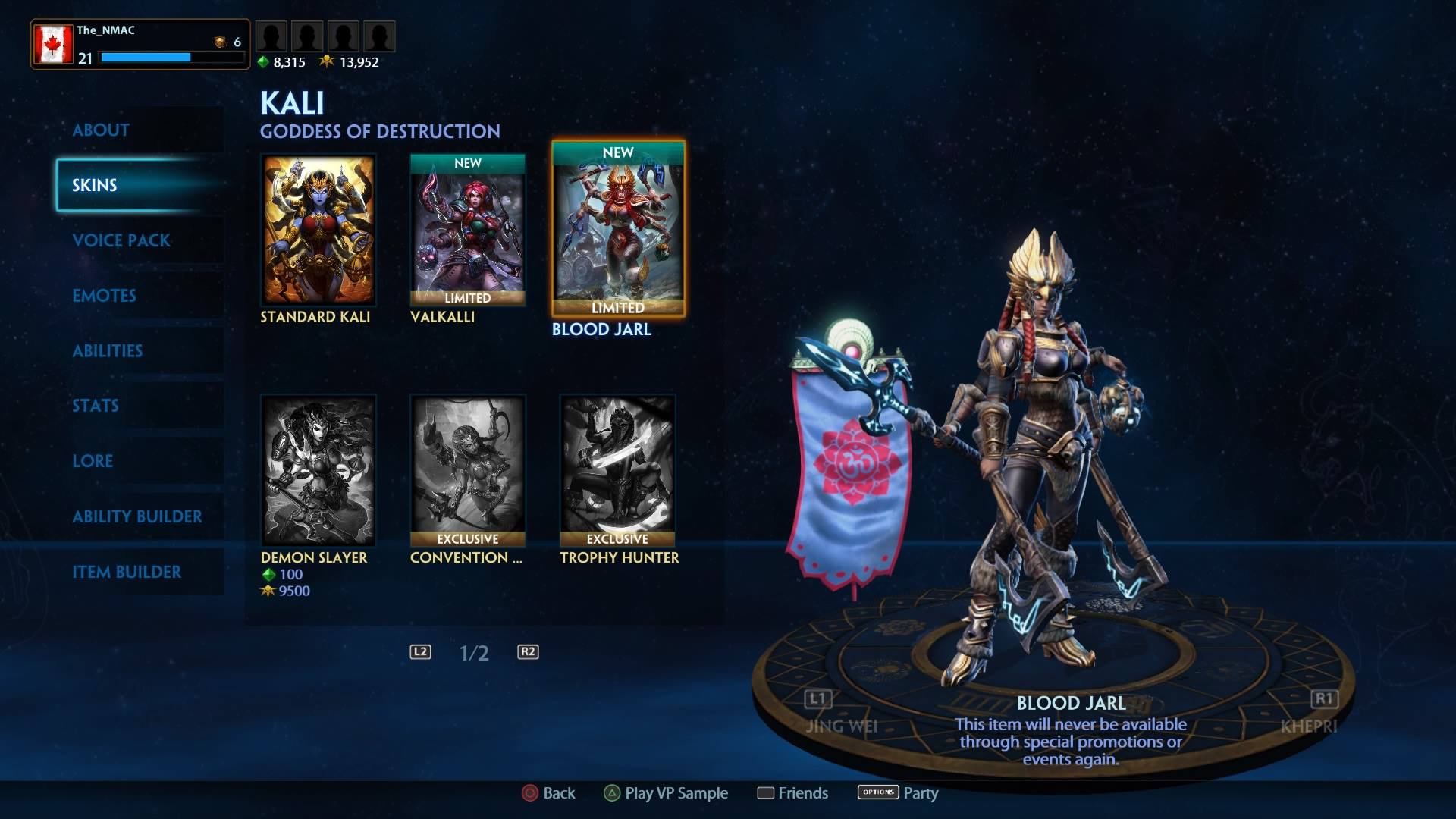 Overall I really liked the new Viking-themed update! I got a bunch of new items to help personalize my character when going into battle, and at the same time unlocked some new skins for characters I hadn’t used a lot, giving me a chance to experiment with them. This one is definitely worth the 900 gems they are asking for as you get some great goods, and have some fun with the new quests. 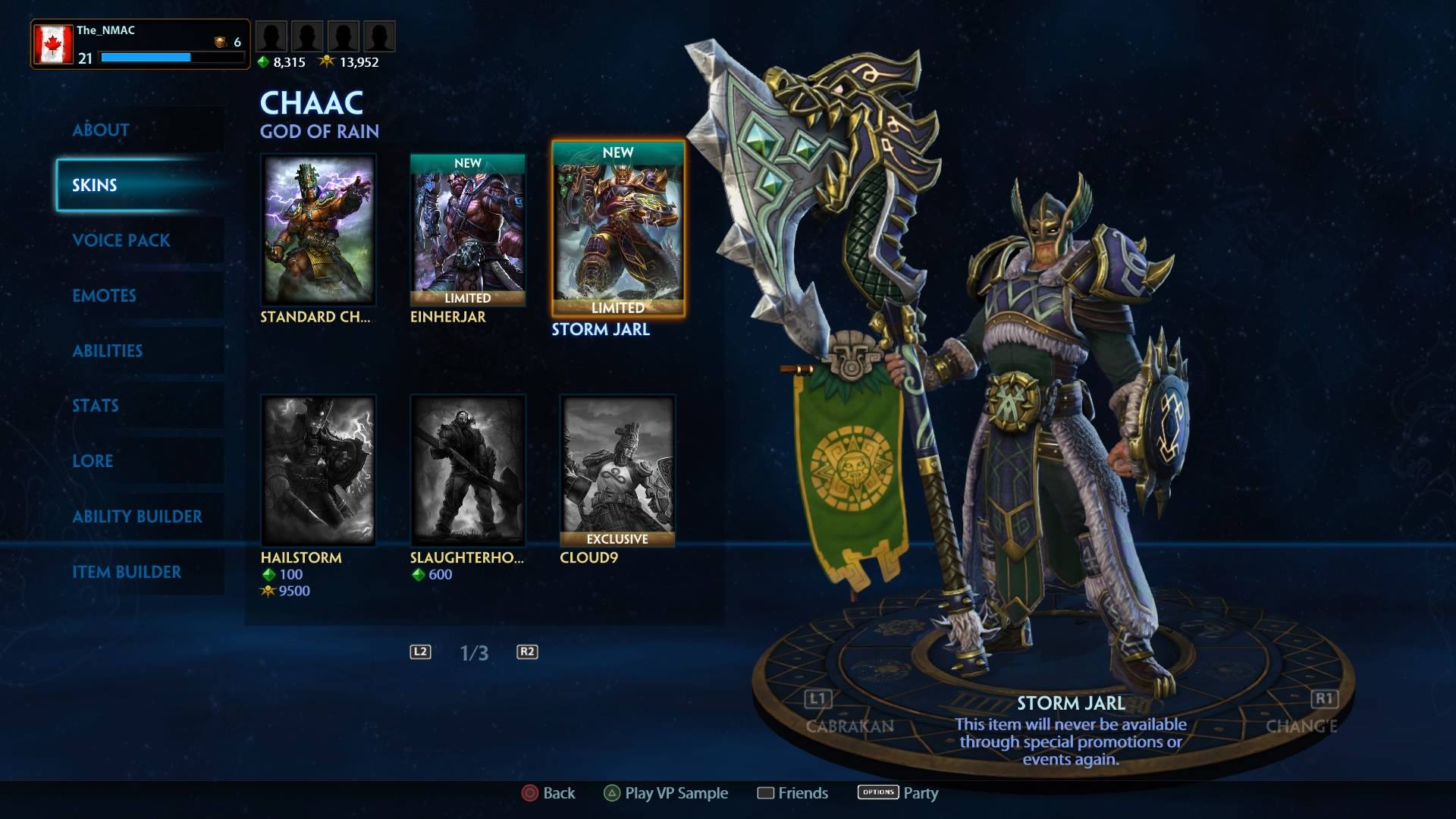 Even though the 3.9 update is very recent, version 3.10 stealthily released yesterday. This is a big update with a new god – Fafnir – and it finally adds clans to the PlayStation 4 version. Look for a full update on that patch along with my impressions from clans and the new God soon.