The new SMITE update is here! We’re now up to version 3.10 which brings us Fafnir, Lord of Glittering Gold, as well as some other changes and extras. Come check out why this new update is a good update!


3.10 is a doozy of an update. First up is Fafnir, Lord of Glittering Gold, the new combatant we’re getting. Fafnir is a really cool character that has some awesome moves – his ultimate turns him into a dragon on the battlefield changing your regular moves on the battlefield.

His passive ability has him gaining extra gold for each minion and tower kill. On top of that, the more gold he has, the more protected he is – a really cool ability, but you need to choose whether having extra items or extra protection is more important to you. 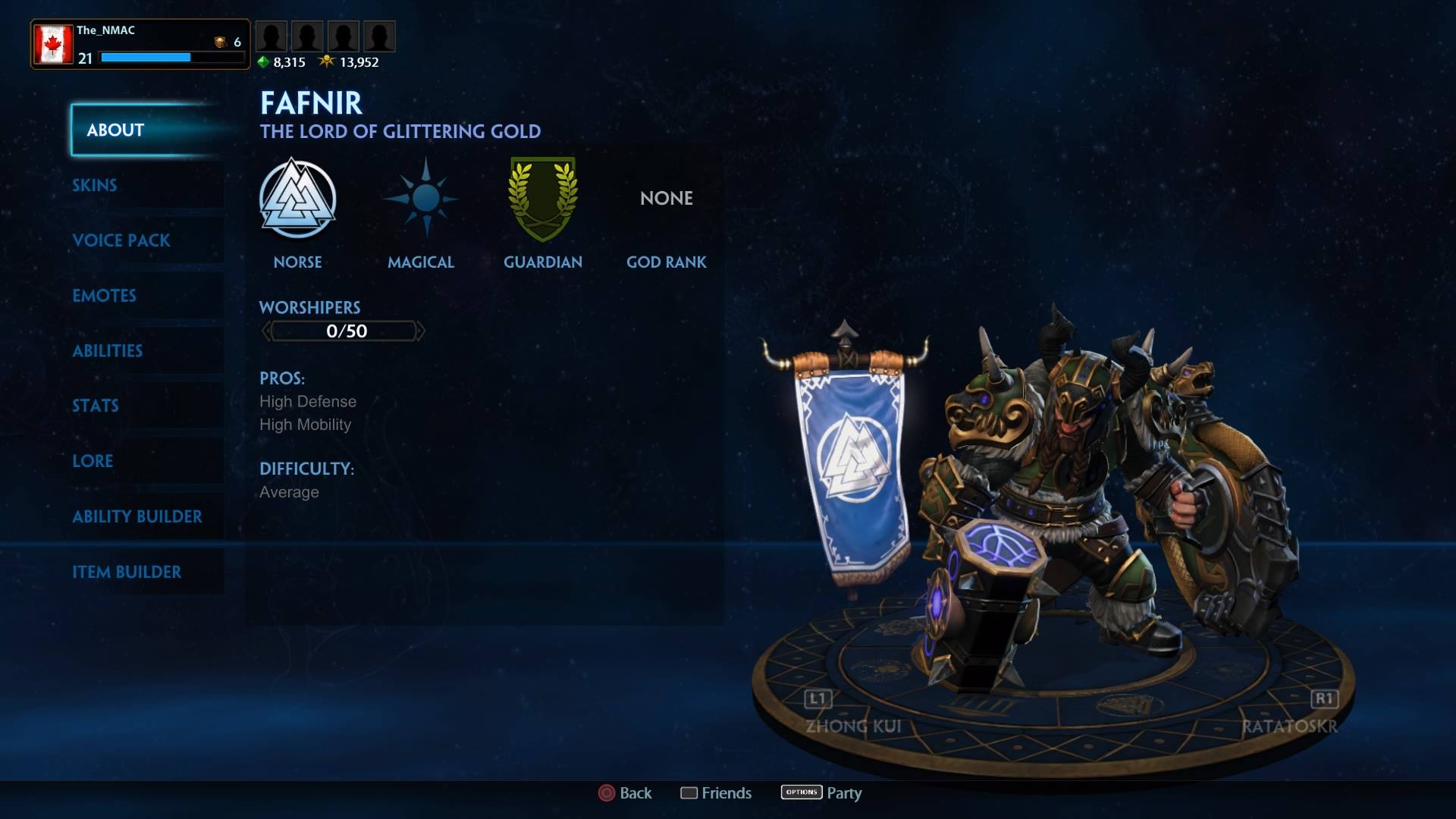 Next up is the new feature that all console players have been waiting for… clans! Finally, you and your friends can easily play together, and you can see who’s online much easier. Your clans also gain levels as you play and your Gods gain mastery levels. Nice to see this finally added!

Also, you gain a Clan Store once your clan reaches Level 3, and it has some really cool shadow skins you can purchase. Good incentive to work as a team and encourage frequent play. 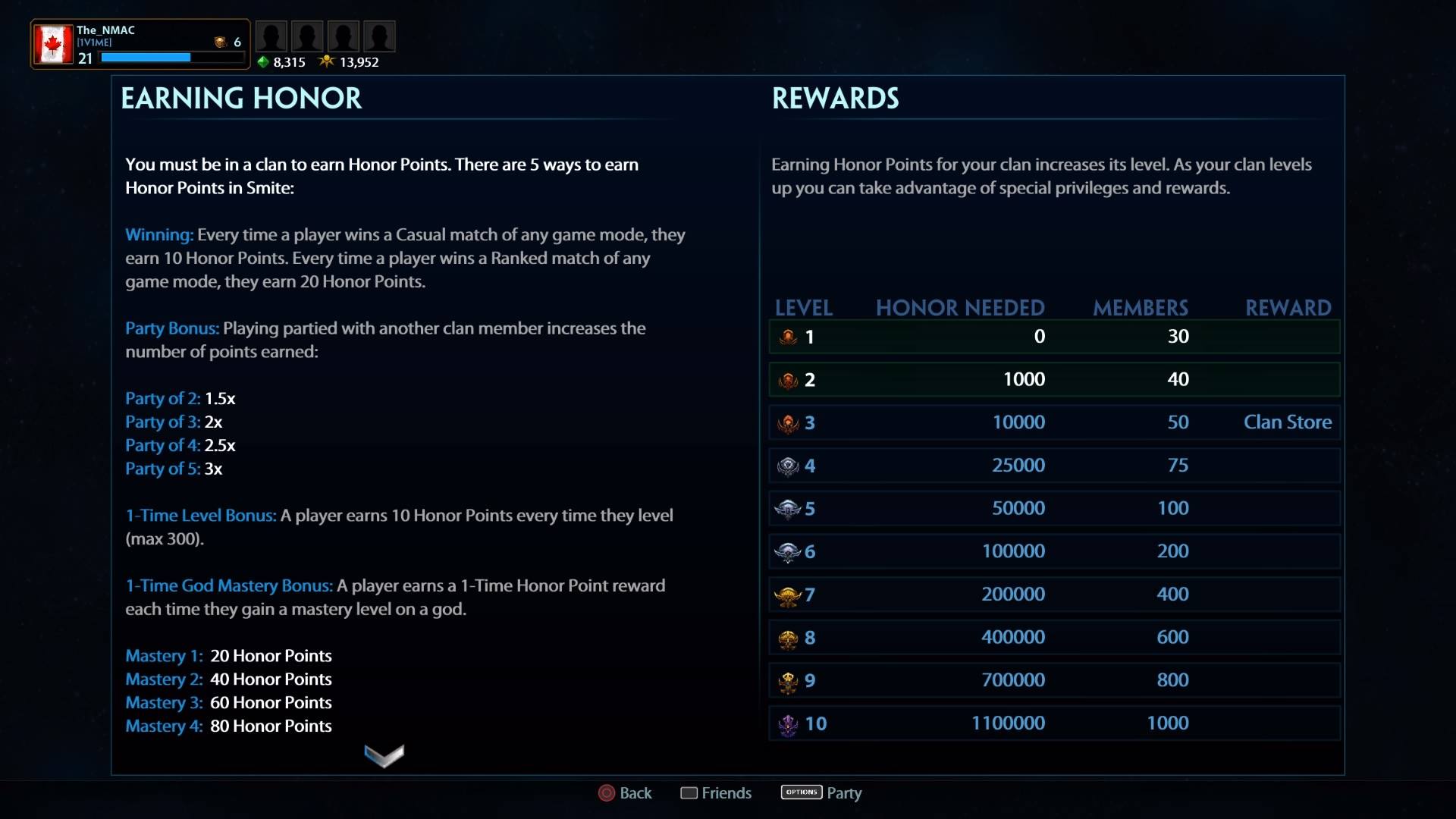 The last major change was modifying the online store to have a much more user-friendly interface. This really makes it easier to view new skins and other items that have been added to the game, bringing it more in line with the PC store, probably allowing for easier updates down the line. 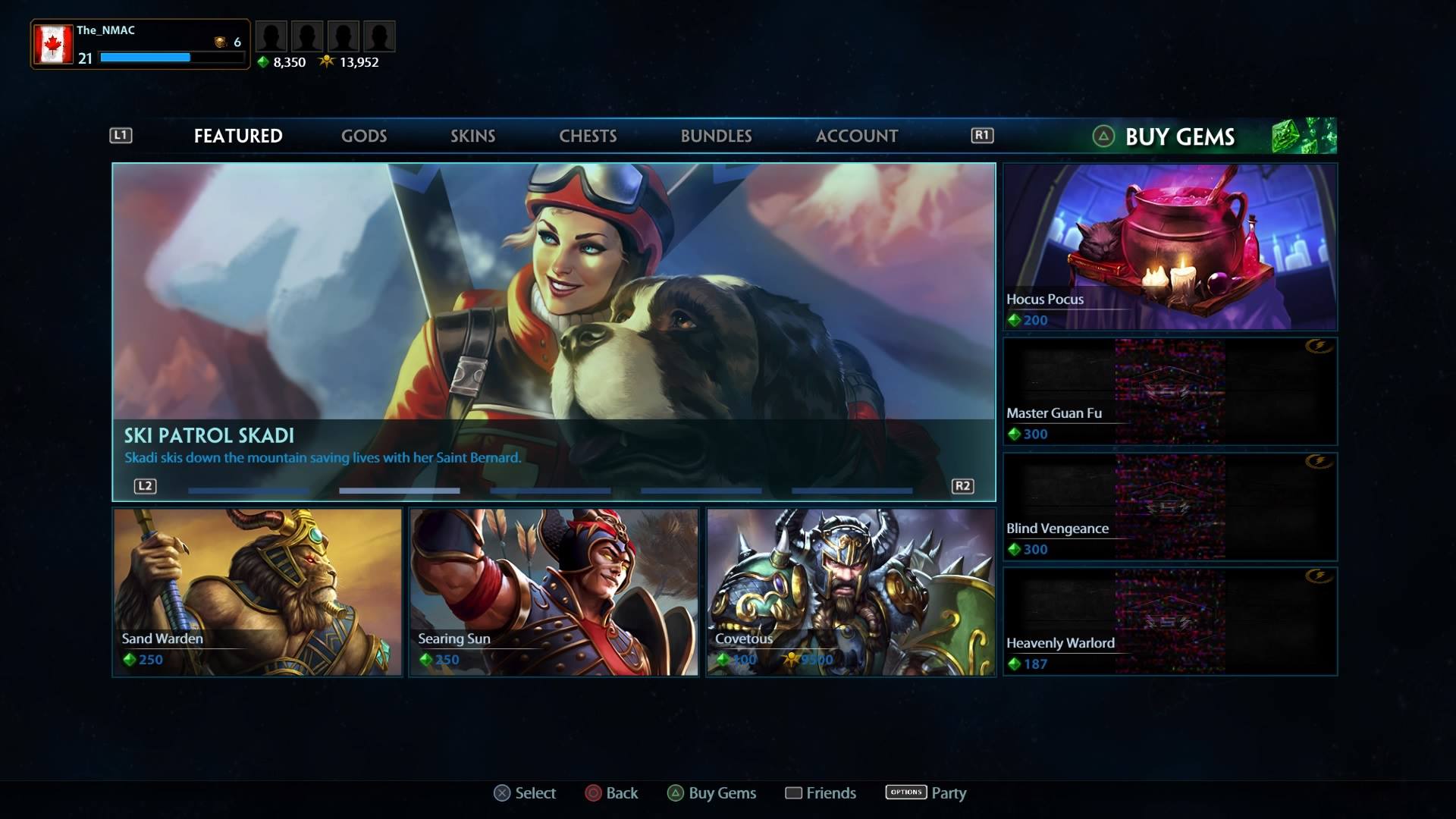 Most of the other changes are small rebalancing for certain Gods and items. You can read the notes about the update right here.

Notes are already up for the next update for PC: Expelled From Hel. Once we learn more about how it will be implemente on PS4, I will be making another update.