We’re currently playing Steredenn for a review here at PS4blog.net so we decided to talk with indie developer Pixelnest about the game’s development.

PS4Blog: Hi! Thank you for joining us at PS4blog.net. Could you please tell our readers a bit about yourself and your role at Pixelnest?


PS4B: You’re here today to talk about Steredemn, a game that is now available on PlayStation 4. You’re calling it a roguelike-shmup, and I definitely want to hear you elaborate on that.

We took the concept of the “1 credit” game (finishing an arcade game without dying) and added some modern mechanics.

So players will die (a lot), retry and find a new level, new weapons (like a giant driller, a new super laser, and many surprises), new enemies and some bosses even change their patterns. You can’t learn the levels, so you need to learn the attacks and adapt to every new situation.

We packed the concept in a fast-paced and nervous gameplay, added some juicy effects and we’re very happy with the result. 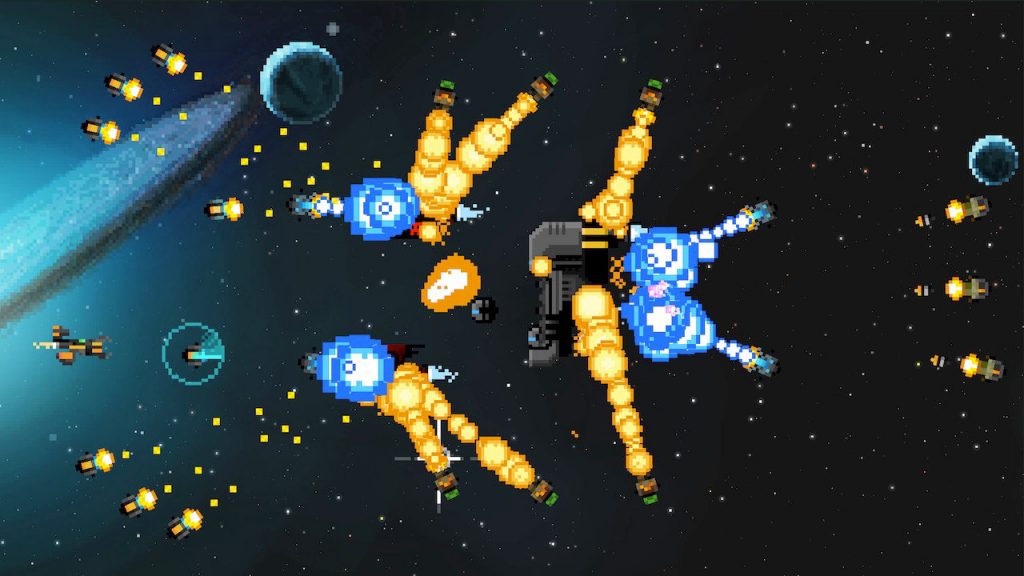 PS4B: How long did it take the team to take Steredenn from concept to final release?

Steredenn was planned as a 3-months mobile project! We were totally wrong: 2 years later, we’re still working on it. It took us 18 months for the PC release, and few months more for the PlayStation 4 version. We had to cut some features but in the end we have way more content than we originally designed. 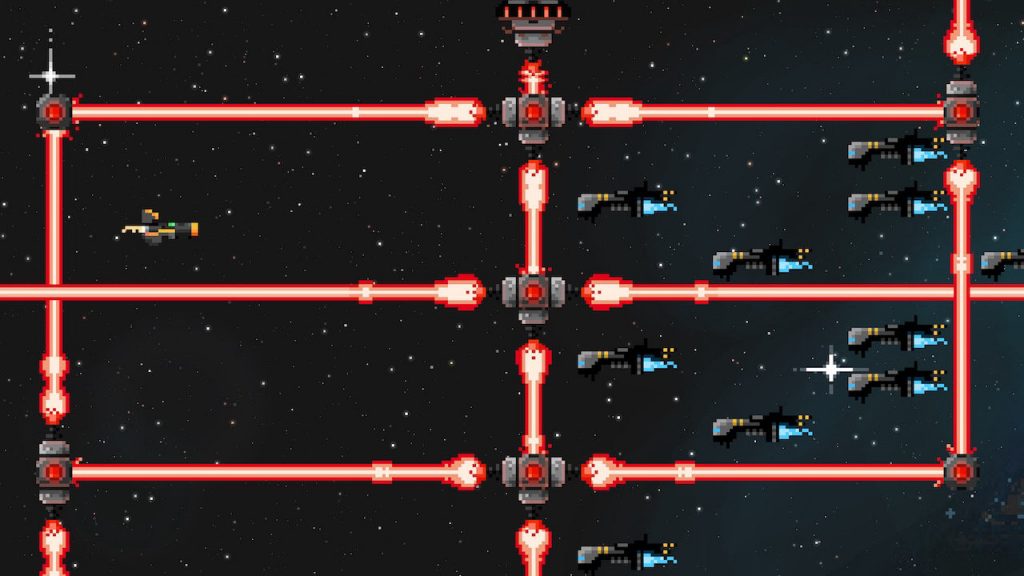 PS4B: Due to the game’s nature, there’s plenty of replay value between all its available modes, but considering one of the game’s trophies asks players to complete the game for the first time, there’s definitely a “beginning and an end” for a single run. On that note, how much time would it take someone to finish the game?

Yes, there is a beginning and an end. The game restarts when you destroy the last boss, but it’s already a great challenge to get there.

A perfect run (from the menu to the last boss) is about 45 minutes – mind you, that’s 45 very intense minutes without checkpoints.

We estimate it might take between 6 and 10 hours to most players to see the end, depending on their ability to learn the attacks and dodge all the bullets. 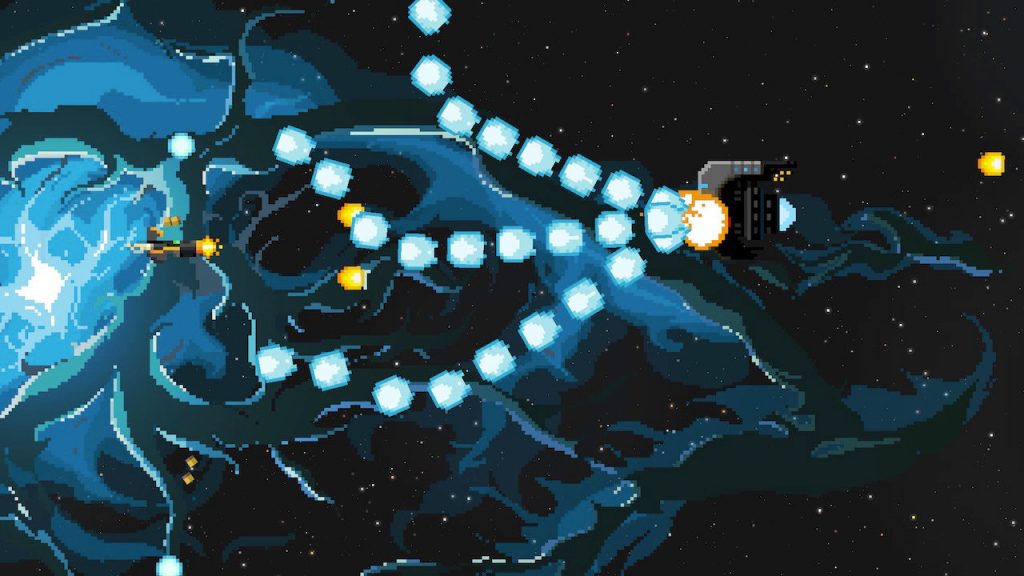 PS4B: Are you considering working on extra content for the game you can release as DLC or is the studio currently working on a new project?

Rhe PlayStation 4 version has some new content that was not in the original PC release. We consider the game finished, but we still have ideas for the game.

For now our future plans are not totally clear. We will decide this summer what we do next. The development was quite exhausting, so we need some time off. 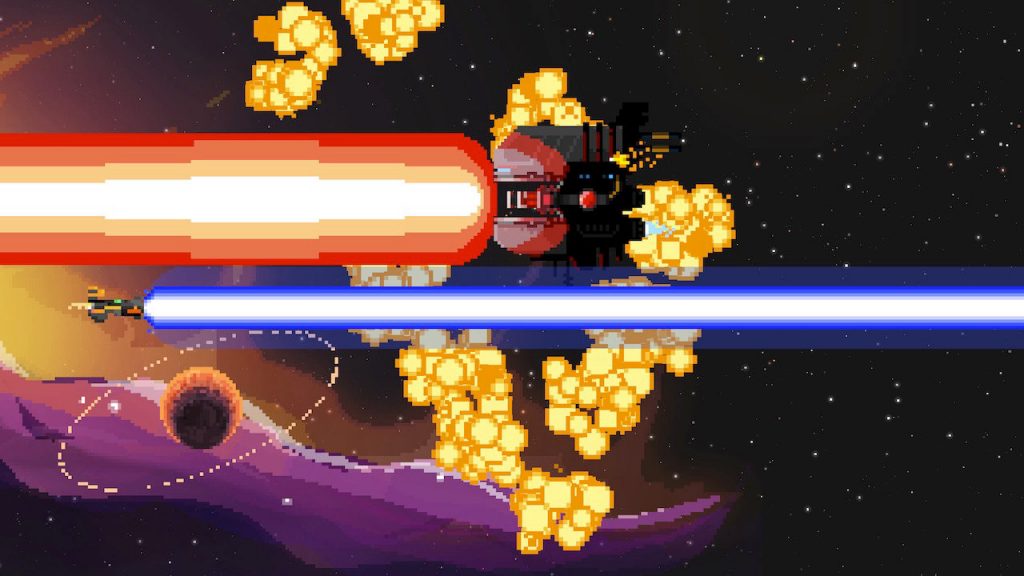 Thanks a lot for the interview. We hope people you will enjoy Steredenn! 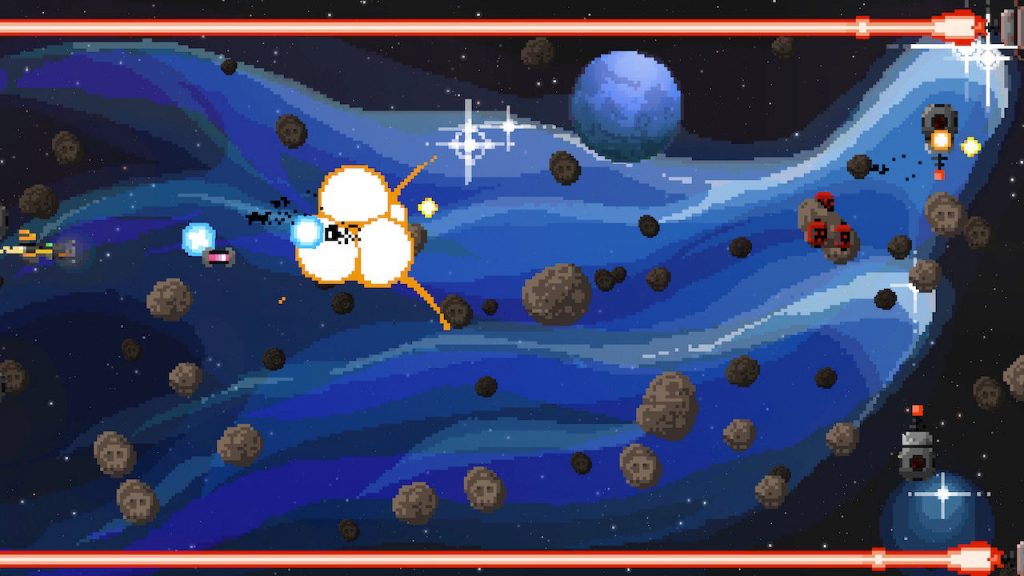