Kick & Fennick was originally released for the Playstation Vita back in 2015. It was a cute little platformer, and now more than a year on Kick & Fennick has jumped to the PS4. How does the gameplay on the PS4? Come read our Kick & Fennick Review to find out!


You play as a young boy called Kick who wakes up in a dangerous – but bright and colorful – world. Along with Kick is his trusty companion Fennick – Fennick saves Kick from trouble from time to time. Kick notices that Fennick’s energy core is damaged and together they embark on a quest to the core tower to search for a new energy core for Fennick. 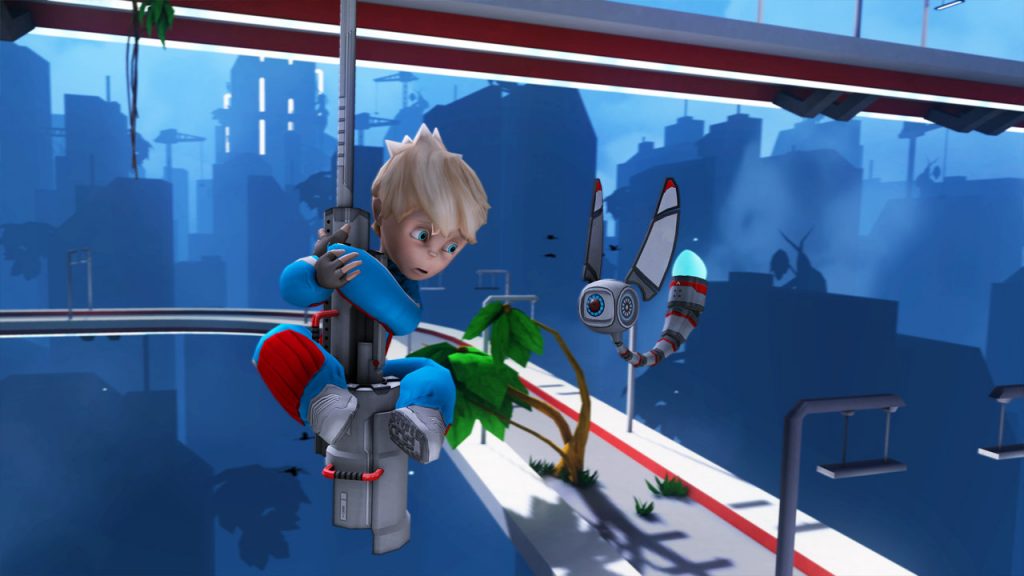 Kick has a pretty big gun for such a small boy, and he can use it to shoot his enemies and to make some pretty big jumps. During Kick & Fennick’s 40+ levels, you will encounter all kinds of obstacles that will get in the way such as massive gaps for which you need to use Kick’s recoil, as well as treadmills, bouncy pads, deadly pits and more. Kick’s giant gun is no ordinary gun: it is a huge plasma rifle that is capable of dispatching any enemies who get in the way, and for the platforming side of things you have to aim on the opposite side of where you want to go in order to get a big recoil which can basically help you make two big jumps. 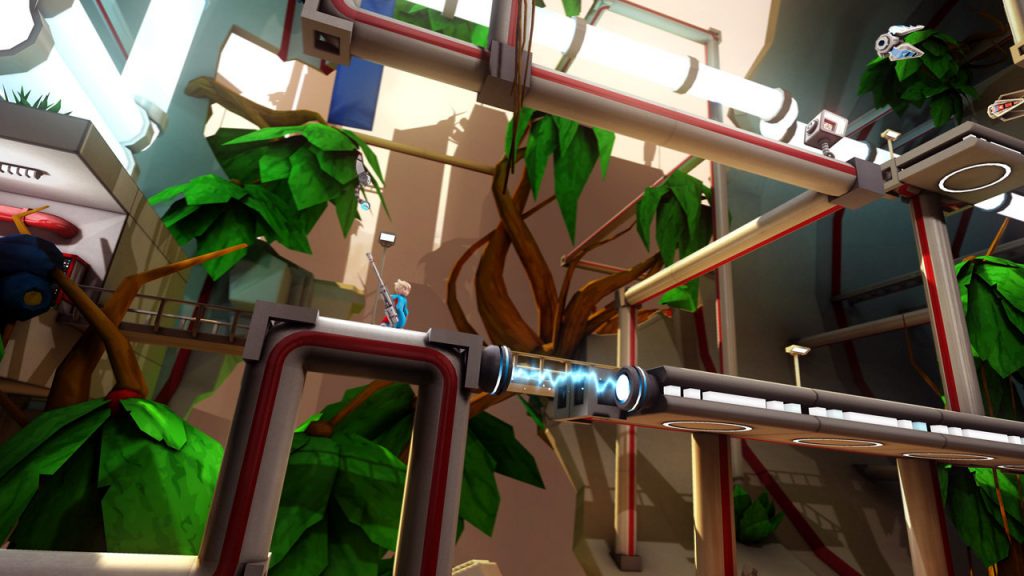 The best mechanic is that time slows down a little bit while you make some aim correction which it is pretty handy in a pinch because some platforming requires well-timed recoils. I’d recommend practicing a bit in the early parts of the game before moving on so that you have a good grasp of how to aim your shots. 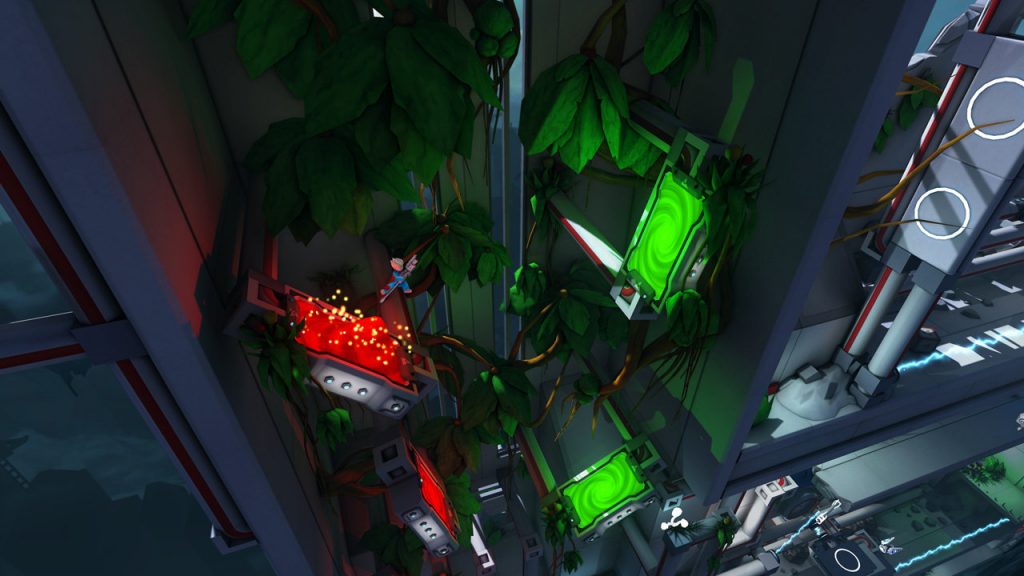 As Fun as Kick & Fennick is, some sections can be a little frustrating since if you die you have to start over again. Thankfully all is not lost there are plenty of health orbs scattered around the levels, so dying is not a regular occurrence. Apart from the odd annoying level or two, the game is very relaxed and fun to enjoy. 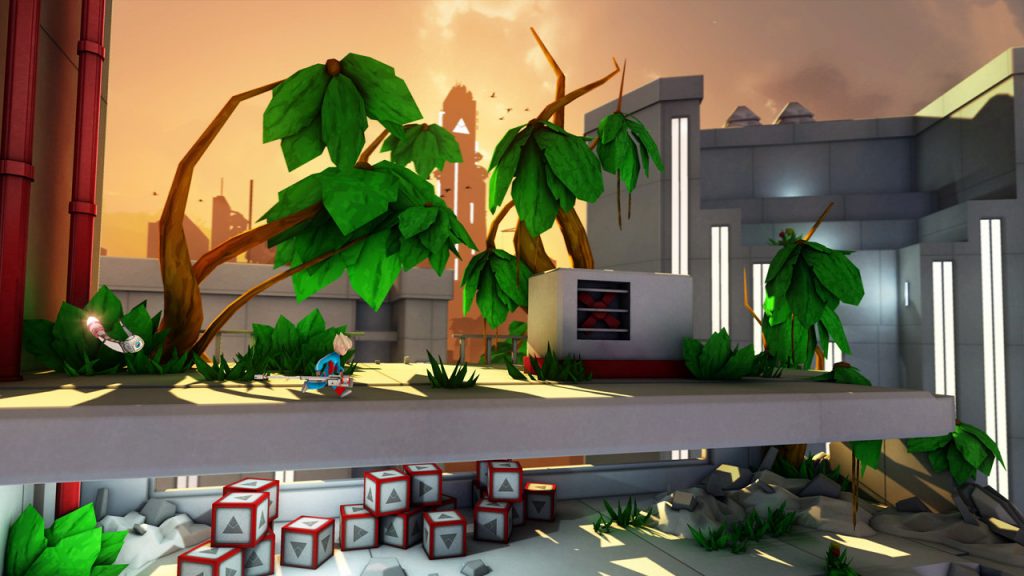 As I mentioned, the game has over 40 levels spread across five chapters, with each chapter ending in a boss fight. Each boss at the end of the chapter will provide you with a good challenge since some clever tactics will be required to succeed. 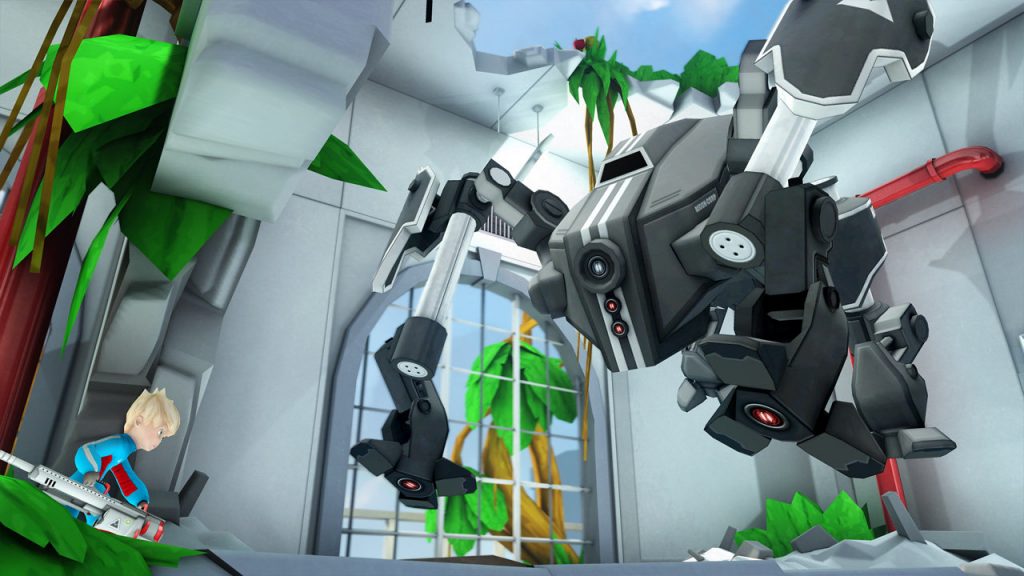 The game, depending on your platforming skills, is about 6-7 hours long. I had a lot of fun working on this Kick & Fennick Review since the game is quite charming, and the controls work much better on the PS4 than it did on the PS Vita, so from my own personal experience, I think Kick & Fennick is a better game now that it’s out on PS4. 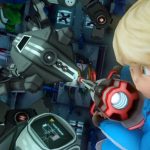