Fenix Furia was originally known as Fenix Rage, but the game’s name had to be changed for some reason. This is a retro style 2D challenging platformer that is easy to learn but tough to master. The controls of the game are extremely simple: move, dash and jump. After Fenix’s village was destroyed by a huge explosion, he sets out on a perilous journey to track town the evil shadowy villain to finish him off for good.

Before you get started with the game, you should know you can play in easy mode, where you get a couple of chances before you have to repeat the whole level again, or on standard mode, where it’s one hit and right back to the start. For this PS4 release, the difficulty spike has been reduced slightly to make the game a bit more accessible, and there’s a split-screen mode available for a bit of couch co-op. Also new is Undead Fenix, a new playable character in two player couch co-op. 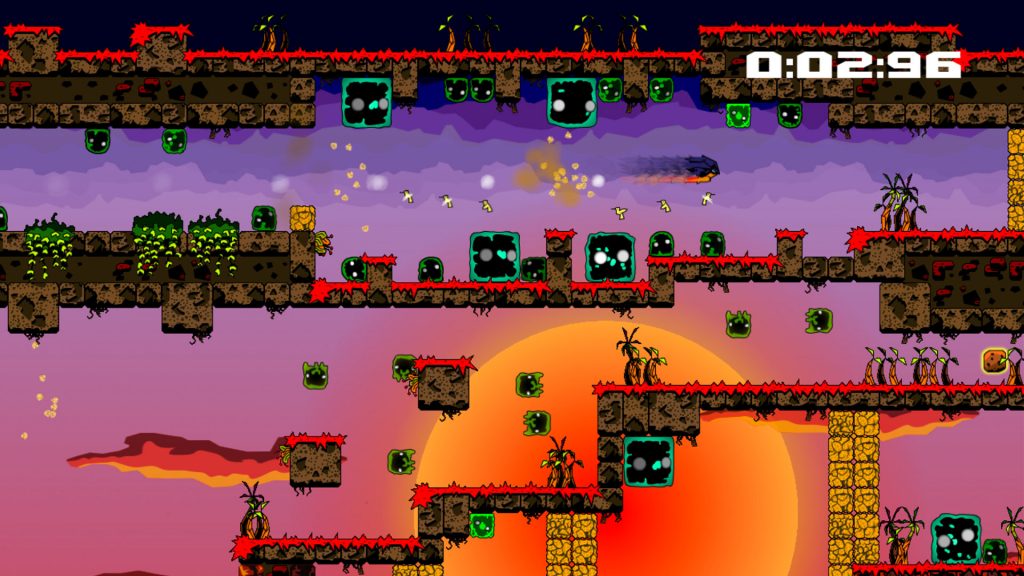 I figured I should start playing Fenix Furia in standard mode, and after playing a handful of levels, I thought I was up for the challenge, but then the difficulty spike kicked in and I realized I had to jump down to easy mode to enjoy the game. After this, I was able to complete a whole world in one go as I collected the golden cookie to get to the exit.

The best gameplay mechanic for Fenix Furia is the ability to be able to jump continuously almost as if you are flying by button mashing the jump button – this is pretty handy to have, especially when you have a whole row of enemies you need to avoid. But getting the golden cookie on every level is where the challenge lies, it often wedged between enemies or over huge gaps that are impossible to clear without button mashing the jump button with perfect timing. There’s a rhythm to it and finding it for each level is part of the equation. 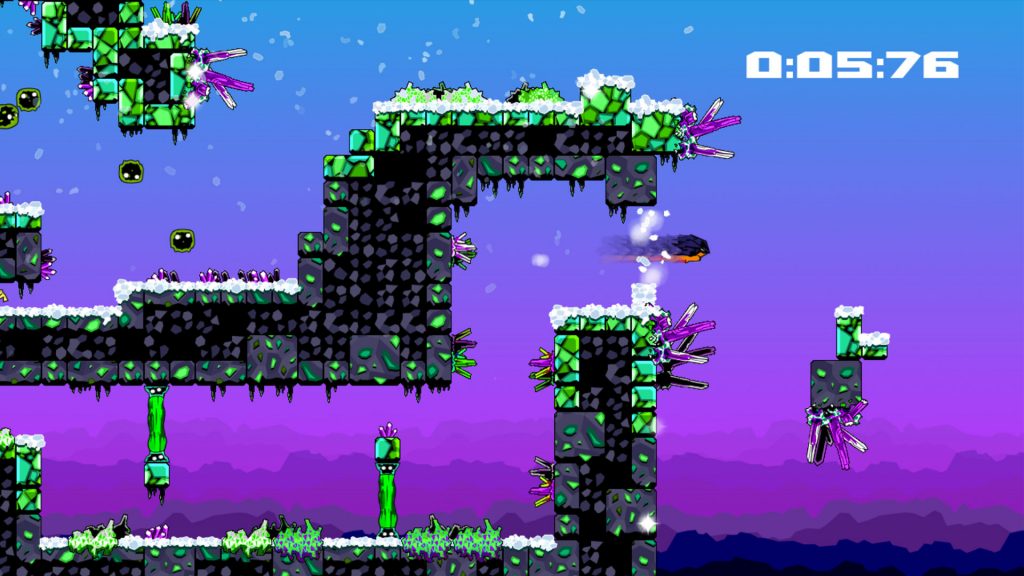 The game has many worlds to play with 20 levels in each, and at the end of each world you’ll find a boss to beat… and boy they are tough! Even on easy with only two chances I was definitely challenged by the bosses, so you can imagine how things would go in standard mode where one hit means you’re done!

The graphics are well polished, and I absolutely adored the art style. The simple move, dash, jump control scheme is perfect and works well. The music compliments the action and keeps you going, and the level design is tight and shows that a lot of thought went into each one. 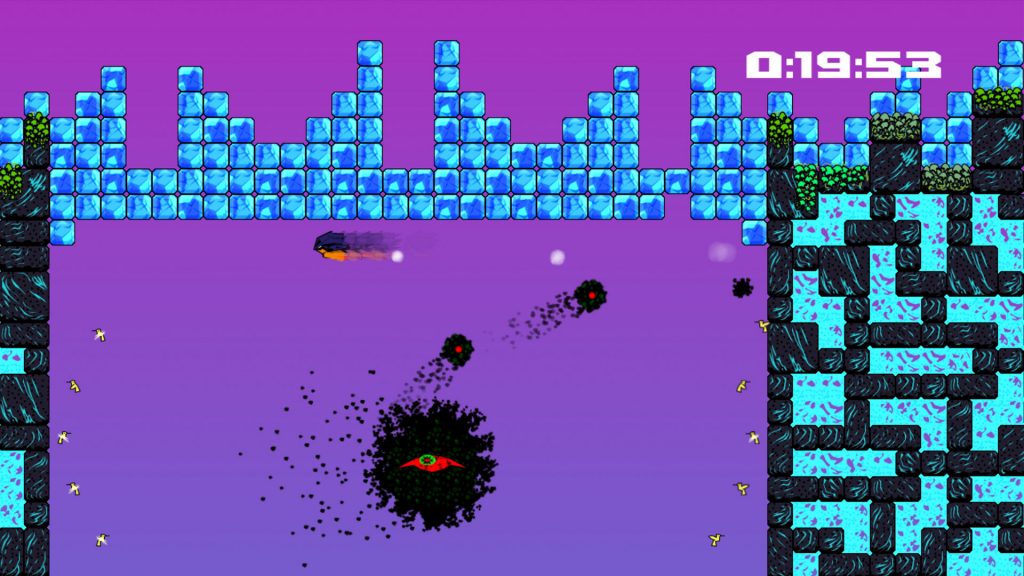 Fenix Furia is up there with the tough platformers such as Super MeatBoy, so if that seems like your type of thing then you are going to love this game. The new easy mode opens the door for players of all skill levels to take a shot at completing the game, but I would still suggest that you have a spare controller ready…..you know, just in case! 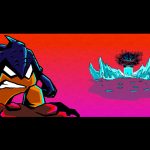