After your plane crashes, you find yourself waking up in an unknown location, trapped in a strange building that seems to be empty. You quickly realize you’re in a dungeon, and a stranger appears in front of you – he tells you to head north. You soon realize you were being set up, and the stranger just sent you straight into a trap. Thankfully, a Vessel called Riu Tskisada comes to your rescue and together you face off against an enormous snake-like monster. After you win the battle, Riu tells you that you are a Stranger, a special one in this bizarre world. You go with her to Sword City and, where you’ll try and figure out how to find your way back home. 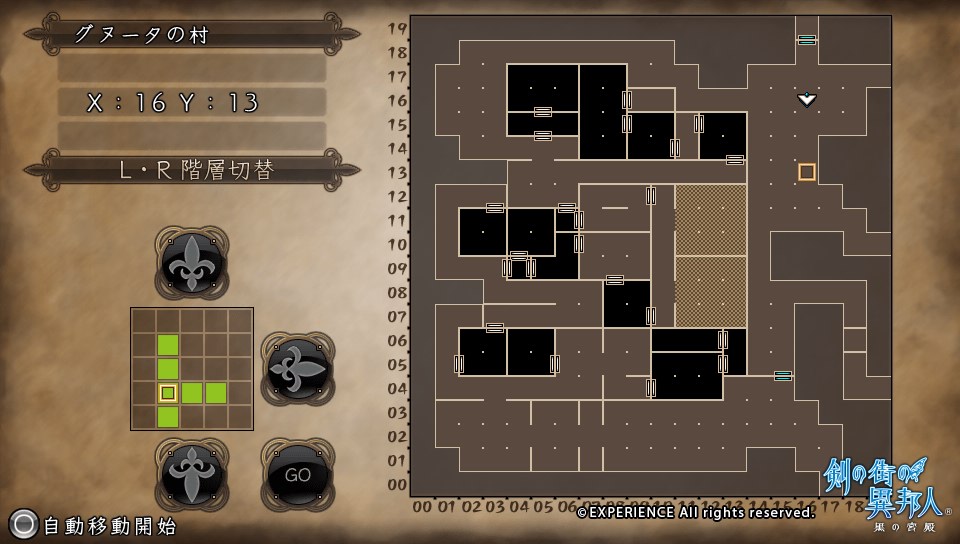 The game goes into extensive detail about how to play, what your goal will be and so on, and it really is a lot to take in! The best thing to do is play the game and learn as you go. You have various characters explaining things, and you will spend around 40 minutes (give or take) learning new stuff unless you, of course, decide to skip everything. After the text-heavy tutorial, you go to your first tutorial dungeon, where you learn how to hide, disarm traps, battle and much more. Now I will be discussing the most important mechanics in the game.

At the start of the game, you can create your character, pick male or female and choose a class and your character’s age. Age is very important in this game because the older the character is, the fewer hit points you get, but the higher your stats are. The opposite happens for younger characters who get more hit points but with weaker stats. You can also roll a dice for extra bonus points to allocate to your stats, so keep rerolling until you land a high enough number to balance your character!


The ultimate goal of the Stranger’s Guild is to hunt Lineage Types, which serve as the game’s bosses – they are tough to beat, and you need to make sure you have a balanced and high-level team before tackling your first one. Defeating a Lineage Type earns you blood crystals which you give to a Vessel like Riu, as well as two other Vessels you’ll meet later, and each one will allow you to unlock a Divinity Skill. Divinity skills are mostly enhancement skills, but there are other skills you can learn such as flash which guarantee you a 100% chance of escaping battles. There are many blood crystals you can collect to fill out your divinity skill tree. Word of warning, though: leaving a blood crystal behind will make the Lineage Type rise from the dead – collecting the blood crystals means a permanent death. Lineage Types are the core of the game, but you can’t just go out and seek them out: you have to do your homework, listen to any rumors and complete quests. 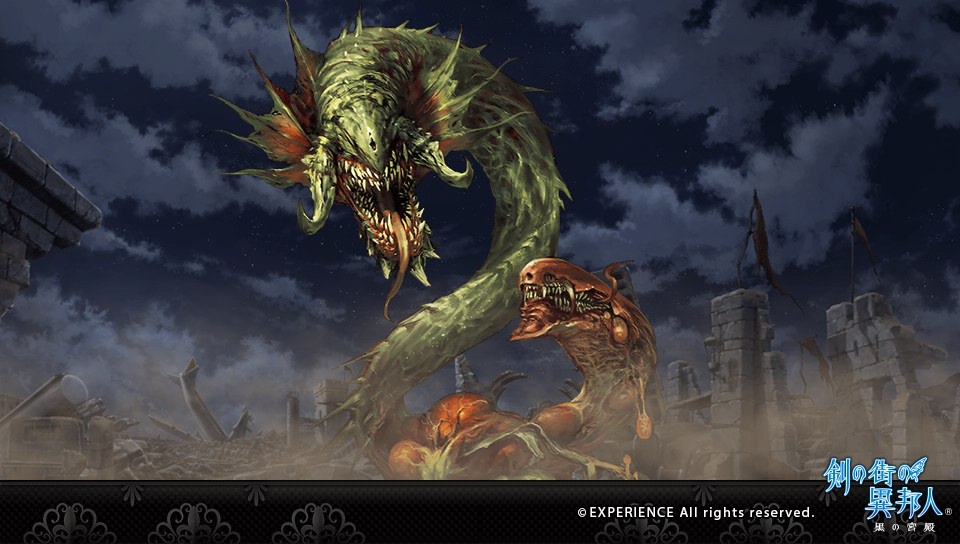 There are many things you can do within the Stranger’s Guild. You can buy or sell your junk, old weapons, and armor. If a party member dies during battle, you can revive them here as well, and there are two ways of reviving: one is simply called revive and will take over a day to complete but is free, but you’ll have one less party member. If you can afford it, you can do an Instant Revive, which is very expensive, and you definitely won’t be able to afford it early in the game. This mechanic allows the enemies pick of your entire team one by one as the party as a whole grows weaker, so be sure to have an extra character or two properly leveled up so that you can have a backup to take the place of the party member who is being revived. The other things you can do at the guild is to speak to everybody and listen to any rumors they may have about Lineage Types – it may lead to a clue of their locations. I suggest you do this as often as you possibly can! 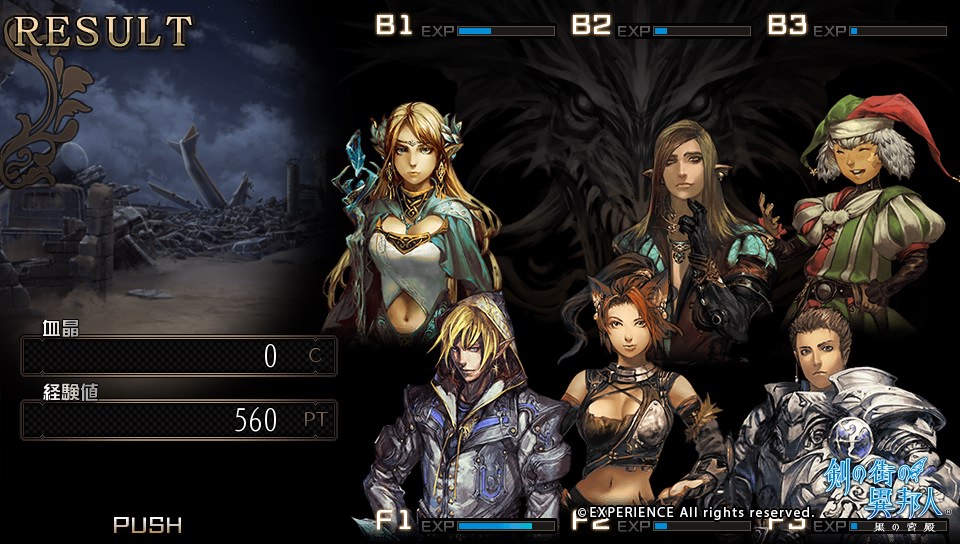 One of the best mechanics in the game is Ambush – my favorite part in the game. Lying in wait and pouncing on enemies for the best loot available is a great way to speed up your progress. Your starting weapons are pretty rubbish, and you need better weapons and armor to survive, and this makes Ambush the best method for securing them. To find the best place for Ambush your Dancer will alert you when something peculiar is noticed in a location, after which you can press X to investigate. Once this is done the area on tour map will turn a sandy color, indicating it is a perfect Ambush spot. It will cost you five morale points to Ambush, and you can recover the points by winning battles.yYou can ambush again in the same area as many times as you like, but the price of the Ambush goes up, so make sure you have enough morale points at all times! When you hide, the screen will turn a greenish/blue color and an enemy to ambush will appear in a few seconds. 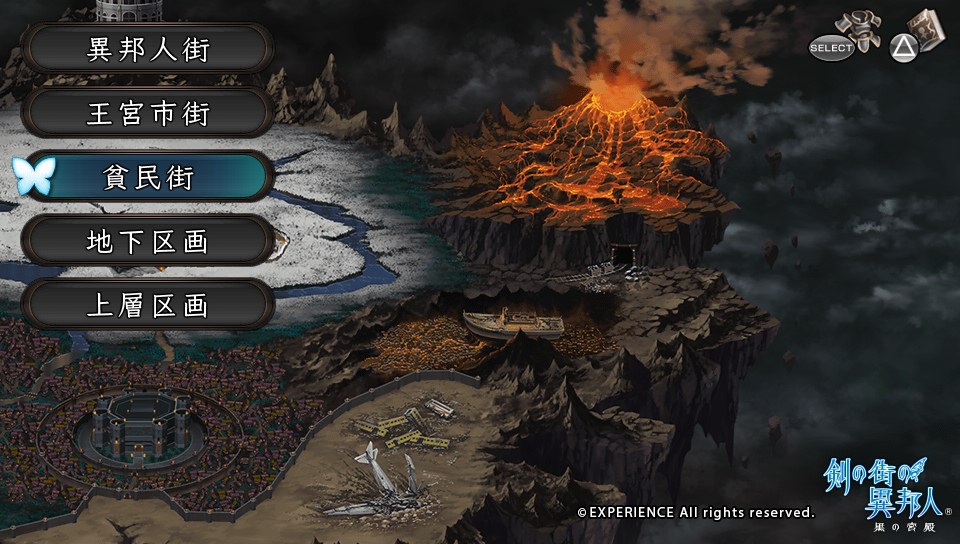 Ambush is not the only battle system available. As you explore labyrinths, you will encounter random battles as well, and like the Ambush battle system, the random encounters are also turn-based. Your team and your enemies take turns, choose your team’s defense, attacks and magic abilities, and then you can either choose the fast action option, which allows you to skip the attack animations sequences, or select apply to allow you to see all the attack animations. As you continue to explore a labyrinth, you will see orange flame-like spots scattered around the map. Some of these can be avoided if you don’t feel ready, but some won’t give you said option and will pretty much be mandatory to proceed – sometimes the only way forward is to fight. 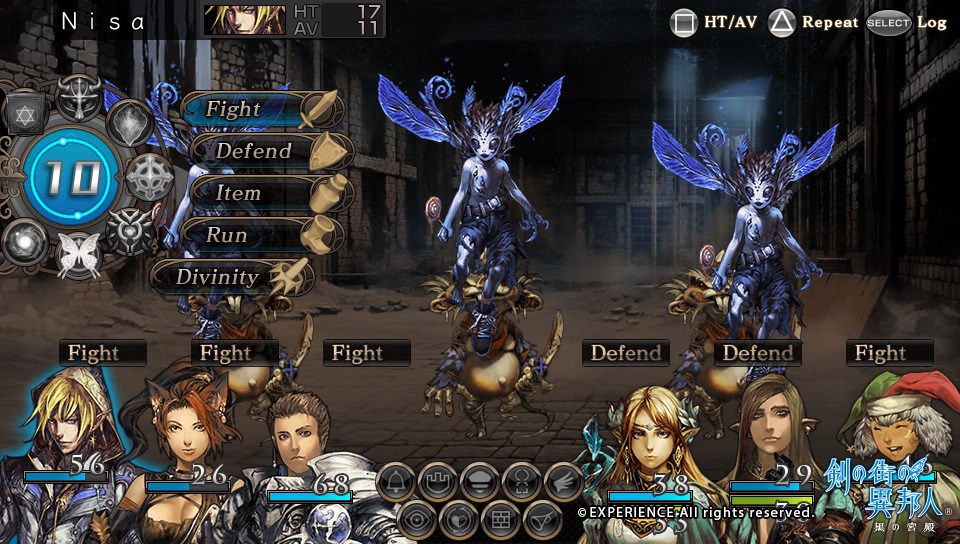 Stranger in Sword City is a truly fantastic dungeon crawler. I suggest having a look at the game since it’s very fun and there is plenty to do for dozens of hours. The game is quite challenging, and the roguelike elements are not quite as punishing as some other games in the genre. The atmosphere of the game is quite dark yet vibrant, keeping you going until the end. This is an excellent PlayStation Vita game, and I’m sure you will agree after reading my Stranger of Sword City review!

This review is based on an European PS Vita copy of Stranger of Sword City provided by NIS America. 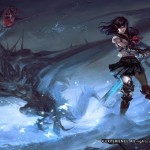