Trillion: God of Destruction on PlayStation Vita is an interesting game with a twist. All you need to do to win is defeat a single boss. Yes, you read that right. One boss is all that stands between you and victory! But there’s one small catch: Trillion, as its name states, has 1,000,000,000,000 hit points!


You play as the Great Demon Lord Zeabolos, overlord of the Underworld. He became the ruler of the underworld after defeating the Heaven’s mightiest in the previous war. But since then peace has been rocked once again when a new threat has appeared and is far far greater than the enemies of heaven he had faced. That threat is Trillion: God of Destruction.

At the beginning of the game, Lord Zeabolos tries to take on Trillion but dies in the process. He is saved by a mysterious girl called Faust who promises Zeabolos that she will help him defeat Trillion. There is a catch, however: she will help him in exchange for his soul. Zeabolos does actually agree to this, but after this agreement is reached he out finds he can no longer fight, and instead he must send female members to fight and to use his powers to succeed. 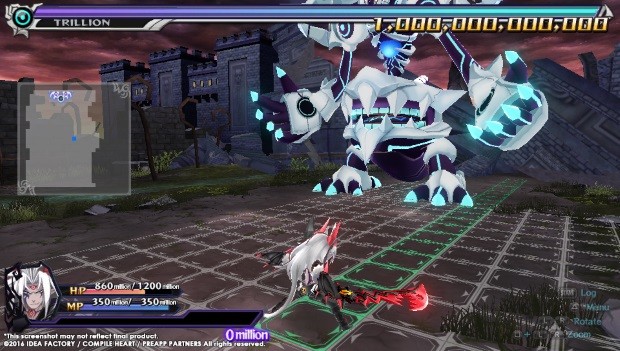 You will not be able to just to dive in and try and defeat Trillion from the start. It will take many tries and you will spend the majority of the game making Zeabolos’s six of the highest ranked subordinates the Demon Lord. Each one carries one of the six deadly sins. Faust creates a ring for them so they can draw power from Zeabolos soul – oh, and each fight against Trillion must be one on one.


The gameplay is immensely fun. To get stronger you have a set number of days before Trillion wakes up, so you have to use the hibernation time wisely and train your overlord. Once you get enough tokens you’ll be able to visit the Valley of swords, which I recommend you try and visit at least twice a week – it is a roguelike dungeon with a random layout, and completing it will earn you various spoils to aid you. You can do up to 120 moves or actions per visit, but, like I aid, you’ll need to spend five tokens (medals) to get in.

In training mode, you can earn EXP so you can increase your character’s parameters such as strength, attack, defense and so on. There are different training activities, so you will need to be careful about which stats you want to increase since each activity focuses on a particular set. The training activities are Fury Impact, Concentration, Infinite Imbuing, Flame Dodge, Asura Training, and Blade Dance. There are four outcomes for each the training session: Excellent, Great, Good or Poor. The better your performance (which is calculated automatically), the better your boost, and the 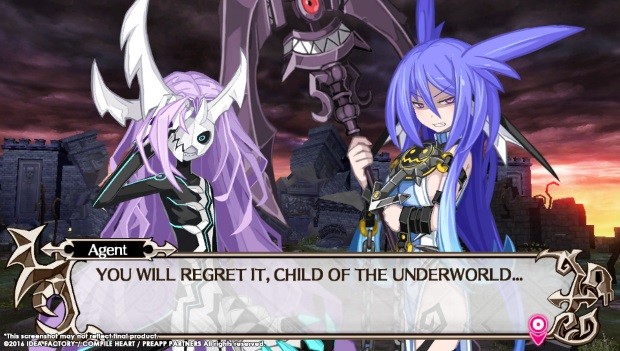 So the best results will come from gaining Excellent or great, and you will earn medals for the Valley of Swords mode. Getting excellent a few times in a row will trigger Fever Time, which grants you Excellent results for seven days straight. Results are affected by how tired your Overlord is, so do keep an eye on your fatigue meter! When the meter starts to turn yellow, you should consider sleeping or taking a potion to reduce your fatigue level. Getting too tired or being injured will cost you three days away from training, so it is vital you keep an eye on the fatigue level.


During the story campaign, certain events will occur depending on your affection level. Events can also occur during training or when sleeping. These events will have you make decisions that will have an effect on the ending of the game – and yes, the game has many endings! For a Platinum run you will need to make a note of choices you made during the game and select the other in a second – and possibly a third -playthrough for trophy clean up. Also, some events will also give you new skills to use in battle – some will be standard while others will be rare and powerful. 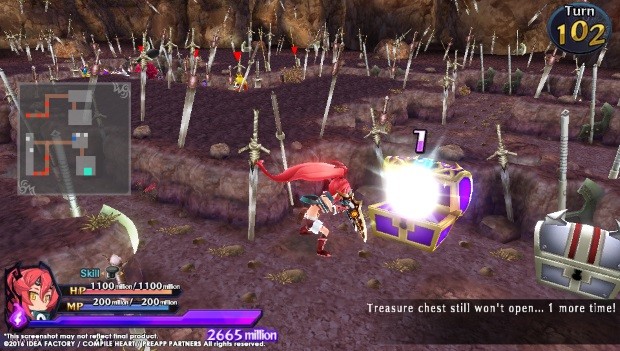 Accessing the Blacksmith allows you to strengthen your weapons and add magic seals to them – the magic seals you can randomly find in Valley Of Swords Dungeons. Strengthening allows you to increase the attack points caused by your weapon, but there is a cap on how much you can strengthen your weapons. Magic Seals adds special effects to your weapons. Each weapon has a set number of slots you can put seals in. The seals do have some interesting effects and can be extremely useful during your battle with Trillion.

Trillion: God Of Destruction is quite challenging, but in a fun way. The game has some roguelike elements, and you have six characters to choose from! The first three are available right away and when they are defeated then another three will become available for you. There is plenty of content and you will be entertained for many hours. The game is absolute fun. If you love the Disgaea series, then you’ll be happy to hear that some of the developers behind said franchise also had a part in the creation of this little gem. 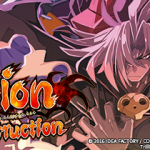 Free-To-Play Neverwinter Will Release This Summer