• HD “CANVAS” Graphics Engine – The stunning, painterly graphics return, but this time in 1080p/60fps high definition quality! Battles and cutscenes are conveyed like a vibrant tapestry in motion.

• “BLiTZ” tactical battle system – Part overhead turn-based strategy, part RPG, and part real-time 3rd person shooter, the” BLiTZ” system is an innovative mechanic that makes battles simultaneously strategic and action-packed. Players will command and control their soldiers and tanks as they take on the Empire in 30 different battlefronts.

• Memorable storyline – Set against the backdrop of a world war, Gunther, Alicia, Largo and the rest of the fierce members of Squad 7 fight for personal reasons in the name of freedom, and the hope against all odds of liberating Gallia from Empire control, all in the face of the terrible realities of war.

Valkyria Chronicles is a timeless masterpiece that hasn’t aged a single day (like, say, The Legend of Zelda: The Wind Waker), and as such, it needs to be experienced by as many people as possible. There’s a whole new generation out there who missed out on the PlayStation 3, so I’m very thankful to SEGA for working on Valkyria Chronicles so that we can today have Valkyria Chronicles Remastered on PlayStatin 4. The game is still as good as you remember it was, and it still has some of the “wrinkles” it showed back then as well. 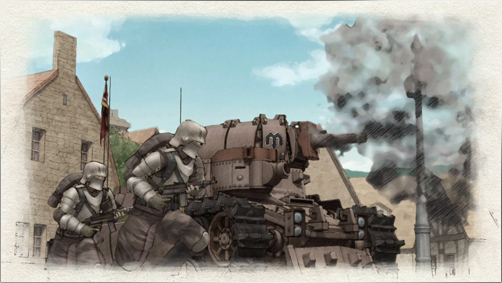 The action in Valkyria Chronicles Remastered takes place in Europa, which we could say is loosely based on Europe right around the start of World War II. Ragnite, a valuable resource in Valkyria Chronicles Remastered, triggers a large war where the East Europan Imperial Alliance, which is at war with the Atlantic Federation, decides to overcome the neutral nation of Gallia. The first few missions in the game will see you defend Gallia from the initial invasion, which is too big for the unprepared Gallians. You’ll soon find yourself as part of the Gallian militia, trying to survive the onslaught as you take on new missions to push back the opposing forces. 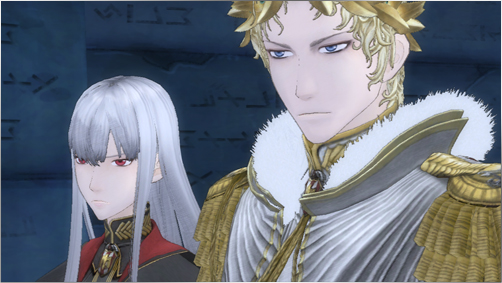 Valkyria Chronicles Remastered features a LOT of cutscenes, so if learning about the characters’ backstory is not your thing, you might feel like Valkyria Chronicles Remastered is not the game for you, but you just need to be patient because the gameplay part is genius. The game features a turn-based semi-action mode when in a battle. You first start with an overhead map view where icons represent each of your troop members as well as the opposing forces, and once you select a unit the view changes to a gorgeous 3rd person angle where you can move said character around as far as your action bar will let you, before selecting an action (such as attacking an enemy, using a healing item, throwing a grenade, or just selecting to end your turn). The twist comes from the fact that as you move, enemy units will notice you and start shooting your way! So if you’re not careful and run into an enemy-infested area, you will be dead in a blink! On the plus side, your troops will also shoot at any enemies that catch their attention, so you’ll end up balancing troop placement with advancing towards the objective for the battle so that you can destroy the opposing forces while staying alive. 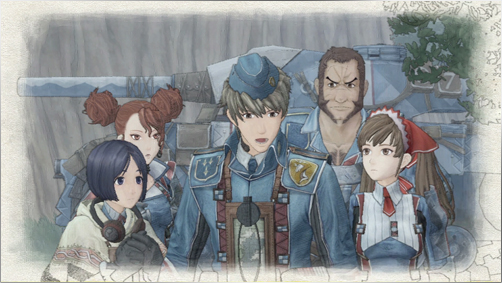 A few hours in you’ll gain access to the headquarters where you’ll be able to research upgrades for each of your classes (scout, lancer, sniper, etc.), as well as train them with the experience you’ve obtained on the battlefield. These RPG elements are kept simple and very streamlined by making it so that every upgrade you research (for weapons and armor) and every level up you gain is applied to every single character in said class, thus making every single choice you make count while removing the micromanaging of “should I level up Scout A or Scout B?” from the equation. 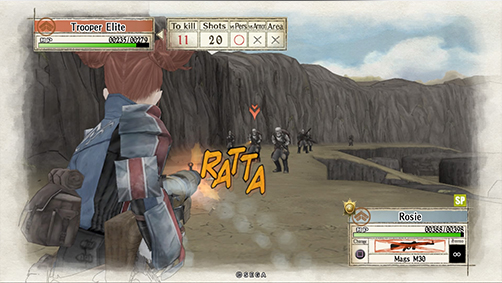 You can also upgrade your tank (yes, you do get to control a tank as well!) with a similar approach but you have to place upgrades on a grid to make sure everything fits together, and you don’t get an overpowered death machine that would greatly unbalance the game. But yeah, a tank! And speaking of the tank, I did want to mention before I forget that activating the tank takes twice as many action points as activating a regular troop in your army, so plan accordingly and make sure you don’t leave a troop or two in a dicey situation just because you wanted to use the tank to drive over some of the cover used by your enemies! 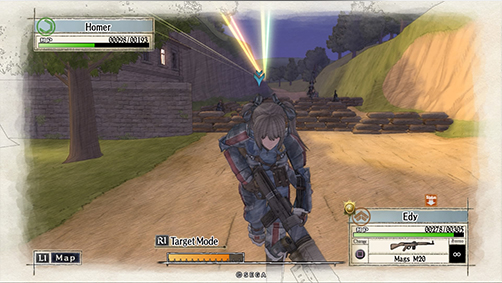 Trophy hunters, rejoice! We asked and asked for trophy support to be added to the PlayStation 3 version, but it never happened. Yes, Valkyria Chronicles released on PlayStation 3 during a time when trophies didn’t exist, and while some games were patched to include this feature, this was not one of them. But now that it has been released on PlayStaiton 4, we’re getting a full trophy list with a Platinum trophy! The only problem some of you might have with this is that the trophies mimic the in-game medals system, so that means you need to get an A rank on every single mission! This is not impossible, and it’s actually easy to do once you’ve played a few battles. But, at least to me, the A rank grading is the one wrinkle in an otherwise stellar release. Why? Because the A rank does not take into consideration how many enemies you defeat for each battle (which is what you’d expect), no sir. All it cares about is that you complete a map in as few phases as possible. Each phase is the set of turns you can take with your action points, which sort of goes against the strategy side of the equation. But you can’t just rush with a single character at the start of a battle and think that will be enough to get to the end in a single phase, because said character will be shot dead in an instant. So while there is SOME strategy involved (you’ll need to command a couple of units here and there to defeat dangerous enemies as well as to serve as protective fire for your “main” character that will rush to complete the mission’s objective), I would have liked it if an A rank for a mission made you defeat every enemy instead of having to finish as fast as possible 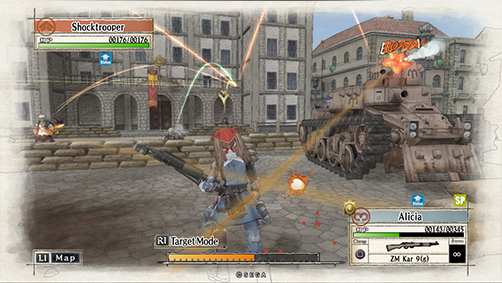 Valkyria Chronicles Remastered is a great new take on a classic that allows it to shine for a whole new generation. The bump to 1080p with a solid 60 fps really helps the artwork shine, and the gameplay is just as good as I remembered it. The fact that it includes all DLC in a single package is just icing on the cake. This is a must-have for your collection, so be sure to hurry up and grab a physical copy before it is too late! 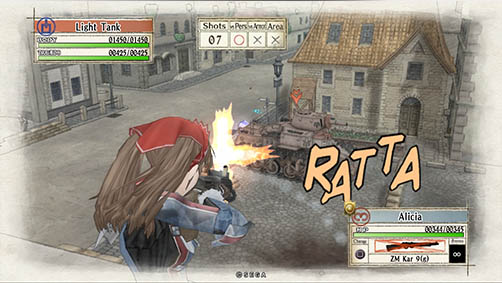 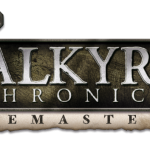