Become the Hundred Knight and help your mistress finally become free from her Swamp domain. Are you ready to help her escape, no matter the cost? Then come and check out our review for The Witch and The Hundred Knight: Revival Edition on PlayStation 4!

You are the strongest creature known: the Hundred Knight. Spread the swamp with your master, Metallia, dominating, devouring, and destroying anyone or anything in your path. Then, test your might by ascending the Tower of Illusion!

This is a double review for the PS4 version of The Witch and The Hundred Knight: Revival Edition. The game was played by both the_nmac and EdEN. This review presents what they both had to say.

This is a spoiler-free review.

The Witch and The Hundred Knight: Revival Edition is an upgraded port from the PS3 Version of the game. I never actually got to play the PS3 version so I will share my experiences with the game. EdEN actually reviewed the game originally on PS3, so I will let him speak to the differences between the two versions.

The game starts with the creation of the Hundred Knight, who only has 100 days to live. It takes you through a roughly thirty minute tutorial on how to play the game, and you hack and slash your way through the opening while all of the game’s major mechanics are explained to you. As far as tutorials and introductions go, it’s mysterious and useful at the same time, which is a very interesting mix. 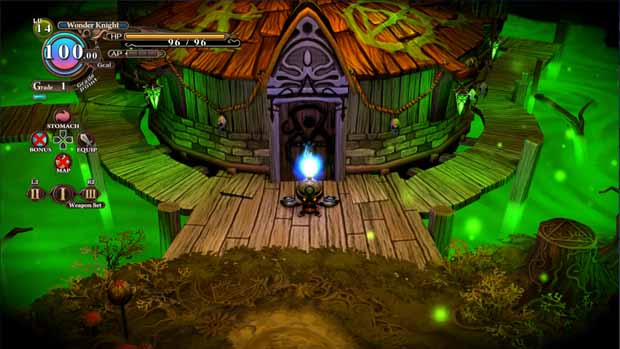 From there the game opens up a little more as you are introduced to Witch and the other characters in the game. Without spoiling too much, the Witch can’t leave the swamp and wants to spread the swamp around the forest so she can be free to move around. As the Hundred Knight, you need to brave the forest and defeat its creatures to help your mistress. The game’s characters are interesting and well imagined. While the Witch is miserable and despicable, she has a certain humor to her. Her interactions with people are blunt and mean, but it’s interesting to watch and very different from how I’m used to seeing people act in other games I’ve played.

The game has a unique attack system that I really haven’t seen before. It’s similar to Diablo series in that it’s a hack and slash game with a similar viewpoint. Your character can have up to 5 weapons equipped, and it uses them in sequence as you attack, so you have to decide how you want to use them to maximize the damage. The game also has a dodge mechanic and lets you run around the map, giving you some great combat options. It’s a fun system, but, it does get repetitive after awhile, but that’s really the case for most hack and slash games. 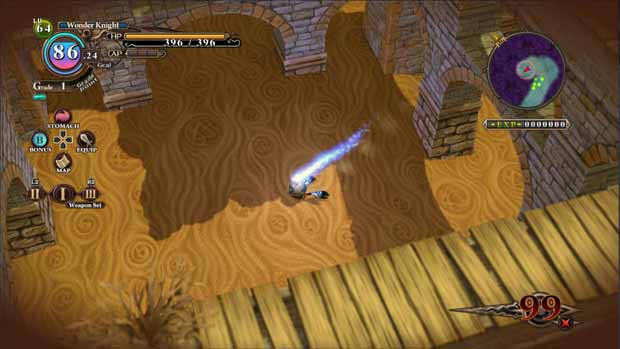 The Witch and The Hundred Knight: Revival Edition on PlayStation 4 now includes a new coat of paint that makes the game’s art style shine, with new textures, new lighting and upgraded models vs. the PlayStation 3 version. There’s also a whole new area called The Tower of Illusion where you can offer your weapons to open the doors to a world of hurt! In the Tower of Illusion you’ll be fighting enemies that will be as strong as the weapon you’ve offered, so the stronger the weapon, the bigger the challenge… and the better loot you can find! I’d suggest that during your first runs in the Tower of Illusion you start by sacrificing weapons that aren’t as powerful so that you can get the hang of things or else you’ll be overwhelmed in no time.

The Tower of Illusion also holds another secret. By collecting Concentrated Mana, you’ll get a chance to summon Metallia so that you can play as her! This was not an option in the original release and playing as Metallia definitely adds a new element to the mix. The only problem I have with this is that you can only play as Metallia in short burst, and I would have liked it for her to be available during longer sessions.

The final element added by the Tower of Illusion is that you’ll be able to upgrade your weapons thanks to the catalysts you’ll get a chance to collect during your runs at said area, and this will grant you boosts to their stats, allowing you to balance things out and improve weapons that would otherwise not have been ideal for the job, thus making this a welcomed addition. 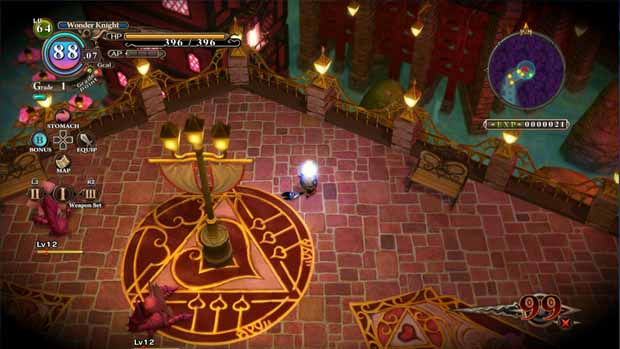 We enjoyed our time with The Witch and the Hundred Knight: Revival Edition. It was a fun hack and slash the filled a void I had been looking for recently. The world is interesting and full of unique characters, especially The Witch, who is not really a likable character, yet somehow you still find her enduring. You will have a lot of hours to spend with the Hundred Knight as you aim for its platinum trophy.

You can purchase The Witch and the Hundred Knight: Revival Edition from the PSN.

Disclaimer
This review is based on PS4 digital copies of The Witch and The Hundred Knight: Revival Edition provided by NIS America.

New SMITE Update coming to the PSN next week!!