No Man’s Sky Delayed To August

After rumors circulated about a possible delay for No Man’s Sky, Hello Games has finally confirmed that there will indeed be a delay for the game’s release, and that they’re now looking at August 9 for the North America release, followed by Europe in August 10 and finally the UK on August 12. 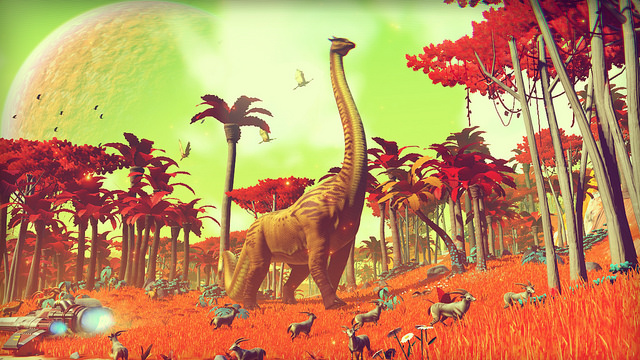 Hello Games had this to say about the delay:

The universe of No Man’s Sky is incredibly vast. More than you can imagine. This is a type of game that hasn’t been attempted before, by a smaller team than anyone would expect, under an intense amount of expectation.

And despite all of that, development is genuinely going well. This is the hardest working, most talented team I’ve ever worked with, and I’m so proud of what we’re doing. For all our sakes though, we get one shot to make this game and we can’t mess it up.

To the loyal community who’s stuck by our side since the unveiling of No Man’s Sky years ago, we hope you’ll accept our sincere apology and I am humbly asking that you’ll still look forward to exploring our universe despite the slight delay.

What do you think of the delay? Have you already pre-ordered the game? Let us know in the comments below!