Adam’s Venture: Origins is a re-imagining of Adam Venture Chronicles, a game that was originally released on PlayStation 3 (with itself being a bundle of three episodes previously released on PC). It takes the content of the original release and throws a new coat of paint over everything after its move to the PlayStation 4. It contains new gameplay and animations to spice things up as it re-imagines the events of the first adventure of Adam Venture.

The game will start with Adam sleeping after being bored from having to research several books along with his dad. Players are them prompted to make him stand to get the game going (but you should wait for a bit so that you can get your first trophy once Adam’s father mentions how his son was a heavy sleeper), and you’ll be tasked with finding your father’s assistant. This allow the game to show you the ropes through a very short tutorial (all you really need to worry about is walking, running and jumping) to get you going. 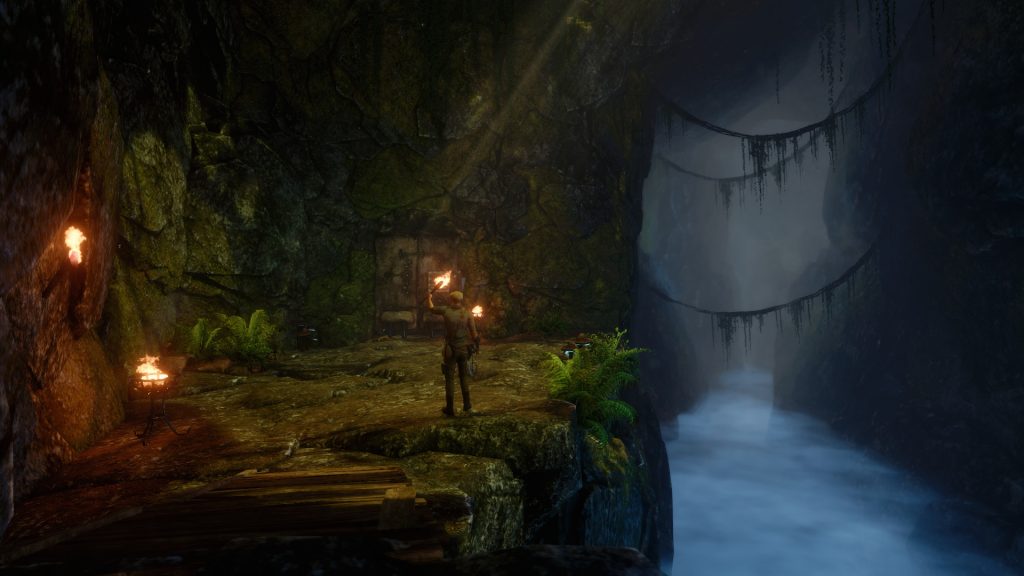 After finding your father’s assistant, you’ll quickly be thrown into the game’s first puzzle, giving you a small taste of what to expect from the game. The first real puzzle is of the “move dials until you form the secret word… but moving this dial will move that dial two spaces, oh and that dial might move that other dial back a space or two” variety, something you should have experienced before in another release if you’re an adventure game fan. The rest of the puzzles will require you to fix things, move things around to open new paths, search for things, and so on.


After completing the first section of the game, you’ll soon gain access to a grappling hook, a very handy tool that will allow you to swing over bottomless pits or grab onto out of reach wooden planks you can then pull to turn them into makeshift bridge. Just be carefully as you time your swings or you might end up letting go at the wrong time and not be able to build up enough momentum, falling to your doom. Luckily the game is very generous with its checkpoints so if you die you won’t have to redo a lot of the stuff you did before your life was extinguished. 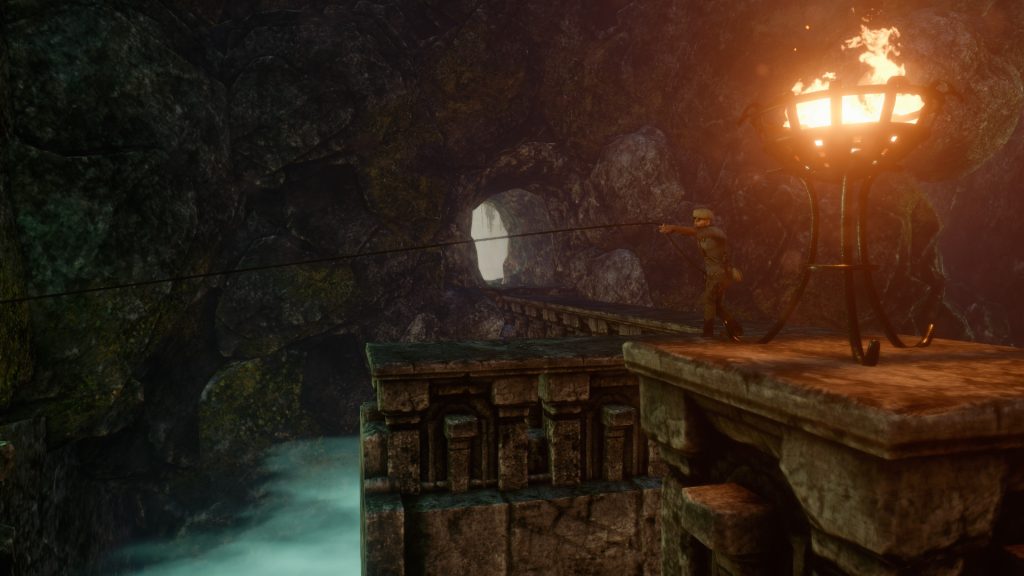 Adam Venture: Origins is a short game that will take you around three to four hours to complete at most depending how good you are with puzzles, so you definitely need to take that into consideration before you dive in. On the bright-side, the game does include a full trophy count with a Platinum trophy, and other than one particular trophy, all are story related and, therefore, unmissable. Trophy hunters, rejoice! 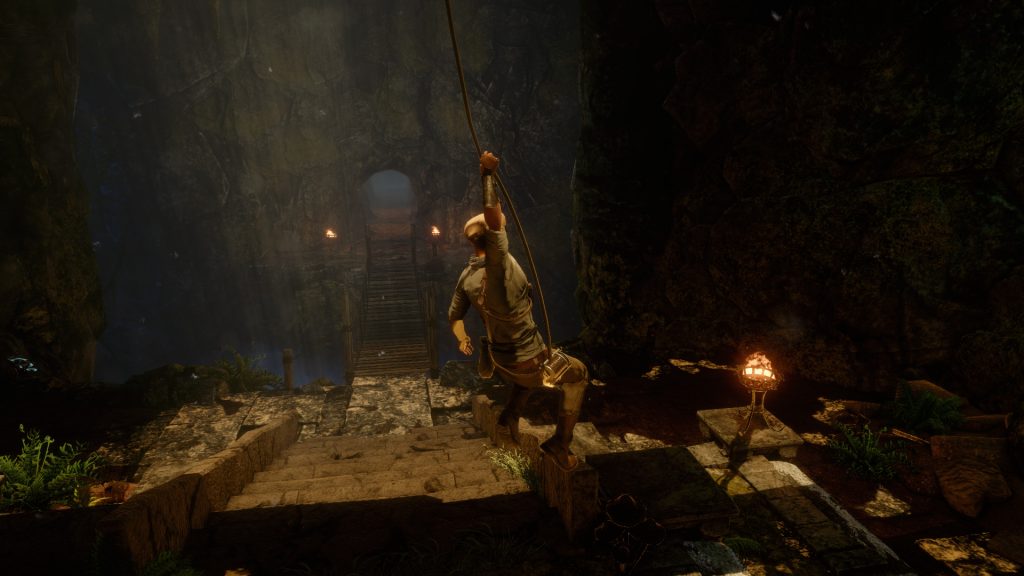 Adam’s Venture: Origins is a fun adventure game that will keep you busy for a handful of hours depending on how good you are at solving its puzzles. While calling it a full-on current-gen remastered would be going too far, the bump in texture quality and framerate in comparison to the PlayStation 3 Adam’s Venture Chronicles is noticeable, making this the definitive version. There is some screen tearing here and there in Adam’s Venture: Origins and the voice acting is a big letdown with the game, but overall I can recommend you give the game an afternoon or two.

Disclaimer
This review is based on a copy of Adam’s Venture: Origins provided by Soedesco. 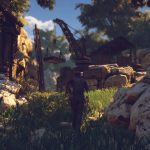